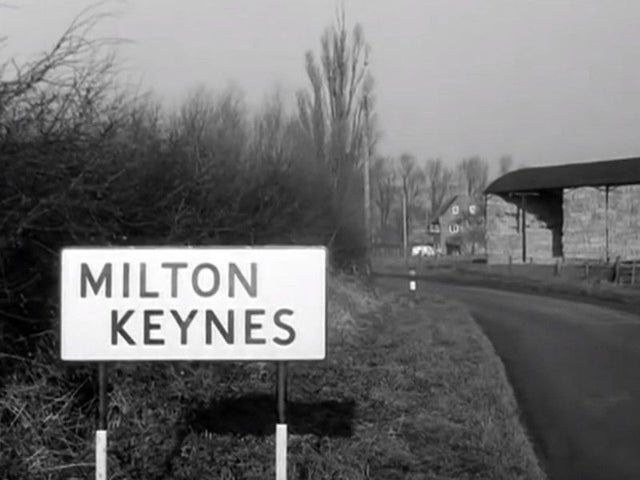 Dave Lewis is a 42 year old man who previously lived in Watford with his wife Anne. Recently the couple have had their first child and decided that as a new family they also needed a new start. What better than the futuristic town of Milton Keynes, which is only an hours drive up the M1 motorway.
To go with this new life they also need a new car to fulfil family duties. The couples current car, a weirdly small Italian vehicle with an unpronounceable name is neither large enough or safe enough any more.

98 RON fuel (i cant find a definitive source on this but i believe four star was widely available in 1967, if anyone can prove this wrong then i will gladly change the limit to 92RON

Max loudness of 40, however if you can go quieter then the sleeping baby will thank you.

No race parts or limited production.

Use radial tyres, these were the usual choice in Europe so i can’t see any reason to go for cross ply

Body trim and engine variant should be between 1965-1967, to account for cars that don’t get a yearly facelift.

Comfort, this is to be a car for a new family, able to take them on seaside trips without breaking anyone’s back.

Driveability, Dave has only driven very small cars before so some kind of land yacht is not going to be ideal, the car needs to have dependable driving dynamics.

Reliability , Dave isn’t especially handy with cars so a roadside breakdown with a screaming baby around probably wouldn’t be the best outcome for their new car.

Safety, whilst safety wasn’t the huge concern it is now, no new parent wants to transport their first born around in a death trap so aim for a decent level overall.

Practicality, the car needs to transport 2 adults and a baby, plus all of the paraphernalia that children entail. Early child seats were bulky and a pain to remove so easy access is vital.

Fuel economy Fuel wasn’t as expensive as it is now but prices in the UK have never been exactly cheap so any penny saved at the pumps is always welcome.

Service costs This class of car should naturally have quite reasonable service costs but making them low would be quite welcome.

Purchase cost A lower price car is always nice. However the couple are happy to use the full cost if they find a car that really fits their needs.

This is the first CSR i have done so let me know if any of the rules are junk or anything needs clarifying.

I think the rules are fine and I love making 60s cars so I will join.

Body type selection should be pretty obvious for a family car, no coupes or pickups.

To that end, Mr. Lewis and his family are most likely looking for a four-door car - but given that practicality is of importance for them, does it really need five full-size seats, as I am planning to use?

Also, reliability should be a priority as well, considering the fact that our client will be using his new car a lot when he buys it.

Last but not least:

Prestige not hugely important but a nice looking car is always a bonus,

To that end, aesthetics (especially exterior styling) might turn out to be the decider in the final stage of judging.

Anyway, this is the third (pre-21st-century) classic car round in a row we’ve had, and from what I’ve seen from the rule set so far, it’s shaping up to be just as good as the last two.

Addendum: It might be possible, but unlikely, to build a sufficiently practical car with four full-size seats. However, with this round’s focus on practicality, I would rather sacrifice some comfort and go with five instead.

Feels like very few cars in the segment used anything else than 5 or 6 full seats back then ( depending on bench or bucket up front).

Oh boy! Finally an excuse to make an Allegro Estate!

Also, reliability should be a priority as well, considering the fact that our client will be using his new car a lot when he buys it.

I’m not sure how I forgot this but yes reliability is an important stat. I’ll add it to the rules.

Thank you for noticing and rectifying this omission of a key priority - trim reliability is paramount for lower-end mass-market cars.

Speaking of priorities, I should add that sportiness is not likely to be a major factor in judging, although Dave won’t consider something that’s too slow for the era.

imma just add service costs to the list.
spending a fortune after purchase isn’t favorable, especially given fuel consumtion being greeater than none as well

spending a fortune after purchase isn’t favorable, especially given fuel consumtion being greeater than none as well

I have to agree - low-end family cars are meant to be as cheap to run as they are to buy. As for tyre type, can we use radial tyres, given that they were commonly available in Europe back in 1967? Also, does Dave prefer automatic or manual transmission? And what about power steering? Would it make sense for his car to have it, depending on market positioning?

Great! I have a reason to make an old gen Munot!

Perhaps the 35 loudness limit is rather low for a 1960s smaller budget car? Cars from that era tend to be rather noisy, and only have one muffler, especially in europe, and currently it’s quite hard to even make a 1200cc i4 go below that limit with a single reverse flow muffler without excessively restricting the airflow

I think we also need clarification on bias-ply vs radial tyres.

The stats difference between the two is huge, for my current build radials get 4mpg, one comfort, over 2 sportiness, and over 2 drivability, compared to bias-ply.

Given cars at the time could realistically have either, it makes sense to make a decision to avoid future salt and infighting, some other CSRs have mandated a certain fuel for similar reasons in the past.

Perhaps the 35 loudness limit is rather low for a 1960s smaller budget car? Cars from that era tend to be rather noisy, and only have one muffler, especially in europe, and currently it’s quite hard to even make a 1200cc i4 go below that limit with a single reverse flow muffler without excessively restricting the airflow

I built a test engine displacing 1600 cc, fitted two reverse-flow mufflers to the (small-diameter) exhaust, and cleared the loudness limit with ease. Just to be sure, I downgraded to baffled mufflers and it was still under said limit.

As for drive type, most (C-segment) family cars of the era were RWD and had longitudinally mounted engines, unlike today’s equivalents, which have transversely mounted engines driving the front wheels (or in some cases, all four). And back in 1967, rear suspension for C-segment cars was usually a live axle with either leaf or coil springs - but not always.

98 RON fuel (i cant find a definitive source on this but i believe four star was widely available in 1967, if anyone can prove this wrong then i will gladly change the limit to 92RON

As far as I am aware, the star rating system for petrol was first introduced in 1967, with 98 RON being rated as four-star petrol. However, is the use of that particular fuel type actually mandatory? Especially since I also have a hunch that lower grades (with lower octane ratings) were available, and I can get sufficient performance from my test engine using 92 RON regular leaded.

And regarding car sizes, Dave’s previous car was quite small, so he’ll want to trade up to something larger - preferably a C- or D-segment car (Ford’s Mk1 Escort was an example of the former, while the Cortina fell squarely into the latter category), possibly even a premium version of the latter if he can afford it in the long term.

The car will need to make the trip to Southend-on-sea once a year for the family holiday, so some kind of motorway and A-road ability without bouncing off the rev limiter would be ideal, the motorway limit is 70mph as it is now.

To that end, Dave would like an overdrive top gear, where the gears are lengthened such that the power peak in top is well above the maximum speed.

If you had read my post carefully, I mentioned that reaching this number with a single muffler is rather hard, and if we are going with realism, single muffler is the way to go, as not even all fullsize cars had two mufflers per pipe.

For realism, absolutely crossplies in this class in 1967 unless you’re french. Even on Mercedes it was a fairly expensive option far into the 70s with radials.

For realism, absolutely crossplies in this class in 1967 unless you’re french. Even on Mercedes it was a fairly expensive option far into the 70s with radials.

yes after doing some more research now i think i under estimated how common cross ply was in the uk still. However for the sake of making the rules easy to follow i will keep the radial rule in. Having different tyres for different countries just makes it a nightmare.

I didn’t see any tyre rule until after my reply, sorry.

But as usual, I think the UK was among the most conservative since IIRC the base model Mk2 Escorts came with crossplies all the way until production ended.

But I see nothing wrong with that rule either TBH. If EVERYONE has to use radials, it is probably an option the customer is going to demand anyway. And if he had tried some radials back in the 60s, he would probably not go back to crossplies. My grandfather bought his first radials for his Austin A60 in the late 60s and said that it transformed the car completely and that he never looked back. Something similar when it comes to our customer I guess. Especially if he is driving an italian car now he might have tried some Pirelli Cinturatos on it that were among the earliest radials, along with the Michelin X etc.

right then, i have made some changes to the rules and some clarifications so make sure to read the first post again.

Hopefully everything is ok now and I will open the round to submissions from now.