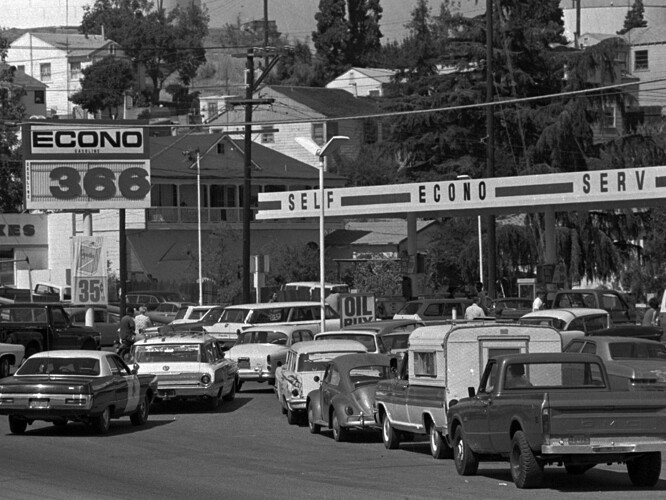 “Damn it!” cursed John Rogers, banging his hand on the dash. He had just spent the past 2 hours waiting in line at his local gas station in order to fill the tank on his 1967 Chevy Impala sedan. However, just as he was approaching the front of the line, he saw an employee bring out the dreaded “Sorry, No Gas” sign. Sighing, John turned the key, and the Chevy’s big block roared to life. The needle on the fuel gauge showed a quarter of a tank left, barely enough for his commute to work the next day. Cursing the powers that be, John shifted the car into Drive, and delicately made his way home.

Arriving at home, John pulled the Chevy into the garage. He was getting desperate. Without gas, he would not be able to get to work. Without work, he would be unable to pay for gas. Since the oil embargo was declared the previous month, this had become the bane of his existence. John looked around the garage, and spotted his lawnmower. “Well, I suppose I can wait to cut the lawn,” he thought. As he emptied the gas from his mower into the Chevy’s fuel filler, John began to wonder, is there a better way? Is there some solution to this terrible oil crisis?

Once inside, John sat down on his sofa, and cracked open a beer. On the TV, the evening news had just gone to commercial break, and was showing an ad for some new car. “…smaller than the original Mustang, with an easy on gas 4 cylinder engine…” John sat bolt upright. “That’s it!” he exclaimed to the empty room. “I need a more efficient car!”

Me one second into reading “Damnit”

Is that the pre-markup price?

Yes, that is the price at 0%. I’ll make sure to specify that in the post.

Me one second into reading “Damnit”

Me reading it… “not too far off from what I was planning, myself.” 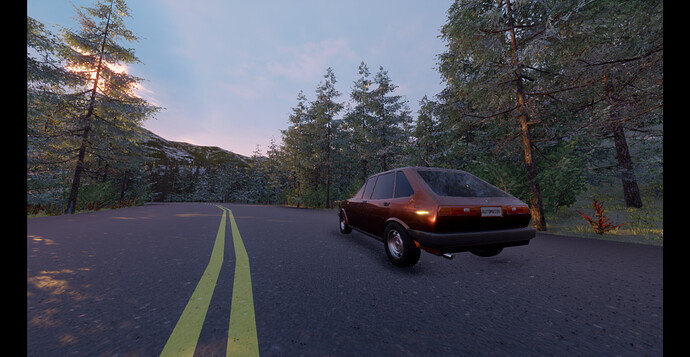 Economical motoring doesn’t have to be painful.

As you are aware, the recent oil crisis has led to a boom in the compact car market, and in response to this market trend, we chose to develop the economy car that’s just right for you - the Hanson Heron 2.0. Powered by a 2.0L single overhead cam inline-four running on unleaded gasoline, the Heron 2.0 is as parsimonious as it is sprightly, making it an ideal solution to all your fuel economy problems. And with 5 seats inside, it’s got room for you, your family, and a decent amount of luggage. Best of all, at just $7433, it’s well within reach of your budget.

Just a reminder that square sealed beam headlights were NOT legal in the US in 1974. You must use either 7" twin round headlights or 5.5" quad round headlights. 5 mph crash bumpers were also mandatory at this time. Please keep this in mind for your designs.

To avoid any confusion, I suggest @zschmeez to create a visual list of the allowed headlights, and post it here (better in the OP)
As European, it’s hard to grasp clearly this kind of classical USDM limitation.
Thank you

On the advice of @NormanVauxhall, here is a visual representation of which headlights are allowed.
The fixtures in-game which meet this requirement are:

I hope this clears up any confusion.

It seems that you have forgotten this particular fixture, which my entry uses:

This one has variants which can be used to simulate round sealed beam headlights in either of the required sizes.

How are you going to check or enforce the size of the headlights? So I can be sure I’m using the correct sizes.
In this case I had to scale down a bit the headlights unit in order to fit them into the fascia. 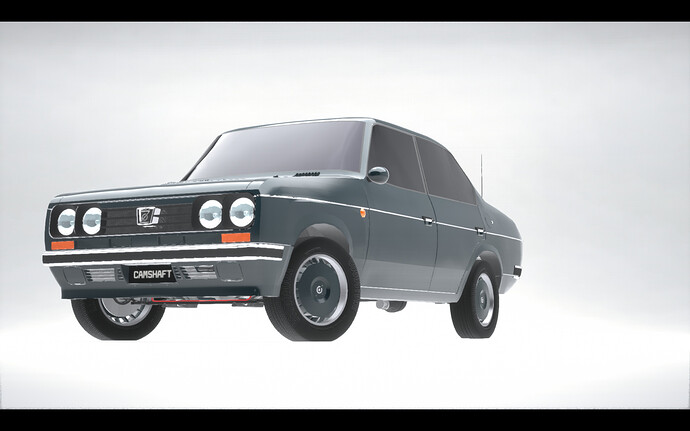 I’m pretty sure the upshot of this was just “don’t use square or integrated headlights”. I don’t see anything wrong with your front end, other than small cars tended to use larger dual rounds if they were domestics, where as imports were a split between dual rounds or quad rounds.

Edit: I didn’t see him say this, but there are a few other things that were required on US cars in this year. It would probably be a good idea to design your car with them.

You don’t even need gas with this car, it runs on smiles. The 1974 Voguish Parliament, from Voguish Technologies is here to take you anywhere you need to go. With elite scores in top United States auto magazines, this car is a winner. 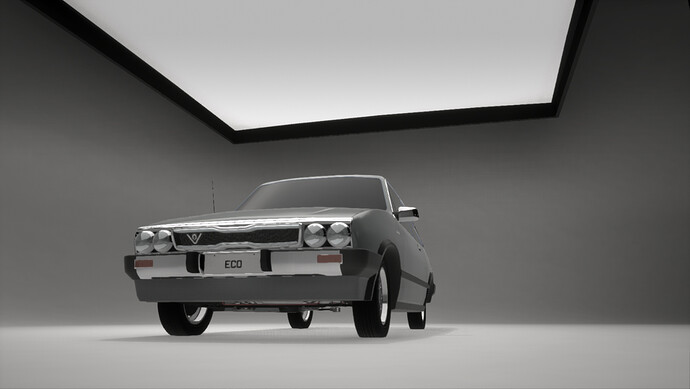 30 Miles to the gallon, from a Fuel Injected Inline Four makes this car futuristic, serviceable, and squeaky clean. 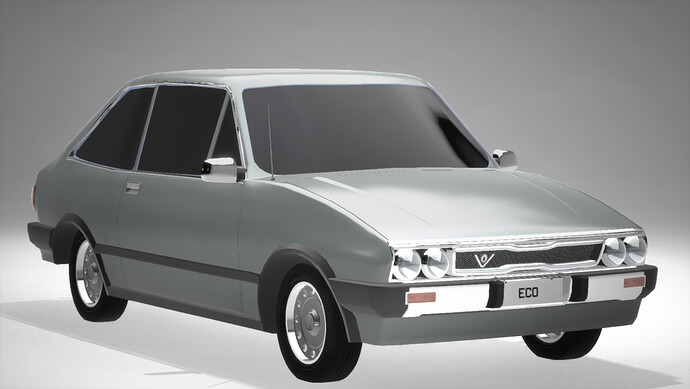 Featuring a Vogue Audio AM Radio. Premium plaid interior, and front wheel drive, this car is an excellent highway cruiser. 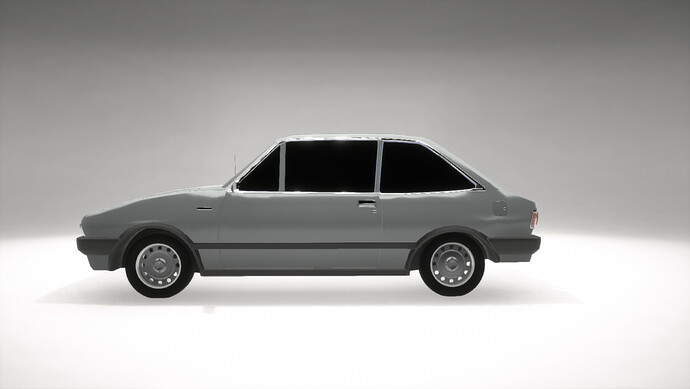 There’s an auto dealer in every city of every state that can make you a deal, but can you say no to only $7800 dollars? 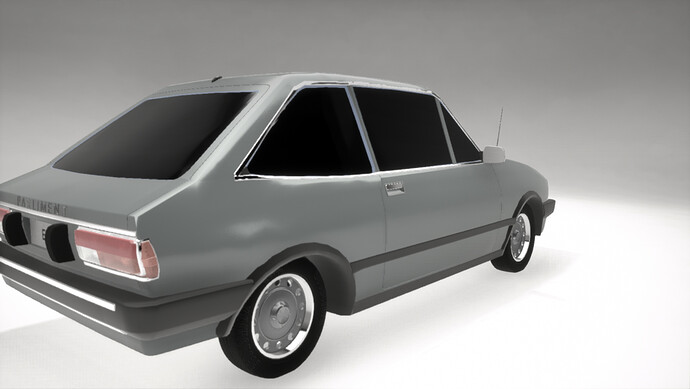 So Pick up your 1974 Voguish Technologies Parliament, today! 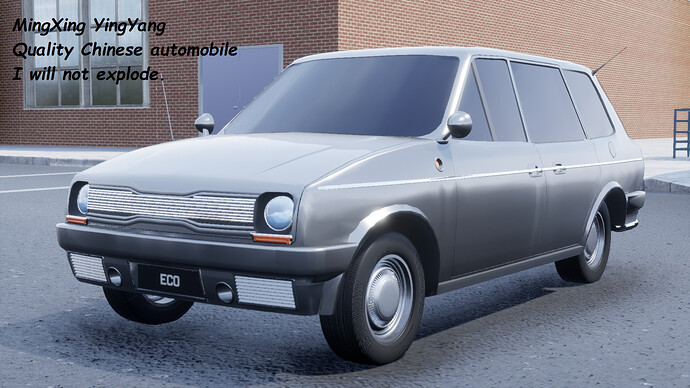 “I will not explode” 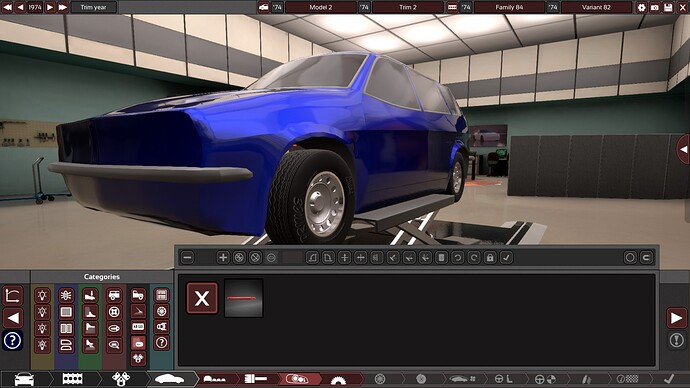 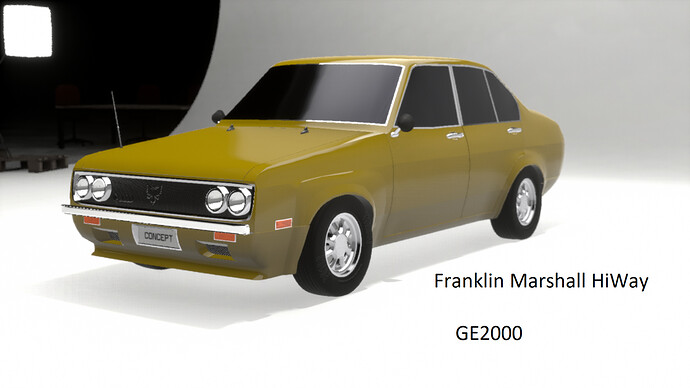 The all new Estrada Citadel, with European flair and efficiency, now available in America, this small car is perfect for commuting to work or taking the family on a day out. It is powered by the C3-997, a powerful yet efficient 1.0l 3 cylinder engine, uniquely, with a 9 valve setup, to keep fuel economy up and emissions down. The 3 speed manual gearbox is perfect for city driving and highway cruising, with the 3-Cylinder engine quietly thrumming in the background, it makes for a comfortable, fun and easy drive. It’s European styling has never been seen before in America, and will certainly stand out against the masses of Chevrolets, Mercurys and Buicks on our roadways. With impressive commuting ability, there has to be a catch, right? The engine must not have enough power to run efficiently, right? Wrong, with 50bhp, this car can run efficiently and quietly, achieving 23.9 miles per US gallon in our tests, and at just $6261, its practically a giveaway. The all new Estrada Citadel; powerful, beautiful, efficient. 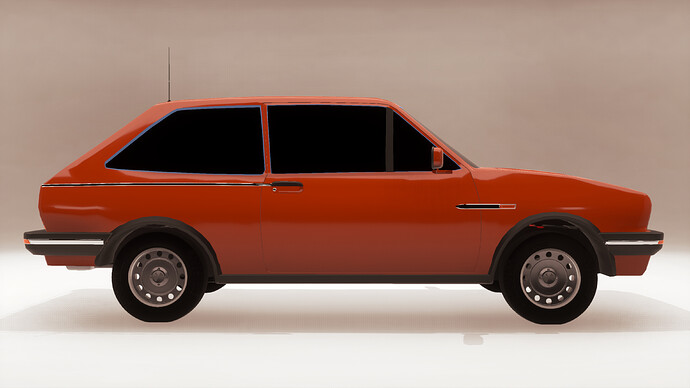 HighresScreenshot001073840×2160 1.36 MB
The hatchback form factor of the Citadel helps to keep it small and compact, reducing weight and improving efficiency. 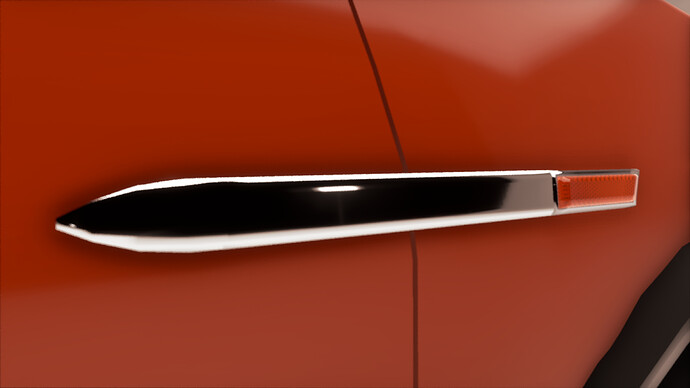 HighresScreenshot001093840×2160 693 KB
With smart, elegant styling, Citadel looks more premium to your eyes than your wallet, and, as an extra bonus, helps it stand out from the crowd. 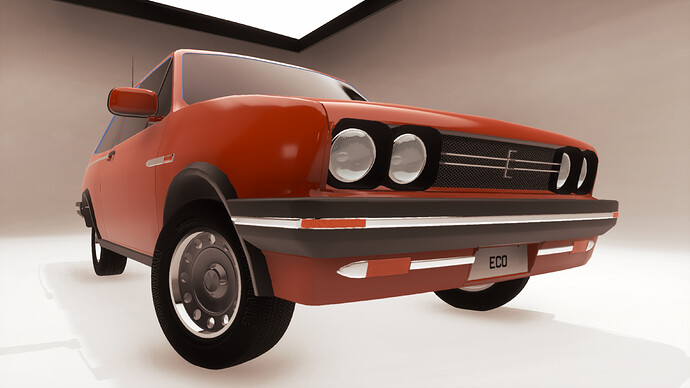 HighresScreenshot001113840×2160 1.4 MB
The elegant and simple from fascia keeps the engine cool and the car looking distinct. 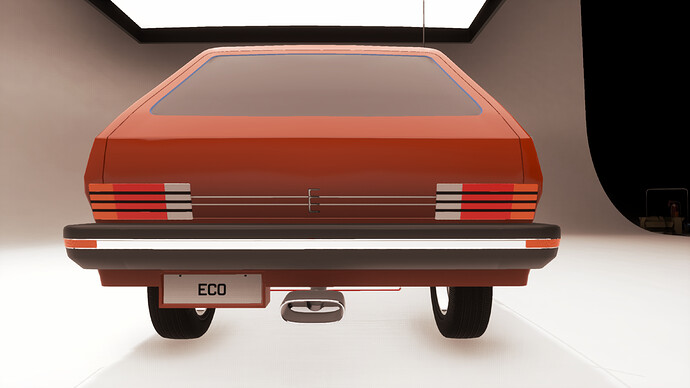 HighresScreenshot001133840×2160 1.12 MB
A simple rear design keeps the trunk easy to use, yet unique elements such as the centre exhaust and light-to-light badge keep the car unique. 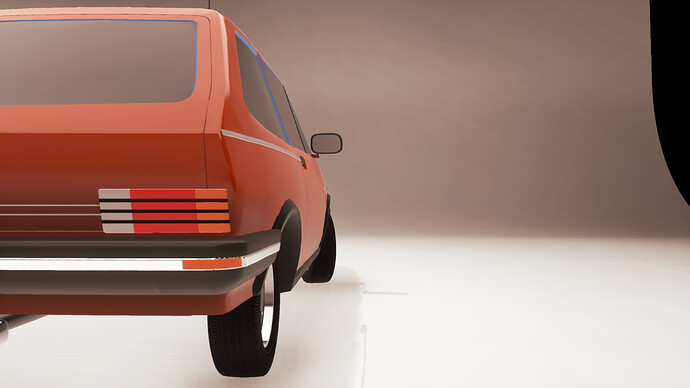 HighresScreenshot001153840×2160 1.08 MB
The clean sides help the Citadel to be just as Aerodynamically efficient as Estrada’s sports coupe, the Sportiva. Although, rather than helping the Citadel to go fast, it helps it be as fuel efficient as possible.
3 Likes
VicVictory 30 August 2018 13:13 #20 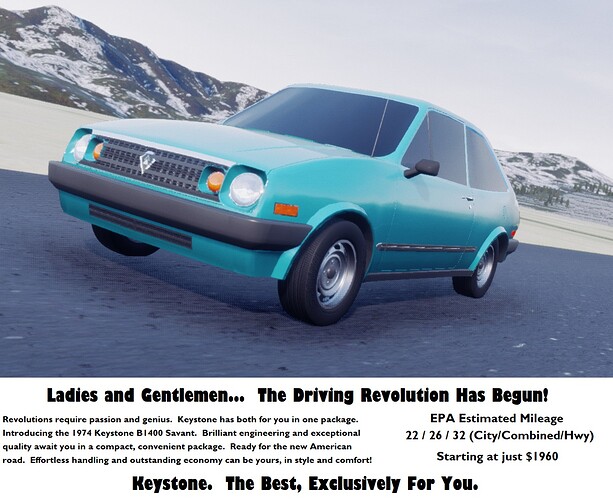