Here I will place cars projects. 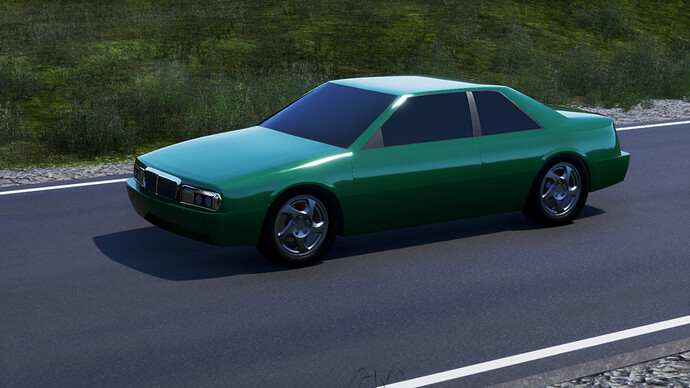 May i suggest More detail and A better choice of Grill?

I think it’s an unfinished test mule for all intents and purposes.

Driftpig1779×849 419 KB
Never leave your car unattended when a bored Bogliq engineer is about!

Bogliq engineer Plictisit Util, seeing that his Russian neighbour was having trouble with his imported Driftung, wanted to help him out by getting his car running and roadworthy.

Plictsit knew his neighbour had been tinkering with his Driftung with the intention to go drifting one day so he decided to help him out by having the Driftung stolen, delivered to the Bogliq R&D centre as a “test mule”, then proceeded to requisition company funds to finance the entire modification process…

The car you see here is the result of his creativity, kindness and lots of embezzlement!

Once the car was completed, Plictsit had the car stealthily returned to his, soon to be very surprised, neighbour then he returned to work. The next day he was found out, arrested and sentenced to prison for 5 years for fraud…

It’s been renamed so that the original car isn’t overwritten. I hope you enjoy my car as much as I did making it!

Here’s my take on the project: 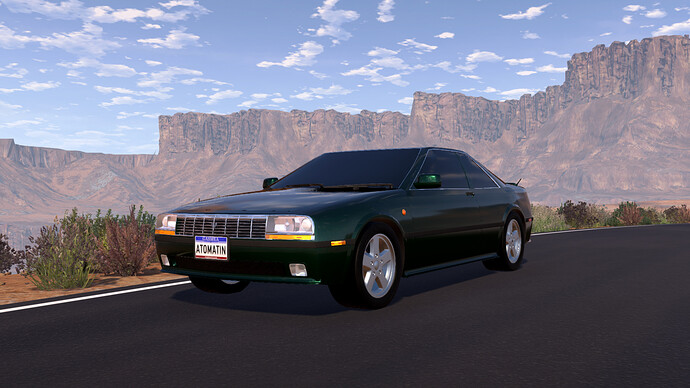 I found the body to be far too boxy for 2010 and later, and being the massive Youngtimer fan that I am, I ended up making an early-90s mid-sized American personal luxury coupe out of it - the 1992 Davis Draco 6.0 GT. It’s a competitor to the Chevy Monte Carlo and Ford Thunderbird, but smaller and lighter, and with fully independent suspension front and rear, making it a more European take on the theme than most. Of course, such a car wouldn’t be complete without a V8 up front driving the rear wheels like a real muscle car should - in this case a 6-litre all-iron pushrod unit replacing the original engine, and sending 310 horsepower and 355 lb-ft of torque to the rear wheels via a five-speed manual gearbox and limited-slip differential, as shown here. 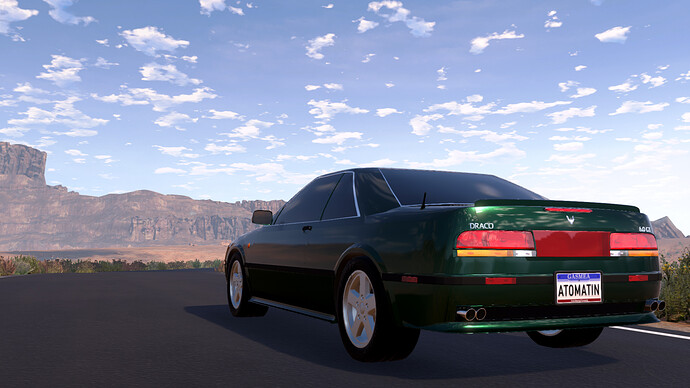 One more thing: unlike in the original car, there’s no sign of quality spam (which always fills me with revulsion) - I used quality points sparingly on the engine and trim - and it uses a conventional (corrosion-resistant) steel body and chassis, as expected for this kind of car.

Yes, this is exactly what i wanted.
Goodly.
I will currently drift on it.

I had an idea to create a car for drifting.
It seems to me the rule that it is better to drift on the rear wheel drive this is a myth.
Drift better on all-wheel drive.
The perfect drift when you can get out of a skid of 120 degrees.
I saw the Japanese are so able.

The car you see here is the result of his creativity, kindness and lots of embezzlement!

And a way of removing the over abundance of indicator units in the stores!

Hahaha, I suspect he found an old box full of them in the storeroom and the parts guy made him take the whole box!

This is my second SUV. 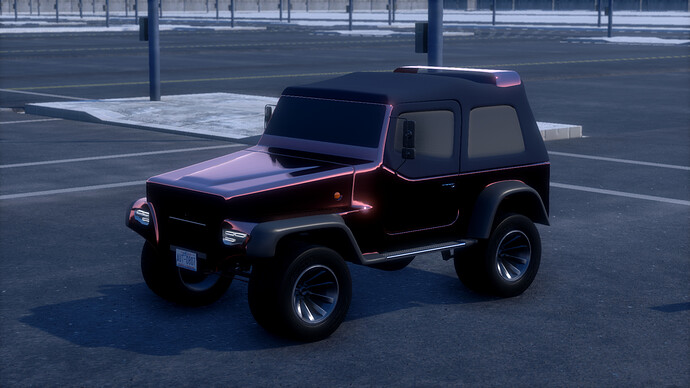 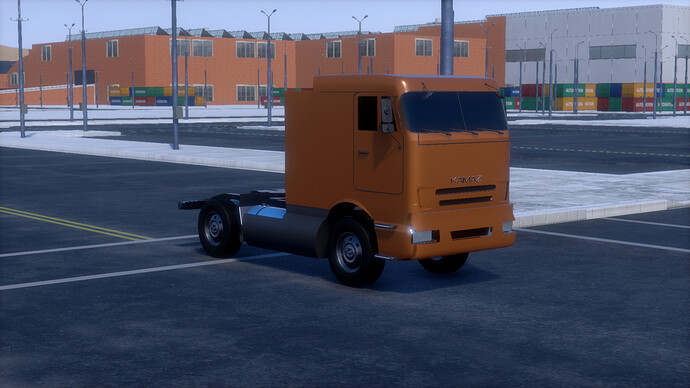 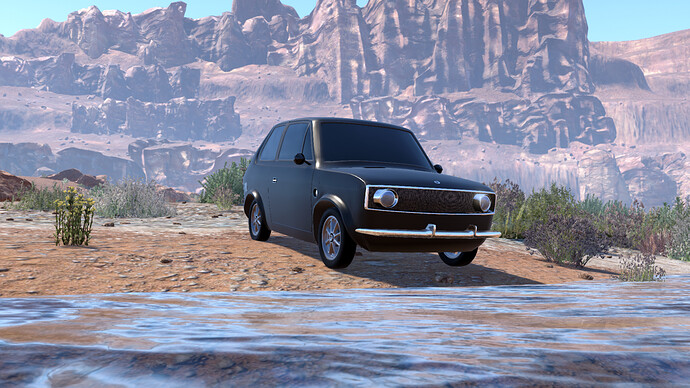 This is Super Universal where you can put your bike.
The initial trim is designed for one to two people.
233 horsepower.
244 nm torque.
Weight 1042 kg. 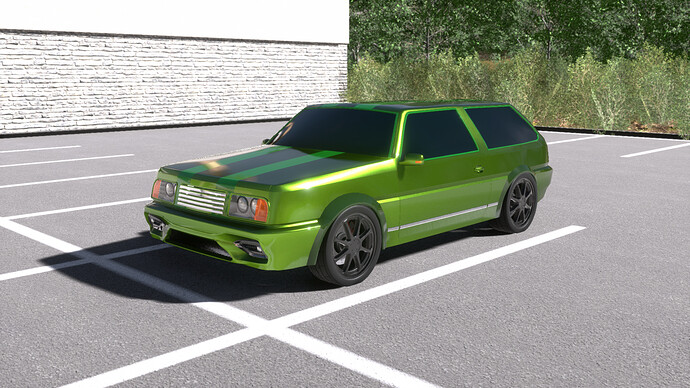 This is my second copy of the Mercedes Gelandewagen. The first model which I made was a Mercedes G55 AMG made of carton.
Wheelbase 3.07 m.
Used mods:
Probability:
I. 10_kie_lor_suvv_bp_preview [in game 10_kie_lor_suvv_bp_preview]
II. 10’s Big Kei Offroad
III. 10’s Kei Offroad
IV. IV Variant
scoops [air intakes]:
Scoop01 by Corvette6317
469 hp.
4 litre
707 nm.
This is the most powerful Gelandewagen among all city complectations.
For the track I recommend increasing the size of the brake discs, rims and maximally minimizing clearance.
This is a work of art.
Real Mercedes G500 Gelandewagen in your computer! 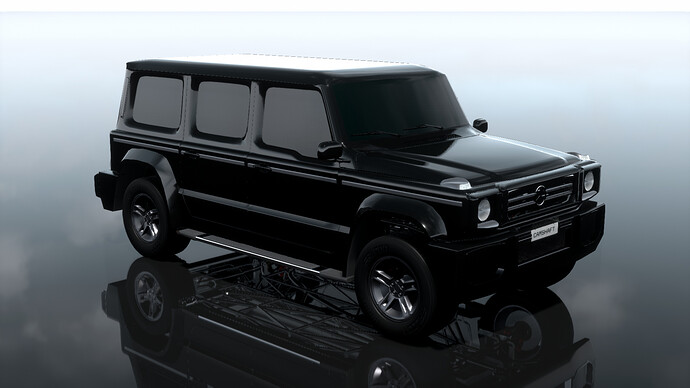 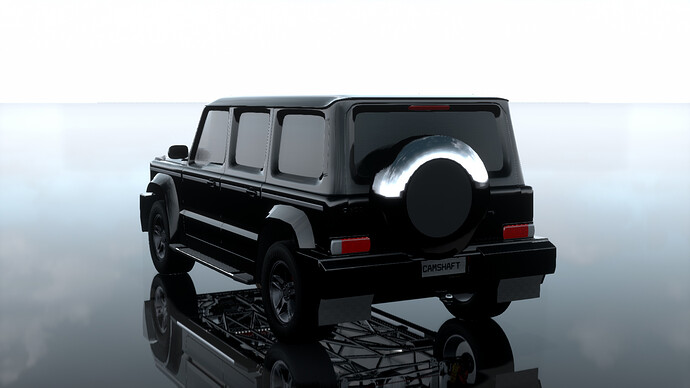 Hennessey Venom F5.
bi-turbo engine 1842 hp.
weight 1338 kg.
I am no recomended testing this car in BeamNG, because maximus speed is only in graph in Automation, RWD and 1817 bhp it is bad conjuction.
used mods:
Wheelbase 2.7 m
name in game: coupe_editor_Thumb
air resistance 0.25
Only one Variant body.
It is not Exige_LWB_CC_Thumb and Exige_CO_Thumb.
Police siren for square moldings. 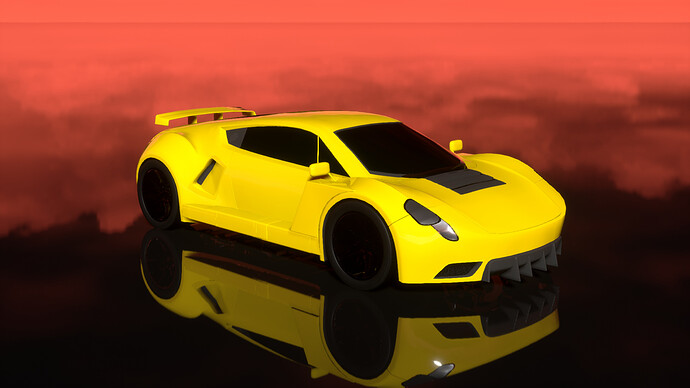 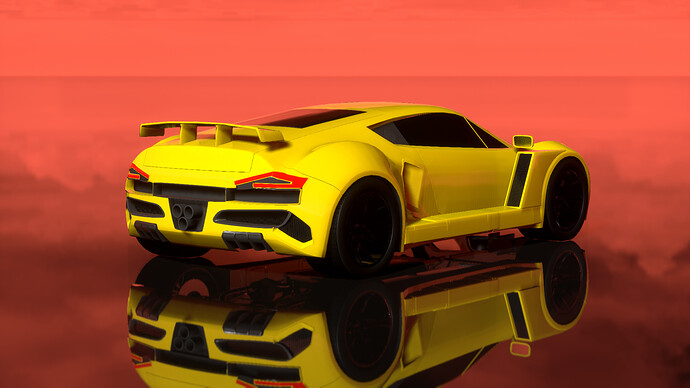 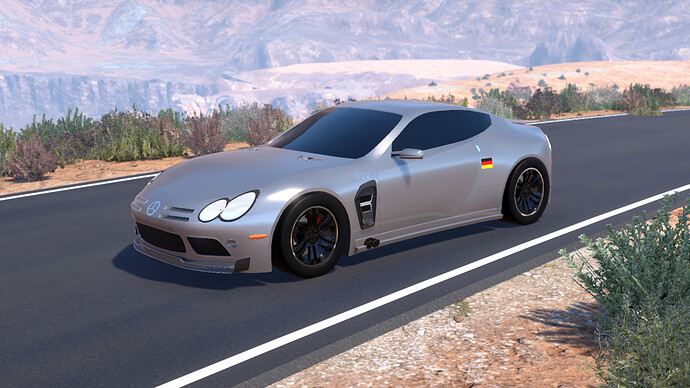 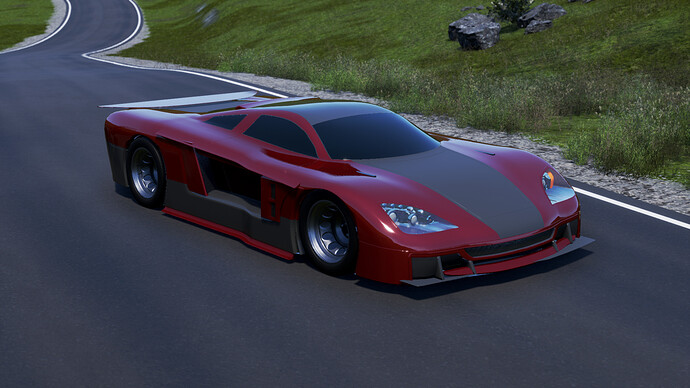 Pagani Zonda 12C 2002 7.3MT First Generation.
I didn’t work very much on design.
Used mods:
CaspitaSuper body.
I maded this car for driving at BeamNG and so chose a low-power engine because BeamNG does not precisely reflect gravity.
And slipping will not allow to operate the machine normally. 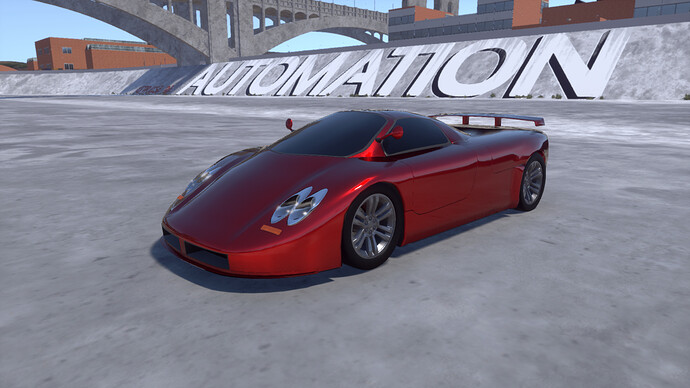