An ever-evolving story of progress for over one hundred years.

With 10 investors and 1,000 shares, Davalos Corporation officially was incorporated in Chelsea, Michigan in 1918. The very first Davalos vehicle, the 1920 Davalos Series 6, was mass-produced to great acclaim across America. Continuing to compete against competitors into the 1920s, 1930s, and 1940s, Davalos saw continuous success until contributing aircraft production for World War II.

After World War II, Davalos became highly influential in the American automobile market. The Sycamore was unveiled in 1949 and became a staple 4-door saloon in its class. It helped to mobilize American after the war in comfort for an affordable price, further establishing Davalos’ influence and contribution to American car culture. By 1955, the Sycamore had been joined by the Chicago and the Chicago Custom; based on the same body, these two demonstrated the more upmarket side of the company whilst also allowing for aggressive pricing for the standard-model Sycamore, which became the company’s best selling model of all time.

The 1963 Pyrausta established Davalos as a player in the performance vehicle field. After finding success in SCCA racing, Davalos revealed the “Baby Pyrausta” in 1968 - the Ballista. Fast as a bullet, it was the first-ever Davalos muscle car which continues to be one of the company’s most iconic nameplates as well as significant culturally in its influence in movies and media.

By 1971, the famed “Sycamore” name would be replaced by the Adonis, a more performance-oriented model aimed towards younger buyers. The impending oil crisis would downsize this model by 1978. In 1977, Davalos’ first compact vehicle would be released - the compact Astonish should’ve been just what Davalos needed to push through the recession, but it wasn’t quite enough to stand up against fierce competition from the Japanese.

In 1980, Davalos purchased a controlling stake in startup innovation brand Shromet Corporation - by allowing the original founder, Marc Shromet, to continue development of existing vehicles whilst also funding and taking inspiration from the nascent company with endless new ideas, Davalos and Shromet would form a bond that continues to pull strong to the modern day. The 1984 Davalos Astonish was released to critical acclaim in co-development with Shromet’s next-generation Radiant.

The primary breakthrough of the decade, however, was the mid-size Davalos Grand Rapid - noted for its sleek design and innovative features, it revolutionized the field. Utilizing Shromet’s knowledge in turbocharging and low-emissions vehicles, the Grand Rapid would become one of the most powerful vehicles in its class whilst maintaining emissions low enough to qualify the Clear Air Act Amendment of 1977 without a sweat.

Continuing their innovation streak with Shromet, 1992 saw the introduction of the first Columbia - Davalos helped establish the domestic SUV market. As SUVs became popular substitutes for family sedans, station wagons and vans, the Columbia became one of Davalos’ most successful vehicles. 1997’s Navajo would pioneer Davalos into another all-new crossover-SUV market, and as a result became another one of the company’s most popular vehicles.

Today, Davalos’s commitment to innovation and heritage is evident in each and every car we build. Bold design, extreme power, and an approach to cars that is purely American reflects on what Davalos stands for.

There’s already a whole company somewhere else on these forums named Elwood - but it does not yet have its own full-fledged thread. From what I’ve known, though, Davalos will use that name for a full-sized truck, one that’s even larger than the Savannah. As for the Ballista, it deserves to be as hard-hitting as its namesake, both on the spec sheet and the sales charts.

Anyway, this is a great start to yet another one of your company threads - I hope it’s remembered as fondly as the others you’ve made (Kimura, Rigore, Ridgwell-Jeong) when it’s fully developed!

Over 55 years of racing heritage, perfected. 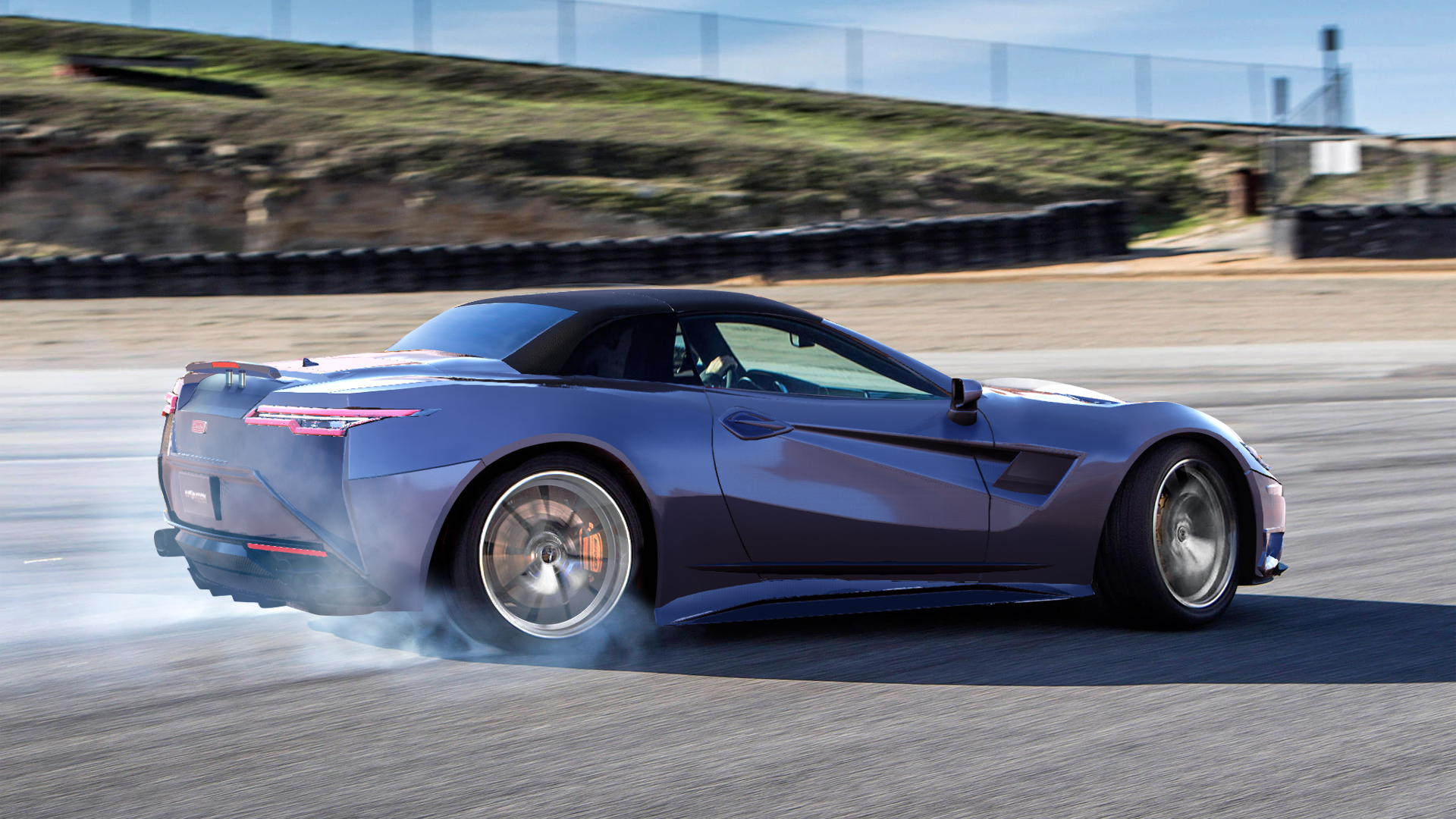 The new for 2019 Pyrausta is defined by the brash personality that its worn on its sleeve for 56 years - this time, it comes around more refined than ever. The latest in a long line of Davalos V8 engines, the standard OHC 5.8 Liter V8 produces a hearty 470 horsepower and is the highest-revving Davalos V8 to date, redlining at 7500 RPM. 0-60 takes only 4.3 seconds with the manual and under 4 seconds with the no-charge 7-speed automatic. A high-strength aluminum chassis tames the power, keeping both a low weight figure and low center of gravity. Additional welding points and mounts give the car a higher overall rigidity compared to similar coupes even with the top down. An innovative multi-link rear suspension system makes driving the Pyrausta quickly a breeze. With a standard electronic differential, 6 speed short-shift manual, and adaptive magnetorheological dampers, an impressive degree of control is lent to the driver, enhancing the sports car experience. The Davalos Pyrausta’s superb body control, powerplant, and driver connection makes it the ideal analog American sports car.

Redefining the American sports car with European-levels of luxury. 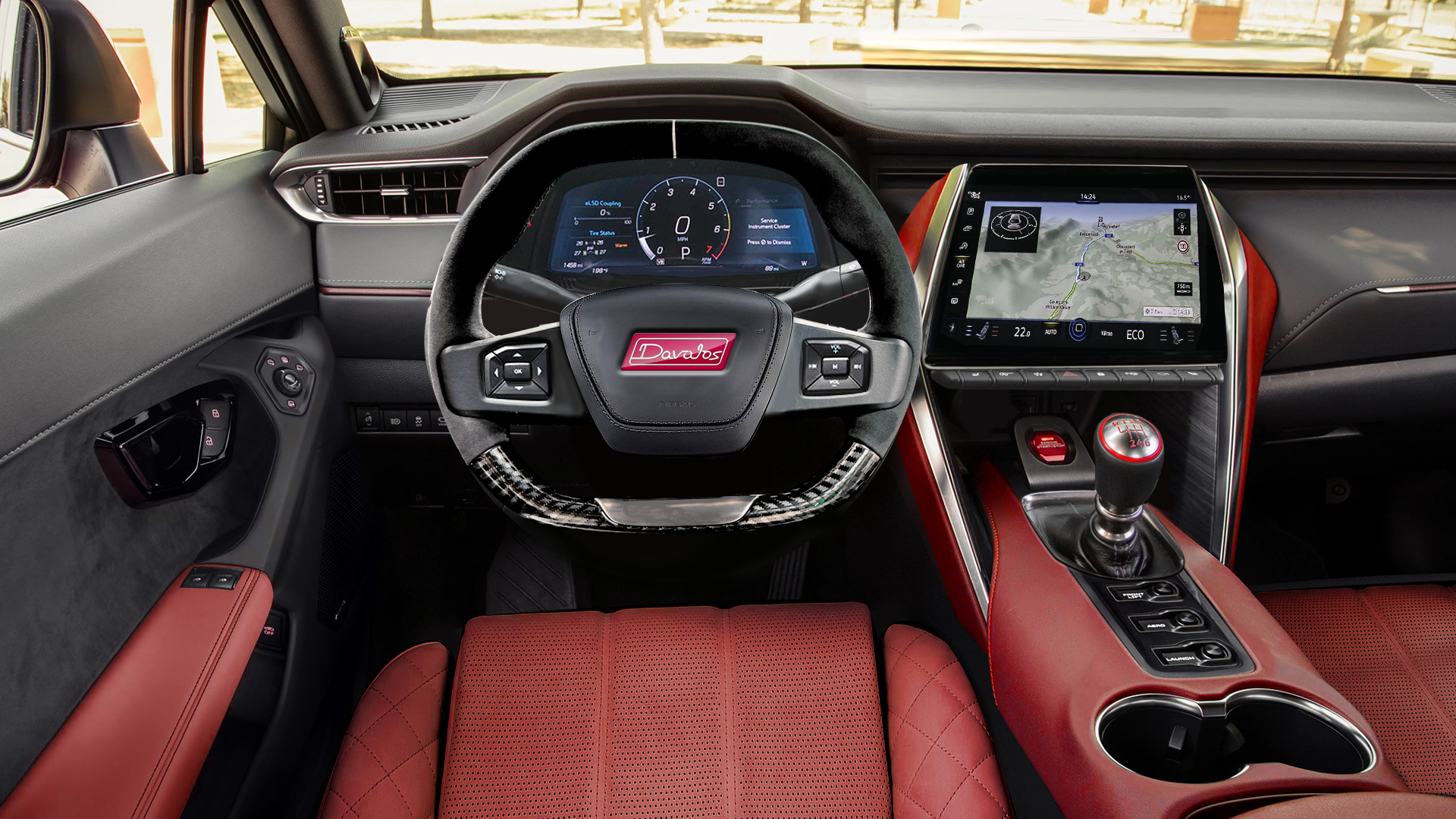 A new bar has been set for American sports machines inside the Pyrausta. Not only does it have industry-beating fit and finish, but it also pushes the envelope for modern interior design. The optional quilted leather seats elevate the premium feel inside the Pyrausta. A simple yet elegant 2-spoke steering wheel is designed to be ergonomic to use, with a flat bottom and thick rim giving supreme tactility for the driver’s hands. The standard digital driver’s display is both customizable and multifunctional, keeping your eyes focused ahead on the road while displaying important information at a whim. With the latest award-winning DMI© technology, connect anywhere and anytime with ease on a 11.3 inch touch screen display. Real milled aluminum is standard for trim, whilst carbon fiber may be requested as an option. Combining high-quality materials and careful construction fosters a luxurious environment that can take you across any country in style and comfort. 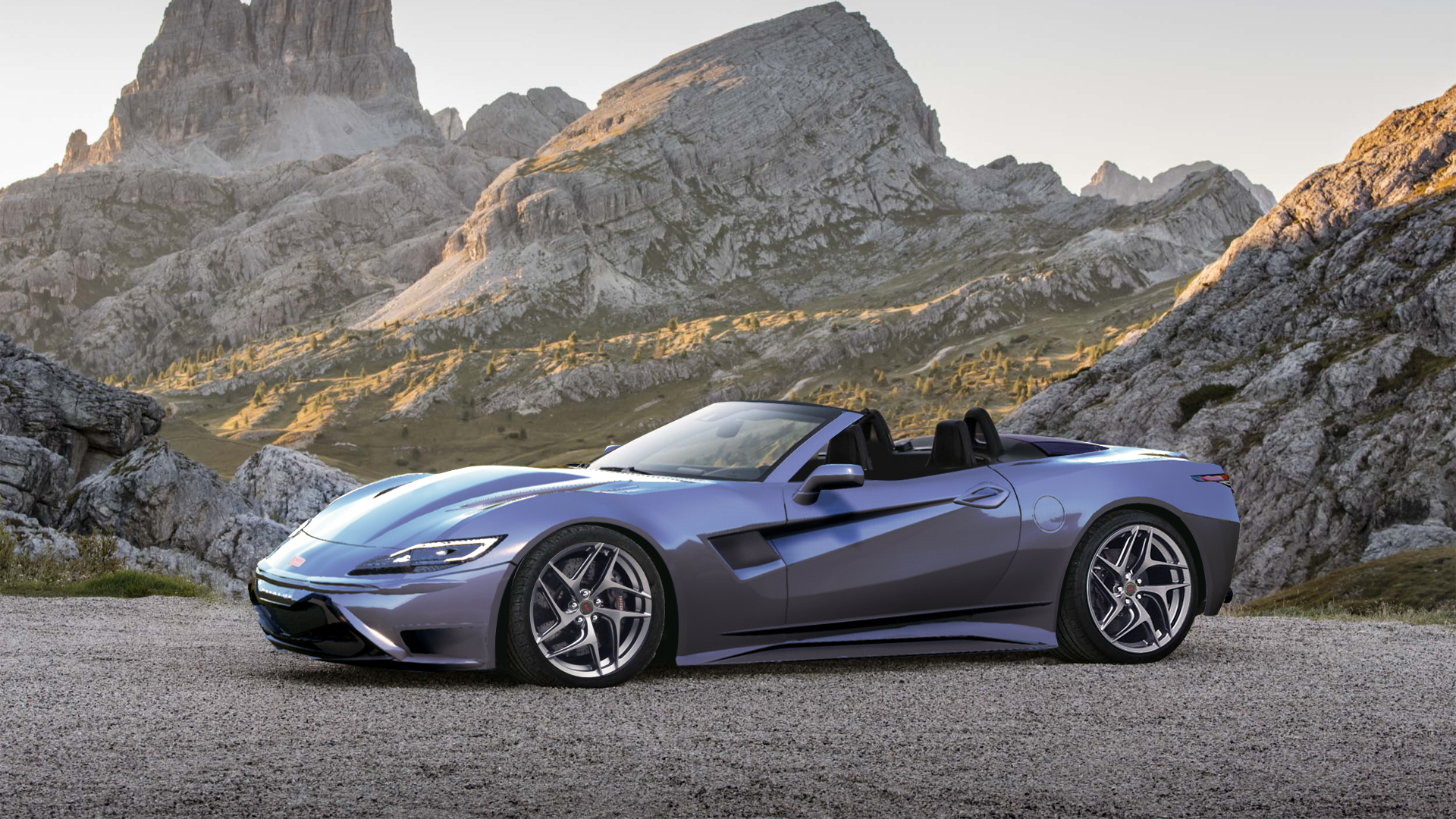 Bold roadster styling is a signature Pyrausta quality, and the latest 2019 model continues to respect its lineage. Daring bodywork comes in many forms; first, from the distinctive sharp creases in the side vent, which has two separate sections. The one closer to the wheel well funnels out hot brake air whilst the one further takes out warm air from the engine. A fang-like grille has vent shaping that brings air through the front bumper out in front of the wheels, reducing buffering and increasing aerodynamic efficiency. The sculpted rear end showcases different 3-dimensional forms such as the taillights, active rear spoiler, and diffuser that creates the new premium style that is expected of a Davalos. Each Pyrausta since 1963 has been a 2-seater roadster, and this doesn’t break tradition: with its historical long-hood, short deck proportions, the Pyrausta sets the stage for immaculate American design mixed with powerful presence.

That’s quite a joy…
Design-wise, I see it as a marvellous cross between a Corvette and a modern homage to the good old NSX.
I also like the fact that there’s not too much power under the hood, as proper gt should be: funny to drive, a good compromise between sportiness and elegance, and not exaggerated

That is the best-looking car you have ever made hands down - and it has the power to back up its stunning looks. If I had the chance, I would order mine in Velocity Green or Orlando Yellow, with a black interior in either case (although a Mamba Blue exterior with a blue interior is equally tempting, as is Apollo Red with a red interior, to say nothing of Octane Orange with a brown interior).