Did somebody say V4?

After quite some thinking, headaches, two hours of work, feedback from people on the previous post, and giving up completely on the interior - I have a finalised version of the Molida!

For context and the mod requirements, see the original post here:

First, here’s a list of all the changes made on the exterior:

As for the interior… I butchered the side panels so badly on the V3 that they required a complete re-do, which I simply didn’t want to dedicate my time to. I’ve expanded the front armrests and made the centre console a little smoother, but that’s it. To quote CGP Grey, ‘the cost of perfection is infinite.’

Moving on to the engineering now. The original car’s engineering side was a complete afterthought and was done in a braindead fashion. The engine was even pulled from a completely different project. It’s much more focused now, featuring reworked suspension, an engine tune to EJ (+40bhp), lower ride height, you name it.

In line with this, the car now has a second trim, shown here in a Polestar-inspired light blue. It’s a sportier model, featuring stiffer suspension, some weight savings, and a tame version of my crown jewel of tunes: the VETJ. This engine revs considerably higher than the standard 3.0 and produces another extra 30bhp without sacrificing much fuel economy. In terms of fixtures it’s identical, besides a VETJ badge on the back.

With that, I don’t think I’ll continue changing it (feedback is always welcome though!) I’m going to build a racing model for a little racing class I made with friends, but the road car is done for now. The successor will most likely appear in LCV4.2. 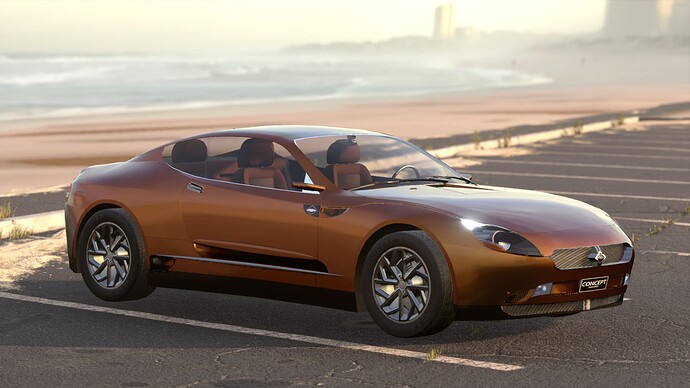 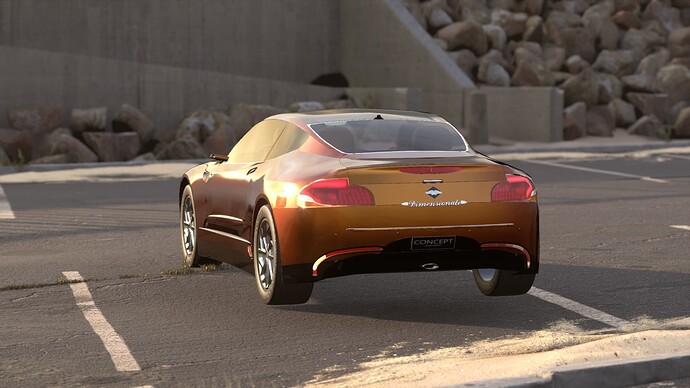 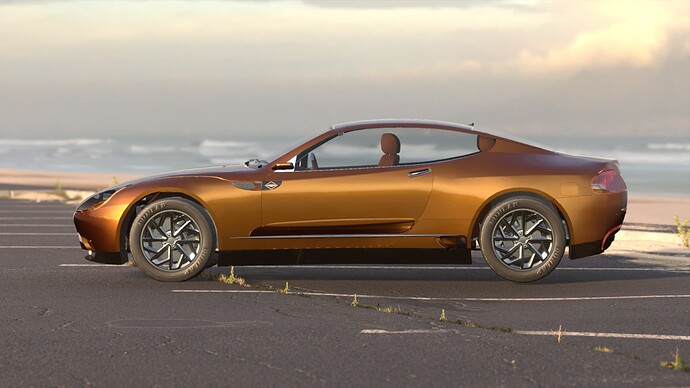 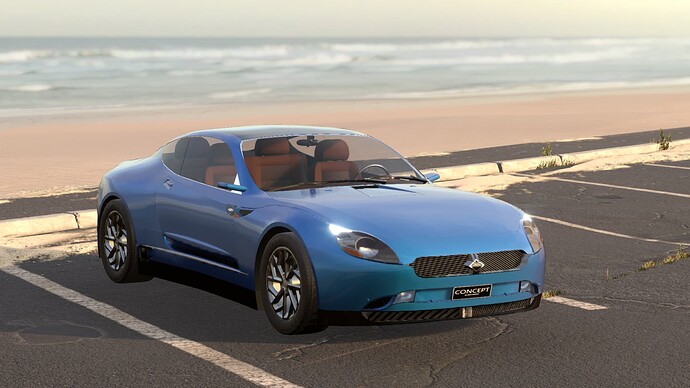