I did a thing this summer. I pulled the trigger and bought one of my dream cars. 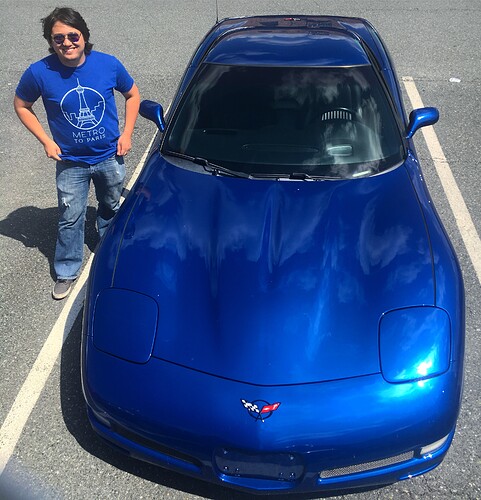 A little background: Since graduating college, I had my sights set on getting a RWD sports car as a project car. I’ve had a 2003 Subaru WRX, which is a fun car, but due to my interest in drifting, I had to get something RWD. At first, I tried the cheap project route. Most people suggested a Nissan 240SX or a BMW 3 Series, but I just had to be different, and bought this: 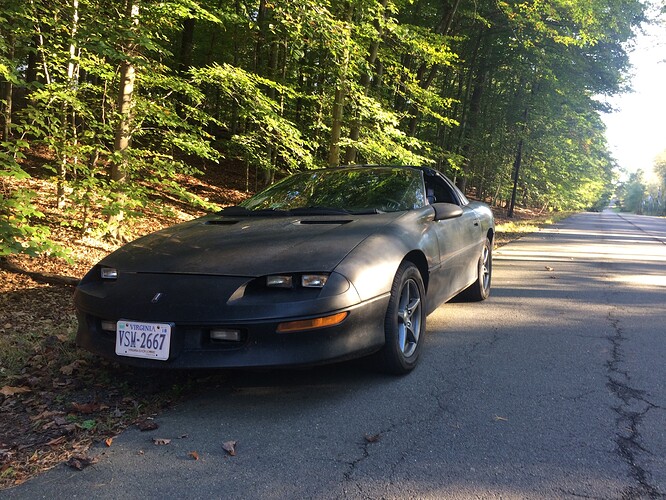 A clapped-out $1000 Chevrolet Camaro Z28. Needed a lot of work of course, but I thought, it’s American and simple. I’ve wanted to learn how to wrench and how to drift, and a cheap car is the way to do it, right? I ended up in way over my head. It was instantly diagnosed with a spun main bearing. I had the engine replaced with a used LT1 V8 out of a junked Z28, at a cost of more than what the car was worth, but then I was up and running. The car was the butt of many jokes amongst my car guy friends. 210,000 miles on it. The paint was completely shot. The suspension was tired and body roll was comical. I took the T-tops off at every opportunity because the interior was black and the A/C was obviously not functional. The interior smelled of mold because the T-tops wouldn’t keep out heavy rain. I took it all in stride because it was a hoot. The exhaust note was killer and it handled better than you’d expect given the state of suspension. I even took it to a couple drift events. But after a couple years of constant trips to the shop and throwing money at it getting little things fixed all the time, I sold it, and told myself my next sports car would be nicer, and wouldn’t require constant maintenance. I looked at 350Zs for a bit, but after the Camaro, I had the V8 bug. I looked at a few Mustangs, but a few budget increases later I was looking at something I had wanted ever since they came out. 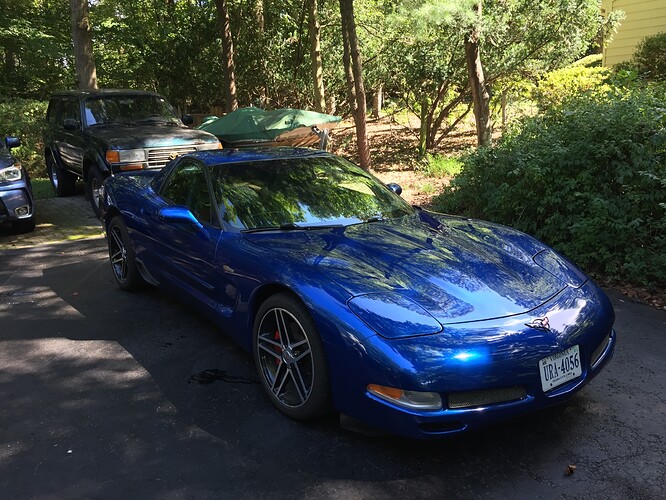 As car guys do, I convinced myself that the car I really wanted was the most logical choice, because a Corvette Z06 would work as both drift car and track car in basically stock condition. Found a 2002 in Electron Blue locally with 109,000 miles for a good price, and scooped it up quickly. So far I’ve done a pair of drift events with it and I’m having a blast. Looking forward to do some conventional track days with it as well. It’s more comfortable than I expected and I even get 21 mpg on my commute with it! 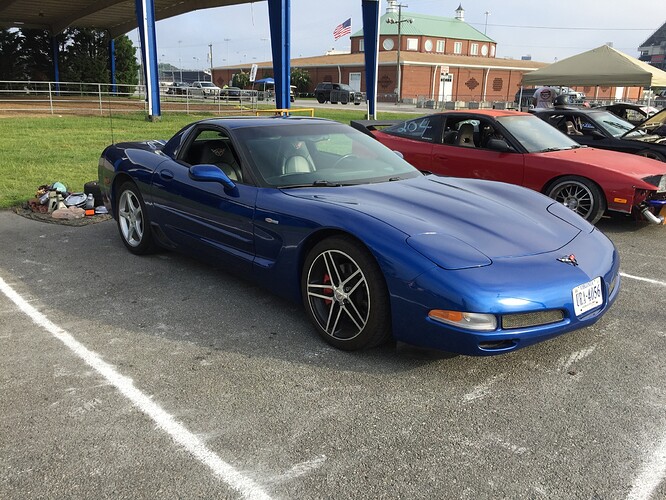 So you’ve finally done it and bought a proper supercar. Congratulations! You now have something that can challenge a 360 Modena or 911 GT3 of the same vintage on a road course - and remember, it was a bargain 15 years ago, and it still is now. As long as you take good care of it, it should provide endless fun everywhere for years to come.

The Corvette has been mostly dormant for the winter. The Michelin Pilot Super Sports are supposedly very bad for below freezing conditions, so it has been sitting mostly.

After sitting for a while, the battery went out, and although it was probably just due to the cold temps and the length it was sitting, I decided to replace the battery. Unfortunately, that brand new battery was killed dead in just 10 days. Something has been drawing power while the car is shut off.

I determined that it was the HVAC controller unit. It’s very hard to see unless it is dark out, but the control backlights remained lightly illuminated indefinitely, draining the battery over time.

Doing some research, the fuse the HVAC unit is on is a fuse that always draws power, and what controls the lights turning off is a resistor in the unit itself.

The plan was to change the power source for the HVAC unit to something that only gets power when the key is in accessory or on, but as it turns out, the unit draws power from 4 different wires??

Looking at another solution, or simply replacing the HVAC control unit now. In the meantime, the interior looks a little bare 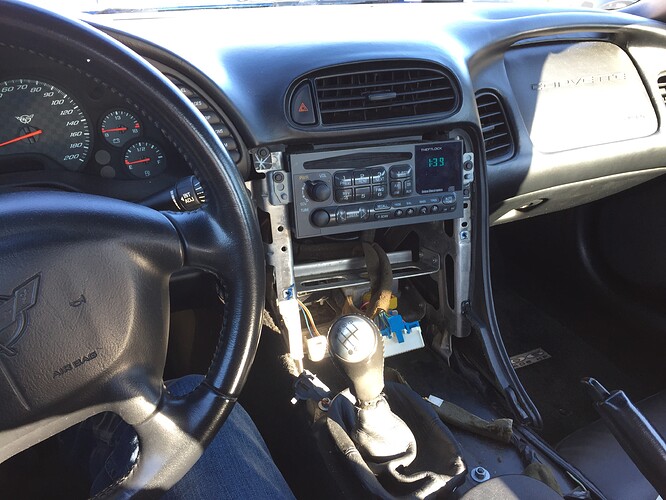 Long time no update! Well. The mysterious HVAC unit issue resolved itself. I purchased a remanufactured HVAC unit, but that did not solve the problem; that unit also remained illuminated at all times, draining the battery. I left the dash disassembled and the HVAC unit uninstalled and tried to decide what to do next.

But then the COVID lockdown hit. Working from home and staying in on the weekends to stay safe, the car sat for 4 weeks without moving. lol and behold, when I went to drive it again, I plugged in the HVAC unit and it didn’t illuminate itself unless the headlights were on, as originally intended. I left it installed for a few nights and the battery was fine, so I put the dash back together and it’s not been an issue since. With this in mind, it appears the issue was the BCM, and letting it sit for long enough reset it. So back to business as usual! 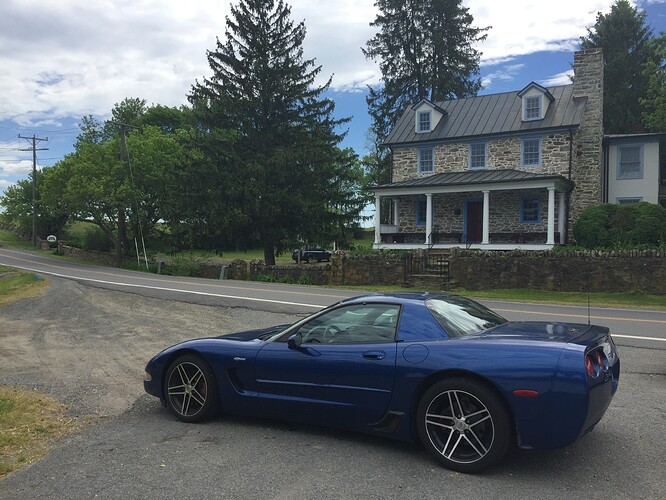 Although I still have no commute, I drive it on the weekends for fun, and have put quite a few more miles on it exploring. Now on the to-do list are some standard fluid changes before I start making some modifications.