Downton’s history begins in 1903, when Coventry resident and engineer Charles Downton noticed the rise in popularity of the motor car and thought he would have a go at making his own. He experimented with steam power at first, but discovered that he had a much easier time with internal combustion engines powered by gasoline. Having bought a small warehouse and hired some local youths, he put a gasoline-powered car into full production in August 1906.

This first car, the Downton One, was expensive, but so was every other car around at the time, so it sold well in the Midlands where prospective buyers could pick their car up from the factory. However, plans to introduce a mail-order system were pushed back by the Great War- in September 1914 Charles Downton, as well as all his employees, enlisted in a Pals’ Battalion together. Not all made it back, however Charles’ eldest son Edgar was mature enough by 1918 that he could take over operations, continuing his father’s plans with a reduced workforce.

Downton turned to making cheap, simple small cars after the war and thrived as a result, being the most profitable engineering firm in the UK by 1929, and not suffering too harshly during the Great Depression because they were already prepared for the worst. In 1939, at the outbreak of war, Downton’s younger employees went off to fight, however some of the older ones (plus Edgar and his brothers) stayed in Coventry, but produced fighter planes to help the war effort. These captured the imagination of the public and the remaining staff alike, and post-war the company used its RAF connections for marketing, putting aeroplanes in its adverts and offering the Air Force fleets of its post-war models as staff cars. They were all given aviation-inspired names as well, such as Falcon (the mid-size saloon they offered to the Air Force from 1949 to 1955) and Hurricane (a sports car that carried the company through the 1970s).

Downton’s arch-rival, Melchett Automotive, was struggling financially by the late 1960s, and eventually gave in to a buy-out by Downton in 1971. This move, from Downton’s perspective, ended their rivalry, but really it only created further problems. The merger resulted in a new brand name- Downton-Melchett Cars (or DM for short)- and ushered in a new chapter in British motoring history. Melchett’s design department fought for influence in the conglomerate, and the result was a series of automotive disasters which, coupled with worker strikes over pay, crippled DM to the point where Downton’s CEO, by then Charles’ grandson Donald, fired Melchett’s entire former staff, bringing DM to an end in 1978 and reinstating the Downton name with a new flagship- the H78. A thoroughly modern design by the standards of the time, even by the end of its production run in 1984 it still looked fresh. However, buyers saw through that image and straight to the poorly-made, expensive, slave-labour-produced executive hatchback with a 3.6-litre V8 cobbled together out of whatever bits could be found lying around the factory. As a result, the H78 did not sell particularly strongly compared to continental rivals, and even a leading role in a popular gangster film in 1979 did not do much for it.

Throughout the first half of the 1980s Downton lost money at an increasing rate, having to lay off workers, drop model ranges and increase sale prices to have any hope of staying afloat. Donald Downton took off in 1984, shortly before the company declared bankruptcy. After that, employees stopped coming to work one by one, and the last car, a Downton Vulcan 1600HX in Midnight Black, was rolled off the production line on March 1st 1985.

That was not the final chapter, though; there had been plenty of unused parts around the factory, including bodyshells and chassis, and shortly before the Coventry plant was due for demolition in 2006 these parts were recovered by Downton enthusiast James Bexley, who was able to essentially make a few restomod Vulcans in his shed and sell them on for just over £20,000 each. He was able to restart production of Vulcan chassis and bodies, not just for restoration of original cars but also making new ones with modern powertrains and interiors. They are still available, built-to-order, with plenty of customisation options and a base price of £27,495.

In this thread I intend to post a selection of Downton-Bexley’s new orders, as well as interesting moments from the company’s history. 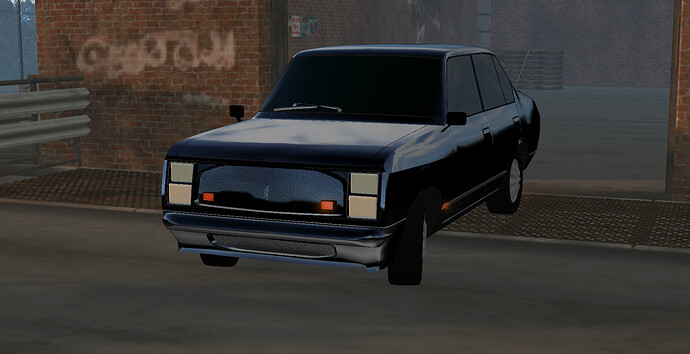 The final Downton from the marque’s original run leaving the desolate factory. It was registered B135 XOH to an elderly gentleman in Swinton, and was donated to the British Motor Museum upon his death in 2003.

It would make sense to move this thread to the Car Design subforum - it’s about your car company, after all. 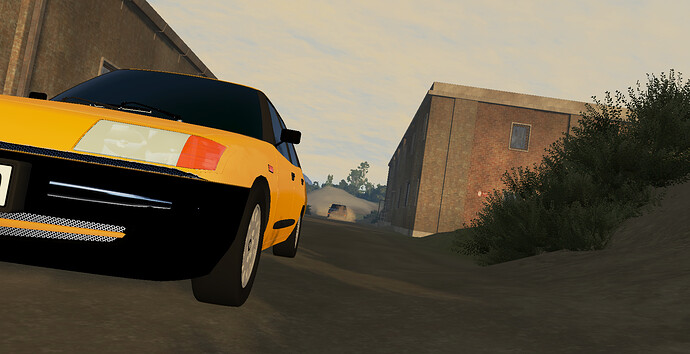 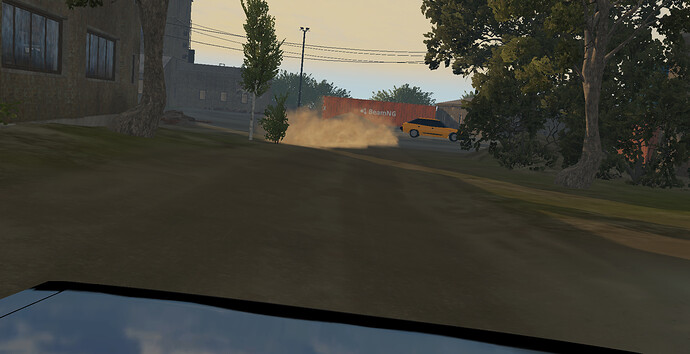 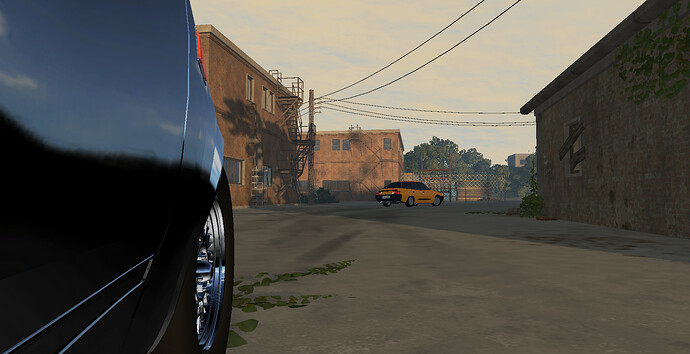 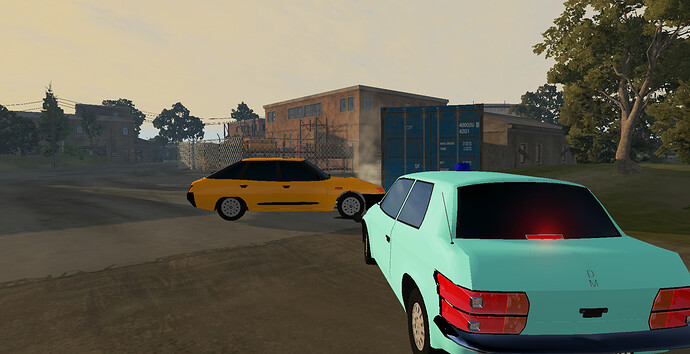 A few shots from the 1979 film Complex Industry, featuring a Downton H78 in Saxon Gold in the lead role. It portrayed the H78 as an unruly performance machine, against which contemporary rivals (such as the film’s villain’s ETK A-3300, also featured in this scene) did not stand a chance. There were not many close-up shots of the car, otherwise cinema-goers would see the enormous panel gaps and dodgy welds in glorious Technicolour. 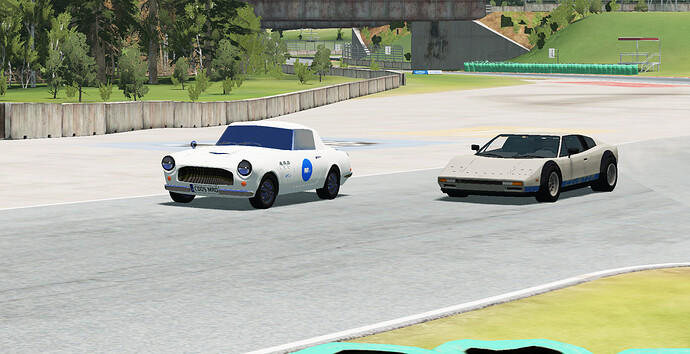 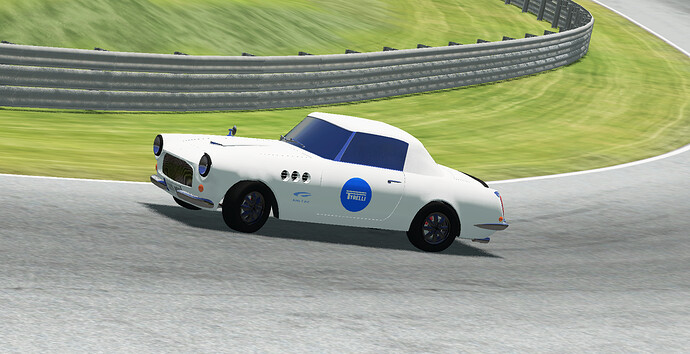 The Hurricane was among Downton’s most successful models, an affordable, fun sports car that gave the masses hope. Demand was so strong after the car’s launch at Earls Court in 1967 that it took two years for Downton to catch up. An abundance of examples still around makes them a cheap way into classic car ownership, and they are even still a popular track toy- this 1971 example was rebuilt in 2008 with a massively uprated engine, modified suspension and transmission, and all-new disc brakes.