In early 1957, mechanic Jebidiah Drake decided to build a small, cheap motor. The result was the I4 60, which began production in December.

The I4 60 was fairly successful, and in 1959, production of the I4 84 began
[attachment=1]Automation Launcher 2014-02-22 16-22-07-17.jpg[/attachment]
[attachment=0]Automation Launcher 2014-02-22 16-22-15-99.jpg[/attachment]
However, though it was more powerful, it was more expensive and less reliable. It ended up being sold to Basic Cars Inc for their small tractor, but it still wasn’t very successful and Basic Cars Inc ended up going bankrupt in 1960. Draconis Industries almost followed them, but managed to stay afloat due to the continued success of the I4 60.

In 1960 Draconis Industries was in a lot of debt and was about to go bankrupt. Drake didn’t want this to happen, so he took a out one more loan and developed the Neidr, a small, cheap car using the I4 60. 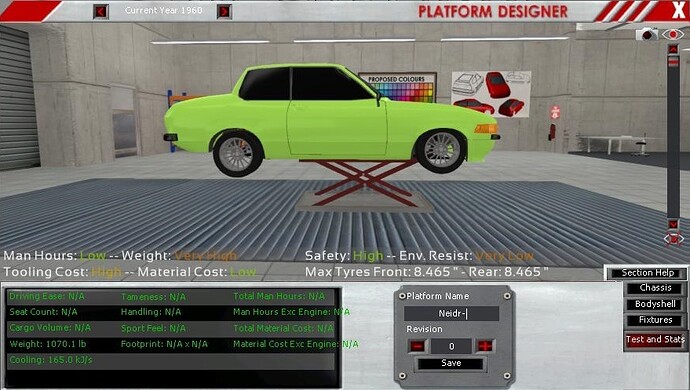 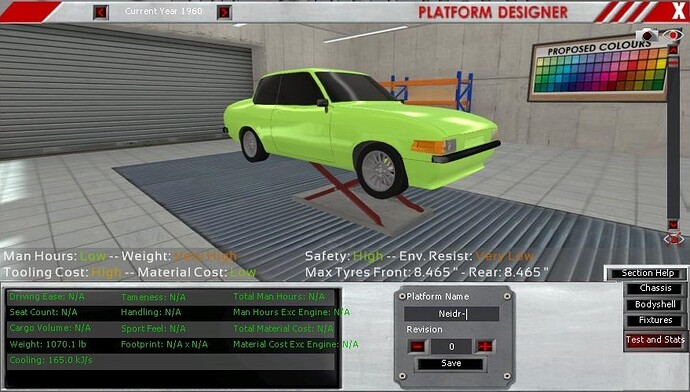 It was fairly successful and managed to get the company out of debt.

In 1962, the company was doing fairly well, and it was decided to make a new car. This was to be similar to the Neidr, but with new suspension, a new bodyshell, and have a choice of one of two engines, both specifically built for the car, the V8 100, or the V8 115. Both models were sold, and in 1964 a new model was introduced, the Firespitter 115 S, which had better tires and was more reliable. In 1965 the 100 was discontinued. Also in 1965, the V8 115 was refined into the V8 135, which was more powerful and more efficient. A new model of the Firespitter was developed to accommodate this, and the Firespitter 135 D was born, which replaced the 115 S.

In 1968, 2 new sister cars were developed, the Wyvern and the Basilisk. The Basilisk was cheaper, and only featured the V8 135. The Wyvern was much more expensive, because it had a fiberglass body shell. It also came in two models, the Wyvern 135, which used the V8 135 like the Basilisk, and the Wyvern 245, which featured better brakes and a new engine, the V8 245. The V8 245 was the first engine made by Draconis Industries to use mechanical fuel injection rather than a carburetor, and was also the most powerful engine by far that had been made up until that point.

Neither were particularly successful, and with the Wyvern 245, Draconis Industries first attempt at a muscle car failed.

Check out my new company over at Midnight Industries!