Company History:
In 1960 a small country in Fruinia was recovering from the second great war. The government decided to invest in an initiative to boost both nationalism and local economic growth: a new car company. The name “Techniek Der Draken”, or TDD in short was chosen to symbolise the inspiration of the cars from the mythical mixture of both aggression and elegance of dragons.
As the company slowly expanded to broader markets eventually it was decided the name required an English simplifications rather than abbreviation, which resulted “TDD” eventually being renamed to “Dragotec” in 1977.

Featuring suicide back doors and multi part boot so you can actually open it, fantastic!

Most importantly, the specifications:

For those who like it a bit more hardcore:

Featuring a bigger 2.0L i4T and a more aggressive setup.

Well, AWD helps the most with the acceleration

even if you stick medium compound on the Blitz TR it still has a 0-100 time of 3.6 seconds, just not as good cornering

Nice, how did you get the weight so low? I’m struggling to create a small hatch less than 1400kg. Did you use galvanised steel for both chassis and panels?

He used Aluminium or Carbon, my aluminium Proxima RE (206HP) weighs 1080KG

I used galvanized steel for the chassis, and polymer for the shell, both pretty cheap, except that I had to use premium safety to get the safety back up due to the polymer.

Yeah, bye experimentation I discovered that body on frame cars are significantly lighter than monocoque cars using the same materials

Hereby we proudly present the Prometheus!
Featuring a 3.6L inline 6 with 1.3 bar of boost and an aluminium chassis, made to compete with the big boys such as the Porsche 911, Nissan GT-R, Lamborghini Gallardo, Merc AMG,…
Offering you a high speed vehicle which will not destroy your back (not guaranteed when taking jumps of higher than 1m). This may be a beast of a car, but one willing to be tamed, guaranteed by Dragotec’s AWD systems and the i630TDS36’s low tameness penalty of 19.2%. Still afraid to get hurt? Jeez, well, our advanced safety systems got your back, making sure that if you mess up you’ll crash in a safe manner.
So tame and safe, is this a ladies car? Hell no, its beastly 616 hp will make sure you get propelled forward like a sir, a very fast sir. Its laptime of 1:20:01 around Final Ratio’s airfield track will testify that. 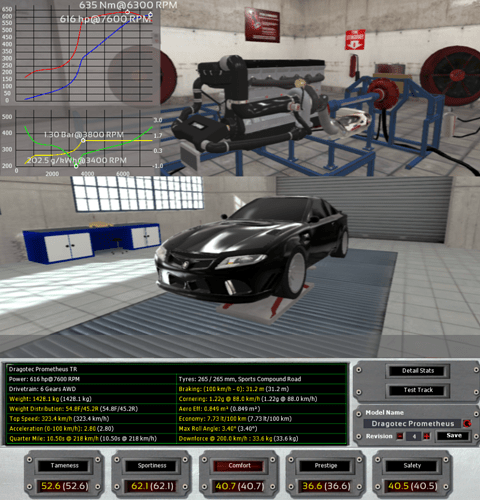 Coming to you soon…in 1988 (Gosh, what a coincidence with the year, isn’t it? 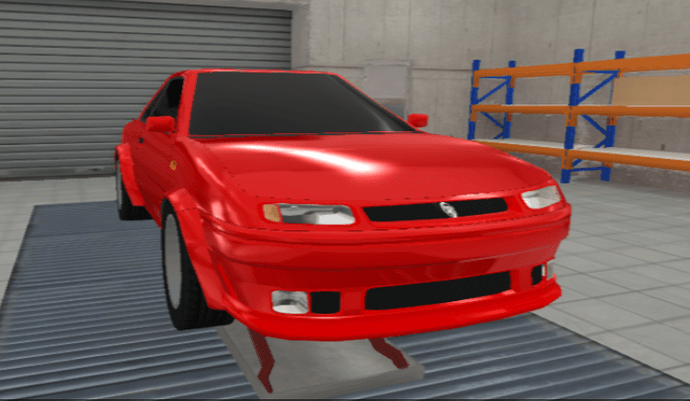 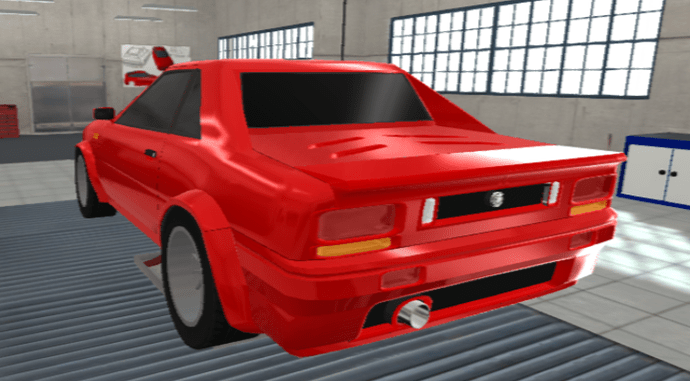 More details will be revealed later, but a power to weight ratio of nearing 250hp/tonne with a good soundtrack is promised, and it clears the Top G- Errr, Airfield test track in merely 90 seconds.

Gentlemen, when was the last time your car tried to eat you? Wait, it never did? Maybe it just wasn’t aggressive enough, something aggressive like this: the new Dragotec Sagitta. A car angrier than a girlfriend on her period.
It even breathes fire, just like her! In this case it comes with advantages though. Surprised by speedtraps? Giving you nasty speeding tickets? That will be no longer an issue: just cover your license plate in the fireballs coming from your exhaust. Simply genius.

What may deliver such fireballs you say? Glad you asked. The TW1R. It may only be a 2.0L inline 4, but luckily has 1.6 bars of boost, happily delivering 400 bhp. Not too shabby for a car weighing under 1350 kgs, propelling you from 0 to 100 in just 4.2 seconds. But what’s an engine without a great soundtrack? TW1R easily revs to a magnificent 8000 rpm, with bypass valves in the exhaust kicking in at about 4500. What does this give you? Annoyed neighbours, probably. 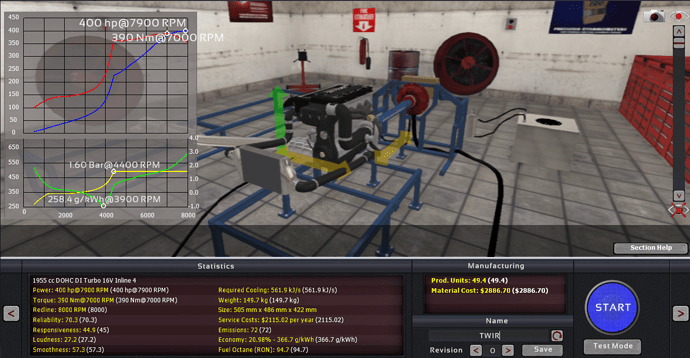 The engine is coupled with an AWD manual 6-speed. Because real drivers like to be in full control and heel-and-toe all the way. You like the sequential dual clutch gearbox you say? Sure, it’s available together with upgraded brakes in the P trim, which stands for the Premium or Pussy edition, whichever you prefer. Your wife doesn’t like you making irresponsible purchases? No need to worry! We made the car comfortable enough to pass as daily driver to your work (but only just), although groceries aren’t really recommended (what man does groceries anyways?) since we needed most space to fill the car with totally awesome parts. But you know, there’s always the passenger seat, when it isn’t occupied by a terrified fella. The price will be not stupidly high as porsches either, with an estimated pricetag of 48000-50000 (depends on how much your dealer rips you off) 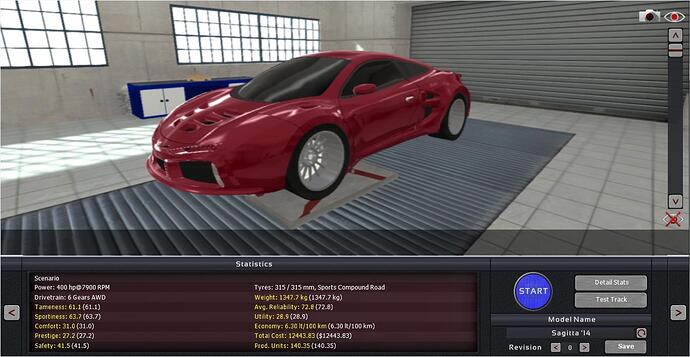 So what do we have here? The perfect weapon to slice up that midlife crisis into tiny bits, and feeds it to the little children working in our fact- errr, I mean,…and to burn it in a blazing inferno!

That looks really good. I made similar car (same body, 400hp) except it’s rear wheel drive and NA engine (and doesn’t look anywhere this good). Though your car looks much better in main stats. Would you mind sharing file for it?

I’ll mail em to you

It really helped me understand what I’m doing wrong, turns out randomly fiddling with suspension options doesn’t necessarily end up with perfect setup, imagine that. I also picked up few different things. Anyway to get clearer picture I dropped my engine into it and results were interesting. Check you private messages