Drizetta Road Cars was born as the pet project of Alexis Drizetta, who was the daughter of Arnold Drizetta, owner of the newly successful boat engine manufacturer Drizetta Marine Engines. Alexis took pride in her family, and aimed to expand its influence by founding another company bearing the Drizetta name. Armed with the mechanical knowledge she gained from working in her father’s business, she felt confident that she could make a splash in the automotive world. Her plan was quite ambitious. She didn’t want Drizetta Road Cars to be a run-of-the-mill brand, in fact she strived for the brand to share the spotlight with the major luxury sports car manufacturers of the day. She was driven to make Drizetta a prestigious name. She assembled the Drizetta Road Cars team in 1950, and began work on their first model.

It wasn’t until 1954 that Drizetta Road Cars was ready to release their model to the public. The car’s development name, Project Zero, stuck around all the way until release as the team had become so accustomed to referring to the car by that name. The chassis, which was developed entirely in-house, consists of a hand-built steel space frame wrapped in aluminum with a double wishbone suspension system mounted up front and a live axle mated to longitudinal leaf springs in the rear. The chassis is propelled by the purpose-built DC12-A V12, developed with the assistance of a few Drizetta Marine Engines employees. 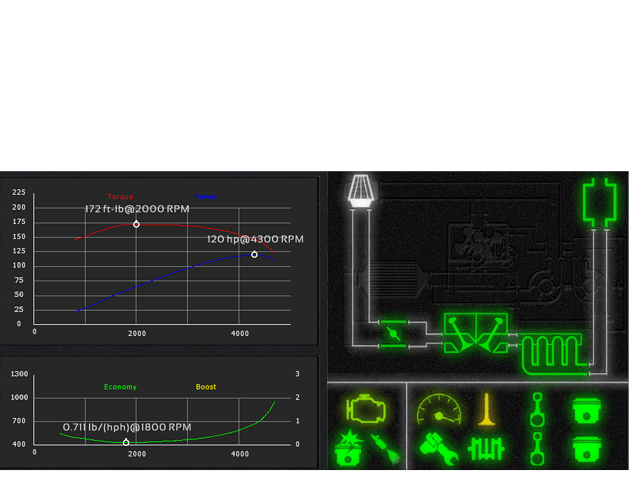 While performance was a consideration in the development of the Zero, the Drizetta team avoided compromising comfort and drivability for the sake of a faster car. The Zero’s engine is a perfect example of Drizetta making compromises in order to make the car balanced and well-rounded as opposed to a pure performance machine. While its power figures aren’t going to impress anyone familiar with the fastest cars of the day, the DC12-A runs exceptionally smoothly and quietly with a wide powerband focused primarily on the low-mid rev range. The heads, block, internals, and exhaust headers are all made of cast iron, and fuel is delivered to the DC12-A via twin two barrel carburetors. Top all of that off with twin reverse flow mufflers on both exhaust pipes and a push rod valvetrain, and you have a complete DC12-A. Far from the most exciting engine out there, but it is well suited to the role Drizetta wished for it to perform. It was a great engine for a grand tourer not only because of its aforementioned smooth and quiet operation, but it also consumed gas at a reasonable rate of about 26 miles per gallon when powering a complete Zero. That means the driver could spend less time at the pump and more time on the road. The smaller displacement figure of the DC12-A helped keep the engine relatively compact and light weight, aiding not only fuel economy, but also performance.

Of course, you can have the quietest, smoothest engine you want, but a luxurious car has to have a proper interior to go with that engine to succeed, and the folks at Drizetta worked hard to land the Zero amongst the most luxurious vehicles of its day. Each and every Drizetta Zero interior features extensive use of leather, walnut, and rosewood. The seats offer incredible support and are fully adjustable. There are aluminum accents all over the car’s doors and its walnut dash, including a thick aluminum ring around each instrument gauge. Each and every piece of the Zero’s interior is assembled painstakingly by hand, and the car ships with a letter in the dashboard signed by every individual who worked on the car. Once the interior is finished, Drizetta tops it off with one of the finest AM radios money can buy. The team demonstrated exceptional craftsmanship inside of each Zero that rolled out of their factory, but while the interior was incredibly cozy its minimal safety equipment would appear behind the times in the coming years.

The Drizetta Zero shipped with 155mms of rubber and drum brakes on all four wheels. The tire compound the Drizetta team selected made a compromise between performance and drivability, it also kept road noise down. Brake fade was absent in the Zero, and its suspension was set up to be rather forgiving with fairly prominent understeer at both low and high speeds. While a bit distant from the sportiest cars of its day, the Drizetta Zero proved to be a breeze to drive with its decent speed, excellent comfort, and forgiving handling characteristics. Only 38 were produced during the car’s 4 year production run.

That name is awesome, I hope you know

Nice story and an interesting perspective, from a female engineer point of view. Curious to see more!