Engine for a Citroën 2CV-Like car

This is my first post on Automation forums but i’m playing with the game since a month, and I really enjoy it. I can’t wait any more for the new engines and a full car editor. Kudos to the Automation team for creating such an amazing simulator.

I would Like to present you one of my engines, it’s not the most powerful you’ve ever seen, but i’m kind proud of it.

The point with this motor is to run a little car like the Citroën 2CV. The first one was released in 1948 and was fueld by a flat-twin 375cc engine. As we can’t do yet such engines in automation, i did a 500 cc 4 inline and tried to get the best of it, even if 4 inline is not the most adapted scheme for such a little engine.

What do you think of it ? Can someone get more from this little guy ?

It cost a few dollars more and an extra manhour, bit more power and econ all my gains had some costs but attached is what I put together 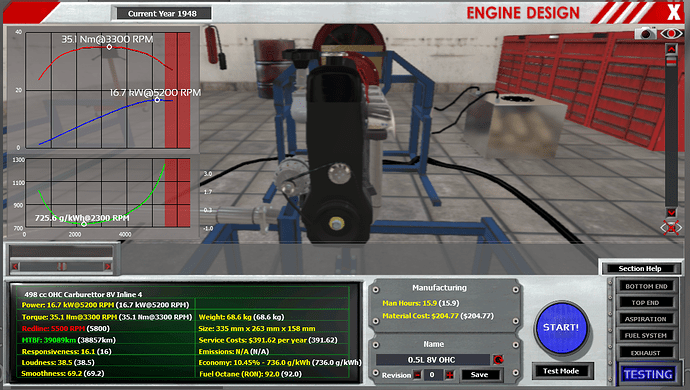 Edit : I managed to get that with a little more material cost but a little less man hours during my lunch break :

Good work,
I would suggest that you might get enough benefit from a short cast exhaust to out way the cost.
Here is my best with a single barreled carby 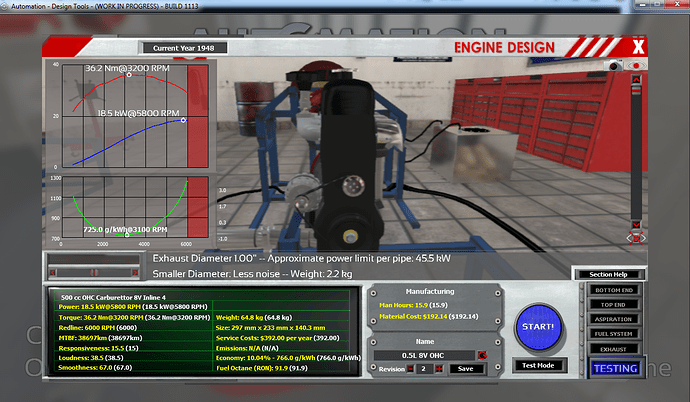 Also this is what I get with the double barreled carby.
For the sports version. Haha 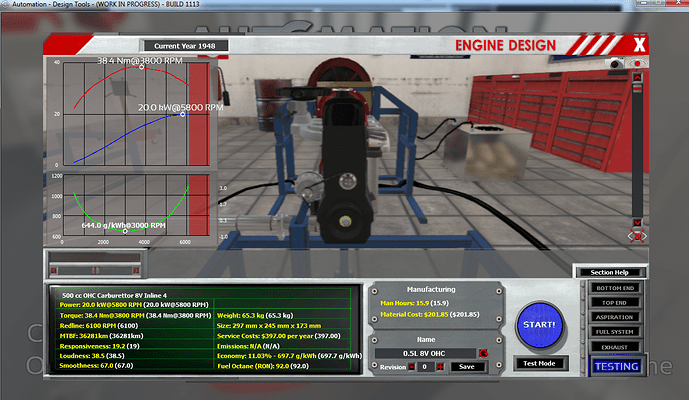