Back in, say 2009, the little Detsikeulii that could decided to build a soapbox racer for himself. It was supposed to be the greatest and fastest thing known to man.

The project was canceled after 2 months. Now I’ve got this decomposing lump of wood and metal to show you. 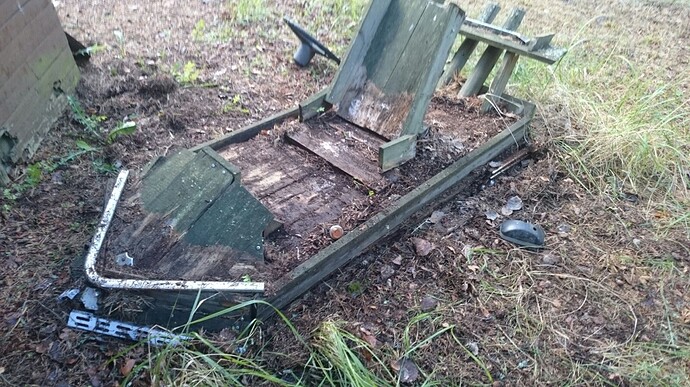 Bonus points for guessing the game from where I shamelessly ripped this design off.

It has no wheels nor axles. That means that it won’t go very fast. It’s also very heavy. 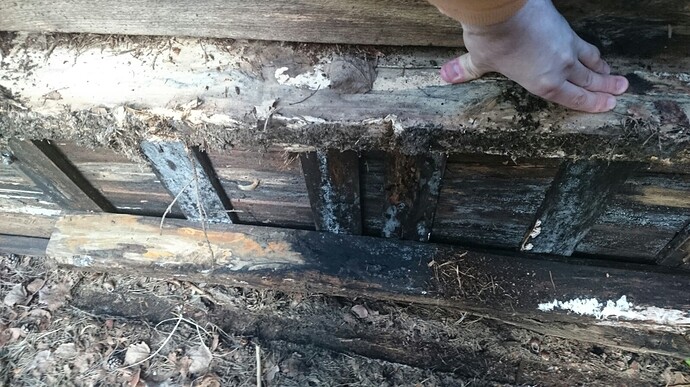 The chassis is still surprisingly solid and dry. It’s clear that when designing this that I had no idea how wheels should be attached. 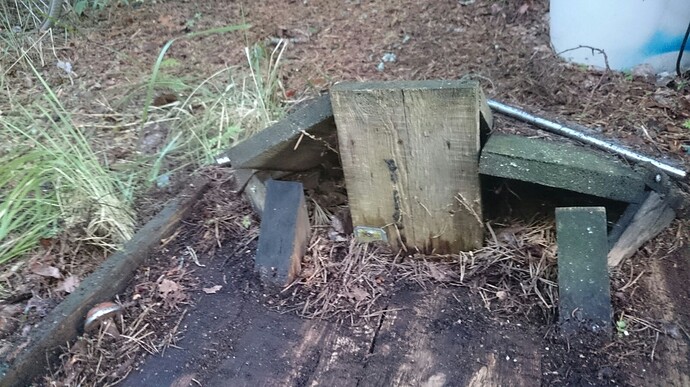 The cabin’s luxury equipment is unmatched. There’s a place to put your feet and there’s a clear view to everywhere. A super-soft wooden seat which is installed very low gives an excellent center of gravity. There are also companions: fungal matter is growing everywhere and I think that there’s a mushroom or two. 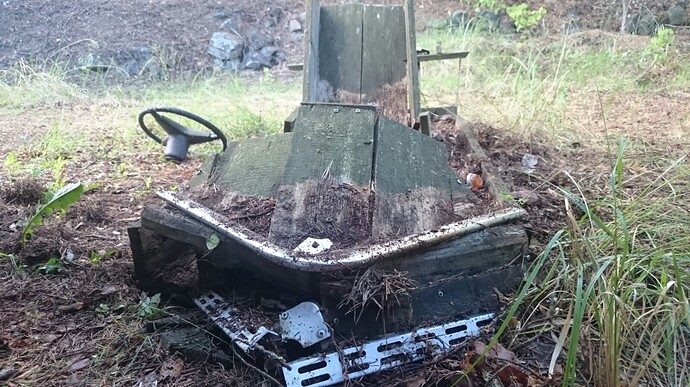 The front bumper’s a bit battered. The steering wheel in the background was supposed to be mounted on this thing. I have no idea where it was taken from, I just got it from somewhere. 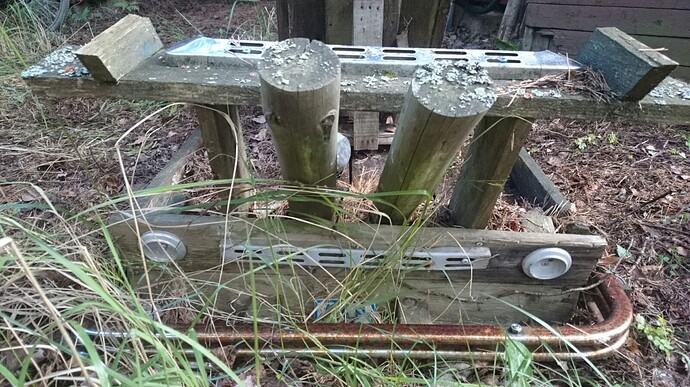 This thing is road legal. There’s a license plate after all.

Yeah maybe if you dropped it off a cliff at sea level, minus air friction

This would make a great craigslist ad

It looks more like it’s been there 30 years. Kinda like my old pedal car that’s lost in some undergrowth.

That’s what it would’ve looked like when finished. Ladder frame, everything made from iron and steel because wood is not available in Automation. Bicycle wheels & brakes, handmade interior. I tried putting a V12 in it but the results are inconclusive… as the tyres were blown.

I think to mimic it as best you can within the limits of automation, you need to put in the smallest engine possible, a dinky I3 lol

You should’ve put “gravity” as the engine.

Well technically, the Earth’s mass is what generates the gravity, so it’s not wrong lol