Anything and everything to do with the LM50 that was included in this initial post has been retconned, none of it holds any value!

The answer is: All of it 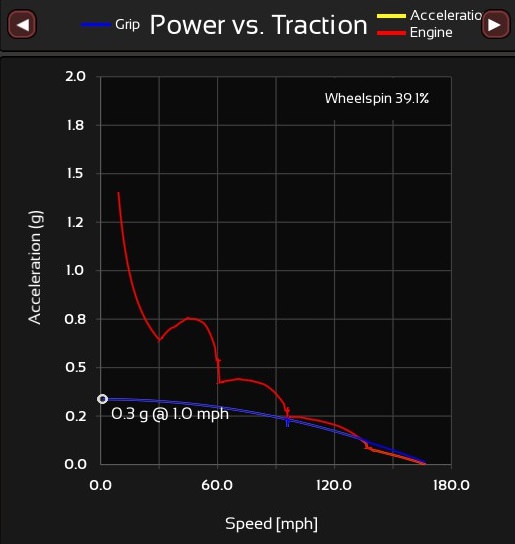 I love a good failure story. Very nice, the car is cool, but lacking a bit of detail IMO, and ballance.
Also keep it up and you’ll redeem this forum’s belief in people who’s screen names start with CN

I’m guessing this car is so powerful that not only does it get huge wheelspin, the but the wheels themselves also spin within the tires too?

Definitely a contender for the craziest car of the 50s.

@squidhead Thank you! And I’m aware, assuming you’re talking about the exterior design, it is a very simple design, I didn’t want to overdo it and make it look silly, so I went with something very modest that wouldn’t look out of place. Unless you mean the performance details! If that’s the case, I intentionally omitted them because it should be steeped in myth and legend, with little substance actually there to separate fact from fiction. There aren’t many places you could effectively test this crazy thing, nor many people crazy enough to flat-out a car that spins the tires at 120mph and has no safety equipment in it!

I’ll release another car within a few hours, probably!

Would hoon in it with this song.

Also, 440 hp in 1950… That sounds like a certain company that was a meme, engineering times were counted in centuries and even it’s creator has been featured in UE4 scenarios

But nice start, and welcome back!

That sounds like a certain company that was a meme, engineering times were counted in centuries and even it’s creator has been featured in UE4 scenarios

You’d have to enlighten me as to who you’re talking about, I’ve not been around for a long while. The only madman I really seem to recall is Strop!

It’s not got a lot in quality sliders though, it has +3 in the pistons, but that’s it. And I only had to do that because otherwise the engine was so powerful it was breaking the cast pistons and rods that are available!

You missed a lot…and most of it you dont want to find out tbh. 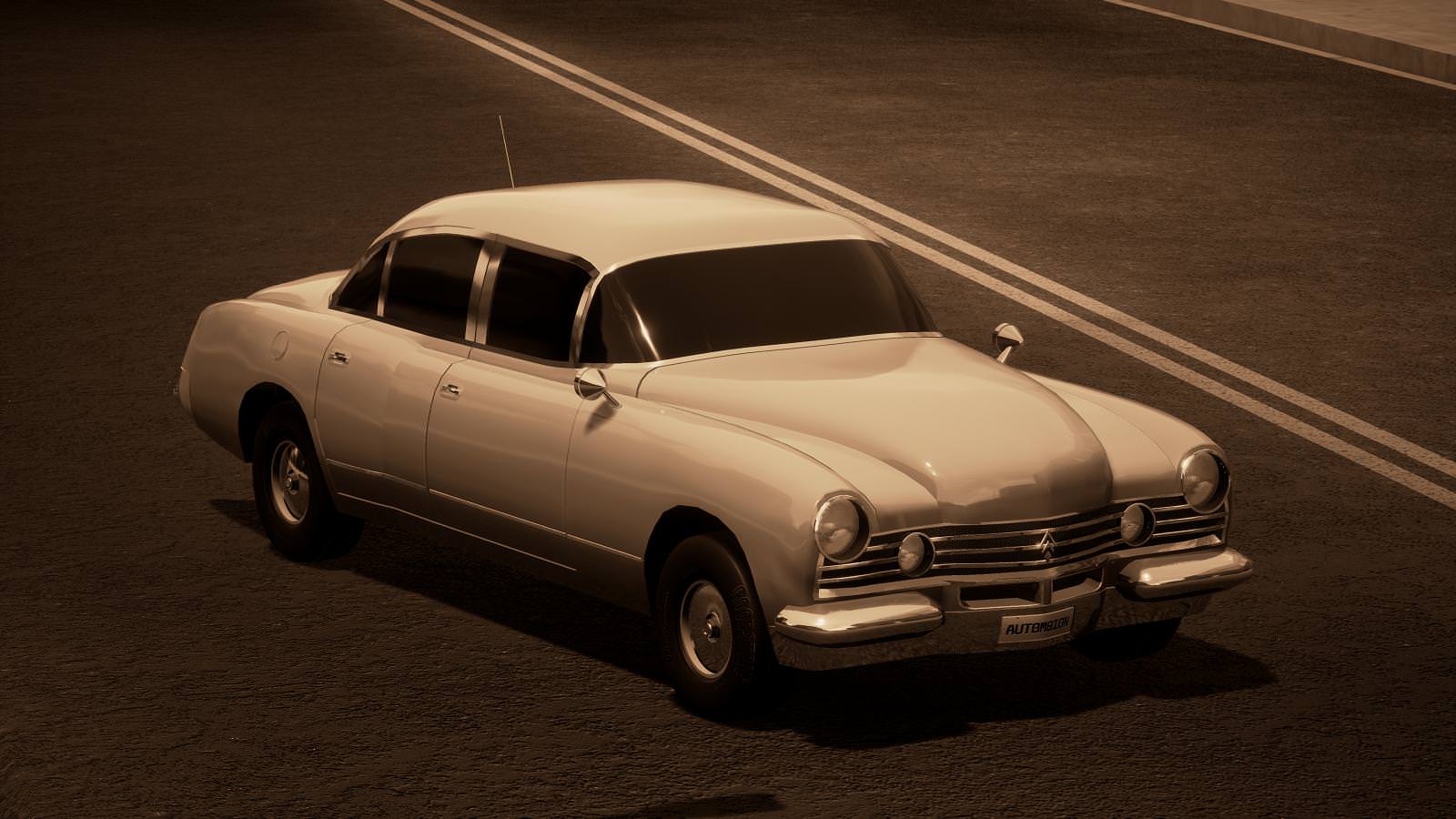 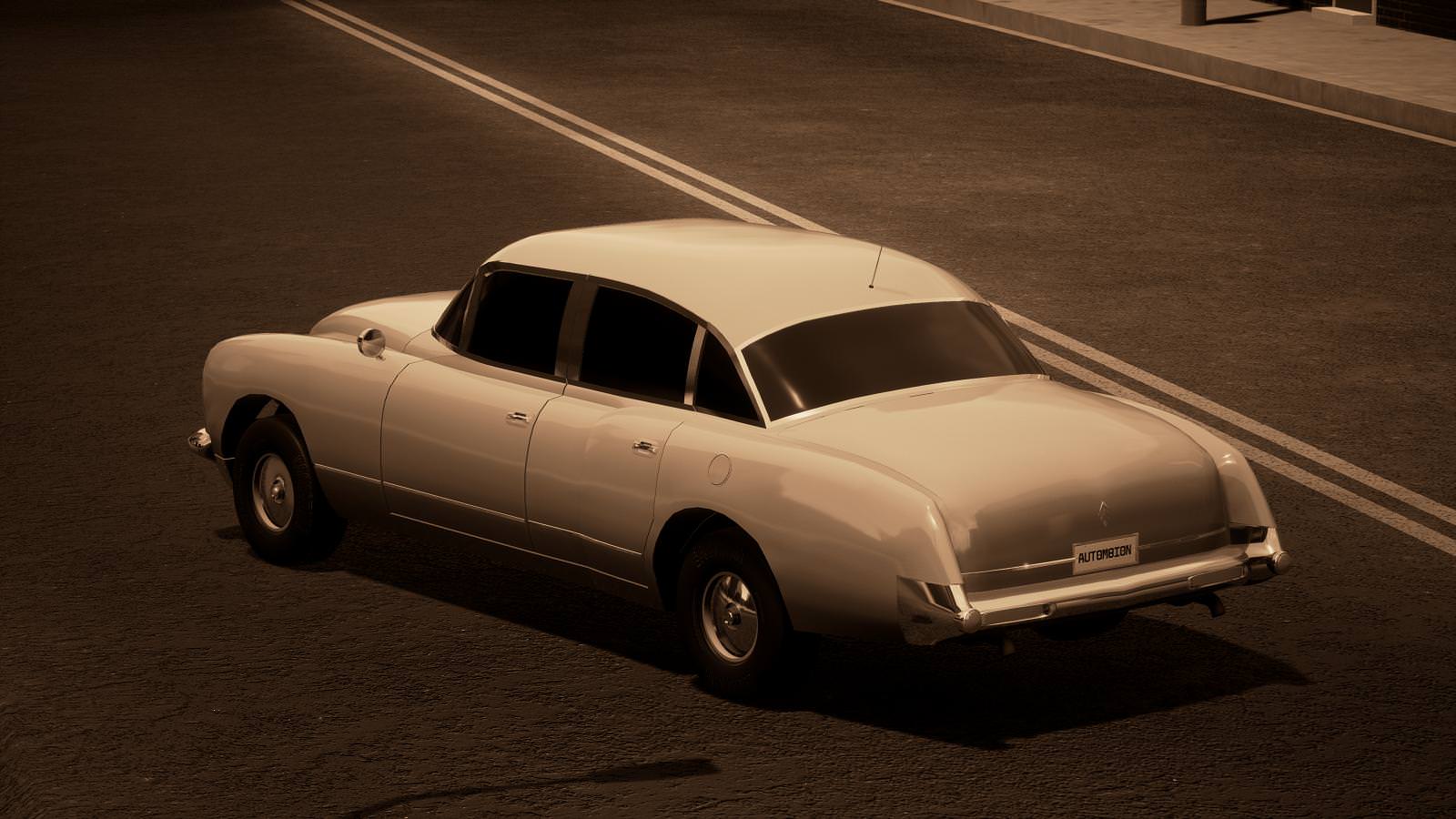 Not willing to back out of the automotive game yet, following the demise of the LM50 project, the brass at Estrelle set aside funding for the next big project. They turned their sights to the American car market, a growing landscape of big V8’s and also, Stock Car Racing. The concept was much more modest, and less optimistic than the former attempt that had been the LM50, a big ladderframe chassis, and a four door body. It needed to be family friendly, and it needed to be comfortable. In 1955, the new order of engines arrived, a pair of V8 mills, one known as the GE4, which was a small-block pushrod motor, and the other codenamed the F3AE, a massive, SOHC big block V8 that differed slightly from what you’d find under the hood of your average American land-barge. The small-block was shown off in a 295CI variant, and the big block was unveiled to be a 400CI mill, with plenty of room in the block to be machined for a much, much greater displacement at a later point. Next year, 1956, it hit the showrooms around the world, dubbed the “Elianor”. Though it was much less well-received in Europe due to its massive dimensions, the car would survive in America. The heavily detuned single-carb 400 engine in the Deluxe variant put out roughly around 220 - 230 horsepower, which was meager for the size of the engine, and definitely paled in comparison to the FirePower V8 found in the Chrysler 300, but was enough to propel the nearly two-ton sedan to 60MPH in around 10 seconds. The less powerful 295 was rated at 180 horsepower, but was quieter and provided a smoother driving experience. Either engine was provided with a 4-speed manual transmission. Inside the car, you were greeted with seating for 6, featuring Premium class accommodations all around.

The car was far from legendary in class, but as Estrelle’s first proper car, you wouldn’t expect it to be. Still, if you happen to be in the market for a rare classic, an Elianor would certainly prove more affordable today than the likes of something such as a Hudson Hornet.

Wow, that is actually a good design, and combined with that filter, you have a good pic there.

Wow what a Nice design. It really fits well to the theme.

Quite simply this is one of the best-looking classic sedans I’ve ever seen, and quite fast for its time, with >200 horsepower on tap.

Just look at this sexy beast. 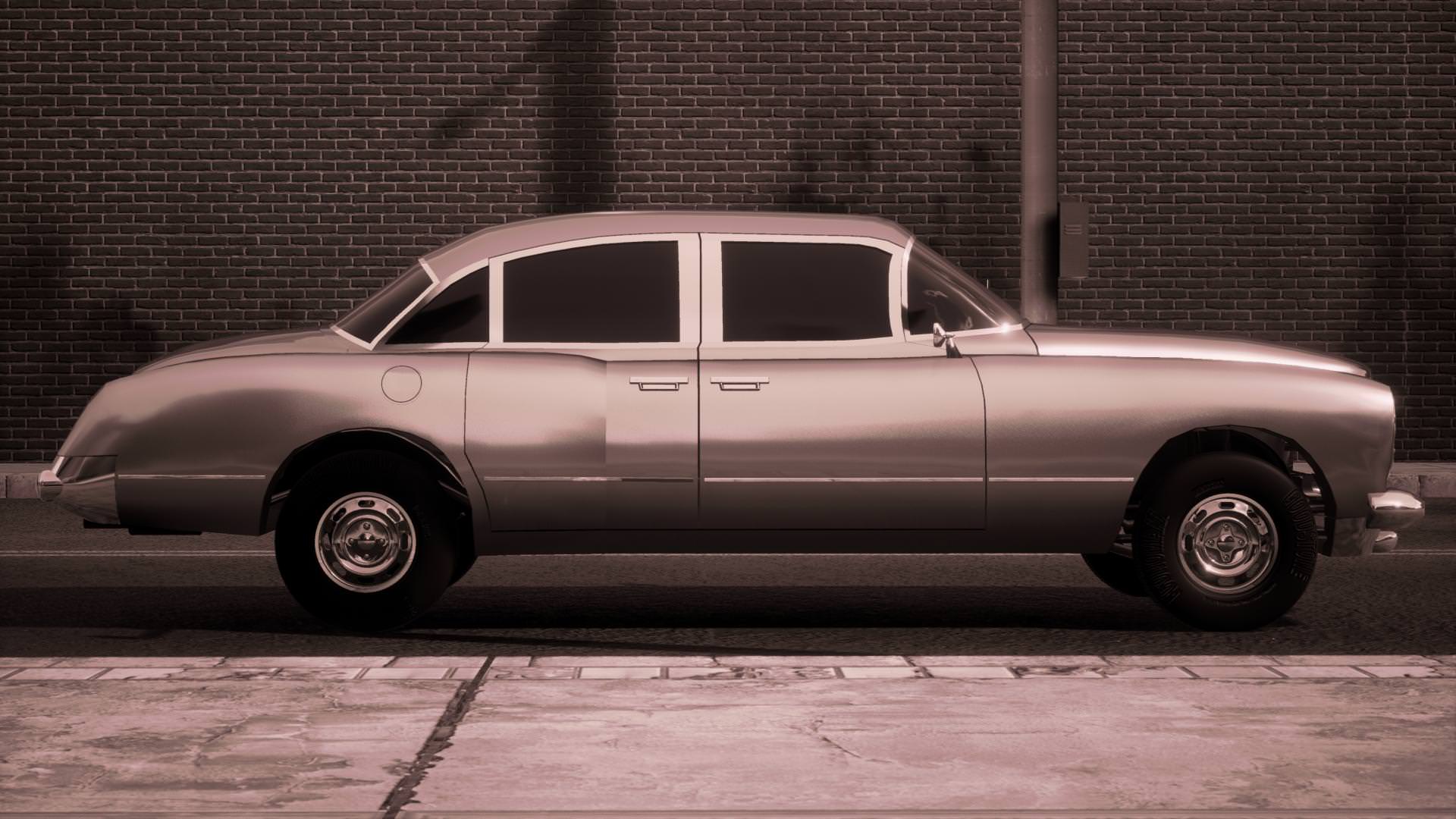 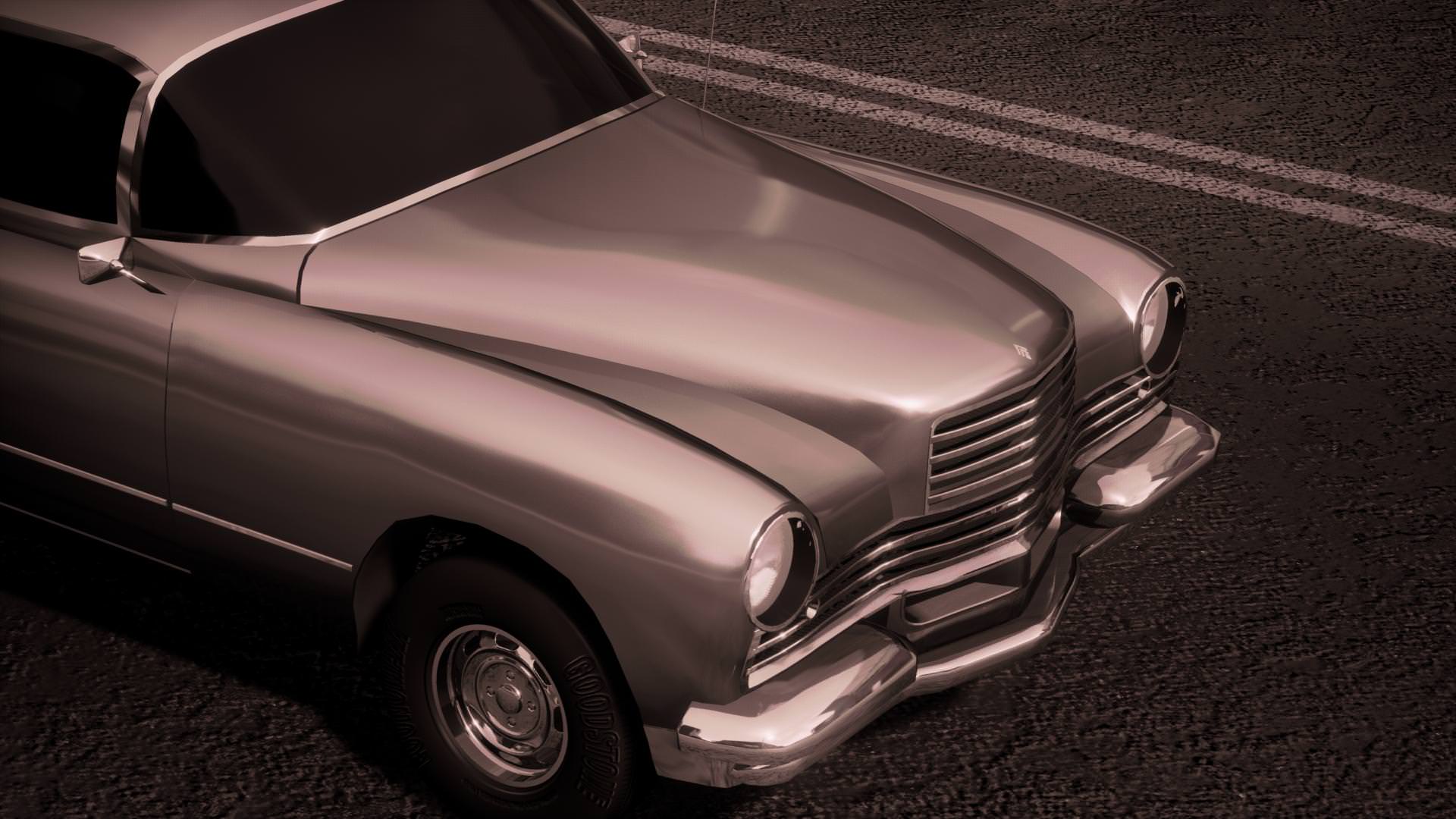 By the time 1960 rolled around, the tried and tested Elianor received an update. Using the same chassis, the S2 was mostly the same, albeit with an updated front end. The car lost the secondary set of headlights located in the grille, and the grill itself grew in size. The biggest changes were however, surrounding the technical aspects of the car. For the S2, Estrelle added a lower end model to the line-up. A “Standard Series” model, which came fitted with a brand new 3.0 liter V6 engine, good for 120 horsepower on regular leaded fuel, which was paired with a 3-speed Manual Transmission, and standard accommodations inside. But you weren’t interested in that, the real bread-winner was the Deluxe trim. With the big block 400 V8’s upgrade to a 4-barrel system, and new short cast headers, the engine now produced a stout 290 horsepower, which was paired to a 3-speed Automatic. Fitted with Premium interior accommodations all-around, the Deluxe Elianor was a respectable offering, the 1.9 ton sedan being capable of a 9.3 second sprint to 60mph, a sub-17 second quarter mile, and a top speed of 140mph, and that was on the stock 190/90/14 tires that the car came with, with the 3-speed slush box. 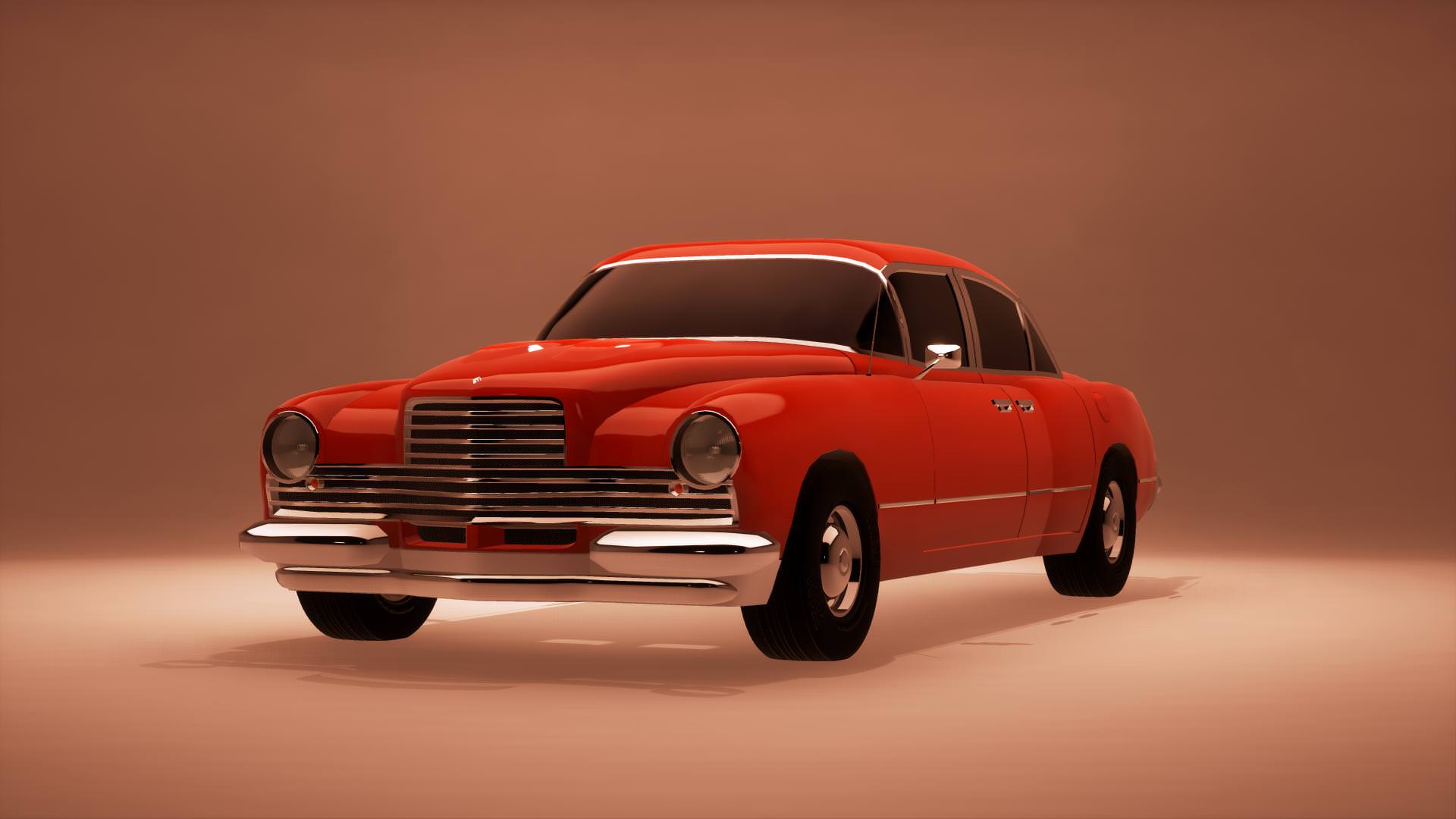 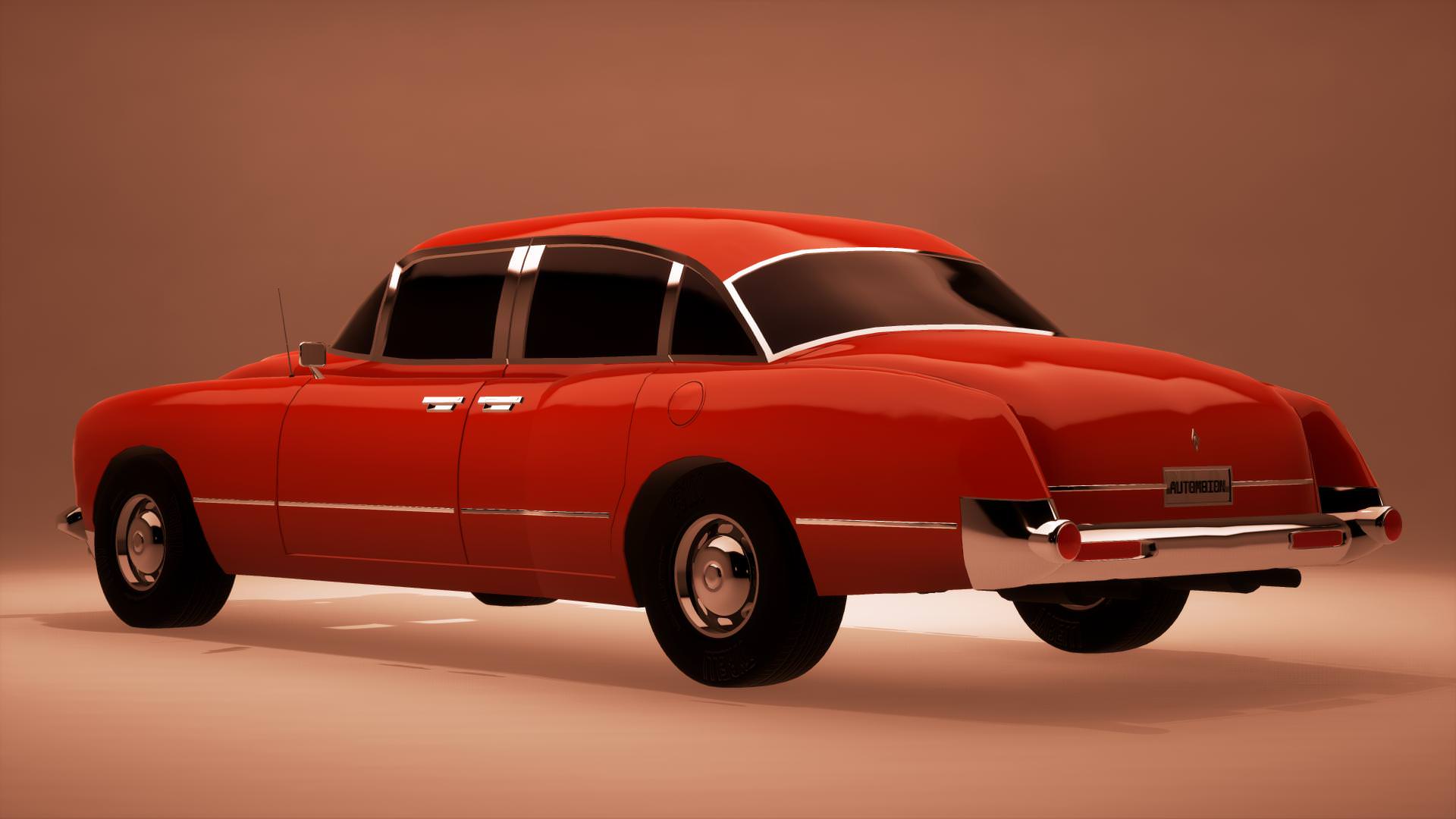 If you had the need for speed, though. Estrelle had you covered. Being a man of taste, you didn’t need to be “limited” to the Deluxe model in your quest for performance, and opulence. Meet the GTX, a high-end model for those who wanted more. Armed with a 430 Twin Carb producing 410 horsepower, a 4-speed Manual, 225/75/14 tires front and back, and a squat stance. Luxury accommodations once you got inside, and things like Power Steering and all-wheel disc brakes were standard with the GTX model. But let’s not ignore the performance specs: 0-60 in 6.4 seconds, the quarter mile in 14.8 seconds, and a top speed of 157mph. As a result, the '60 - '64 Elianor GTX is one of the most collectible production cars that Estrelle has ever built.

Next up, we take a trip to 1965, where Estrelle’s lineup begins to expand!