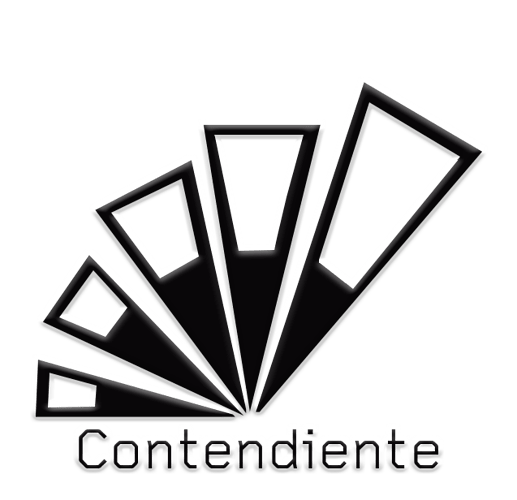 Contendiente Automóvil (often called Conte or Contendiente for short) is a car manufacturer based in Málaga, Spain. It began life as a small company managing a assembly line producing the Znopresk Z100 under license, known as the Conte C100. In 1981, it gained independence from Znopresk when Luis Gómez Mejía bought the plant, company and assets; soon, the company would transform all the experience gathered from building the C100/Z100s into the know how necessary to design their first car, the Estrato.

Nowadays, Contendiente is the second biggest automotive company in Spain, and owns the Caliban Kit Car company since 2011.

Their motorsports ventures begin with Group A touring cars and rallying in the late 80s, then GT4 in the late 2000s and finally higher level GT racing recently in collaboration with Caliban.

I’ve had a soft spot for Contendientes in Kee, so there should be no reason it won’t happen in UE4. Will there be any remakes of existing cars from Conte in this thread? If so, they ought to look even better now than they originally did.

It looks more like a touring car than an actual sports car, but it ought to be fast enough to give rivals from Erin and Merciel, to name two, a run for their money. And it makes me eager for the street-legal versions of the Enemigo.

so a BMW M2 for the masses kind of thing. How many people does it seat?

That’s a nice car you’ve got there, Computah.

Also, a little bug. Is 1.6T just an engine name or it’s wrongly mentioned as 1.6 turbocharged while being N/A?

I think that is a turbo engine to improve low-end Torque. So, a low pressure turbo. Looking the max torque at 1900rpm…

Yeah, that was a typo. Corrected now.

Okay, a serious question. How much did Durex pay Conte to get promoted as a main sponsor?

These companies can spend literal millions on these sponsoring deals.

The front and back are great! Lots of detail and so on, but the side just looks like a flat slab, which isn’t helped by the fact that it is a flat slab

Maybe some plastic or chrome trim pieces would give it a more interesting profile?

That’s one neat looking ride you got there.

If it looks right, it is right - that’s definitely true here. I am expecting the second-gen Enemigo to build on its legacy with ease on first impressions alone.

Ayy! The Enemigo joins the Semi Trailing Arm club like the Merna* . Really liking the door handles and the rear of that Estate model, it looks splendid.

*shameless self promotion i apologise profusely

The second-gen Enemigo may use the same body as the original, but I’m sure that its independent rear end will provide a welcome improvement in terms of ride and handling. And it looks better to boot, even after the facelift.

Hell yes. A sports wagon. What more can a car enthusiast want? Don’t expect me to explain what makes an estate car just better than anything else, even I don’t really know. All I know is that there’s just something about it that makes it better. So then, is the Enemigo S Tourer better than its conventional coupe and sedan cousins?

Well it is essentially the same car, packing the same 2.0l Turbo i4 which knocks out 320 hp - as you’d expect from this area of the market. No surprises there, though the 8800 rpm red line is a nice feature, and this engine certainly knows how to scream at the upper echelons of the powerband. It’s a bit of a nuisance then that there isn’t more torque when you’re up high in the revs; the VVT/L kick is weak and you don’t get much more go than you do at the turbo spool, down at 3800 rpm. It certainly delivers power up high, but the same exciting lurch from the rear wheels isn’t quite there sadly.

Happily however, the 6 speed manual gearbox is nice, and it can really shift when you want it to. 0-60 in 5.1 seconds is on the mark for a RWD car with this sort of power, and the well spaced ratios make it very satisfying to accelerate. Better still, it’s reliable power; wheelspin is only there on loose surfaces, and it suits the high-rev bias of the power from the engine.

Cornering is nice too. The better weight distribution that comes from wagons is very much present here, and it feels predictable on the limit as a result. The suspension is a tad too soft for my taste, as the body roll is fairly noticeable. The low weight doesn’t make this as much of a problem as it might be on other cars - and it is low, coming in with a curb weight of 1471kg - though the stiff front sway bars feel off, feeling too hard for a car with this weight. The result is that it understeers and gives in a little too early for its own good. I found myself wanting it to be a bit more pliable on the limit, though that didn’t stop it from being engaging at lower speeds.

I do, however, really like how it looks. It’s a bit overdesigned at both ends, and it certainly won’t be to everyone’s tastes, but there’s a cool aggresiveness in those headlights and a finesse in the thin design lines that gives a professional feel. The interior won’t meet everyone’s standard either given that it is on the basic side, but that is of course for weight loss measures, and something that I’d more than happy to sacrifice for the performance benefits. And, naturally, it’s very practical. It is a wagon after all.

For me though, it’s not exciting enough to quite hit the mark. It doesn’t reach the proper drivers car status of other performance wagons that this current generation will undoubtedly be compared to, but it doesn’t stop it being worth your consideration. This is easily the cheapest performance focused rear wheel drive wagon on the market, and on a good day, that would probably be enough for me to sway my opinion. It’s just not quite there though as a performance car, and there are similarly priced hot hatches that will offer a more exciting drive, especially on the limit.