Founded in 1933, Feuerzeug Artillerie-Gruppe began developing advanced weaponry for the remilitarization of Germany (see Figure A for the company’s original logo). The company specialized in mobile heavy artillery support vehicles using highly flammable shells and novel liquid petroleum jet stream munitions. Their advanced weapons research soon led to the development of advanced automotive technologies, including their highly innovative inline 12 cylinder engine capable of moving 50+ ton artillery pieces at over 45 kph. This engine design and associated drive train eventually became incorporated in the Panzerkampfwagen Tiger Ausf. B (Tiger II) super-heavy tank, known for being more agile than Allied tanks despite its size of almost 70 tons. While hard to believe today, this first famous engine developed by Feuerzeug AG achieved only 0.15 kpl! In 1944, Feuerzeug AG received orders to refocus all wartime weapons research toward solving the nation’s critical petroleum and gasoline shortage. They quickly delivered numerous amazing creations including engines that ran on compressed air, gasified wood, and one of the few liquids still readily available in the Reich at the time… beer! However, the Feuerzeug AG biodiesel engine that went into production in March 1945 was the company’s crowning achievement of this time period. The engine achieved an amazing efficiency of over 17 kpl and it could run on any biodiesel, which could be extracted from some truly surprising sources. For example, the engineering team first ran their prototype engine on 3 liters of biodiesel extracted from Katzen, the cat kept by the team in their design shed who had sadly died the day before the engine was declared test ready. Though poor Katzen never lived to see this engine built around him purr its first rotations, his memory now lives on in the name and logo of Fahrzeug’s luxury brand (see Figure B for Katzen in his logo)! Before the revolutionary Feuerzeug biodiesel engine could show its true transformative power, the war ended and Feuerzeug AG again faced a visionary crisis. In the post-war years with the demand for weaponry in West Germany nonexistent, Feuerzeug AG rebranded themselves to Fahrzeug Auto-Gruppe. Throughout the late 1940s and early 1950s, with investment funding in exceedingly short supply to start their planned move into the auto industry, the company eked out an existence manufacturing spare parts and small, ultra-efficient engines for construction and agricultural equipment. Finally in 1956, Fahrzeug AG got their big break into the auto market when the Fahrzeug Flyer finished in the top 10 of the prestigious Automation Touring Championship. Throughout the 1960s, they remained a niche, though profitable player in the auto industry. But, this decade was not wasted. With fresh investment funding from ongoing operations, Fahrzeug pursued extensive R&D efforts into ultra-efficient engine technologies while the rest of the auto-industry languished. In 1973, Fahrzeug presented to the world a fully developed concept model Fahrzeug C1 that included its first-of-kind fuel injection system. In 1975, full production of the C1 began and Fahrzeug instantly moved from niche player to global behemoth. The rest they say, is automotive history! 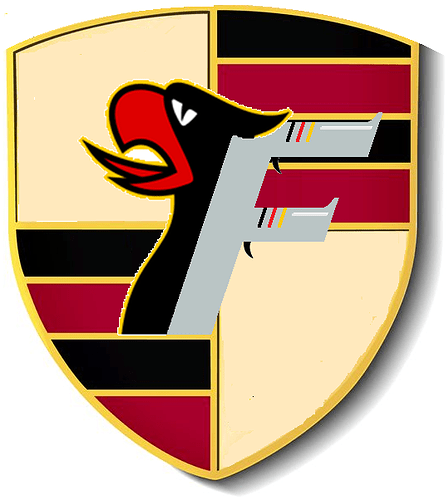 I will post cars here hopefully starting tommorow and write some more on the more modernish histor tommorow but for now enjoy the history!

I guess you chose wrong forum category dude. Ask admin if he can move it.

Also, I guess you’re from 2001, finally someone equal my year of birth lol

There’s no need to ask anyone to move it, it can be done simply with the thread edit option. And I’m wondering why do you think that Sillyducky is from 2001.

Cars will go under here, don’t worry! Thanks for reading