Every time I start Automation Steam version, it performs the First Time Setup: Installing Microsoft VC redist. (I think this is how it’s named)
What is going on?

Are you trying to install the steam version?

Installed, and working. But EVERY time i start, a window with that message appears. EVERY single time. Freaking annoying.

But i don’t know if it’s a problem with Automation or with Steam.

sounds more like a Steam issue. Try verifying the game cache first. That solves 90% of my issues with Steam games.

Is it THIS bug?

No. The game is running.

But EVERY time i start it, it performes the First Time Setup. Some Microsoft VCredist package 1/2, then package 2/2.

After that has been done, the game begins loading. 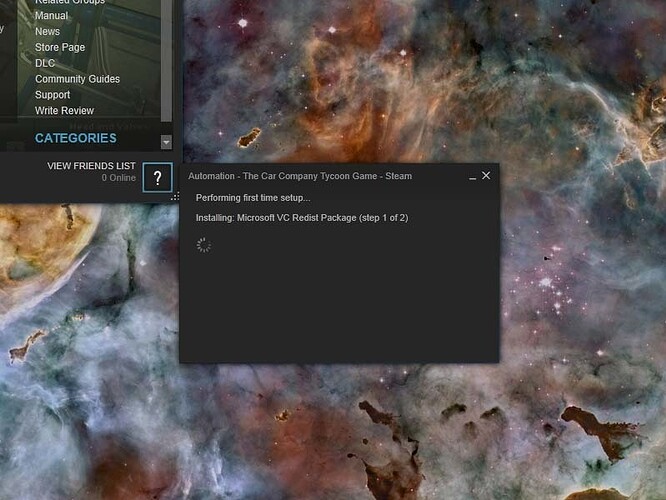 Got a e-mail from Caswal. His solution was successful. Yay!!!

Editing one of the Steam files for Automation. That did the trick.

And with yesterdays update it was back. Yay, NOT.