Reposting from discord, Take two, since the first time I tried I was a new user on the forum and couldn’t add images or the base vehicle.

An up-and-coming automaker in the early 90s, the European “Muir” motor company, riding on the success of their sporty light truck in African markets (Though it performed rather poorly in Europe) has decided to add a small van to their lineup. After seeing the motor and basic body style, an intern suggested they call it the “Cadacus” and, not speaking Latin, the marketing team promptly stole the idea.

That’s irrelevant to the conversation at hand though. The recent late 2000 recession has necessitated some budget cuts, and the in-house design and engineering teams were laid off before they could finish their work, so the job falls to external contractors. More accurately, an external contractor. You. Management promises “exposure”, whatever that means. Good luck!

Attached is a screencap design of the body of the vehicle. It is a small van, with an anemic 1.6L Inline 4. Designed during a recession by an automaker already floundering in their local market, it’s entirely terrible, but hopefully, it will at least look decent.

Challenge: Design fixtures for the vehicle. The best design will be used (And credited) on the BeamNG repository. Internals are not required, but bonus points may be awarded if you’re so inclined to create one.

Restrictions: The functionals may be modified, but the engine must remain a 1.6L naturally aspirated Inline 4, body morphing should be kept to a minimum from the original design, and no more than 2 users may contribute to any submission. You may change quality sliders, but must keep the vehicle below a material cost of 3000$, 60 production units, and an engineering time of 50, up from the current rates of 1700$, 45 Prod units, and an engineering time of 30.

Edit: to clarify, this is the latest build (4.27) and the numbers are correct. Quality sliders will be a necessary action. The base vehicle as is fits those requirements.

Submissions will be cut off Saturday at 12PM ET. Late submissions may be accepted depending on situation, but the start of judging will be a hard cutoff.

Judging will be done Either Sunday or Monday depending on my schedule.

Please submit cars with the model renamed to “Username - Caducus” 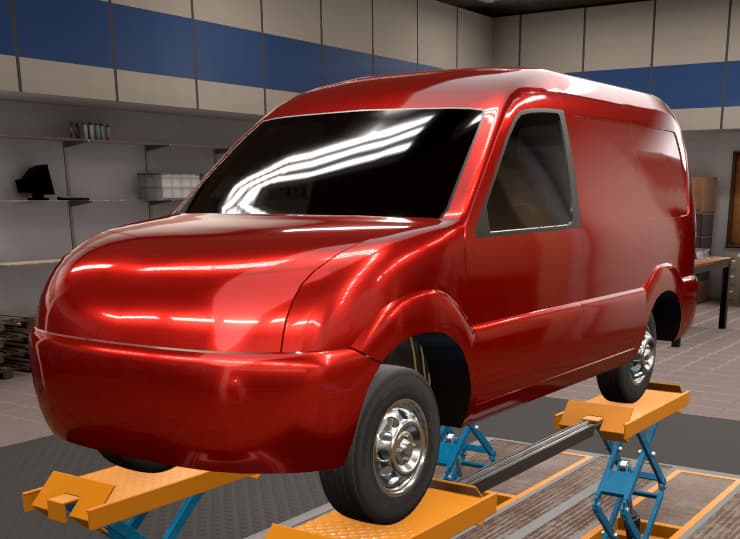 Is this in 4.2? I’m assuming it is, because it’s more stable than it used to be.

These values all seem like they’re far too low for 4.2 - there’s no way you can get that low in that build.

the original car (iirc) has -10 everything
re engineering it using the new standards still meant lots of negative quality, but it was significantly less meme-tastic

given that this is a forum challenge, and you may expect to receive lots of entries, I would suggest adding a naming convention - ie: [DTF - (username) - Muir Cadacus]
and a deadline, to cap the amount of submissions as well as give a starting date for judging - I would suggest a week from today at midnight UTC

See the edit above. Let me know if that clears up your questions?

By the way, I forgot to mention that cars will be judged on the following terms:
Visual: 75%
Performance: 25%
If you feel rushed, prioritize the design of the vehicle over the function, but performance will still be accounted for in the case of a “tie”. However, your money and time budgets are hard cutoffs, so don’t go over!

Well, I waited a while to see if anyone else would show up. Nobody did, so I guess @ldub0775 wins by virtue of having made the only submission.

I missed this by virtue of not seeing it. There are many discords, I’m finding. Ah well, see you next time