Prior to Founding the Company

Born 5 year apart both Matthew and Thomas were gifted children, they both had an interest in how things worked which persisted, much to their mothers dismay and their fathers joy, throughout their childhood.

During school they were both very able students in maths and sciences, both left school with exemplary grades and both went to attend top universities. Both of them graduated from university with first class degrees, Matthew in mechanical engineering and Thomas in electrical engineering.

After leaving university they choose to join the armed forces, with both of them serving as engineers to the 14th Squadron of the Gasmea air force. During their time serving in the air force Mathew was tasked with maintaining the boxer 6 engines that were installed within the majority of the fleet., whilst Thomas was responsible for the maintenance of the radio communications both within the planes as well as on the ground.

During the advent of the Great War in 1933 both Matthew and Thomas were deployed to the same front line airbase in Gasmea due to there outstanding capabilities in their respective fields. This lead them to have an accelerated career path, with Matthew progressing to Wing Commander and Thomas progressing to Squadron Leader.

After the war had finished in 1942 there was a mass exodus of personnel from the armed forces, of which Matthew and Thomas were part, which caused a mass shortage of jobs within the private sector.

Using the money that they had saved up during the war and working odd jobs during peacetime Matt and Thomas set up the foundations for the Flamers Motor Company in 1944, with help from Frederick Walker, who they had met whilst serving for the air force, they started to design their first car. 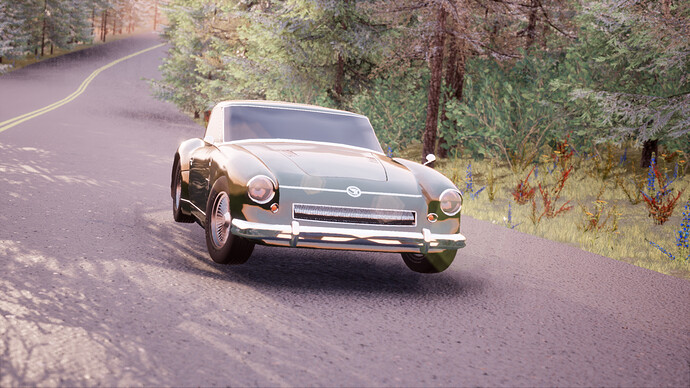 Built from the same boxer style engines that Matthew had been working on during his time air force the Azure was built as a celebration of the end of war. Allowing people to enjoy their new found free time by the seaside. 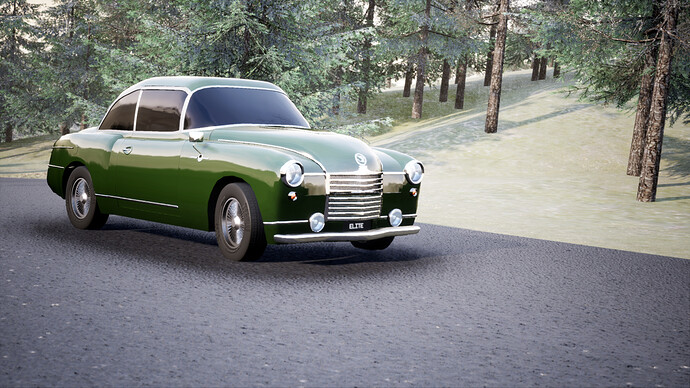 After hitting the sports coupe market with the Azure the Flamers Motor Company followed up with their second, more family oriented, vehicle the Minerva. The tweaking the existing 2 litre boxer 6 engine they managed to get a much better daily driver. 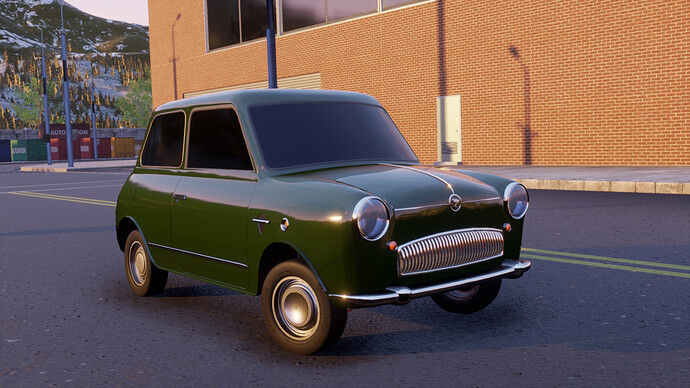 As the hard time hit Gasmea it called for a drastic shift in car design, moving away from the high performance boxer 6 engines the Flamers Motor Company instead invested in designing a new inline 4 block, something the company still heavily uses even today. It’s first debut came in “the car for everybody” the Mikro. 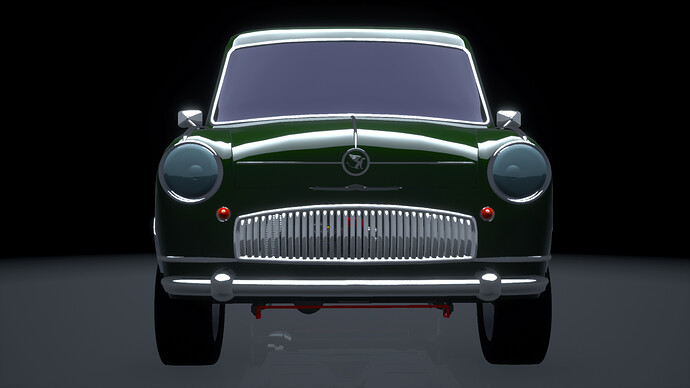 The engineer in the brothers couldn’t help tinkering, they wanted to see if they could get some performance out of this tiny engine. They managed to get a little more power out of the Mikro’s engine and sold the Super Speed in limited numbers and it became a cult classic, optimising triumph in austerity. 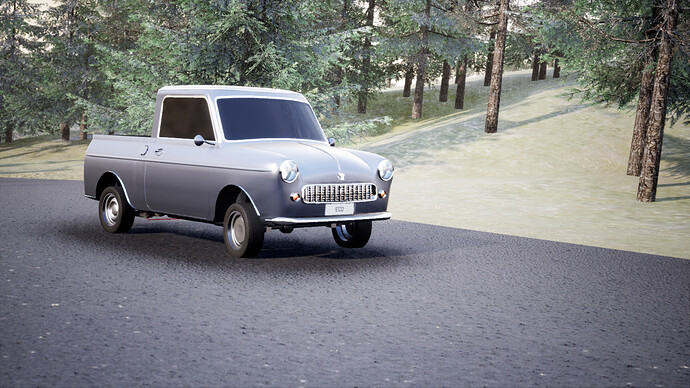 The rise of city living was calling for a new class of commercial vehicle, something small, efficient and cheap. All things that the Mikro was excellent at. This lead the brothers to converting the Mikro into a city delivery vehicle, this venture into commercial vehicles wasn’t the most successful and was never a market they entered into again. 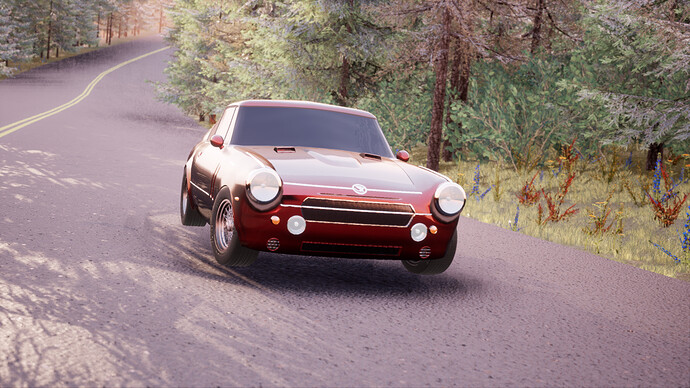 With the success of the Mikro the brothers couldn’t help themselves, it had been 10 years since they had a chance to design a sports car so in 1957, as the depression was starting to show signs of ending the Flamers Motor Company released the Azure MkII. For the first time the company tried it’s hand a a V8 engine, boasting 290hp. Being the companies first V8 it wasn’t the most reliable engine but when it was going it really went. 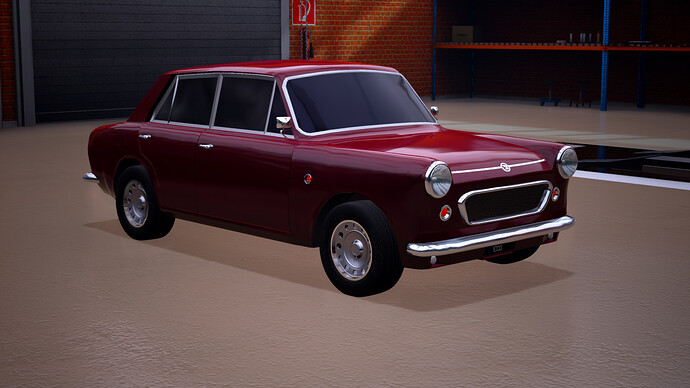 As the depression ended there was demands for a larger car then the Mikro therefore the Flamers Motor Company released the Gesin. Built upon the same engine that was in the Mikro the car was quick to develop and quick to get the market. 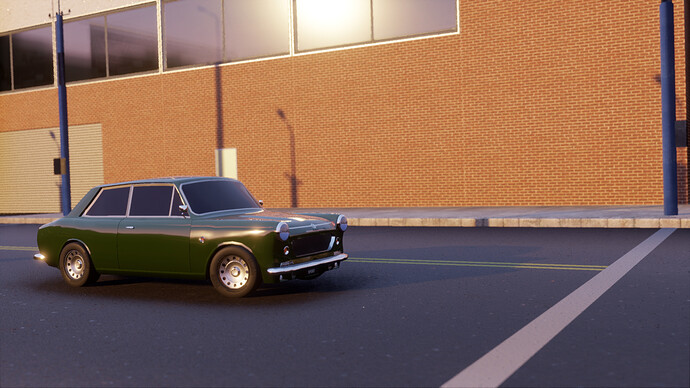 The same logic was applied to the Gesin as the Mikro, why just having a boring car when you can see how far you can push it? The Super Sport is that. It still has the same 1.3 litre engine the Creature Comfort has however it is pushing our considerably more power. 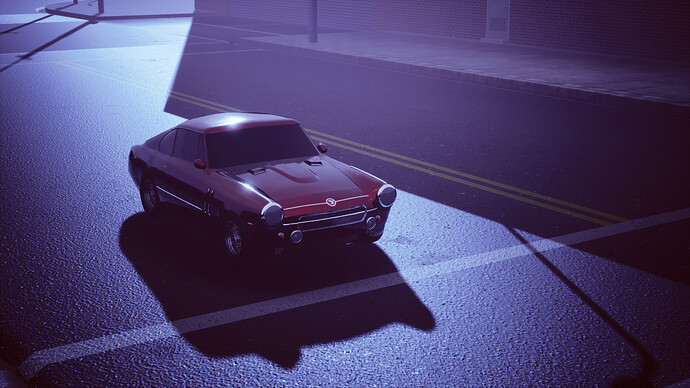 Due to the unreliability of the V8 engine in 1960 the decision was made to swap the block to a slightly less aggressive V6. Although the car became much less powerful it didn’t become much slower much to the delight of prospective buyers. 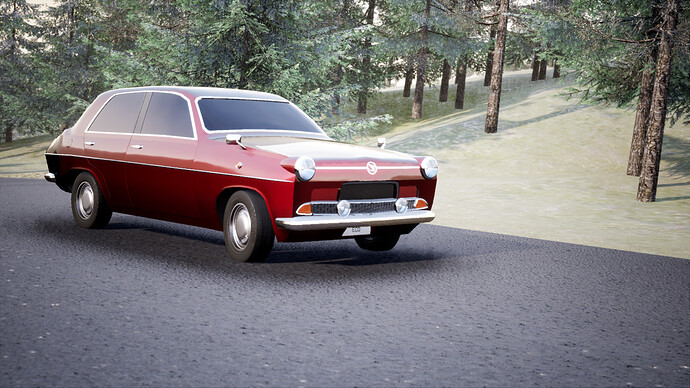 At the end of the depression ended the public became more demanding with what they wanted from their vehicle which lead to the Gesin being refreshed into the car that is the beginning of the model Flamers Motor Company, the Feino. 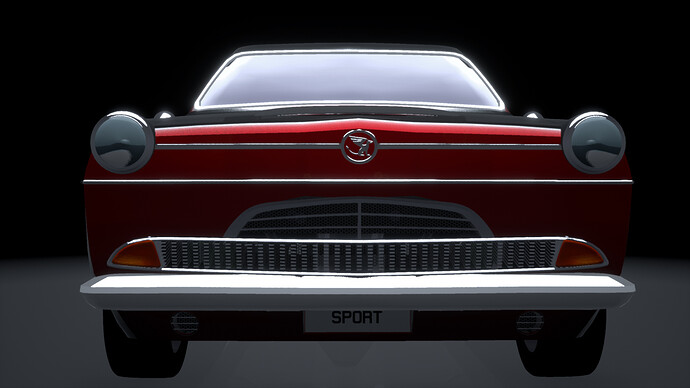 As the depression had ended the brothers decided to try and push the Feino to see what they could get out of it, using the same block that was first seen in the Azure Mk II - Speedster '60 and the same engine Azure MkIII of 1963 to Feino MkI Super Sport had some serious performance. Built for a new generation for adrenaline lovers the Super Sport was never a big seller but it encouraged City Slicker sales. 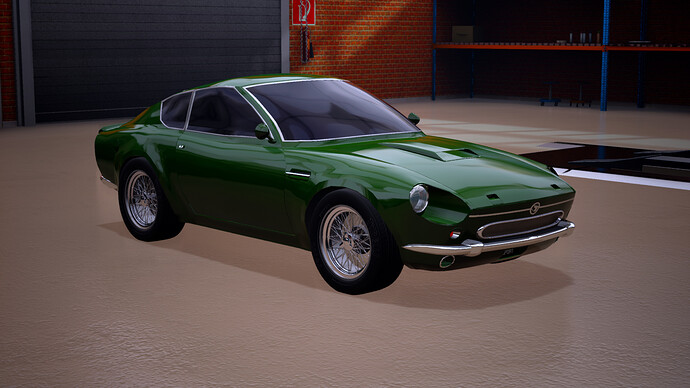 The Azure had always been a sports car and the third iteration was no different, staying with the same block that was in the Mk II and the Feino Mk I Super Speed. The Azure MkIII was a true throw back to the original Azure, built to drive around the coast roads in style.