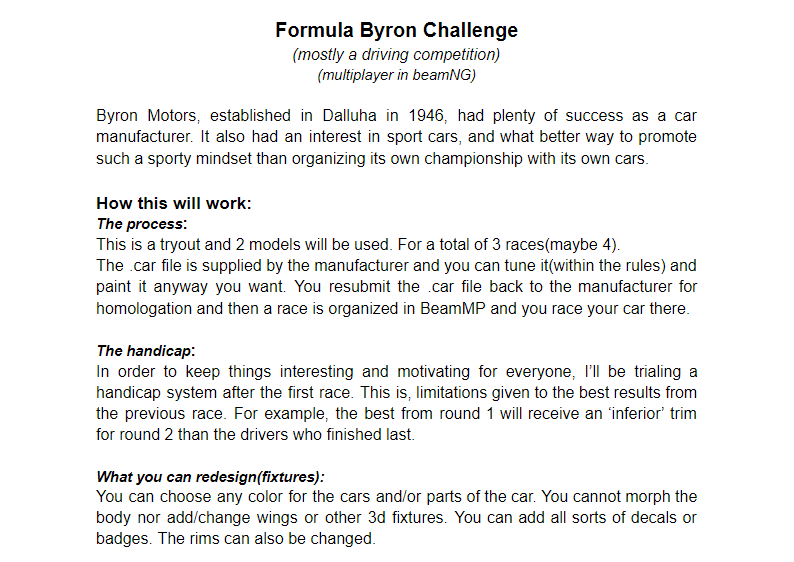 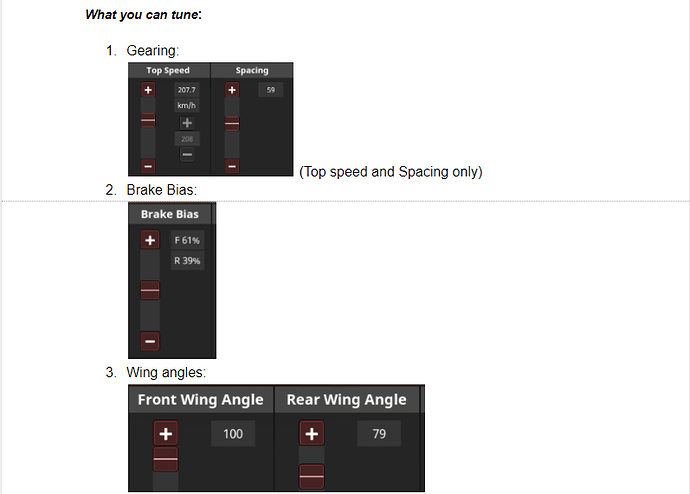 The Racing:
All races will be done with the beamMP multiplayer mod.
No cutting through the grass, no deliberate ramming
In case of lots of participants, multiple races will be done per round.
I’ll put to a vote per round how many laps a race should have.
No respawning, so drive safely.

image21879×694 352 KB
In 1974, Byron Motors decided to up their game in relation to sports cars. The Mieres was the first car from the company to have a mechanical injection system and the following iteration is turbocharged. Both sport a 2 liter V6 engine. Pictured above are the 1974 Mieres V6 on the left and the 1996 version on the right.

(everyone gets the same trim) 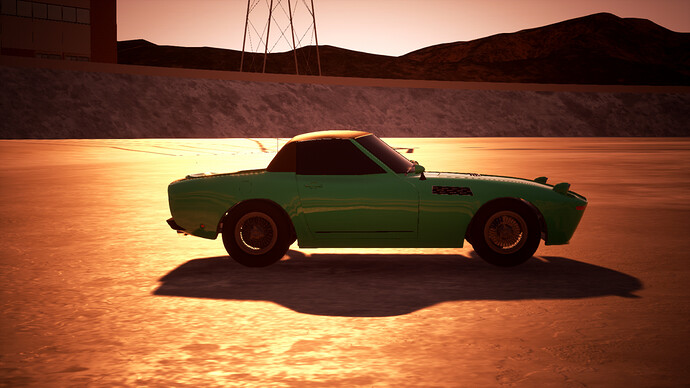 image41920×1080 549 KB
It’s 1956 and with the presentation of the first production model, formula Byron is created. The Aller 2.5 comes with a 120hp Boxer engine and is capable of a top speed of 179 km/h. It has front wheel drive, a manual gearbox and solid disk brakes on 205 width sport compound tires.

Participation: Message me on Discourse. You can be either a 1 person team or a 2 person team, but you have to stick with your team for the duration of the challenge. So if you’re a driver, you’ll have to drive for the same team, always. You need https://beammp.com/ to participate.
You can also join just as a driver, you’ll be provided a car tuned by Byron Motors.

I’ll put a beamMP server up after all submissions are received and make a bundle with all the mods for quicker connection.

Beware: Wing angles have NO effect in BeamNG. When cars are exported to beam, the physical size of the wing determines how much downforce it creates.