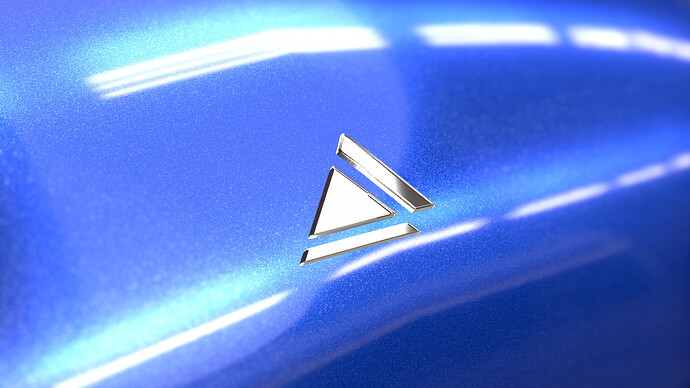 Fuji Motors, known unofficially by most as FujiMo, was founded in 1954 as an offshoot of Kyoto Heavy Industries, a company known for its metalwork and heavy machinery. As such, FujiMo originally only made utilitarian cars with basic construction. 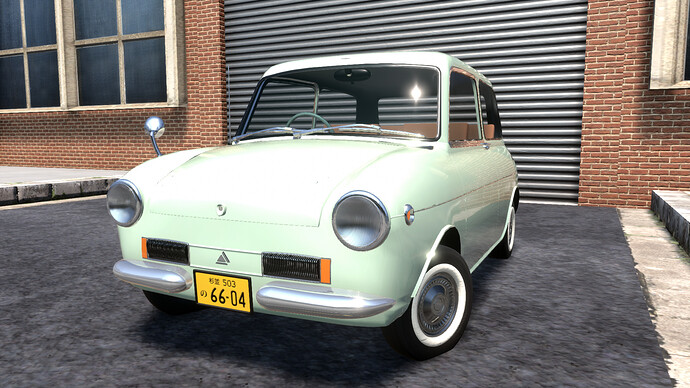 However, as years rolled on they grew beyond their utiliarian image and diversified their lineup to include sports cars, city cars, family cars, and some comercial vehicles. They’ve become one of the more quirky but still loved Japanese car brands, similar to Subaru or Mazda. In overseas markets they typically occupy the economy to mid-market under the Fuji banner and have a separate luxury brand, whereas they have vehicles in most sectors of the market in Asian markets.

Even to the point of having the exact same parent company

Fuji: the genesis
Kyoto Heavy Industries (the westernized name) was created in the early 1900s, as Japan was being catapulted into the modern era thanks to new technology. They mostly built machinery and tools, until Japanese imperialist efforts required them to build tools of war like planes and guns. However, after the war, they returned to their metalworking craft, fighting like other companies to recover a devastated economy. Funding from the Americans gave them the boost they needed to get back on their feet and make decent products for cheap prices, though they were never at the forefront of quality.

In 1949, the Japanese government introduced kei car rules, allowing for reduced road taxes in vehicles less than 3.0m long and 1.3m with sub-150cc motors. The segment floundered intially, but in 1954 Kyoto decided to throw their hat in the ring and build a tiny hatch with a 90cc single-cylinder motorbike engine. However, when new rules came into effect in 1955, allowing for 360cc motors, Kyoto had to create a new engine to fit an engine bay designed for 1/4 the displacement. They attempted to base an inline-4 off the single-pot, but the motor was too long and tall for the passenger compartment they wanted, leading to a horizontally-opposed set of inline twins, better known as a boxer-4. 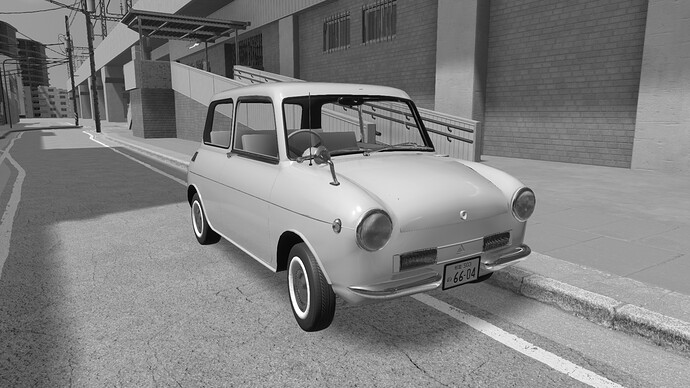 The kei car debuted in 1957 under the name “Fuji” with a badge reminiscent of the snow-tipped peaks of Japan. It had quite a few interesting features, like a 4-speed partially-sychronized transaxle and staggered tire setup, but had some archaic features like an air-cooled DAOHC motor making 18hp and a lack of fuel gauge or tachometer. It had seating for 4 Japanese adults (since Americans probably wouldn’t fit) and turned out well over 50mpg at a 40km/h cruise; perfect, since kei cars had a 40km/h speed limit at the time. However, if you were willing to play fast and loose with the law, (who also drove pitifully slow cars), you would find the sub-1100lb (500kg) weight allowed for a top speed of over 60mph and handling that seem to defy the abilities of its bias-ply tires. The floor-mounted shifter proved an extra sporty little touch, though you did need to double-clutch it on the way to first and second gear.

The result of these factors wasn’t the most popular kei car of the era, among competitors like the Subaru 360, but a quirky little family car that could handle the touge if pushed hard… on the downhill.

Is that red car in the second full-color screenshot the Fuji’s distant descendant? Regardless, I’d like to see a sport compact version of it - if it isn’t one already.

It’s a low-effect hatchback I made a while ago and threw in for size context. It’s meant to be an American-market grocery getter, though the one pictured has a chonky V6 since 'Murica. Probably going to be a future FujiMo model once I brush it up a bit. Sport and luxury trims of the Fuji kei car are complete, I just need to make a write-up. 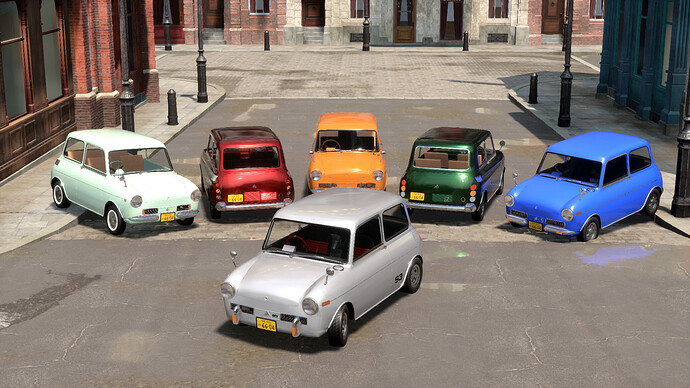