Game will not luanch (Steam versin)

I updated the luancher to the latest version and now when I log in on the luancher the game just says “active key not found”. Can somone please help.
On Steam version of game. 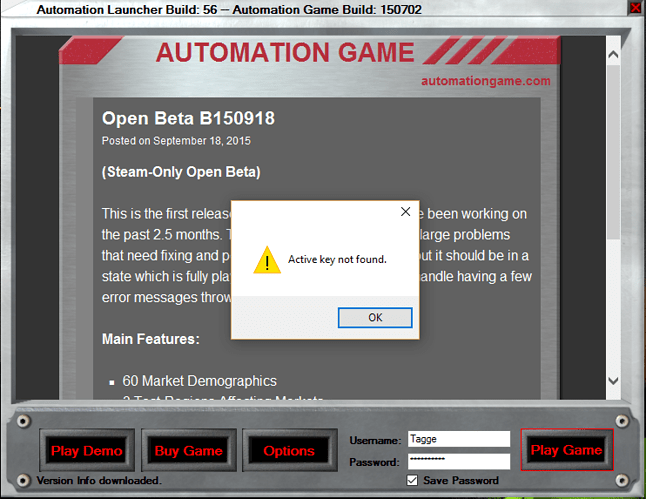 The launcher that requires a login is the standalone. It doesn’t work in your case since you do not have a standalone key.

If you bought the game on steam, check in your steam library and start the game from there.

I am loged in and it still dosn’t work.

isn’t that the standalone launcher not the steam one?

That luancher follows with the steam version aswell, and is needed to play the latest version.

Erm, no. That is the standalone launcher. The steam one needs the platform known as steam, the keys aren’t interchangeable.

One won’t work with the other, that’s what I just said above.

Open steam, play the game from there. You are doing things wrongly.

The terms might not be 100% right, but the game should be there if you got it through steam.