I’m having an issue where the game won’t show anything but the UI items in the car and engine designer and couldn’t find anything that is similar or the same to my issue in these forums or anywhere else online, I don’t know how I triggered it but I tried everything to try and make it work properly like lowering the graphics, changing resolution and other settings but nothing worked the game still loads the car and engine designer with a black screen with the UI. I have some screenshots to directly describe what I am talking about. 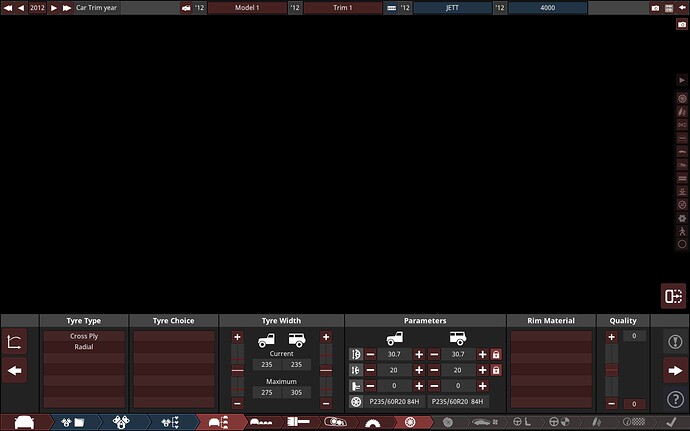