Gatto Motors is a fictional car maker based in Lugano, Switzerland. 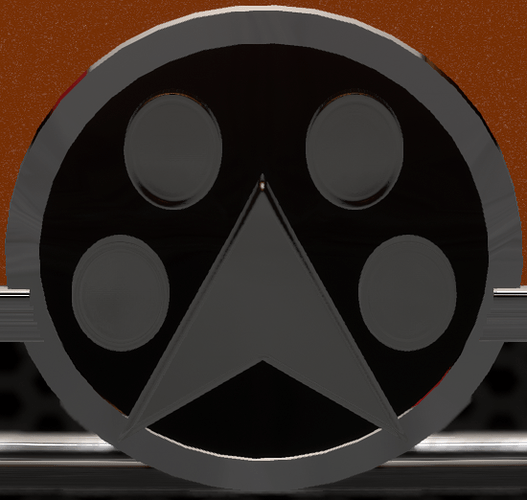 LogoGatto551×522 245 KB
Founded in 1946 with the motto “A Choice You Can Trust”, it got in a severe financial crisis in 1955, when it was bought by CosmoCat Technologies (later renamed CosmoCat Industries), a Swiss industrial behemoth active in the communication and aerospace fields.
Gatto Motors comprehends 3 other brands:
GattoWorks, the official tuning/racing division, founded in 1962, that started tuning Gatto production vehicles in 1982. GattoWorks tuned cars are identifiable by the light orange/matte white paint scheme and by the “Z” lettering in their series code. All Gatto’s except for the Landscape and Landscape Lite have a GattoWorks performance version
Felino, the luxury division of the brand. Started its life as the highest trim option for certain Gatto cars, has been spun off in an “independent” brand in 2015. All Felino cars are handmade by special personnel in a different plant than the regular Gatto production facility 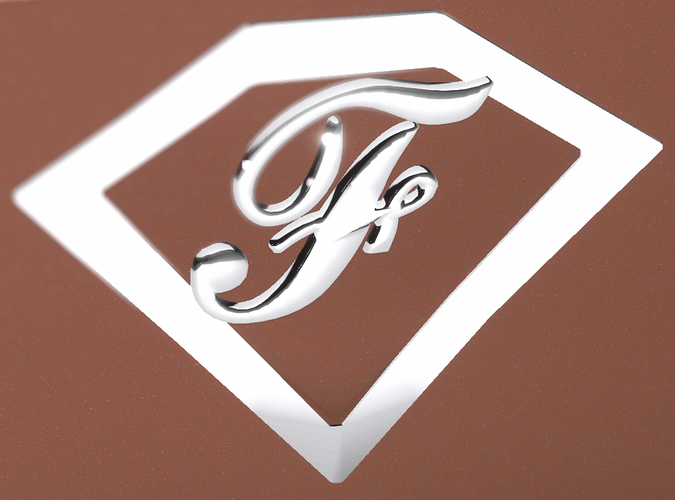 Photo1041056×782 1.09 MB
SuoKanAu, a state-owned Finnish auto maker founded in 1965 that went bankrupt in 1992, bought by Gatto Motors in 2008, has became Gatto’s cheap cars division, with a special affinity for turbocharged engines, most notably the “TTR” series engine, currently installed in the Rovaniemi TTR hot hatch. 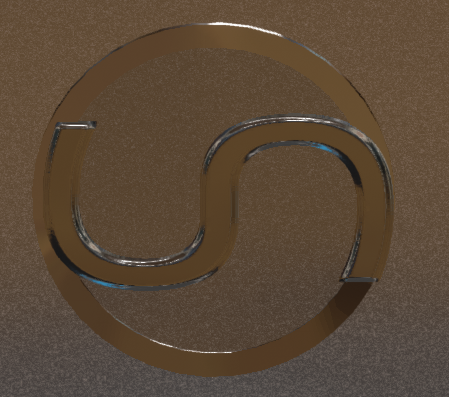 The current Gatto Motors lineup is composed by 10 cars:

Gatto Gepard “G12”, the 12th generation of the second best-selling Gatto car ever, It’s a BMW 3-series size car, available in sedan, wagon (CargoBox configuration) or coupe body. First introduced in 1946, it has just been updated. For 10 years, the Coupe version of the Gepard were Gatto’s go-to choice for rally racing until 2006. Gepard is German for cheetah 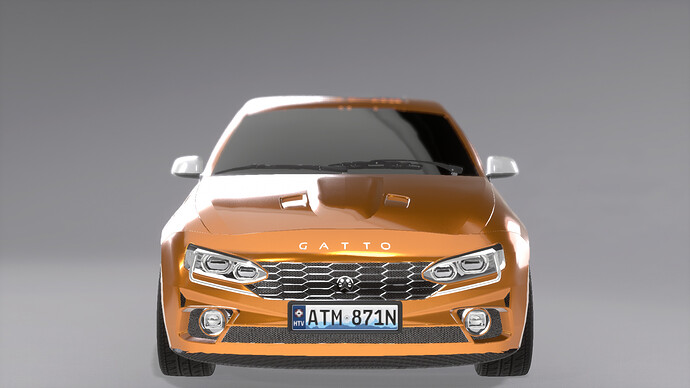 Gatto Ocelot B7, the 7th generation of the best selling Gatto car ever, it’s a VW Golf size hatchback, lastly updated in 2018. First introduced in 1973, it replaced the 4th-gen Sandcat compact sedan. The later iterations of the Ocelot (from the “B5” series) were successful rally cars (since the 2006 Ocelot replaced the Gepard Coupe) and touring cars, getting GattoWorks may wins around the globe 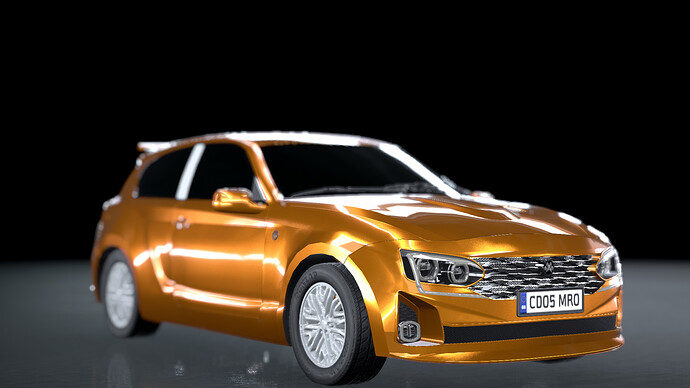 Gatto Mainecoon “T12”, the 12th generation of Gatto’s BMW 5-series competitor, it’s available only in sedan form. First introduced in 1946, it has been updated in 2019 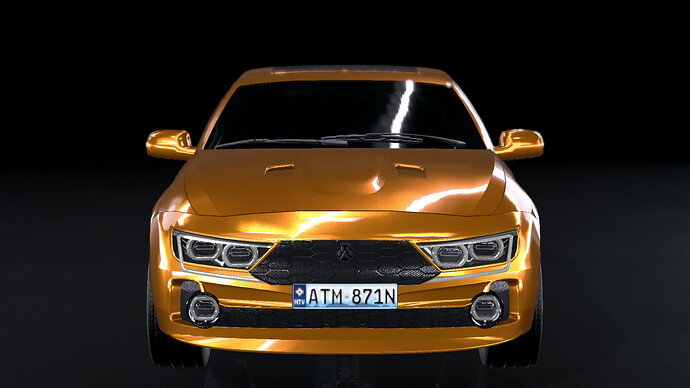 Gatto Felis “Q10”, the 10th generation of Gatto’s small sports car. First introduced in 1947, has just been updated this year and it’s only available as an hardtop, since Gatto has decided that for safety reasons, they will never build a convertible. The Felis was the car of choice for Gatto Motors for rally racing until 1995, when it was replaced by the Gepard Coupe “G7”. Felis is the scientific name of the common cat’s family 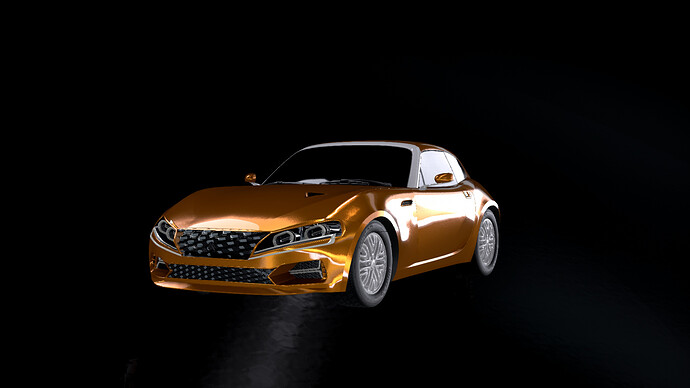 Gatto Neofelis “P11”, the 11th generation of Gatto’s medium sports car. First introduced in 1948, the Neofelis has always been faithful to its front-mounted, 6-cylinder RWD/AWD layout, and, like its smaller brother (the Felis) it has just been updated this year. Neofelis is the scientific name for the leopard family 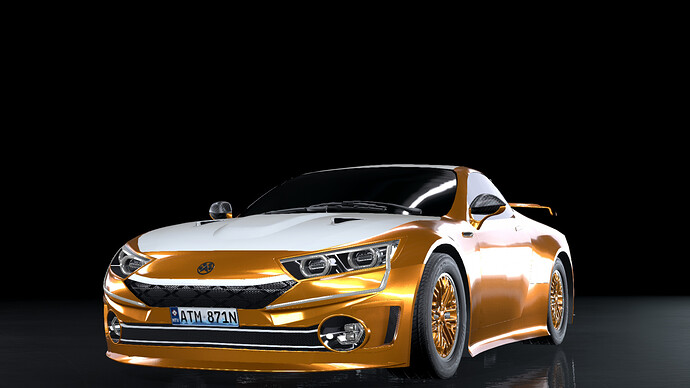 Gatto RoCat “F7”, the 7th generation of Gatto’s flagship hypercar. It was first introduced in 1956 to celebrate the CosmoCat Technologies takeover of the company. It was discontinued in 1973 because of the Oil Crisis, but it came back with the “F3” generation in 1985. It was lastly update in 2019. In 1992, GattoWorks made a special series of 10 RoCat GT1 spec cars, in order to participate in the at the time new LMP-GTP category 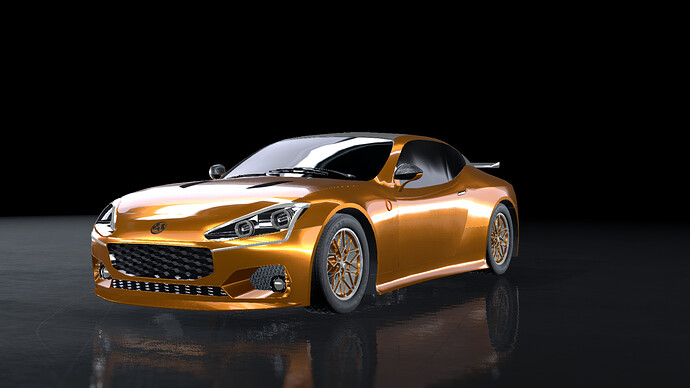 Gatto Landscape “LS9” the 9th-generation of Gatto’s Toyota LandCruiser competitor. First introduced in 1951, it was overshadowed by the popularity of the Land Rover, and for some people the introduction of the first Landscape was one of the major reasons behind Gatto’s bankruptcy in 1955. Thanks to the SUV boom in the world market and to the fact that it combines the ruggedness of a true off-roader with the Swiss quality that characterizes Gatto’s products, the new Landscape (updated last year) is selling strongly, especially in markets that never rewarded Gatto products like China and the US 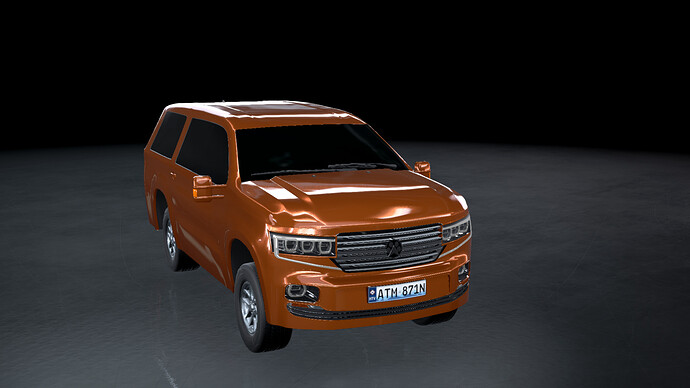 Gatto Luchs “O5”, the 5th generation of Gatto’s smallest and cheapest hatchback, first introduced in 1982 as a more basic version of the Kodkod, spun off in an independent model in 2000 and lastly updated in 2018. Luchs is German for lynx 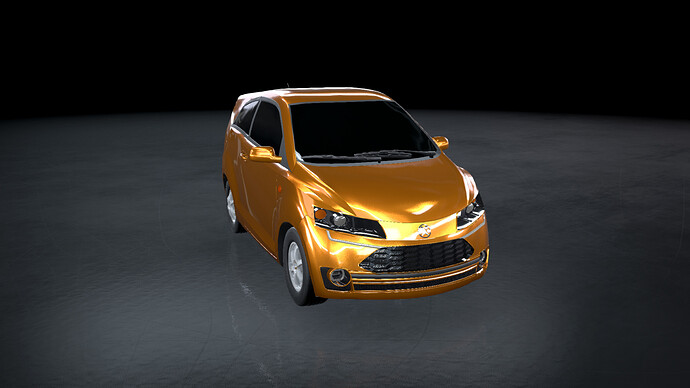 Gatto Kodkod “A7”, the 7th generation of Gatto’s Ford Fiesta rival, first introduced in 1976 and lastly updated last year. In 2017, it has succeeded the Ocelot as Gatto’s main rally car. The name is derived from a small wild cat 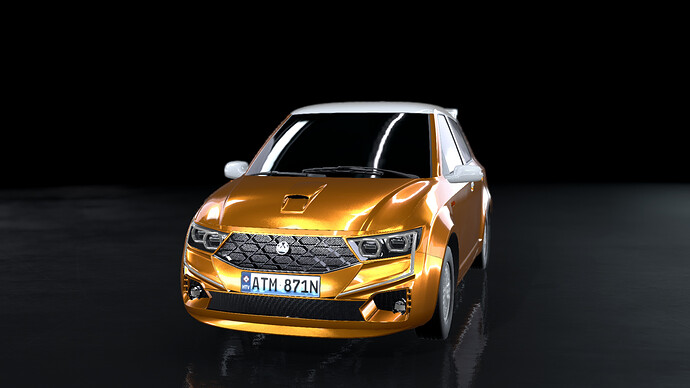 Gatto Landscape Lite “LL5”, the 5th generation of Gatto’s small off-roader, created to compete against the Suzuki SJ410/Samuari/Jimny. First introduced in 1982, it has just been updated this year 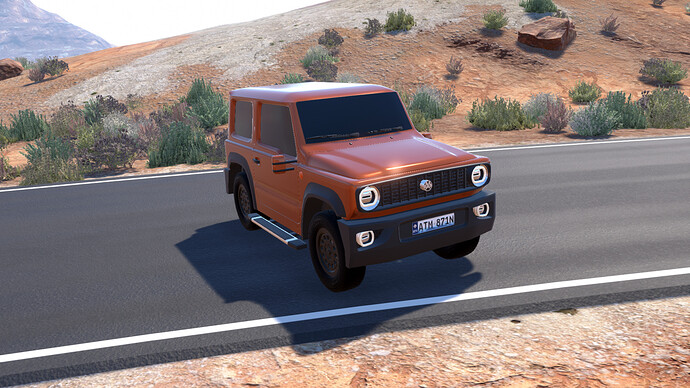 Felino T12, the Felino version of the Mainecoon, as you have probably guessed by the car’s name 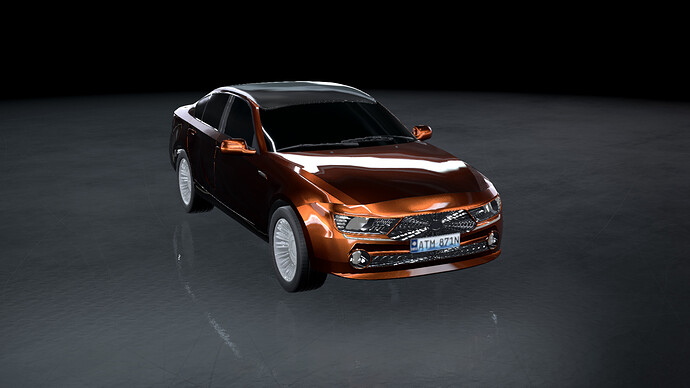 Felino G12, the Felino version of the Gepard 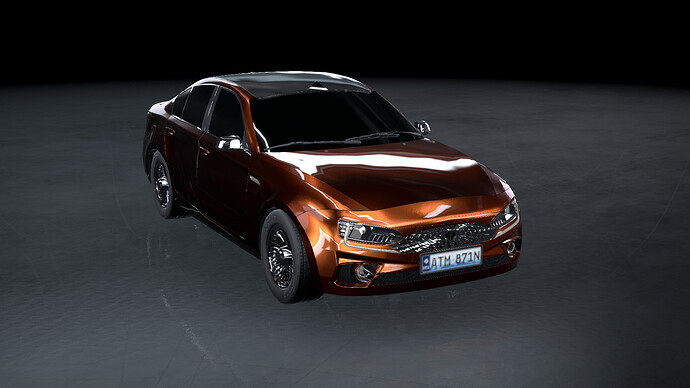 Felino LS9, the Felino version of the Landscape 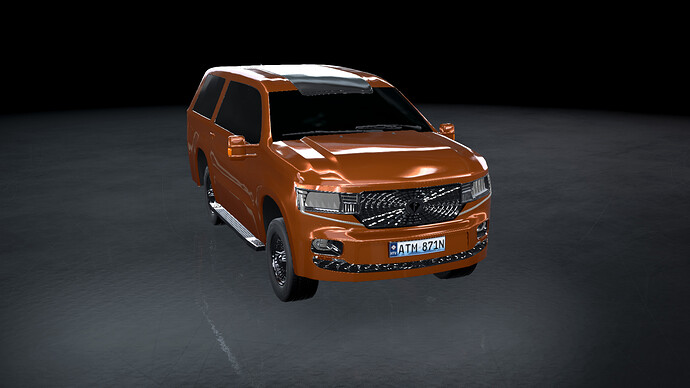 Felino P11, the Felino version of the Neofelis 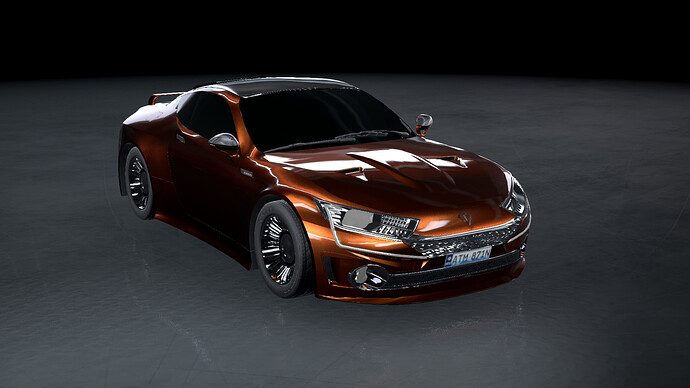 Felino Chicco “C8”, the flagship of all the Gatto Motors products, the Chicco is the only Felino with an actual name, since until 2015 it was a Gatto-branded car. The Chicco (first introduced in 1957) was always aimed straightly at the Rolls Royce Phantom and Toyota Century, being the most opulent and luxurious vehicle from Gatto Motors. This generation was presented to the 2015 Geneva Motor Show, and it was updated this year to remain above the competition, as always 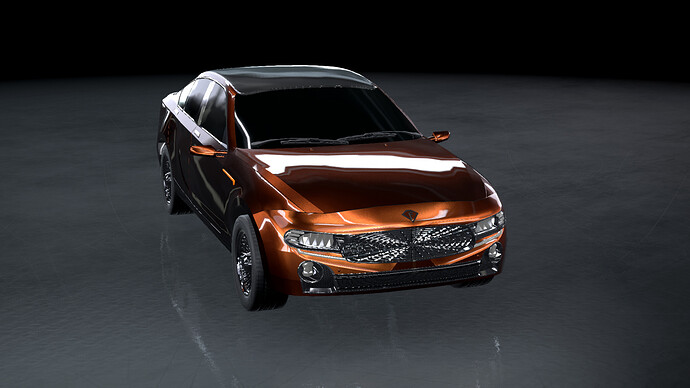 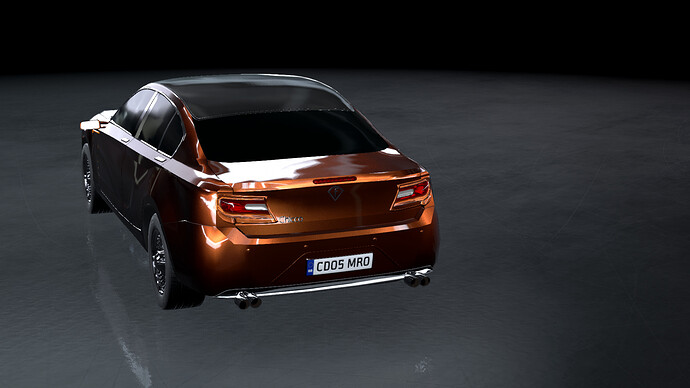 All Felino cars except for the P11 and the Chicco use specifically tuned versions of GattoWorks’ DOHC modified 4.5L NA V8, distinguishable for an “L” in the engine code

SuoKanAu Lapland, a cheap compact SUV based on the Landscape Lite platform 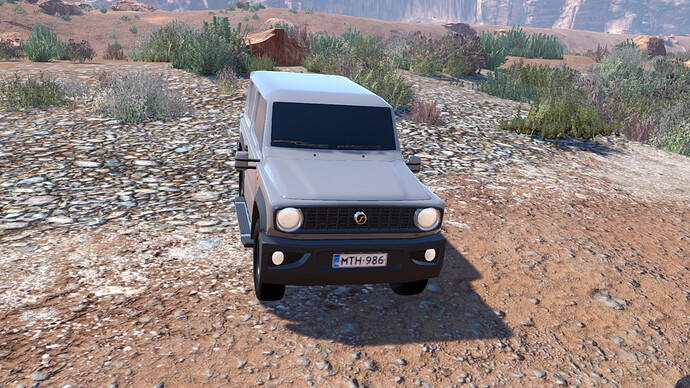 SuoKanAu Rovaniemi, a cheap VW Golf-like hatchback based on the CatNose platform, named like this in honor of the plant where the best selling SuoKanAu car ever (the 80’s Syntrex), built in the city of Rovaniemi 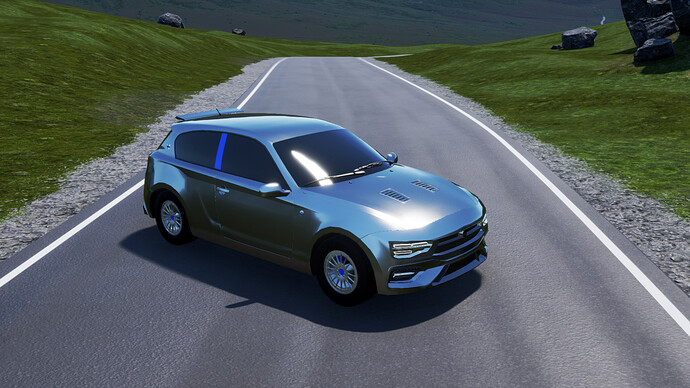 SuoKanAu Turku, a cheap crossover based on the Ocelot/Rovaniemi platform

SuoKanAu Espoo, the sedan version of the Rovaniemi 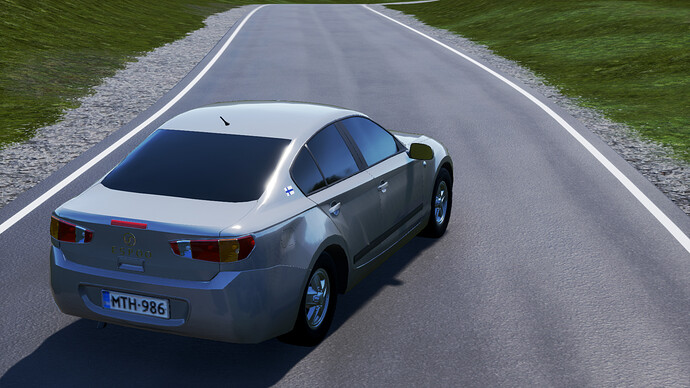 SuoKanAu Torica, a cheap small hatchback based on the Luchs platform

Gatto Gepard “G1”, the first car ever made by Gatto Motors, nothing special 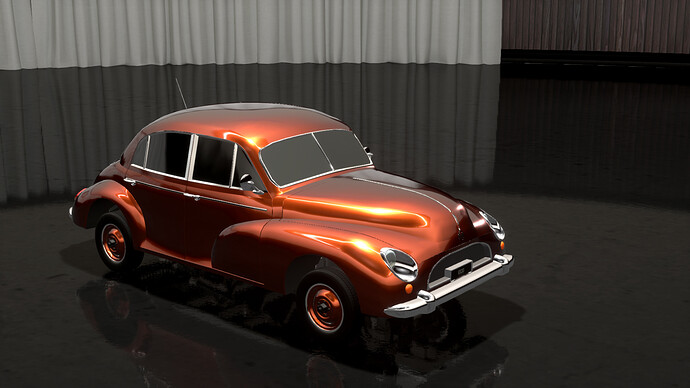 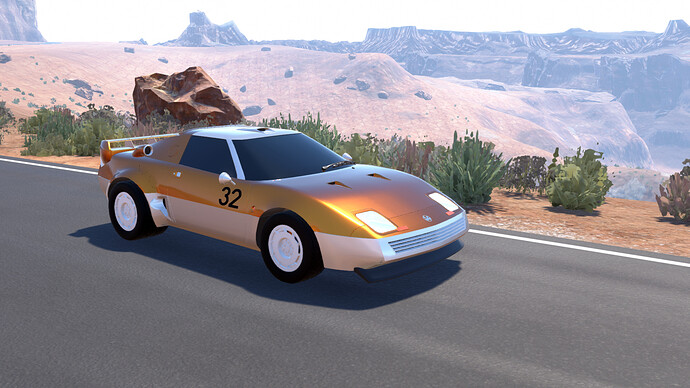 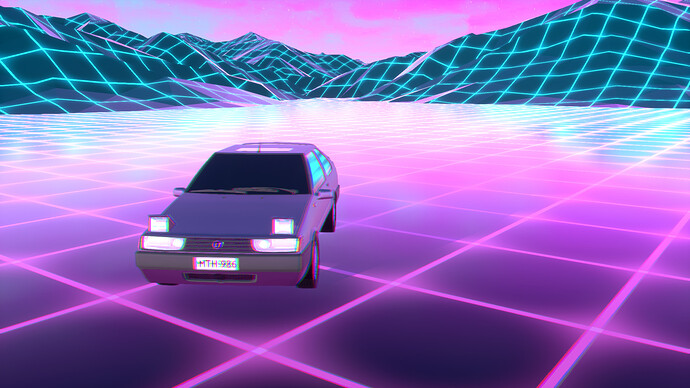 Gatto Ocelot “B1”, the first generation of Gatto’s best selling car, introduced in 1973, it was a hit from the start. The first Gatto hatchback replaced the at-the-time 4 years old Sandcat “E3”, in a desperate try by Gatto to fight with Fiat and VW in the small hatch market. It was available with either a 1.2 or 1.4L carburetted engine 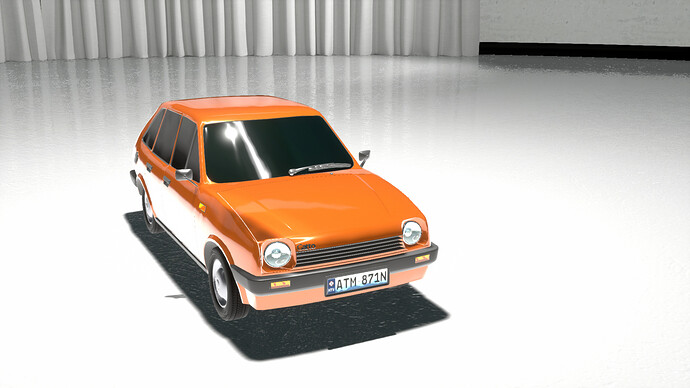 Gatto Felis “Q5” Gr.B Stradale by GattoWorks, the road-going version of the “ZWR85b”, powered by a deuned version of the same turbocharged, 1784cc inline-5 found in the racing version. Thanks to a fine tuning of the suspensions, the differential, the engine and the gearbox, the Felis Stradale is brobably the best homologation special Gr.B car ever made 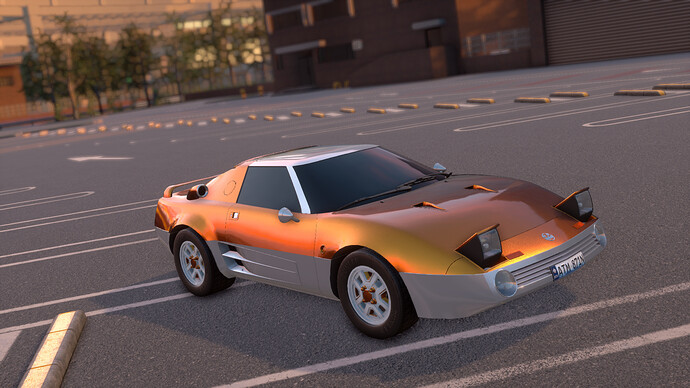 Gatto Sandcat “E1”, the first affordable Gatto, it carried the company out from the bankruptcy with its low prices and high safety records. It was considered “the most important Gatto car ever” by Gatto’s former president and founder Erminio Gatto 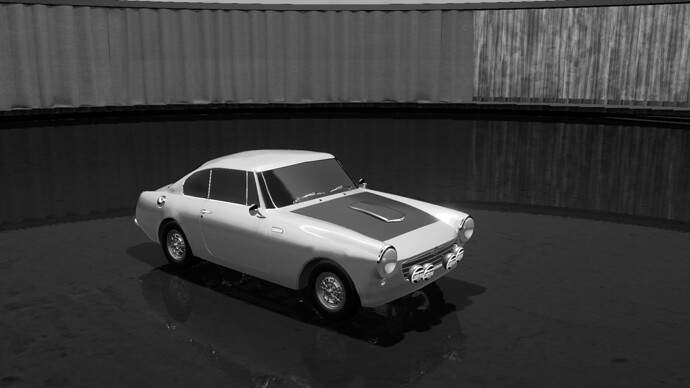 The NapMaster’s aesthetics are quite odd, to say the least - the headlights are too big and placed too low in the nose, for starters. Besides, with a weird name like that, it would put many potential customers to sleep even before they have begun to consider it. The rest of the current range (except for their boxy SUVs, strangely enough) also has the same “big-headlight syndrome” as the NapMaster.

I’m not that good at taking measures. I’ll try to fix it. Thanks for the tip! 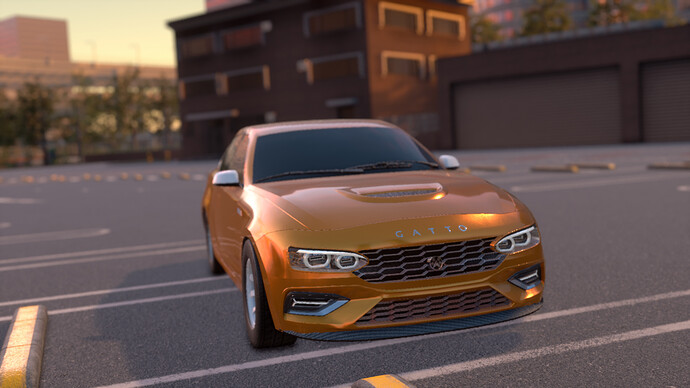 try moving the headlights up and/or angling them a bit. although mashing multiple headlight fixture and maybe even indicator and taillights can help make cool custom headlights and taillights. some sweet succulent bumper bars can help with making trimming and body mold will help bring the car shape. And ik a lot of modern cars have large grills but I feel like shrinking it would make it look better. and mashing grills together and/or adding bumper bars or re-texturing glow sticks can help make custom patterns, and use a different hood scoop. That one imo doesn’t look very good. Try experimenting for a while before making a finished product, and I can assure you you’ll be proud with the finished result. And take your time. I’m not saying to spend like 7-10 hours on a car but up to 3-4 hours on the engineering and designing is recommended because that gives you time to look over and see any flaws you might have made. Hope this helps!

This helps a lot. Thank you for the tips. I’ll try them right now!

Oh! And before I go try using real life car examples and try looking at what other people make as inspiration. As that is what has helping my designing a lot (I use designing techniques from Corsica and Quezon for example)

I already do that, but I will try to do it better. Thanks again!