Just why? I mean, I get why they’d like to change the logo, but why for that? It looks like straight from 2008 internet with that terrible, overly complex gradient and 3D edges. The shapes alone are ok-ish IMO, but still quite mediocre, especially considering that this is a huge international corporation which could definitely do better. In an era when every graphic element is simplified and flattened they go exactly the opposite way. Ok, almost exactly, the font is simpler than before, but less serious and still very average. 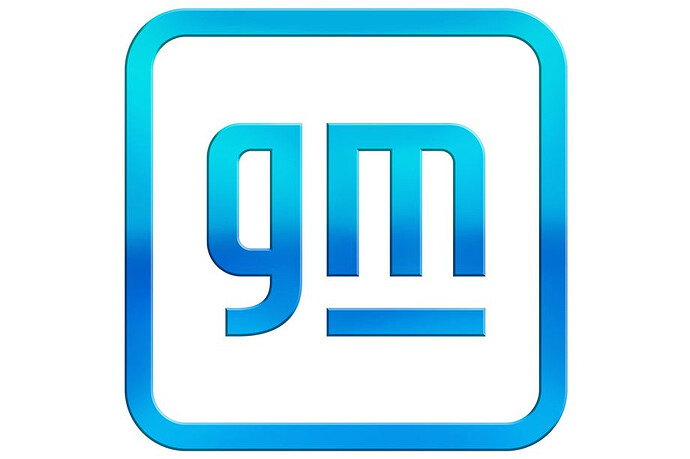 Article cited as the source in a Polish article in which I’ve read about it: GM unveils new logo to emphasize its pivot to electric vehicles - The Verge

‘‘powered by intel’’ is what springs to mind

Designed by a 7 year old with crayons.

if I see that logo from a distance on a car, I’ll assume it’s an asian or middle eastern character.

I’m not sure I understand what the fuss is about. If you rotate the “m” 90* it looks more like an “e” which of course is a nod to their future in electrification. It’s got a double meaning because rotating the entire logo 90* the underlined m becomes “EI” which is the initials for their new campaign slogan “Everybody In”. I think it’s creative.

), but about the overall dated and, tbh, quite kitschy style.

Lord forgive me, but I must- 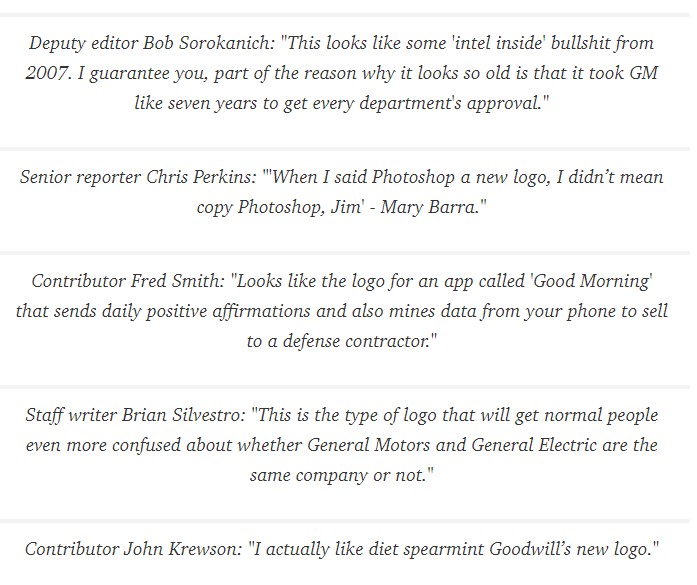 That’s such a COLOSSAL downgrade right there. #JustDissapointing

Fair enough. I still feel like this is a case of “too much” change all at once. Like Automation’s fixture gizmo. I’m of the belief that it’s a step in the right direction and eventually everyone will get used to it.

I recognize I’m in the minority. LOL

Would’ve been a whole mile better if GM just either reverted back to the old logo or just revamped it.

“”“Mark of excellence”"". The mark has certainly mirrored their drop in build quality over the years.

Does the phrase “quality control” have too many syllables for GM execs or something?