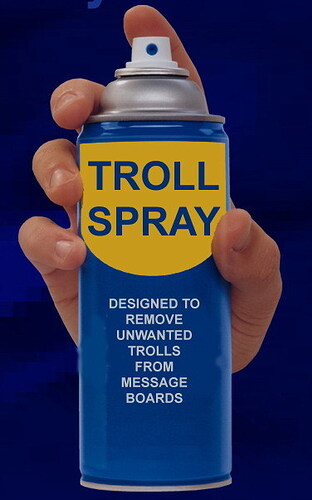 … Wait… I’m not anymore, Killrob probably stripped all my power with his Germanic precision script… Moving on!

Why are you calling me a troll anyway? I bet ‘lol’ is the reaction of 90% who come across this thread. It gives us a good laugh. I bet that car gives you a good laugh as well.

exactly… trolling.
in place of trolling , just say nothing ? should’nt be better for EVERYONE ?
but im dreaming… a troll is a troll. that might be why you are not a mod…

look how many saw the post… and you’re the only one answering. because other are not TRELL and as they have nothing to say , they say nothing.

and by the way… why should i care about what ppl think about my car ? i know how it run what i did and what i do. other dont.
anyway i probably done more mods on it than most ppl here done on thier car with thier own hands.

yea it may make some laught becausde they can’t do anything without going to a shop , give money and do NOTHING due to the lack of DIY skill.
this is the only reason with sens i can see.
maybe…
the look ? well not my fault if they never saw rally before 2012.
its a hyundai ? well if they don’t know hyundai its not my fault. cheap but reliable. end of story.
scratched paint ? well if you think ken block or sebastien loeb never repaint thier WRC car , someone is WRONG.
because its story about rally ? well i forgot only subaru could win for them ( oops they dont even know subaru lost everything good for rally since 5 years )

ppl may like , some may hate. thier choice and i can deal with that. but i don’t support troll.
in place of trolling just say your opinion ( with sens if possible ) or just go to reply in another thread.
thanks

Sweet, looks like a good cheap project car to mess with. Is the green a rattle can job? Came out pretty good if so.

Could stand to lose the hood scoop though I reckon

I wasn’t trolling, do you know what trolling is anyway? Whatever it is it’s not just going out and laughing at somebody else car (Especially when they didn’t think it’s bad). Member commenting on car thread laughing at it because they like the cars. Especially if that member is a long time member without record of telling that somebody’s car sucks. Maybe if I copy the image from this thread and post in a Carbage thread on other forums, maybe that’ll be trolling.

Oh and I wasn’t a mod, I never was, it was a joke that seems to failed twice.

And inb4 you telling me to says something useful, Can I see your Turbo Setup?

Maan, with those kind of ghetto engineering skills you should be entering this - 24hoursoflemons.com/ , Sucess there is all about building fast stuff out of random cheap things

Yeah, that is soooo 24 Hours of Lemons worthy. How much did you spend on all that lot? I don’t think more than 500$. Or maybe just lie.

Throw in some certificated rollcage and a racing seat then wire up a killswitch and you’re there.

when ill find a decent elantra GT 2003 , ill make a video running the accent around 25-30 psi to see how fast he will die.
seem its the only way to blow hyundai 1.5 and 2.0 engine anyway

Tell them the car cost 350$
Repair? Nooope! Never done any of that!
Get some cheapo steelies off junkyard or somethin’.
Tell them the turbo is 150$ and other parts you found lying around your garage.