Graphical glitches in photo mode and in photos

In photo mode, on some maps (usually ones with strong sunlight) at some angles there are weird black lines that appear across the image- changing the focal length or angle can cure it, but sometimes they’ll still show up in photos. Is there a cure for this?

Below is an example. The lines on the left, across the dark blue SUV, did not appear in photo mode but were still in the picture that was saved. 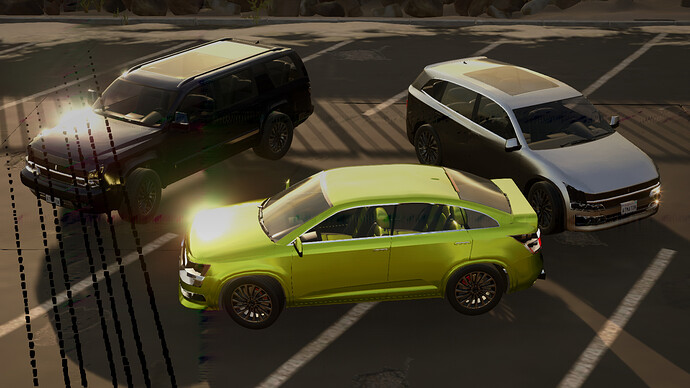 This happened to me aswell, but a strange thing i noticed was that the line only appeared in standard resolution (not 4k) images. 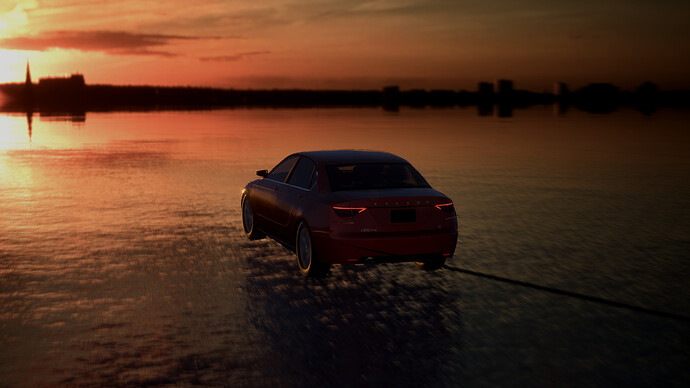 known bug, can happen with any photos with certain lighting. not really anything to do apart from wait for a fix.

This is a bug known to modders as well, it’s an issue with the way that the photoscene handles small particles or meshes with a high vertex count. Not sure if it’s an Unreal Engine bug or a bug with Automation’s handling of photoscenes, but the devs have previously expressed they’re not entirely sure how to go about fixing it.

It’s an unreal issue the devs haven’t been able to resolve. Best thing to do is adjust the camera angle until they go away.