Hokuto Heavy Industries (Japanese: 北斗重工業), or simply Hokuto, is a Japanese public multinational corporation primarily known as a manufacturer of automobiles and power equipment, founded in 1963.

In Western markets, the Hokuto brand has traditionally been popular among a dedicated core of buyers. Marketing is targeted towards specific niches centered on those who desire the company’s signature engines, quality, style or affordable sports car markets.

Introduced in 1963, the Hokuto 6300-SR was a rear wheel drive two door roadster. It was small, and most notably a unibody. It made use of fiberglass panels as well, making it very light. Hokuto moved a total of just over 17,400 units. Succeeding the 6300-SR came the Hokuto Sun, which ditched the fiberglass and was made of steel. Other than that, it was the same car with a different design.

Both of these models are now collector cars in Japan, with pristeen examples selling for as much as ¥16.000.000. They became known for their unique styling and unbeatable reliability. Safety not so much. 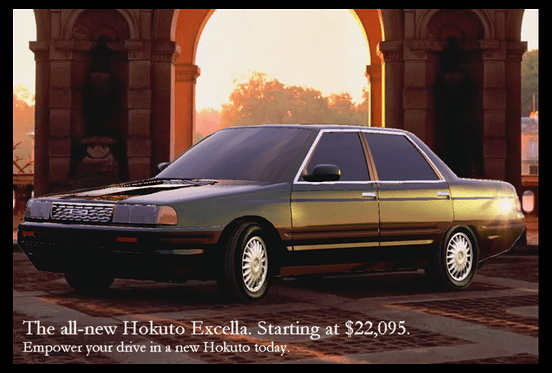 This new formatting stuff is complicated.

The Excella was a new model introduced in February 1988 and launched in late 1988 for the 1989 model year. Development began in 1984 under the same wing as the next generation Levara, with the design phase concluding in 1987 with internal approval of the final design. Design patents were filed in February 1987. Built in the same plant as the Levara, the Excella was based on a stretched Levara platform featuring a 2.5L CR25E V6 engine making 148 hp and 155 lb⋅ft (210 N⋅m) of torque. 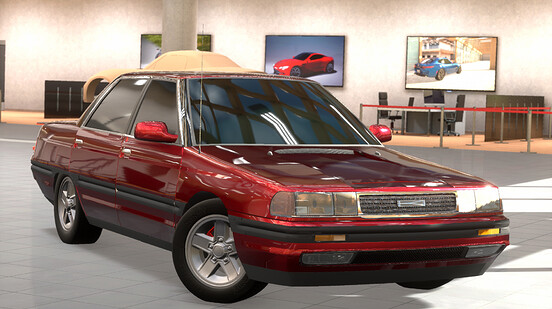 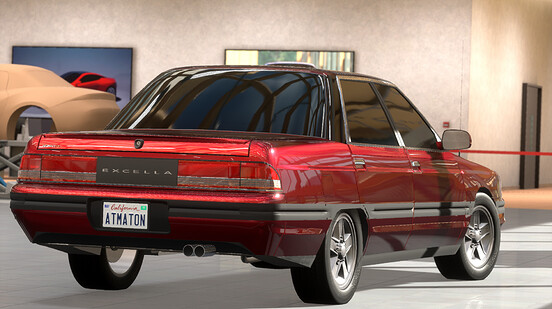 
On the exterior, the Excella shared similar Hokuto styling and as its stablemates, but had a more prominent grille, bigger tail lights, chrome trim, frameless windows, and distinct wheel design, along with the unique slight wheel skirt along the back. The logic behind this was to make the car look bigger and roomier than it really was, to target their customers’ age group, and go after Cadillac.

Inside the cabin, the Excella featured a six-speaker Pioneer sound system, genuine wood trim, one-touch power windows, and leather seats. It also could be optioned with keyless entry, a handy feature for the old people customer base. A four-speed automatic transmission was the only one offered. 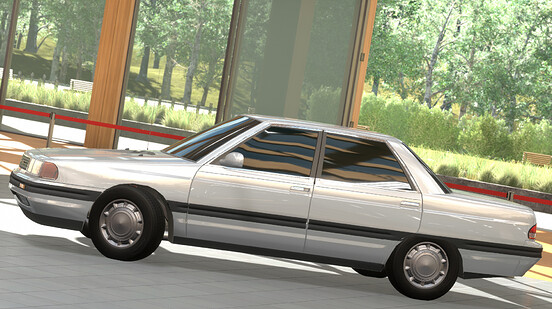 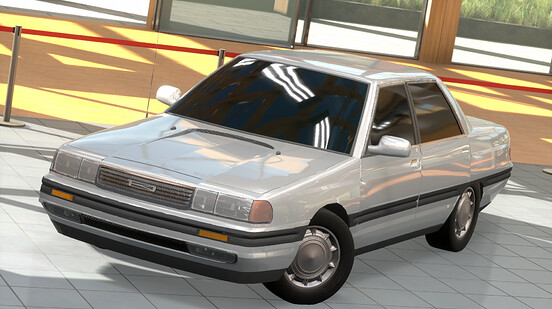 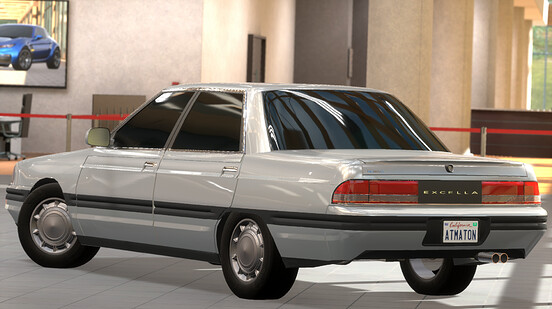 A new suspension setup was designed, with front independent MacPherson strut, and double wishbone rear, helping to ensure not only a smooth ride, but a surprisingly lively chassis. Unfortunately, it also had some added weight compared to the Levara, amounting to nearly 300 lb. Much of this is due to increased dimensions, asphalt insulation in the body panels and additional on-board equipment. As with its siblings, anti-lock brakes were standard.

The original Hokuto thread is a mess of history, and I plan to leave it as is for now, but only so I can kinda remember it.

This is the new thread!

Complete with fancy borders and a restart of lore, I am planning to revamp all of Hokuto and Axuma (you can see Axuma’s thread is looking nicer now as well. Redoing the SF, soon to have a new SC/DSC). That being said, the new formatting and the improvements in my design skil have led to this decision. So thanks to everyone for sticking with me and sorry for the several reposts! 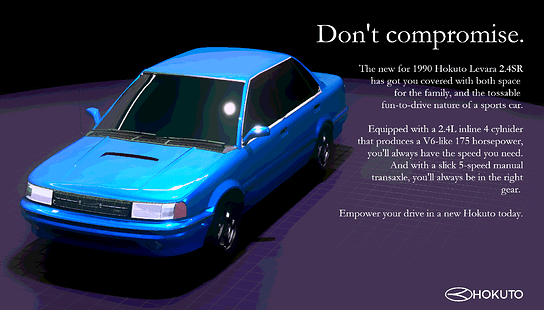 The 1988 model year was big for the Levara – quite literally. The car was moved upmarket, and made bigger. No longer was the Levara a compact sedan for commuter purposes! She’s all grown up, graduated university, and settled down to start a family! Now she needs space for the kids. Yes, the Levara is a midsize family car, now.

Engines include anything from a 1.8L CT18E, producing a measley 112 horsepower, all the way up to the thing that made this generation famous: the 2.4L CT24SE, with a whopping 175 horsepower, paired to a viscous LSD up front. The middle man, and most common option, was a 2.0L variant making a still competitive 130 horsepower, while simultaneously scoring 27 mpg (US) comined. A 4-gear slushbox, or the SR’s slick 5-speed could be used to couple the engine to the wheels. 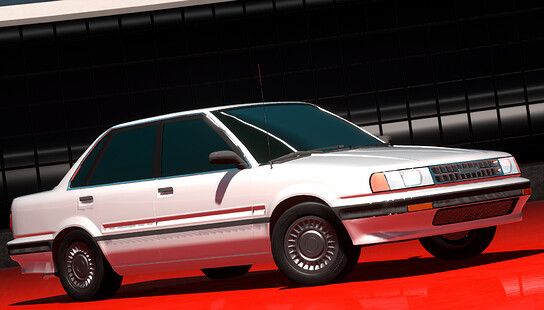 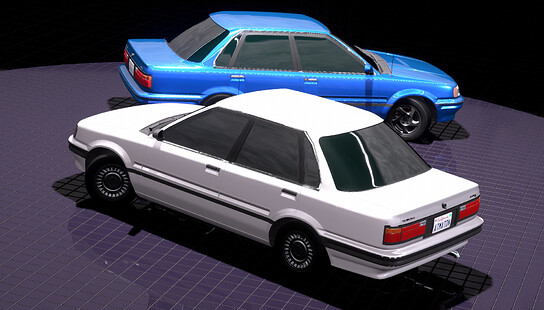 On the exterior, the Levara pioneered modern Hokuto styling. It has a simpler, more integrated grille, and wider, more fit tail lights, and chrome trim.

On the inside, features included a coin holder built into the fuse panel cover (1993 and 1994 only), adjustable lumbar support on the front seats, and some cars came with automatic digital climate control. The Levara also pioneered some tech for the soon-to-be Excella, like keyless entry with alarm, a sunroof (which was rare), and a higher-powered six-speaker cassette/CD stereo. 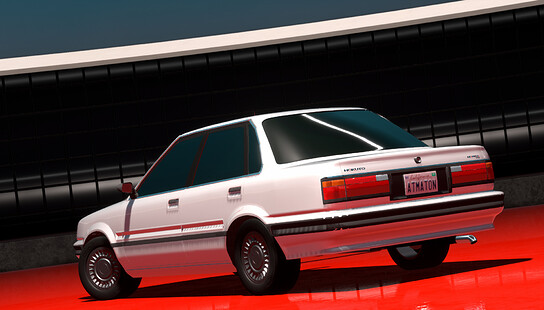 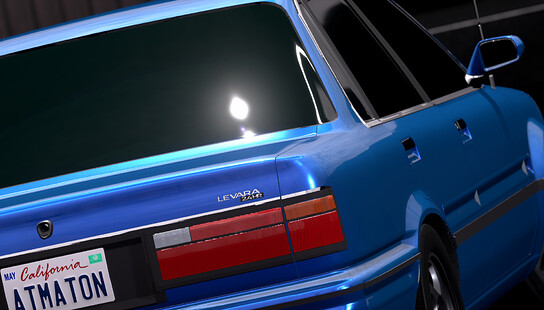 The 2.4SR is gonna be the big talking point here. The SR was a family sports car powered by the wrong wheels, but with all the right ingredients. Lowered, stiffened suspension? Check. MOAR CAMBER? Check. Larger alloy rims? Check. Limited slip diff? You betcha. More balls? Oh, definitely – 45 more of them. compared to the 2.0L. And to top it off, a 5-speed manual transmission with short, crisp throws.

That’s all you need to hear. 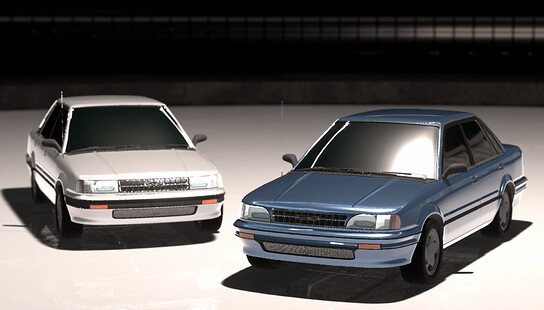 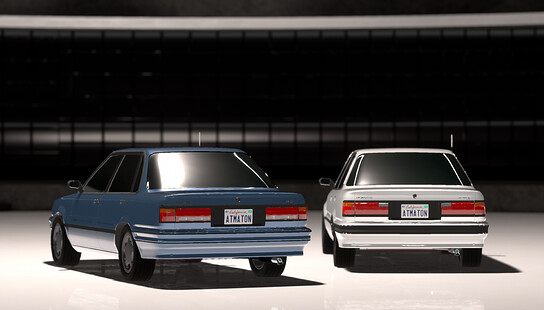 In 1992 the Levara got a facelift to evolve its design and bring it more into the 1990s as we know it. The grille was changed slightly to add more of a V shape, and the headlights were contoured to match. The side profile was improved with a sleeker windowline made entirely of plastic, and a cleaner looking carve along the side. Out back, the taillights became one whole piece, and rearranged themselves.
12 Likes
SideswipeBL 2 October 2019 03:22 #5

ogh these are so fucking GOOOOOD

Loving both the new thread and the Corolla-ish late-80s Levara.

Brilliant start to your reimagined thread on Hokuto. I really wish that they entered a fourth-gen Levara in the early Super Touring era of the BTCC for a few seasons - I doubt it would have looked out of place there.

At any rate, both it and the original Excella are great examples of late-80s/early-90s car design applied to regular 4-door sedans that formed the backbone of the market back then, unlike today where crossovers are all the rage.

Well, I’ve never tried a livery before, but I’d be happy to! What do I have to do? Just a bunch of research? I can figure that out, make revisions to lore.

god damn the cars are great and even this thread is greatly formatted, 11/10