Heya!
I’ve been making some rear engined cars, and all of them, doesn’t matter suspension type and tuning, engine type, body, etc, have the same bad handling characteristics in Beamng: Heavy understeer at low to mid rev hange, then suddenly wild oversteer. If you manage to reach some speed, the tinyest amount of steer throws the car in a wild spin to the fence. Here’s my latest one, tell me what you think.

First off you have way too much downforce on the front compared to the rear for a rear engined car.
Second, suspension should be less hard in the rear compared to the front.
Also, I’d put some bigger brakes on because drums are shit and you absolutely need as much size as possible.
Camber is good, though. Gordini style

Unrelated to the oversteer issue but, don’t try and get zero wheelspin, the car will be impossible to drive with a clutch

Thank you. It is still plentyfull to drive, but now it’s that pleasurable plentyfull with a little 4 wheel sliding around corners instead of the uncontrolable plentyfull. I think it reached the dynamics of the real cars. And yes, it was heavly inspired by the gordini, the beatle, and all those amazing tyny RR eropean cars, and also a tad by the Corvair. I’ve also made a 4 cilinder version that have the same power and torque curves, but lighter. Should improve handling a tad too.

Also, by lowering the rear spring stiffness you’ll get bottom out, which you’ll correct by raising up the car, which will translate in body roll.

Correct that body roll by upping the stiffness of the front sway bar.

You’ll get hella more understeer (which you can correct by upping the front tyre size), and also the car will do this: 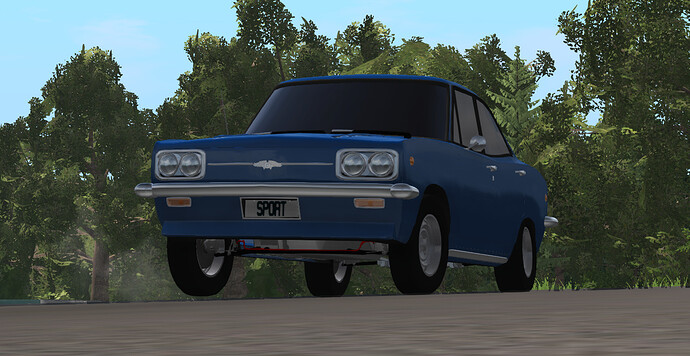 Noice. What a sequence of compromises!
Also, nice photo.

Can I suggest an alternative? This follows Automation suspension guidelines while being tweaked for the ‘real world’ (BeamNG). I touched the wheels/tyres, brakes, transmission, aero, and of course suspension.

This thread actually pushed me to finally get BeamNG.drive, and I find this set up makes the car relatively easy to drive without a steering wheel and pedals. I’d say the key elements are good body control (from sway bars and springs), properly tuned springs/dampers so that the car isn’t upset by bumps, and a healthy amount of understeer as Automation reports it.

(BTW, I don’t have all the mods that were used, so something got stripped off.)

I just drove your version. Handling improved very well. Kind of understeery on tight turns but it’s a ok price to pay for the huge stability gain on high speed turns. Brakes are kind of too rear biased, the car tends to spin out of control on the hard braking at the end of the slingshot. Overall a more streetable setup for the commonfolk. Thanks for the help.

Here’s a update. The b6 engine got replaced by a b4 that have the same power and torque curves, and some less weight. Also it was tuned based on @Leedar and @Knightophonix versions. I’d recomend all you try it agains, see what can be improved. I’m liking this comunity build thing.

That’s a good point about the brakes. Never really thought about making sure non-ABS brakes are set up to understeer. 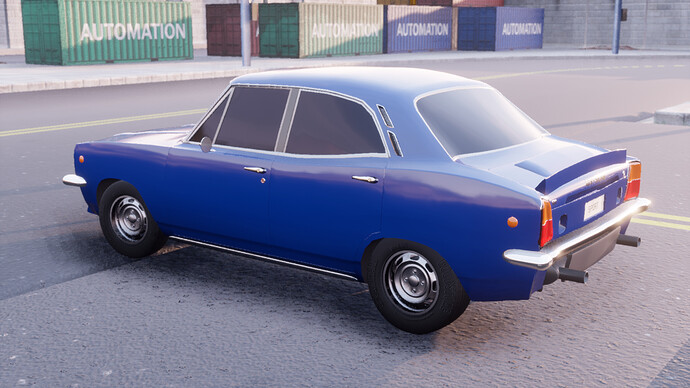 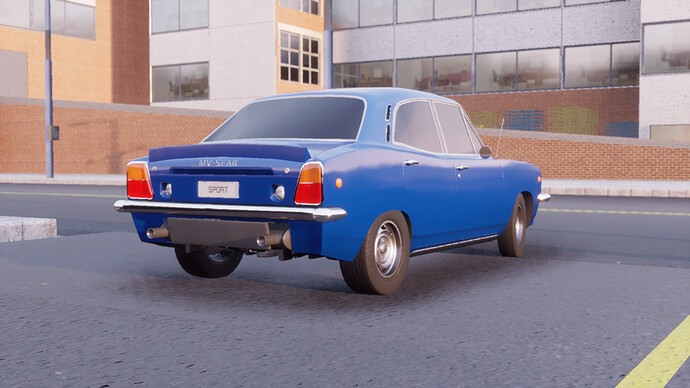 Also, here are some screenshots.

How difficult would it be to add toe options for the suspension setup? I don’t imagine it would make a world of difference in automation, but for high-speed stability in beam in could help out

You got it right on the point, my friend. Easy to drive, and a lot of fun. I think the sport tyres wouldn’t make it to the production version, but looks like they are a necessity for this car to handle right. Thanks for the help.