How to Make @2000RPM Kick Turbo Without Problem?

I’d like to make a car with turbocharged engine. But, I’d like to make that turbo that starts kick @2000RPM. But when I made a turbo like this, turbo not kicks good and shows Turbo Red color. Sorry for my bad English, I can’t describe my problem good enough but there’s a screenshot my problem. 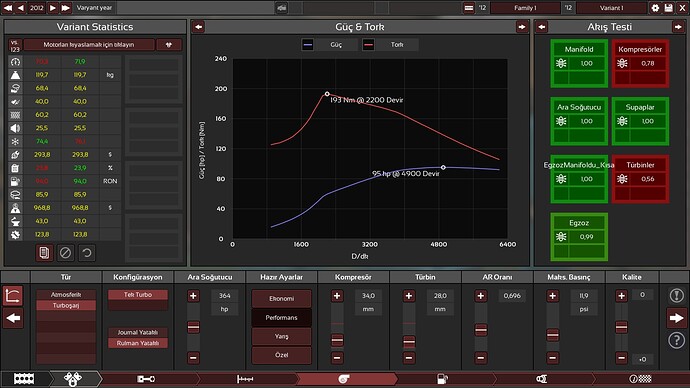 The red is not bad.

See here for more information: How To Train Your Turbo By Dragawn

So, than, which one is better for daily sedan car? Or, are they good/bad? I still can’t make @2000RPM kick turbo and nice torque cuve like this. 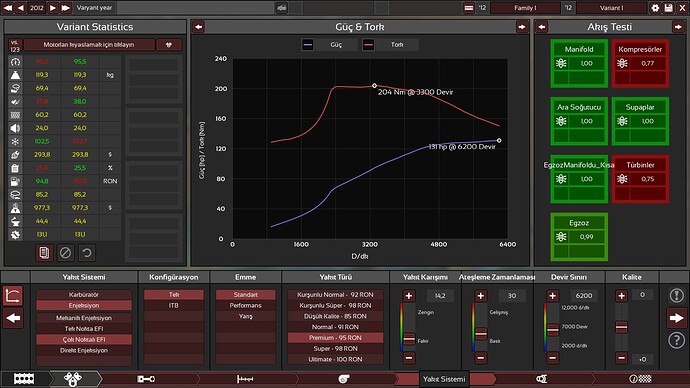 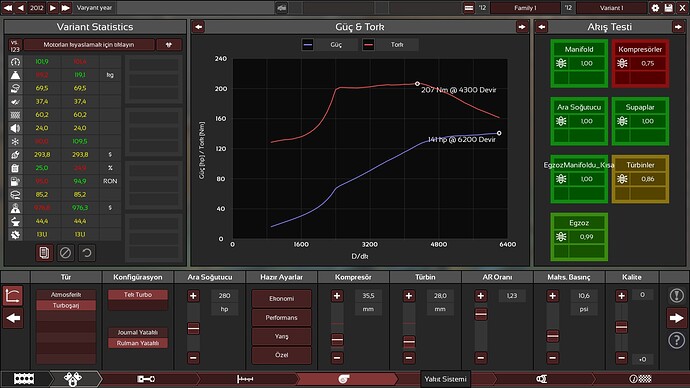 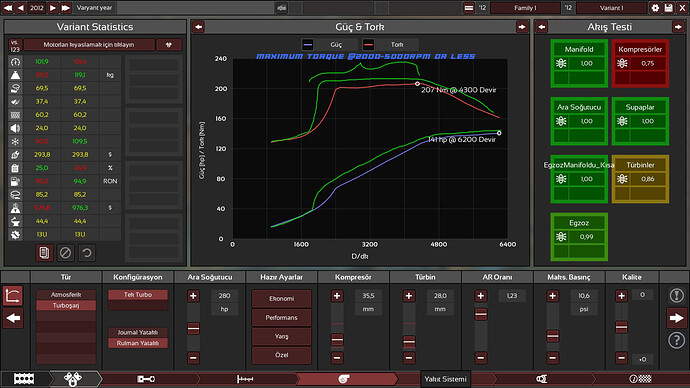 I don’t think that’s necessary. It’s looking alright for a daily driver sedan tbh. Fuel efficiency is good too. You can lower the cam profile to get more low-RPM performance and whatnot but I guess this is alright

We’re stuck with 80s turbo techonology, which for lack of a better definition is laggy AF. I think both examples you provided are very good for the technology we have available at this time in the game.

It’s pretty much impossible to create a torque curve recreating modern engines, the tech isn’t there. A turbo revamp is coming… after the grand campaign is completed… and the light campaign isn’t done yet… if you’re willing to wait till 2021 or later then it’ll be possible

If you plan on transferring to Beamng, you can modify the .jbeam file to kick in the turbo as soon as you wish.

Thank you all guys. Thanks for our helps. I hope this game will add much better Turbo technology

Have a great day!