Okay so, the exporter has been out for three days now and we couldn’t dream of something better. Except for those of us with turbo engines that randomly drop 100bhp on the power curves.

Thankfully, by tweaking for days and days trying to make a realistic diesel engine, I randomly found the solution to that problem. At least a temporary one. Lemme expose it: 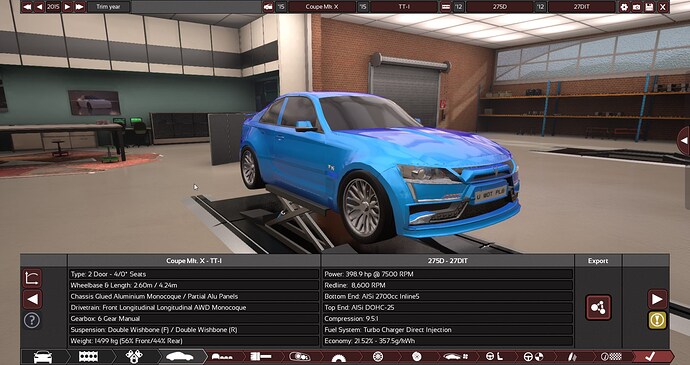 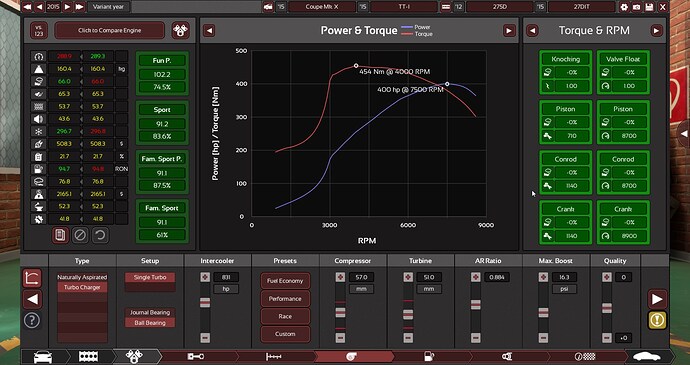 Now let’s see what BeamNG thinks of that… 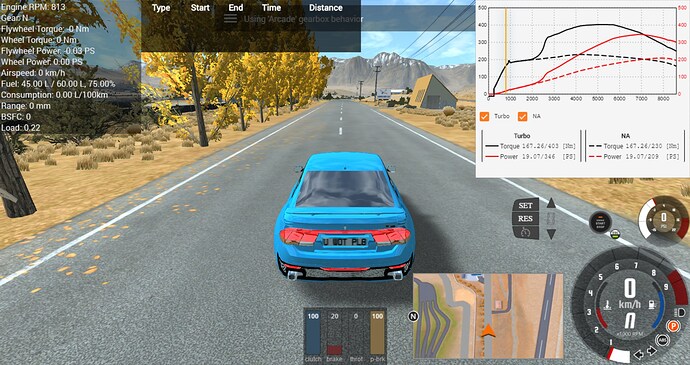 Not only this, but the turbo doesn’t even bother to spool that high, the boost needle fluttering everywhere and sometimes even dropping back to 0 psi, which leads for an even more disappointing power figure: 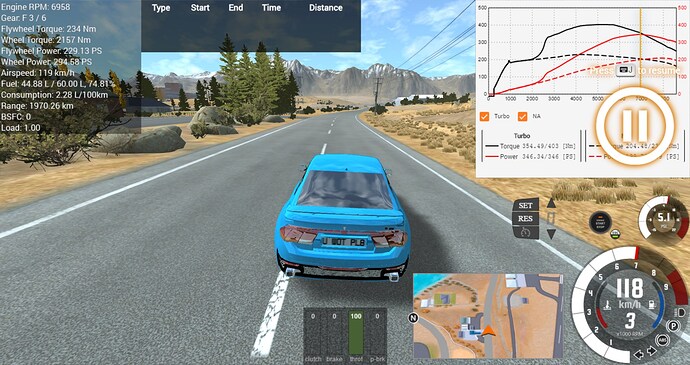 Now I’ve been fiddling with the generated files, and I found that the problem comes from the wastegate management which is completely glitched, with values not even matching the Automation values in the first place. Now, I doubt you can fix the wastegate problem, unless you’re a hardcore modder, but you can definetly bypass it.

How to fix the problem:

Basicaly, the “pressurePSI” table dictates how your turbo reacts to spooling. Here, we have a turbo that can take 24.5psi when spooling at very high speeds, and can only reach our 16.3psi at 100k RPM, which happens probably somewhere around 4500RPM at full throttle. Probably. I didn’t find a way to check turbo speed in BeamNG.
The wastegate value are very well commented in the file and I don’t need to explain further.

First off you’ll notice that we can find the 16.3psi we set in Automation as the “wastegateLimit” value.
Except the turbo never reaches that value in BeamNG. At best, it stays somewhere a little higher than “wastegateStart”. At worst, it shits itself because reasons.

Secondly, you’ll find that Automation doesn’t have a turbo spooling table, and instead has a turbo that can take the required psi at all times.
So anyway, to make your engine work well, and have power figures close enough to the Automation car, you’ll need to bypass the wastegate. How? Simple:

How to fix the spooling problem 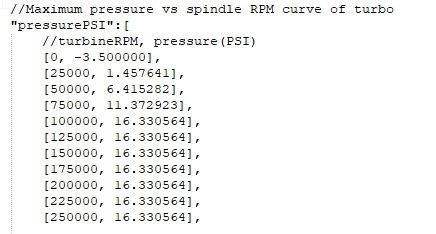 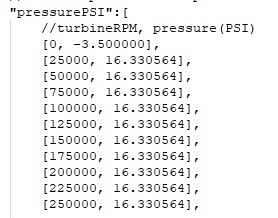 Aaaaand we’re still down 45hp and 10nm BUT AT LEAST IT SPOOLS AND ACTUALLY DOES WHAT THE POWER CURVES SAY. 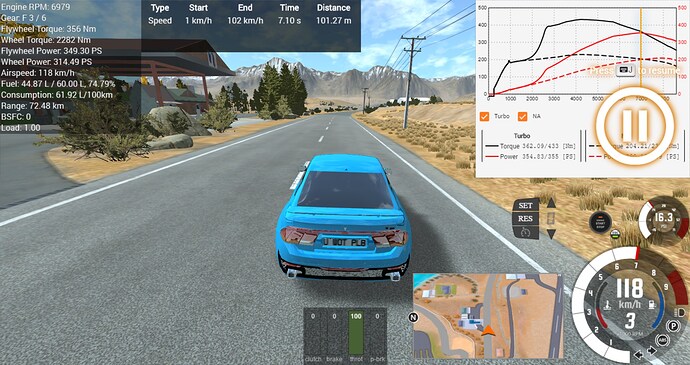 Now, those steps should fix most of your (REASONABLE) turbo cars. It didn’t quite fix that one.

If you’re really dedicated, I’ll set you up to the bottom of the camso_engine.jbeam file, where you’ll find the turbo efficiency table: 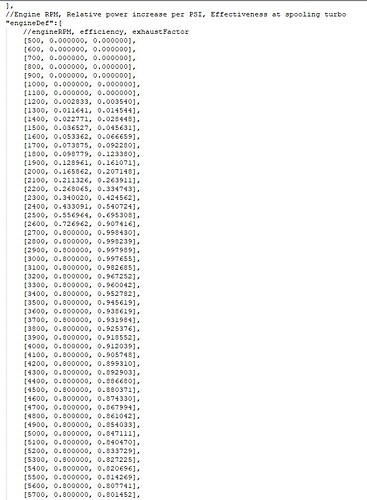 Now, it is a very, very long process, but if you’re stil having trouble meeting peak power or peak torque, I’d advise you to fiddle with either the efficiency or the exhaust factor until you meet your standards. Just try and keep it within 0.8 for efficiency and 1 for exhaust factor, as I’ve never seen any car get over that.
I’ve personnaly managed to fix mine by setting efficiency at 80 all the way from 2700rpm to 7000rpm and then dropping it at a rate of 1 every 100rpm: 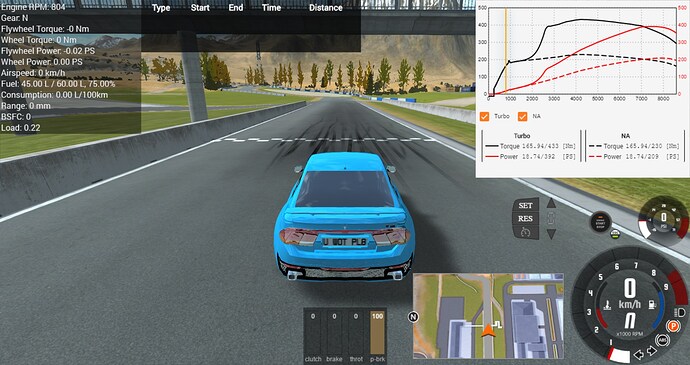 Of course this is only a temporary fix, it’s very long, and I trust both the devs of BeamNG and Automation will find a real solution in the next exporter release