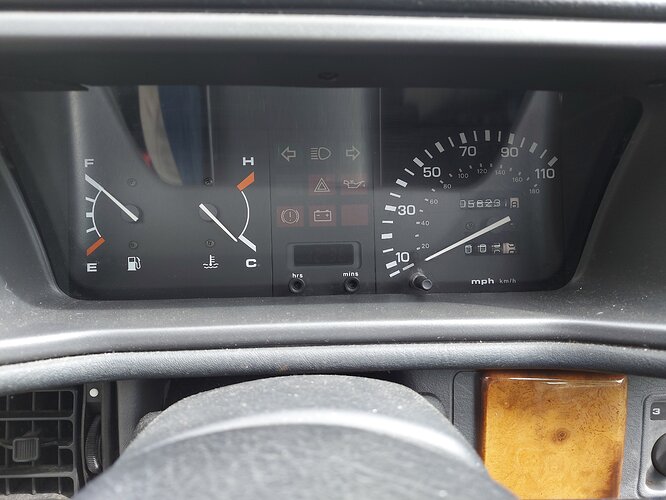 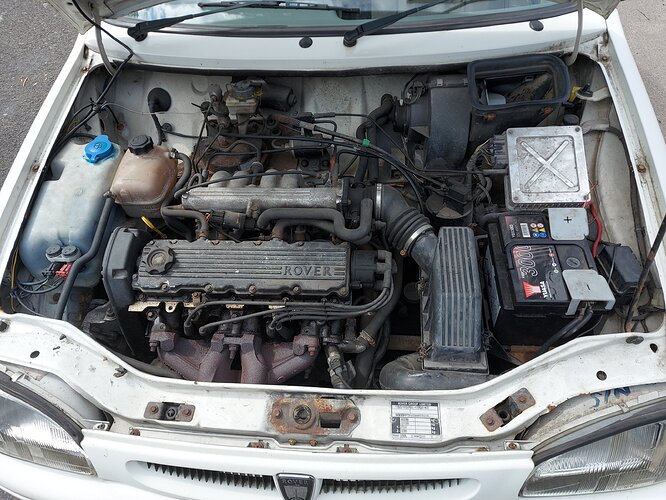 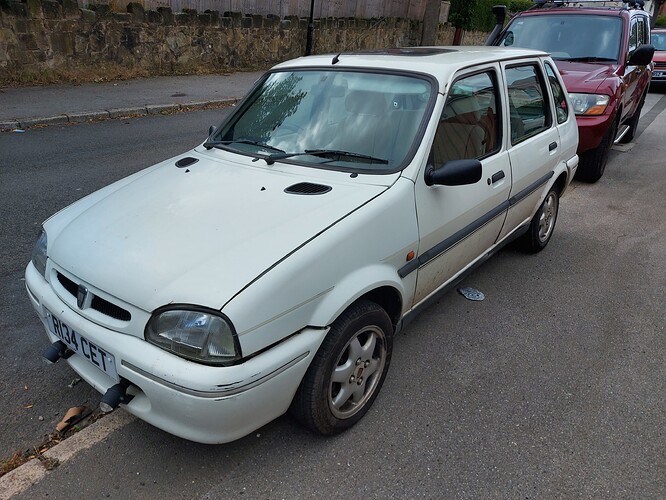 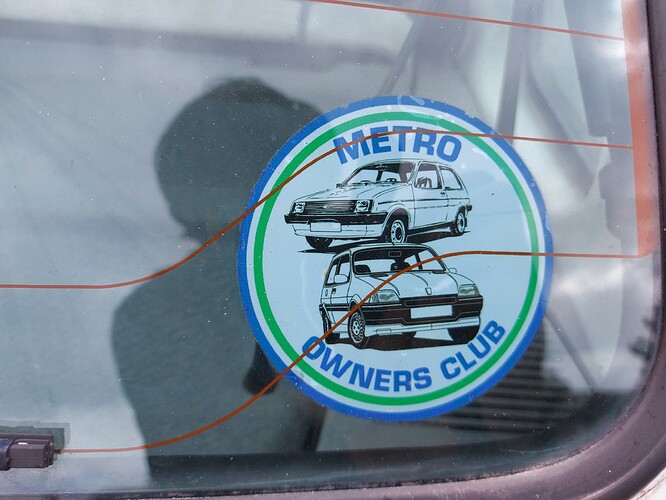 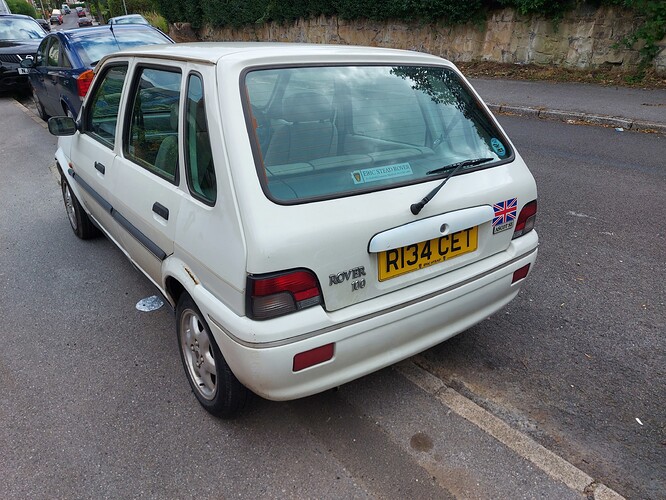 Here we have my late 1997 Rover 100 (Metro) Ascot SE (Somewhat Eroded). She was Bought july 12th of 2019.
SO… No real reliablility maladies to report on my somewhat rusty and scruffy looking Rover with the exception of a week after id bought it, the water pump decided it didnt want to be a water pump anymore and it went on strike so we had to replace it and the timing belt. other than that, The rear washer not working and the Radio cassette player not exactly wanting to accept the code, this birmingham built wonder has been very reliable with little to no engine problems since the waterpump issue. as you can see she has the alloy wheels from the higher specification models, and unlike modern cars has 5 of them instead of 4 and a shitty space saver wheel. she has had 2 new front tyers, a new drivers side rear radius arm ( a right pig to get hold of ) and a new exhaust from the catalytic converter backwards. as you can probrably also see, there are twin fog lights on the bottom of the car bumper… those havent been wired up yet… and while this car certainly isnt the best in terms of presentation/exterior appearance, my little metro is my pride and joy and wherever it goes, it certainly attracts attention… there arent that many ascot SE cars left according to howmanyleft. YES i am a member of the owners club. i was planning on displaying this plucky little car at the 2020 Pride of Longbridge event but that was cancelled due to coronavirus. say what you will about this car but it will always hold a special place for me as do many peoples first cars. (in the back of one of the pictures you can see my dads Mitsubishi shogun 3.2 diesel… quite the beast i would say though i prefer my rusty little metro to be perfectly honest)

My god! It has sills. That is a rarity right there

Admittedly it had to have both jacking points completely remade and other bits of welding done. i darent take off the sill covers for fear of the horror that could be there . 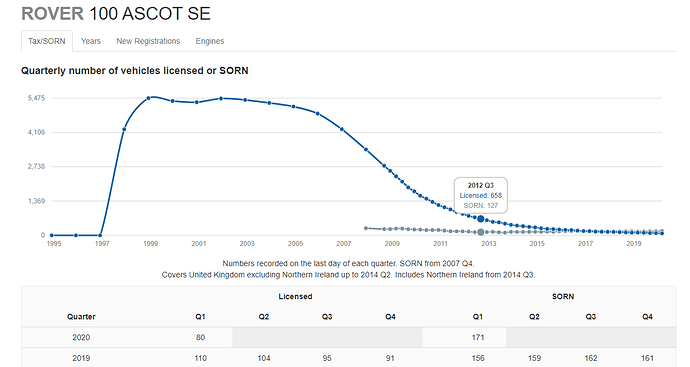 Many Rover Metros/100s were sacrificed alongside their Austin-badged predecessors in the scrappage scheme, but yours was not among them - so it’s good to hear that you own a running example of what I consider to be one of Rover’s most underrated cars.

alas, the scrappage scheme was the nail in the coffin for many an old car… cars that now would be considered classics. it doesnt help that the original metro was a brilliant parts donor for minis and the k series version was a good scorce of 1100 k series engines ( the more reliable k series power plant in my opinion)

Seeing a Metro always feels weird to me as they never were sold here, and I will probably never drive or even ride in one.

How do they stand up to the competition from the same era like the Mk2 Fiesta or Nova? Or for that matter, do they feel ancient compared to more modern competitors from the 90s or could it still give them a run for their money?

certainly they arent as refined as modern cars, and you can tell, even in the 97 model i have, its a relatively outdated car. but i wouldnt say that it feels ancient. i imagine the 80s models would feel rather old compared to alot of cars that came after it but the 90s models were most certainly a step up, even if their safety rating was by 1997, a bit shit really.