I was going to submit this in CSC45 but I couldnt find the Pulisanne emblem after I downloaded it…and still cant smh.

So I’ll just leave this here. 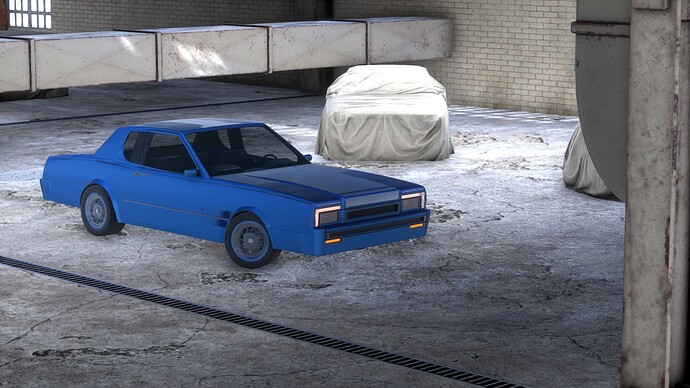 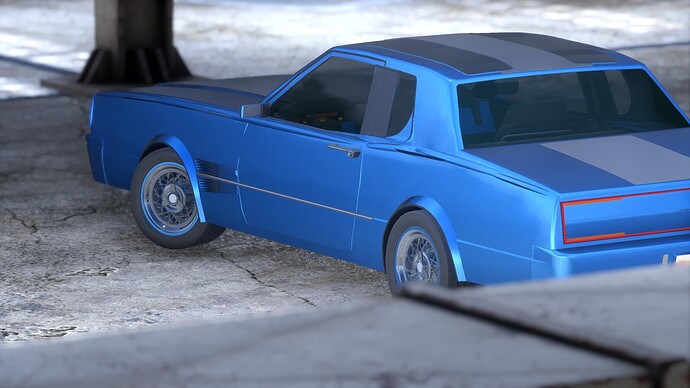 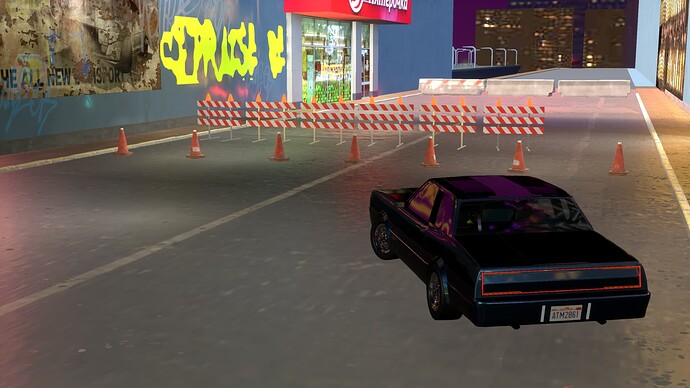 As usual, I find your design to be one of the most odd on the forum.

Anyway, this is more suitable for the Car Sharing category, and I hope you won’t mind moving it there

I respect your opinion.

Not really sure how to move threads tho, last time I tried I wasn’t very successful

Edit: did you move it to Sharing? Whoever did, thanks.

You keep insisting on using a slim taillight loop even on cars made before 2015 or so, regardless of whether it works or not - and on this car, it most definitely doesn’t. Besides, the front end is too futuristic for the era, and so it wouldn’t have made the first round of cuts had you entered it in CSC45. The exterior color is also too bright for the early 80s, and the lack of side cladding (commonly found on many contemporary cars) doesn’t help either.

I respect your opinion as well.

For one, for THIS thread I never said I expected to win the competition. When Hshan said that CSC is more or less a design competition, I treated the design as such. Sorry if my most of my designs don’t suit your taste, being that we all design what WE like. I’m not trying to please you or anyone else here. If you like my designs, then like them…if not, then hey…no love lost.

For 2, the OP mentioned being FUTURISTIC in the design, so I was aiming for that with thinking about 1983 at the same time, once again, sorry if it doesn’t suit YOUR taste…but I like it and that’s all that really matters at the end of the day.

Anyways, I wanted this to be a real thread but hey…if anyone else has any designs that didnt really get to get shown…

As someone who’s design mindset is permanently hard-wired to this era… Was it supposed to be a resto-mod?

The tail-lights are way too thin for that era. Something more period correct would be to triple, maybe quadruple the thickness of those lights, and even then, it’d be more “Late-80’s” and not exactly “Mid-80’s.”

Cars of that era, even in Europe (where my knowledge is more lacking, but still strong enough to say this) did not have daytime-running lights. You either had a Euro-styled housing, or you had High/Low-beam sealed beams, or had separate high and low-beam sealed beam lights.

That shade of blue is paradoxically either a little too dark or a little too bright for that era. Most blue cars from the 80’s were closer to Navy blue or they were “damn-near-white” blue. On rare occasions, something would show up in turquoise.

The wheels are fine. Wire wheels were very common on luxury cars in the 80’s, and wire-wheel hubcaps often found their way onto mid-level ‘luxury’ cars.

The racing stripe somewhat clashes with the lack of side ornamentation. No trim cladding, no stripe matching the stripe, no secondary color, just a single thin metal stripe splitting the two vents on the fenders. It’s a little plain. As for the bulky body molding, the only thing it did for me was draw my eyes to the lack of any way to refuel the car.

I think your door-handles might be a little bit too high up on the door, which makes the lack of side cladding more obvious, in my opinion.

I think the wheels might be a little big for the car. 14-inch was standard, 15-inch was luxury back then.

I might come off as a bit harsh, but if I can help someone build better 80’s cars, I’d like to think I’ve done the right thing. It’s a good design - for a restomod based on an 80’s car done to bring it into the modern era.

As for being futuristic, a good benchmark might have been to look at the 1986 Ford Taurus for “Futuristic in 1983” and take inspiration backward from that.

I might come back with a few designs in the future that I’ve done that pretty much never would have seen the light of day. I’ve got a couple of challenge cars that, well, were alternates I had to choose from, ‘idea cars’ made after entering the car into a challenge, etc.

What up man…those aren’t DRLs. They are just regular indicators. I just catch the flash at the right time so I can have them illuminated for the pic…for visual flair only lol.

If they’re meant to be turn signals, most cars of the 80’s had them in amber. What I called DRL’s are the “L-shaped” things around the sealed-beam style headlight bucket, because they’re currently bright white while the headlights are off.

Those are the ones I was referring to lol

Yeah, I did, I’ve just lost “me” in that sentence

You can do this by clicking the edit button by the title, then choosing the category from the drop down list and saving. Done!