Hi guys i have an idea to make something crazy and it’s called hyper hatch
Hyper hatch class is made by me and the power must be around 400-700HP and the engine must be Inline 4 without Turbo. This is my challenge to you make as good car as you can the winner will get:
Unreleased AMP car
Unreleased Engine from me

Don’t use:
Turbos
Alumunium body
Limit’s:
engine’s cc must be around 2000cc-4000cc
Car must be with FR drivetrain
You can:
Add Carbon Fibre chassis and panels
use any suspensions

End of the contest is on 10 March 2014! So hurry up make your hyper hatch and compete with others

is there any minimum weight? Like in rallye sports, your car must weigh at least 1200kg.

Yes the minimum weight is 1100kg

From Smolensk Tuning, here is the Smolensk Super Hatch. With a naturally aspirated I4, the Super Hatch develops over 650hp, and accelerates to 60 in 3.5 seconds. Its top speed is over 200mph. In the corners, the Super Hatch gets an incredible 1.21g! Even though the Super Hatch has the speed of a racing car, it is able to get 21mpg, making it more fuel efficient than many normal street cars. 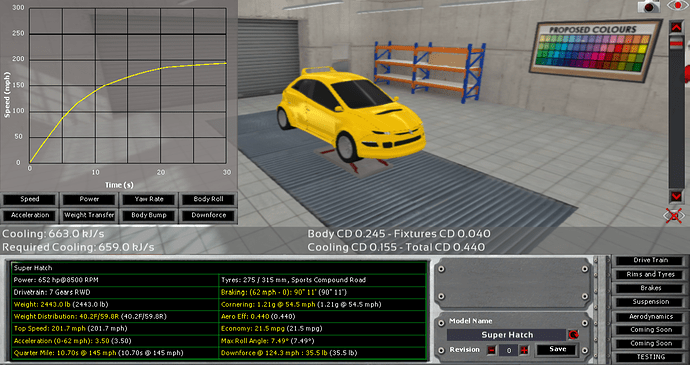 In the newest vehicle from Spartan Motor Company, the familiar fuel-efficient Motiv has taken on a new form as the LocoMotiv.

The obvious changes come in the new, more aggressive front fascia and bulging wheels flairs hugging the 315 width tires. The revised front end was necessary to feed the bespoke, hand-built Fireball 4.0 engine. Engineered from SMC’s decades of racing and road engine development, the new Fireball 4.0 sings to 9500 RPM, developing 677 HP and 447 lb-ft of torque. That thrust is enough to propel the LocoMotiv to a top speed of over 205 MPH and the quarter mile at a blistering 10.6 seconds. The experience stays on a full boil when you hit the twisties. 315 mm width tires at all for corners, front splitter and rear chassis-mounted wing help the LocoMotiv develop 1.9 G of cornering force. All that go needs some serious stop and the LocoMotiv delivers on that front as well, stopping from 62 MPH at just under 88 feet, shorter than the Corvette Z06 Carbon, BMW M3, and Lexus LFA. 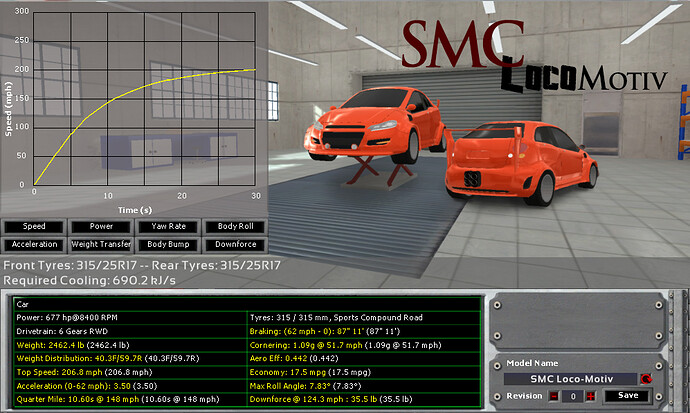 [quote=“Jakgoe”]From Smolensk Tuning, here is the Smolensk Super Hatch. With a naturally aspirated I4, the Super Hatch develops over 650hp, and accelerates to 60 in 3.5 seconds. Its top speed is over 200mph. In the corners, the Super Hatch gets an incredible 1.21g! Even though the Super Hatch has the speed of a racing car, it is able to get 21mpg, making it more fuel efficient than many normal street cars.

Smolensk Super Hatch:
How did you get such good cornering i can seem to only get 1.05g
[attachment=0]Hyper Hatch.png[/attachment][/quote]

By messing around with the tires and suspension settings.

This is the work of CTech Industries!
The CTech HR is a Retro looking Hatchback with XXI technology. This car have a 4.0L Naturally Aspirated engine capable to deliver 499.9 kw(~670hp) of power and 601Nm of torque. 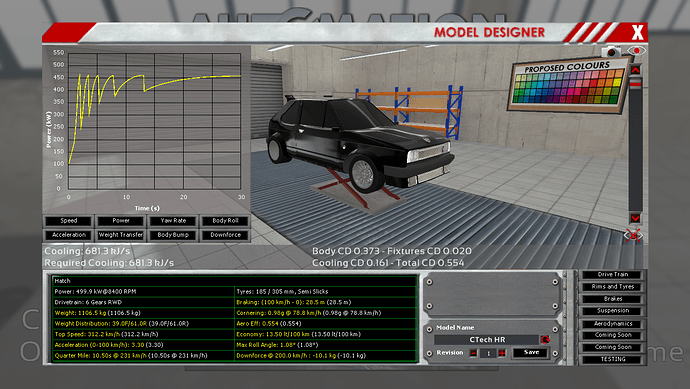 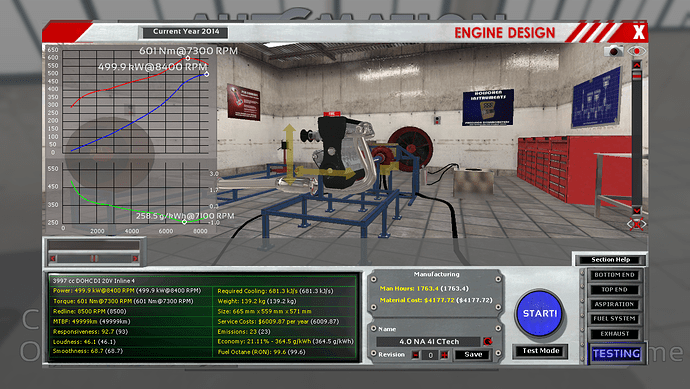 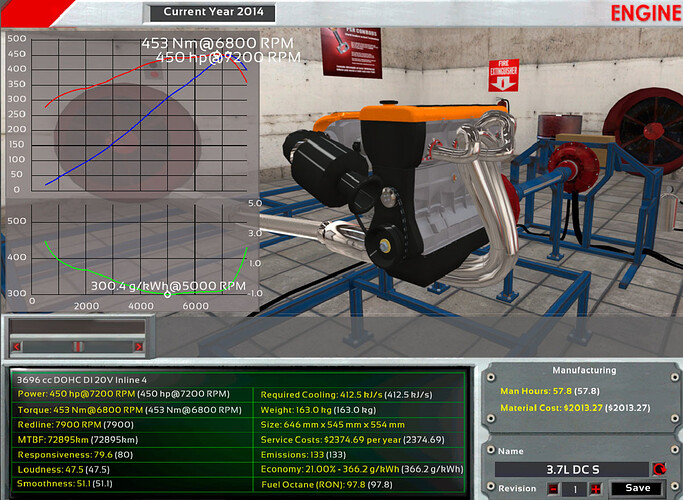 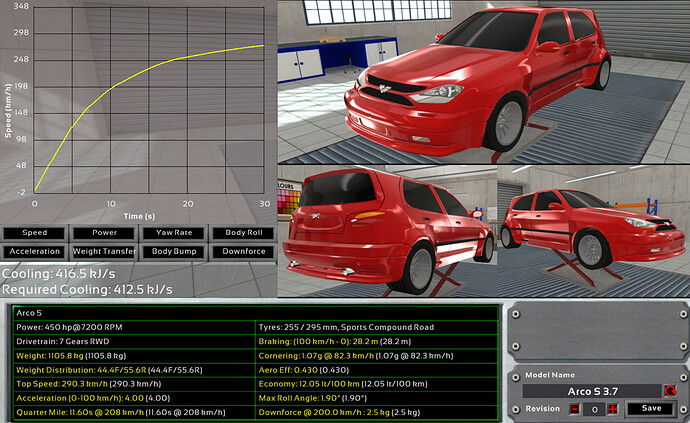 Those cars are really good and three days to go for the results. And the winner will get pack of cars and engines

Crank Performance would like to present that little something that’ll make the Mrs go off her nut when she finds it sitting in your driveway.

The Oversteer is proof that big performance doesn’t need a big package. The simple and minimal interior with few annoying first world whims such as traction control mean we can provide this hyper hatch in a 1100kg shell. The lack of sound deadening merely makes the sweet howl of the 4000cc 20V motor fed by enormous twin 48mm Solex carbs that bit more delightful.

Your neighbours will condemn your soul into a fiery hell as your 3.75" exhaust bellows down the street every morning on the way to work. Fortunately for them this wail will not last long as the 487hp Oversteer can devastate the 1/4 mile in 11.7secs. Forget spending hours of your weekend trying to rejet your ‘project car.’ With this in your life there is simply no need for projects.

Despite it’s boldness the Oversteer can over some nods to daily practicalities. The low fuel consumption means you won’t have to hold shares in an oil company to fill up every week. Ludicrously efficient brakes make sure you pull up surely when you spot that flash for cash parked up ahead and the exhaust bypass valve keeps the prying eyes of the boys in blue looking the other way. A perfect weight distribution with no suspension gimmicks means you can rely on this car throughout the week and comfortably drive to trackdays and back on the weekend without having to change heavily camber damaged tyres every over week.

It’s 300km/hr fast. It’ll flog a Ferrari F50 in a straight line. You can fit in 5 people, 2 full size suitcases and still have room for the family mutt in the boot. 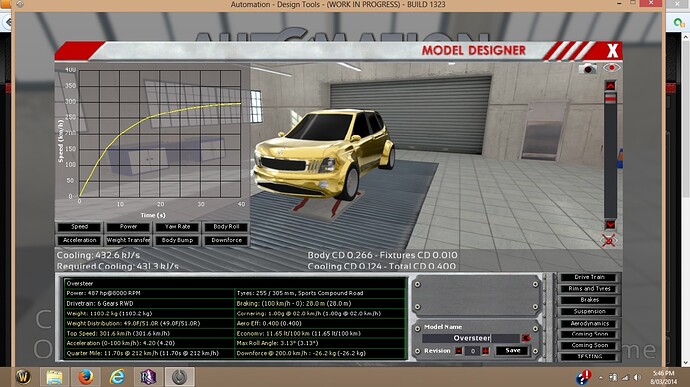 The Core Allez may not be the fastest, but it certainly is the quickest from 0-62 (at least yet). 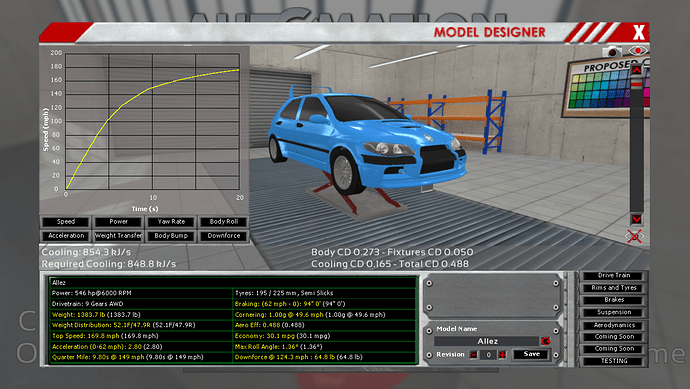 @spool: your car is great, except for one detail: it’ll take off. It doesn’t get any downforce and that’s why it’ll probably suck on the track (because no downforce = no grip) and if you go too fast, you’ll take off.

Tom, I don’t think you fully grasp the idea of the negative downforce. If a 1200kg car has -20kg of downforce, it will not lift off. It would need -1200kg of downforce to lift. The Mercedes CLR however…

alright but still, negative downforce is not good for lap times.

Of course, that car would not be the best on the track.

If I was making a track car I’d pay attention to that. But we’re not.

Most street driven track cars spend very little time at 200km/hr and above. That aside I’m running sports compound road tyres, a 6 speed box, 50/50 weight distribution and a relatively low cornering coefficient as a result. If I upgraded all these attributes it’ll be quicker in the simulation but it’ll also cost $700/tyre, be ridiculously expensive to rebuild the box and be tail heavy in reality (massive rear weight bias in acceleration/cornering G tests in this sim). Just not my goal for this design.

Jhd, don’t you think your car is a little…light?

It is very light, but I’m a big man, so when I drive it it’ll add some weight

jhd I think the rules said only RWD.

Here is the CPV Thunder
I’d be scared to drive this, between the corner G’s and the weight distribution this would be a very squirrelly car to control. 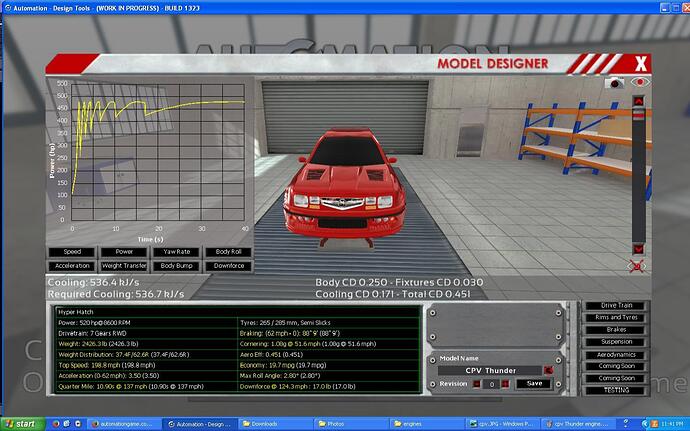 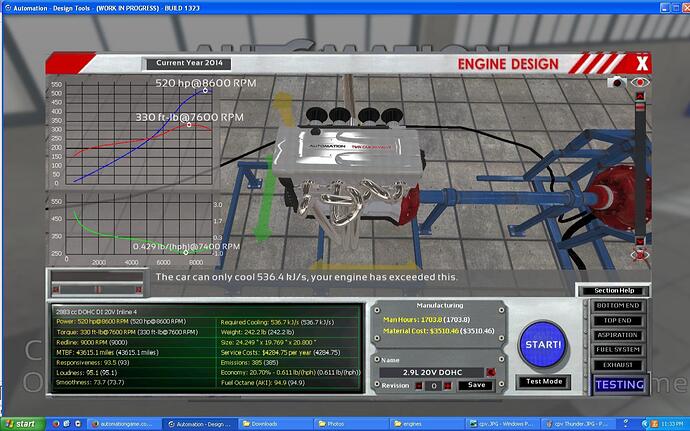