I'm Bored (a pilot test for the 2nd FITE ME)

Yeah yeah I know the new engine version is going to come to stable soon and that’s going to mess everything up. But that doesn’t mean I can’t play around with an idea and let you all have some fun while you’re at it.

What’s this a pilot for?

I want to run a challenge where three different people are looking for a fun car to own for 5 years. One is young and broke and needs to use it as a daily (like a good half dozen CSR characters), one is established enough to want a track toy before getting saddled with kids (me, basically), and one is a retiring empty-nester who wants to relive her glory days as the speed queen of the mountain pass before her knee gives out (based on a real granny who ran a lavender farm I once met while travelling through the country). But calculating 5 year ownership costs is complicated and I need samples and willing volunteers who can abuse the game metrics so I know what to look out for.

What do I want?

Make me a light sports/track car from between 1980 and 2000. I mean something that’s pretty cheap and light and seats 2-4 or 5 people but you can really throw it around and have fun with it. What I have in mind are cars that have a power to weight ratio of anywhere between 150-300 bhp: metric ton. Most of you probably have some stupid Initial D Eurobeat blasting in your head right now and you wouldn’t be wrong.

Aim for under 10k at 0% markup. Absolutely do not go over 12 or it will be insta

ed. I’m not going to require cheaper for older cars because of something something depreciation can’t be bothered to actually nut out the real value.

Yes. But also plenty of freedoms.

STABLE RELEASE ONLY. I HAVE NOT YET RUN THE OPEN BETA AND DON’T PLAN TO DO SO.

DON’T USE THE MEME BODIES. YOU KNOW WHICH ONES I MEAN. I’LL BIN YOU AND YOU’LL GET MAD AND I WON’T CHANGE MY MIND

What am I going to do with these?

What are the caveats with exporting cars from Automation to Beam?

If this is all so subjective then how is this going to be fairly judged?

What will I do in Beam?

Each car I decide to drive will undergo:

Of course, if the car is simply too awful to drive, or is otherwise broken, for example the brakes turn into a pile of molten slag, I reserve the right to terminate a test for my own sanity at which point the car goes in the

To dispense with any false modesty, I am very confident in my driving sim skills. I’ll definitely wring out the most your cars can give, and I won’t blame the car for errors I make (like grinding gears or crashing due to excessive corner speeds). Note that I will be turning ESC/TCS off unless the car is literally undriveable without it, which shouldn’t happen at these power levels and thus will relegate the car to the

. So it’s not going to be a problem if your car lacks these things.

ok got all that? good.

Feb 14th, Midnight AEST +1 , unless new version drops in stable sooner. But if not, Valentine’s day, because ily all pro homo

I forgot to tell you how to submit

As an exported .car file in my forum DMs. Don’t send me the Beam file, because I can’t tell if you’ve tampered with it or not. You’re free to choose whether to post anything about your car in this thread.

And just in case any of you don’t know what I mean by “meme body”, I mean these: 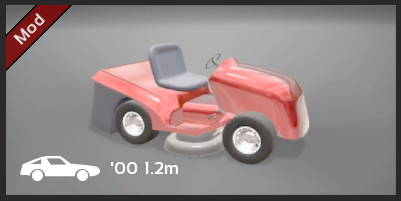 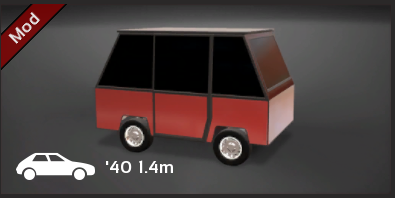 I’m not going to stop you from using period-incorrect bodies of course, but if you get too egregious you’ll probably earn a b i g t h o n k from me

well i know my objective

Will this one take years to finish too?

you’re only like the 5th person to make this joke, I know this says more about my pace than anything else…

Could I toss a somewhat-sporty-ish FWD shitbox into this, or is it AWD/RWD only? I’ve been messing with an idea for a little while, trying to make myself use smaller engines.

trying to make myself use smaller engines

there’s no rule about drive type. Though if somebody makes a rear-engined AWD with a heavy front-powered bias they will also get a b i g t h o n k from me.

Because most of what I use end up over two-liters of displacement, and sometimes there can be fun in high-revving engines. Big engines don’t rev. And I’ve been tinkering with this 702cc I3 for a little while… I figure, a turbo and a light-enough 4-door car should make it fun and practical.

I didn’t even know R-AWD was possible, actually. Not that I’d try to do something like that. I have enough trouble when I move the engine out of the front of the car.

STABLE RELEASE ONLY. I HAVE NOT YET RUN THE OPEN BETA AND DON’T PLAN TO DO SO.

i really can’t be arsed

also… i think i’ve sent mine already… about… i dunno, 4 months ago? 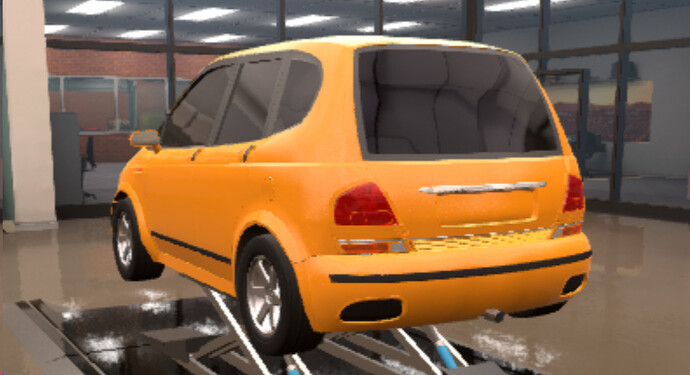 I have like this super hot racing version of a Grehet lying around. In its current guise it doesn’t meet the rules but I could possibly modify it for you so it does…

Any naming criteria, or just send you the car named any which way we please?

Yeah don’t care about the naming as long as it’s clear what it’s for!

well this is the original car. it meets it all

did you actually put it in my DMs? Coz I don’t remember having that car…

I made the car and now I`m confused, I need to make the car in the non beta version?

Correct, I can’t open Beta version cars in stable, and if you already use Beta, switching back to stable will break all your mods. Though that part is not so important as I’m not judging styling.