I’ve been toying with 1940’s and 1950’s cars in the game for a while now, but just recently I discovered a picture of a 1941 Oldsmobile Custom Cruiser that looks exactly like the oldest car style in the game. So, naturally I wanted to recreate that car in the game. According to a couple of sites, the car was available with either an Inline-6 or an Inline-8 (no V-8). The I6 was 3.9L with 100 HP. The I8 was 4.2L with 110 HP. However, I believe that back then the horsepower listed was with the engine by itself outside of the car, so the numbers would be lower using the modern measuring system (engine in the car, all accessories connected).

On the other hand, if I move away from what Oldsmobile did and create a V-8, I can fit some really big engines in there, but Inline 4s run into length problems just like the I6. All attempts at a transverse mounted engine of any type fared very poorly, even using McPherson Strut to save space. So if we write off transverse in this car body entirely, then it actually has more engine bay width than necessary, but it could use more length for inline engines, especially considering they had Inline 8s in there in real life. When mounting longitudinally, width isn’t a problem, even with Double Wishbone. Even with a V-8 with DOHC, it still runs out of length before it runs out of width. So, I realize this is extremely minor and I don’t want to nitpick, but now that I’ve typed all this I don’t want to delete it. What are people’s thoughts on possibly trading some width (less room for V-8s) for more length (more room for Inlines) on this chassis? No actual changes to the chassis model here, just the dimensions permitted by the Engine Designer. 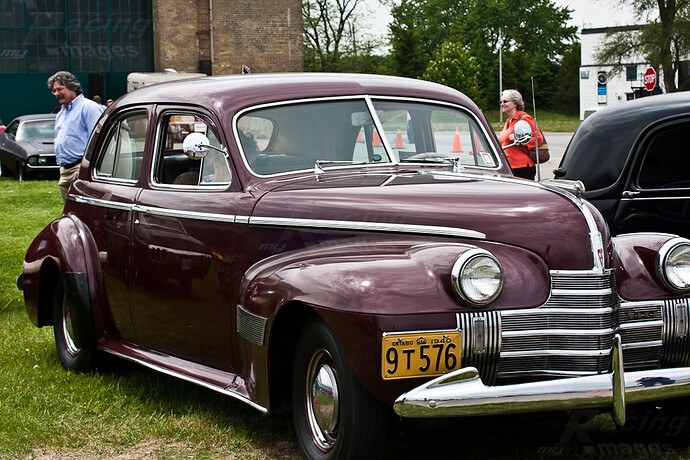 The Oldsmobile is probably twice the size of the Morris Minor on which the body you are using is based on. It is only a little British car after all.
In time there will be a wider range of bodies for each era.

[quote=“maffc”]The Oldsmobile is probably twice the size of the Morris Minor on which the body you are using is based on. It is only a little British car after all.
In time there will be a wider range of bodies for each era.[/quote]

Cool. It looked so similar (to my eye, at least) I thought it was based on the Olds. I looked up the Morris Minor now and I see it only had a 27.5 HP I4 engine lol.

Check the wheelbases, the Olds is 119 inches the in game body is 80.

There is quite a similarity in the basic silhouette of both cars and I can see why it was easy to think it was based on the olds.
Why not develop your car as a fictional Oldsmobile Custom Jr?