The origins of IVERA Motors date back to 1957 when the parent company, IVERA Industries, decided to follow the expanding automotive industry. The decision was made due to the booming economy Sweden had at that time and the fact that cars were selling like mad. This at the time seemed like a million dollar idea and it sort of was, because when IVERA Motors put their first car on the road, it was an absolute success in the sense that it became incredibly popular as a police vehicle.

Over its incredibly varied 64 year history, IVERA Motors slowly became more and more known to the rest of the world, over the years they purchased several companies such as Union Motors INC., SFVM (Serbian Federal Vehicle Manufacturing), Argenteri Automobili, and several other small manufactures in an attempt to have a fighting chance in the major automotive markets. However, It wasn’t until 2000 that IVERA Motors would become the IVERA Group.

But in the late 80s they debuted a car that allow them to compete with the likes of Mercedes, BMW, Audi, and several other luxury vehicle manufactures.

The car in question was the IVERA Executive, it was practically the first Swedish car to have a V8 engine, and was considered by enthusiasts to be the coolest 1980s luxury sedan. The Executive featured the same liftback design as the 122, the first car to have that same shape. The Executive also was one of the first production cars to feature running lights. In the home market those were swapped out for parking lights. The large spotlight like lamps mounted to the bumper were optional fog lights for the 1986, 1987, 1988 model years. It’s Citroen derived hydropneumatic suspension that increased the car’s comfort factor by a massive margin. Unlike the system from Citroen, IVERA used a synthetic hydraulic fluid that was designed to offer better performance at cold temperatures and didn’t stain concrete driveways when it did start to leak. One issue though, was that the fluid was corrosive towards rubber and aluminum and if it wasn’t swapped out every 50k miles the shock absorbers began to leak from the seals. The car had unparalleled safety compared to other cars at the time. Designed with it in mind, the car had proper crumple zones that provided better safety for the cabin, passenger side airbags (Optional before 1987. Side impact ones came on the 1991 model) and fuel cut off switch. But, the most famous thing about it was its fire suppression system. Yes, you heard that right. Fire suppression system. The system was comprised of a medium sized pressurized tank of fire retardant located underneath the trunk floor in front of the spare tire. It was connected to hoses that had nozzles near the fuel tank and in the engine bay. In the event of a crash, a valve on the tank would open and the fire extinguishing process would activate. Even if there wasn’t a fire, the system would still activate in a major collision due to the inertia switch that opened the valve, activating. However, on later models, this would be replaced by an electronic sensor that detected fire. But, thankfully, it was optional because it made the car a whole lot more expensive to maintain. 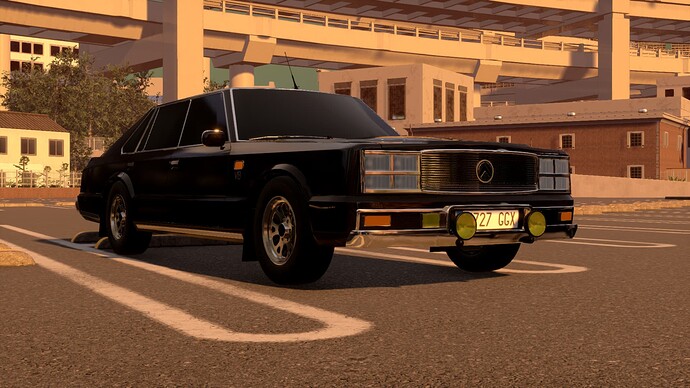 The car’s looks were not really suited for 1986. Because, originally the car was meant to have launched in 1983. But, thanks to financial issues and the fact that the half the team working on the Executive project was assigned to a completely different one it suffered a major delay. By May of 1983 it was clear that the car would not make it to production, so designer Hugo Nilsson had to redesign the car as best he could. In 1984, the company was running out of time to put the car into production so, after Nilsson had done his best to bring the car into the late 80s, he sent the design in and began working on the planned 1989 face lift. 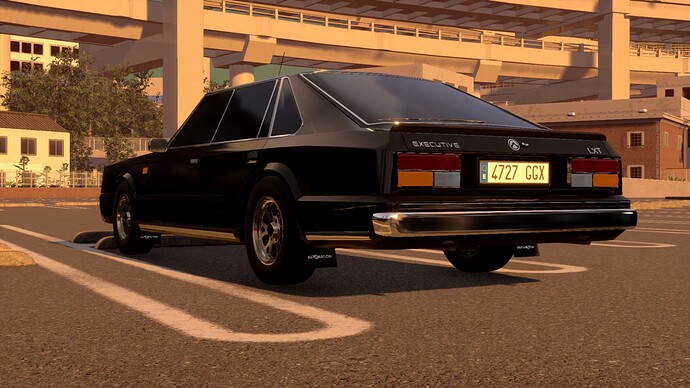 Today, completely restored examples of the IVERA Executive’s top trim, the LXT, go for well over 45,000 dollars while the lower trim levels go for 30, 35 and 40k. High mileage examples on the used car market still sell for up to 15,000 dollars. But, if someone buys an Executive for under $6500, that has upwards of 220,000 miles, with the intent of using it as a daily driver, god help them. Executives were especially notorious for their suspension issues. Leaks, spring failures, sway bar bolts failing suddenly, or complete suspension collapse. That’s why so many high mileage examples practically sit on the ground as their suspension had collapsed.

But, Despite all this, the IVERA Executive, remains one of the most influential cars in the history of IVERA Motors and the Swedish automotive industry as a whole.