Tiny truck, not so tiny name… 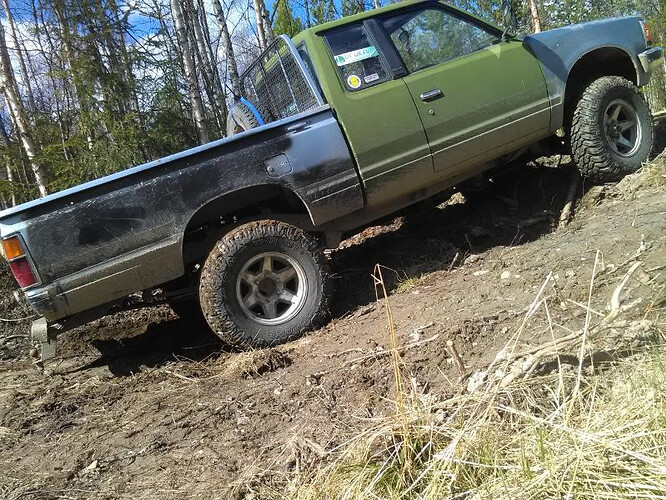 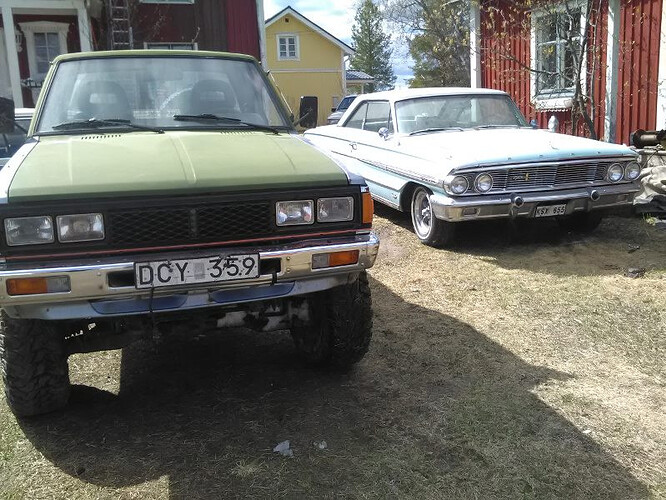 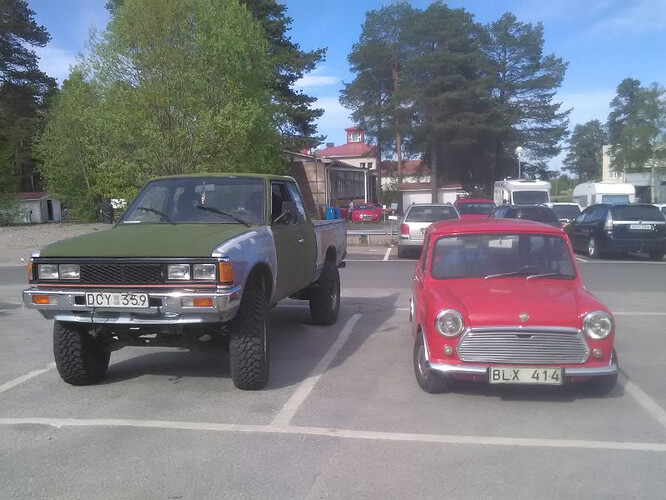 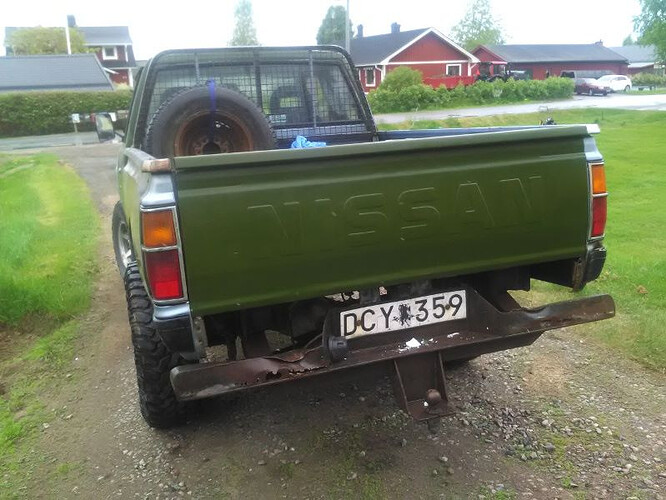 72 hp diesel and can hardly reach 100 km/h but the most fun I’ve ever had on four wheels. 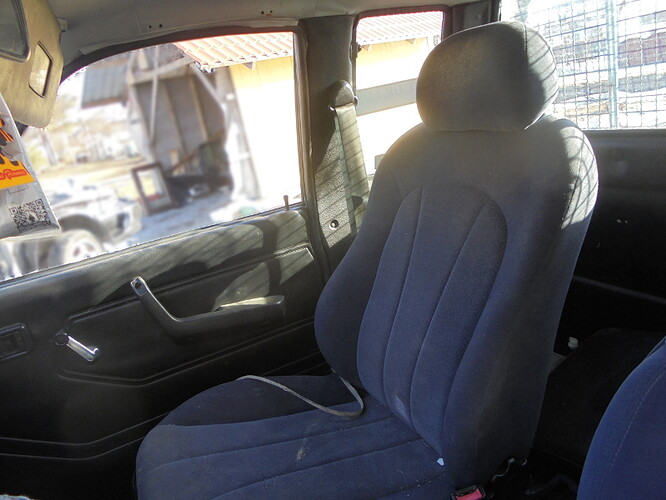 DSC01039800×600 197 KB
Swapped in the first Ford Escort seat today, started with the passenger side if it would cause any problems, now I know what to do on the drivers side… I guess that this will work well, it is about the same height as the drivers seat (Mazda 626) now, but the Mazda seat is adjusted all the way to the bottom, the passenger seat from the Ford is not adjustable and is about as high as the drivers seat are in the highest position, so probably I will gain some centimeters if I crank the Ford drivers seat all the way down…
10 Likes
Zabhawkin 7 May 2018 23:10 #3

I like it, when you redo the back bumper a receiver hitch would do much better than that anchor you have on the back now.

Many of my friends crawlers wont go much faster than that, mine will but it gets kinda scary.

I could see swapping a Toyota solid front axle into it as well.

That’s the main reason for a new back bumper, I’ve gotten stuck on the hitch more than once…with the huge overhang in the back the last thing you need is a bolt hanging down low behind the rest of the truck…

Yes, I have reached 130 at the most in a steep downhill and it felt like it would be the last thing I ever did in my life… (as you may know, at highway driving you never let your foot off the accelerator in old diesels so you don’t have to regain the speed again…

) Many people are begging me to swap a more powerful engine in, but why? It’s not like I want to drive any faster anyway.

Yes, I know Yota swaps are common in the US and they sure are interesting, the sad part is that all old japanese trucks in my country are exported to the middle east by now so finding such parts are hopeless.

But I really understand why it is done, these trucks have the worst excuse of an IFS ever made.

Depending on which side your front drive shaft is on, (I am assuming right), an older pre 1980’s Jeep Wagoner had a Dana 44 with a 6 lug pattern. Its what I am running on the front of mine. If you don’t mind having mis-matched lug patterns the older CJ/Wrangler also had a right side pumpkin, with an ok if you weren’t too crazy axle.

Edit: Of course it all depends on what is common in your country.

Your CJ on the profile pic I guess? I like Jeeps, I had an early 50s Jeep Truck some years ago (but got tired trying to find an original cab since it had a locally built firetruck body with wooden structure that was falling apart so I sold it). Now I have a Willys MB instead (in pieces though, got it that way), that I am going to restore someday, no crazy resto planned, just as a fun summer car… 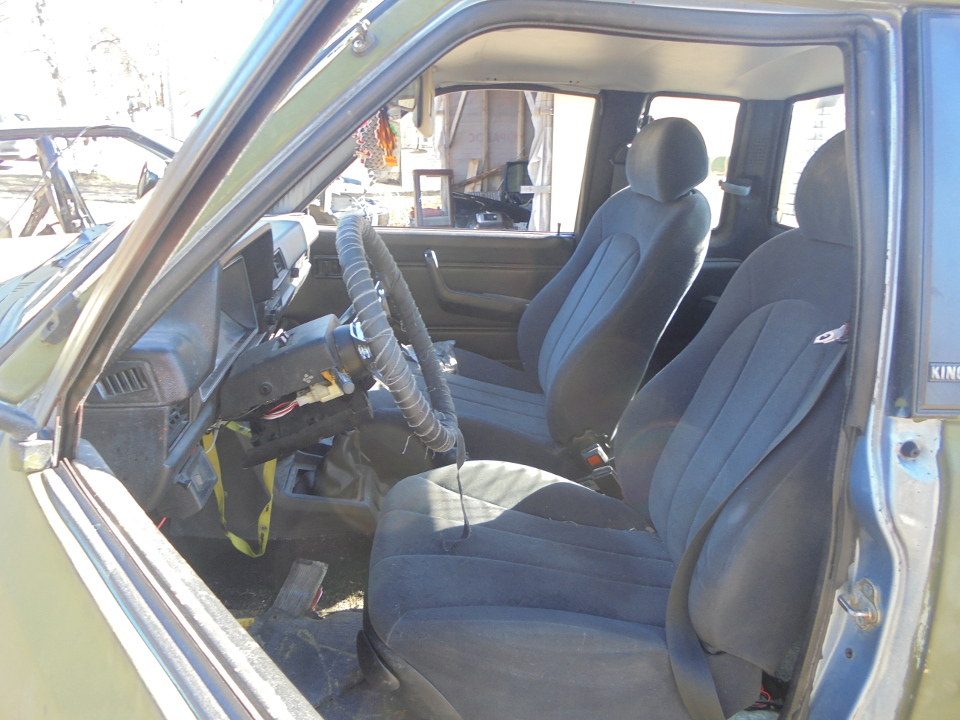 Both Escort seats in place, and I can only say that I am satisfied.
Much better driving position than with the Mazda seats, and more space under the steering wheel for the legs.

The truck is cool. But I’m also digging the '64 Ford sitting next to it in the 2nd pic. Is that yours as well?

It’s my fathers Ford. 64 Galaxie 500 2-door hardtop, a mildly overhauled 390 Interceptor under the hood. The Mini is just a car I parked together with though, don’t know the owner, just a cool picture.

The Ugly Duck My Ride

[image] Specs: 1984 Jeep CJ7 Front Axle: Dana 44 out of an 89 Jeep Waggoneer 4.56:1 Gears with an Eaton E-locker Rear Axle: Dana 44 out of a 99 Honda Passport 4.56:1 Gears with an Eaton E-locker Custom full roll cage, with additional sub frame in the body. Custom 13 gallon fuel tank, made out of 3/16" reinforced steel plate with 2 fuel pickups at opposite corners with a fuel pump for each pickup. A third mechanical pump makes sure the engine has enough pressure even with it standing on i… 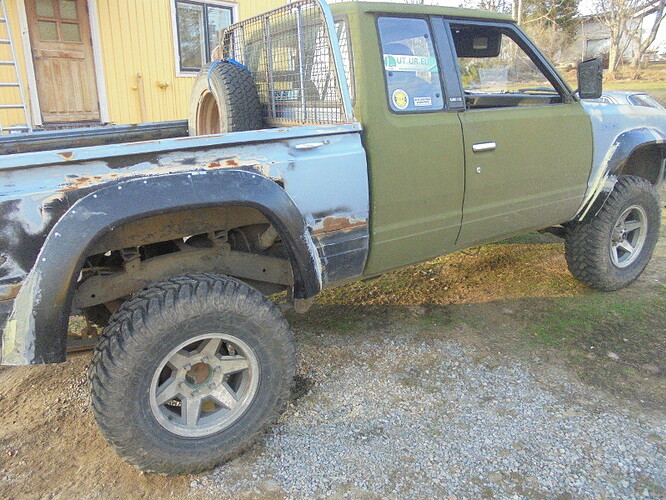 DSC01050800×600 189 KB
One of my friends is running a fiberglass company and he had some molds for flares that was a quite close fit, trying to make them fit in now, sheetmetal screws only temporary, will rivet them later. I guess they are from a Chevy fullsize truck, 88-99 generation, since they look fairly right in shape for that, but they really improve the looks compared to the stock 4wd Datsun flares, makes the car look much more bold and aggressive. Also, not getting sprayed with mud when driving with windows down are a great thing… 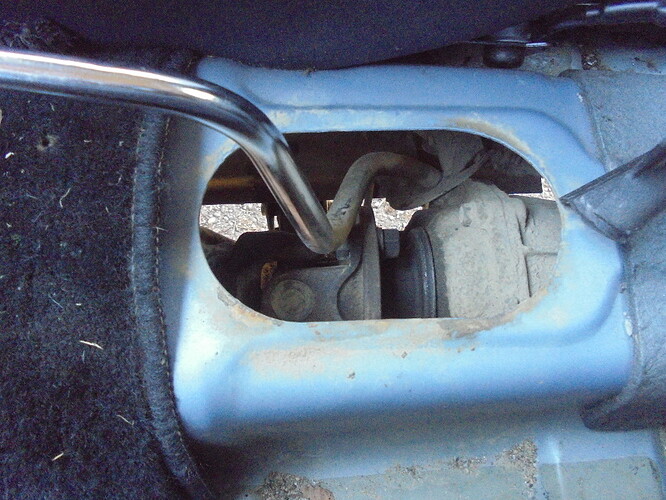 DSC01051800×600 217 KB
I didn’t really like the big gaping hole down to the transfer case, especially not after my phone decided to fall out of my pocket and down on the highway through that…

Time to do something. 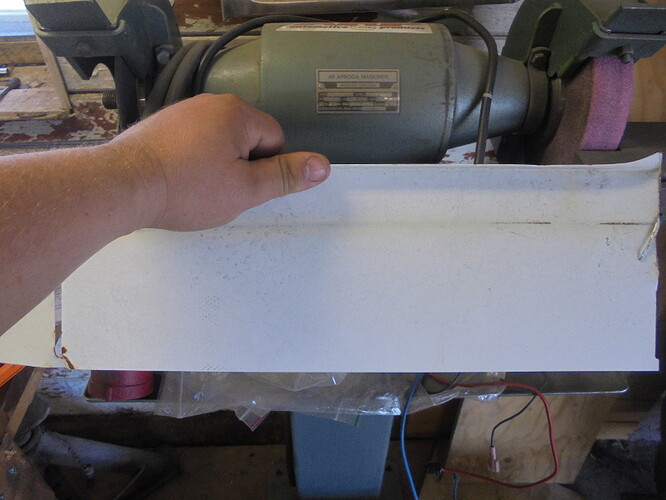 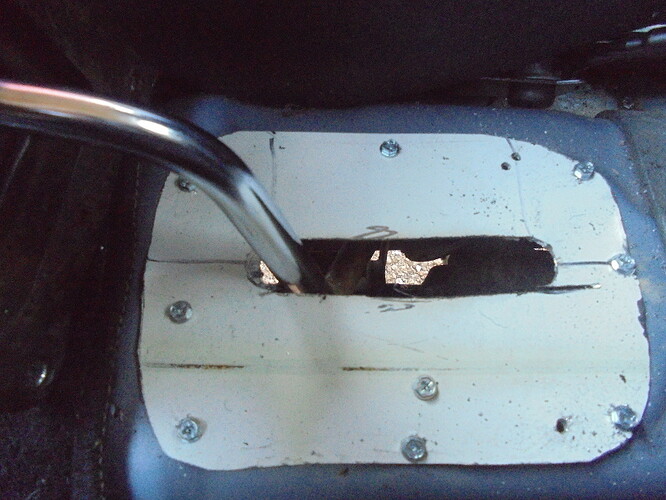 Done! Not the most beautiful work I’ve done in my life but in the end it will be hidden anyway. 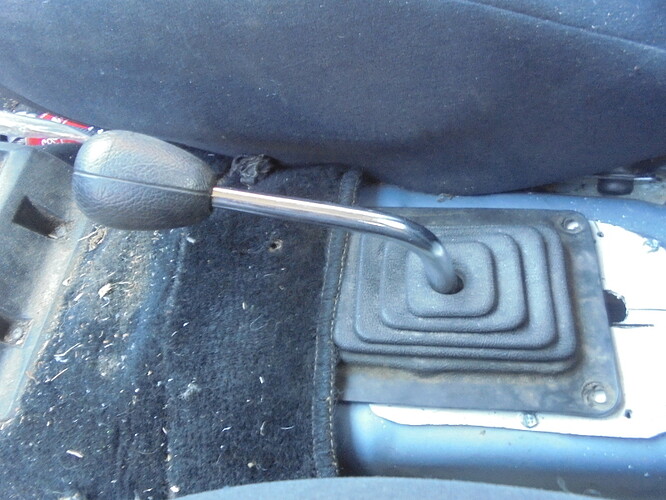 Tried a boot I had on the shelf but it didn’t work out very well, if I mount it to the floo it flexes too much when putting it in low range so I have to find another one, but better for the moment anyway being only loose on the floor…

I didn’t really like the big gaping hole down to the transfer case, especially not after my phone decided to fall out of my pocket and down on the highway through that…

That’s why I never keep stuff in my pockets when I’m driving. I always empty my pockets and put my stuff either in the cup holders or some other storage area before setting off. 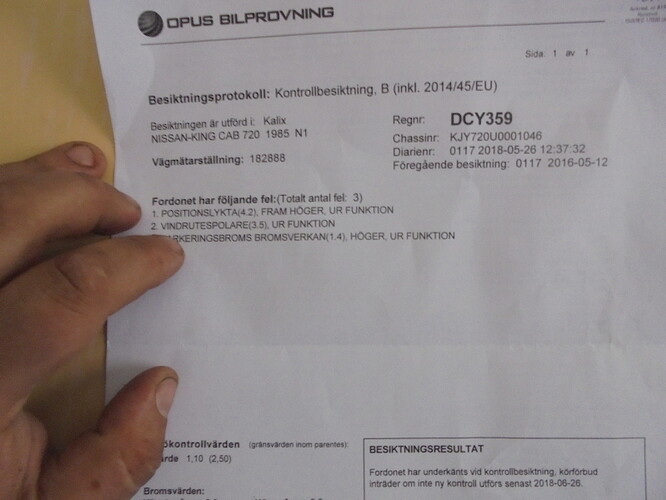 Translation:
Ohhhhh gooood…
100% Sure that my 850 will fail the safety inspection aswell.
Don’t know how many hours I’ve spent on that car but what do you expect if it has been disabled for 7+ years xD

Do you have any thread for your 850?
(I’m actually junking out a 1997 S70 right now so just tell me in case you need parts from that one)

And are the dampers in good shape? The ones on my car are worn out.
P.s I noticed that you live in Kalix. I’m a Lulebo so it would be farily easy to send the parts right?

Can check that out tomorrow