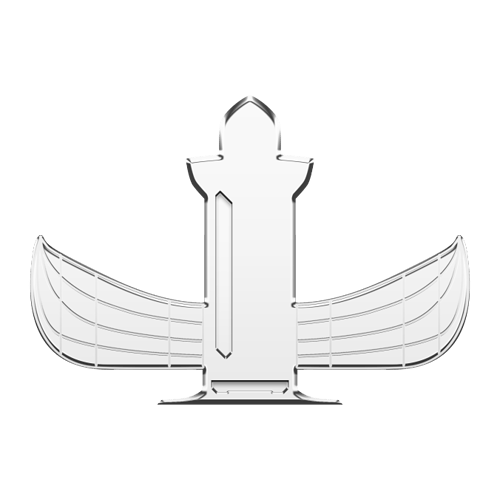 Legore was born from the 1955 disaster at Le Mans, as a conseqeunce Amadeo Scagliati cancelled his company’s racing program, leading to designer Orazio Legore (Lig-Ore-Ray) to leave Scagliati and form his own company in his home city of Genoa. Orazio’s aim was to build cars of as superior quality to that of his ex-employer but to have the ease of use that high performance Scagliatis lacked at the time.

Without the funding to build the charismatic twelve cylinder engines of his previous employer, Legore chose an unlikely ally in the Apollo Motor Company choosing to utilise their Big and Small Block V8’s to power his hand formed automobiles, the first being the 6400GT.

However, Orazio knew the company could not survive solely manufacturing custom GT cars so in 1970 their first higher volume model, the mid-engined Apollo V8 powered Martora was unveiled to the public. Apollo purchased shares in Orazio’s company to increase the appeal of their luxury and sports models.

The Martora was sold in America in select Apollo dealerships from 1971 until 1977 when the ramifications of the oil crisis caused Legore to be dropped from US showrooms. However Legore soon became an instrument of Apollo’s to flex its muscles in the European racing series’, such is the case of the Legore Martora Group 5 Turbo with its immensely powerful turbocharged 353CI V8 that took to storming the 24 hours of Le Mans in 1981 taking victory in the race.

The partnership remained strong until 1984 when Apollo ended supply of Lance Series V8’s which powered the then aged Martora super car, consequently Legore begin outsourcing them from Barada (Apollo Australia) to then be transported to Italy where they would be tuned to specification.

Apollo began to step back from managing Legore in 1987 following the fiasco when vast amounts of funds where sunk into jointly developing a Carbon-Kevlar V12 prototype replacement for the Martora with the British based Vertigo Formula 1 team all behind the backs of Apollos Board of Directors, Legore’s profit margins began to fall dramatically as Apollo drew further away and all plans for the Martora’s replacement were scrapped.

The company stayed afloat selling the now much evolved Martora model with the last one leaving the factory in July 1995, giving it a final production run of 25 years.

The first and only model designed under Sinolia ownership, the SS, sold only 57 models over a 4 year period, despite the injection of extra funding, when in 1998 the Asian financial crisis hit, a deal was struck with the fast expanding Ceder Automotive Groupe to purchase the entirety of the non-profit making Legore for $25,000,000 bringing it, in part, back alongside the Apollo Motor Company which had also joined under the umbrella of the Ceder Groupe.

Ceder began to introduce its Millennial Rebirth program to all subsidiaries in 1999 with the goal of appointing Legore as the crown of the Groupe, first starting by following the growing trend of high-tech European supercars, using the 1987 EM12/P prototype as inspiration for the new age, emblazening each new model with the newly designed ‘Lanterna Alata’ badge calling inspiration from Lanterna the symbol of Genoa.

At the 2001 Geneva Motor Show the Legore Vadaris was unveiled sporting a vast V12 engine sitting midship in its carbon fibre body, the Vadaris was available to be outfitted in any paint scheme desired as a leather interior available to custom specification using any hide desired as part of Legores ‘Firma Esclusiva’ programme.

In 2007 Legore began turning a profit for the first time under Ceder ownership. 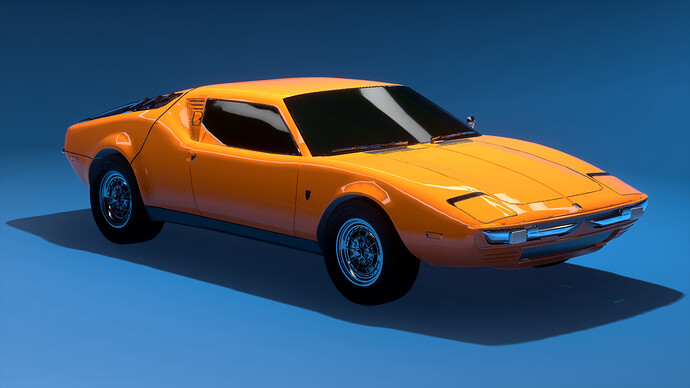 The Martora was the first higher volume and longest running model produced by Legore to date, designed by founder Orazio Legore and built in the original founding workshop of Legore, which is now part of the Legore Heritage Museum site, the Martora embodied the concept of the mid engined thouroughbred.

From 1970 to 1972 the Martora’s styling remained and the vehicles made within these model years are known as “Glass Canopy” cars due to their triple glass section in the rear clamshell. Models of this date also use push button door handles and chrome bumpers that lasted until the GTS model update in 1973.

Thanks to it’s sharp styling and speed the Martora became a staple for Hollywood’s jet set and the eras Formula 1 drivers. 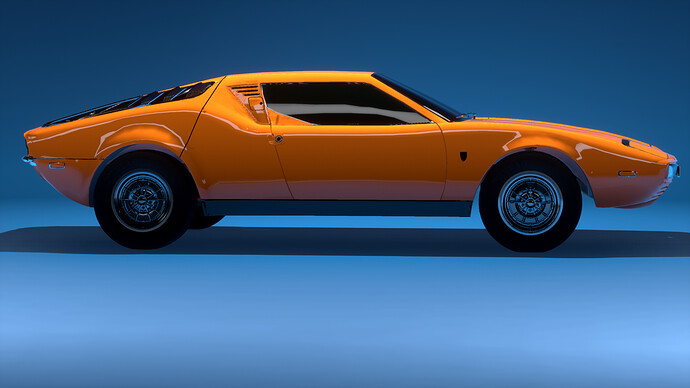 The Martora was powered by a longitudinally mounted 353 cubic inch, Apollo Motor Company sourced, V8 sending power through a 5 speed ZF transaxle, however the high displacement engine though mocked as ‘crude’ by fellow Italian manufacturers allowed for the Martora to have effortless pulling power at low rpm’s courtesy of it’s high torque allowing it to keep pace with it’s complex V12 rivals.

With it’s longitudinally mounted engine, fully independent suspension, rack and pinion steering and power assisted disk brakes the Martora handled and crusied as well as it accelerated and was fully utilised in international racing series’. 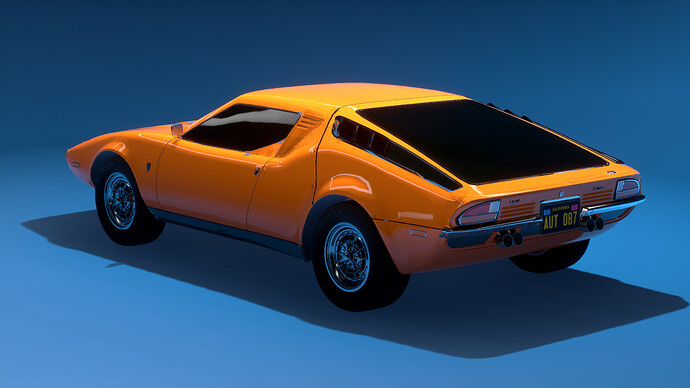 Though born and built in Italy the Martora was designed with transatlantic customers in mind, the cabin therefore was more capacious and fitted with larger leather seats. It also featured luxuries such as air-conditioning and electric windows which were seldom seen in sports cars of the era.

Only a few Martora S’ were originally imported to the United States before the GTS was unveiled and the oil crisis of 1973 hit, making it one of the rarest incarnations of the Martora produced.

Clean and unadorned, the early Martoras were the purest of all from an aesthetic standpoint - and went as fast as they looked. 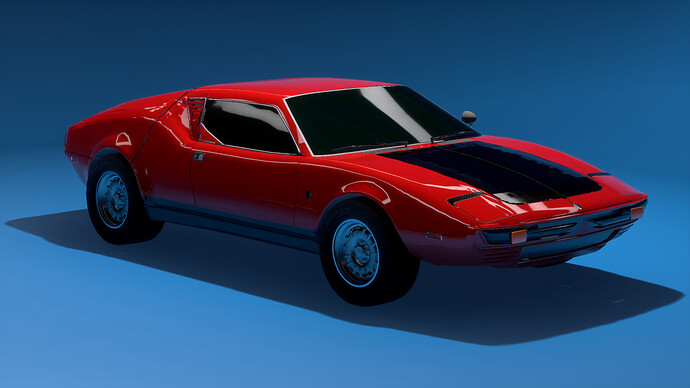 As opposition grew more powerful and even more stylish the Martora S began to fall out of fashion and it’s performance started being dwarfed, subsequently the Martora evolved into the restyled and retuned GTS.

The GTS update saw an end to the stylish but expensive “Glass Canopy” rear deck in favoured of a new and buttressed design. The bonnet and bumpers were also recoloured in gloss black variations of the same design.

Small details were modernised including: door handles, wipers, door mirror/s, front indicators and a raised line of black paint on the sill. 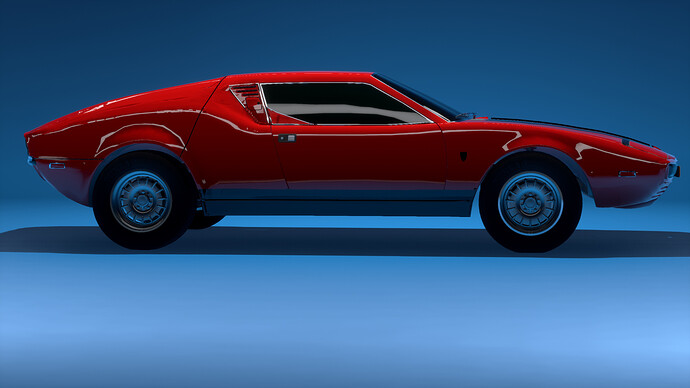 The update however was not only skin deep, the GTS was fitted with wider more modern wheels, uprated brakes and improved suspension. 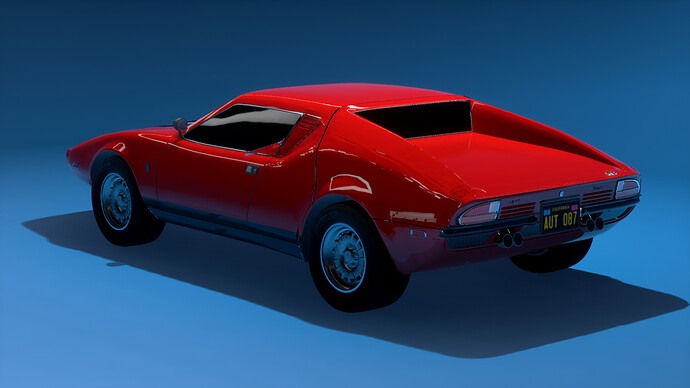 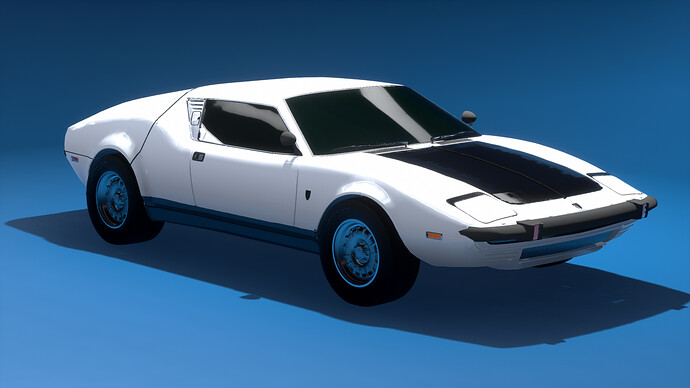 The US specification Martora featured almost all external and suspension updates of it’s European brethren with the only difference being the large plastic nose cone and front indicators. The nose cone was implimented to satisfy the “5 MPH” bumper law and the rear bumpers were also plastic. The side indicators fitted as blanks in Europe were also fitted with their madated parts for US sale. 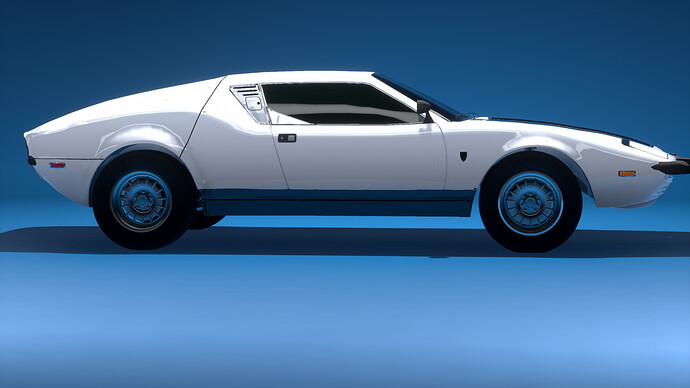 For the US market the Lance Series V8 was modified to conform to strict emmision regulations and the need to run on lower octane fuel. The compression was drastically reduced to 8.3:1, the carbuerrettor was fitted with far smaller jets and the igintion timing was retarded to accomodate standard leaded fuel.

Due to this the American GTS, though having similar power curve characteristics, was unable to keep up with it’s European counterpart… 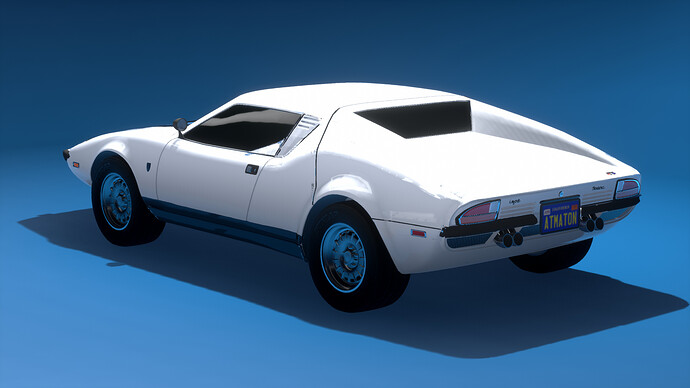 In 1977 when the shockwaves of the oil crisis were still being felt, Apollo dropped Legore models from it’s showrooms as sales began to dwindle.