The 4.2.13 has brought an unexpected Lua error again, where it occured in the car designer menu after I have selected an engine from Engine Designer menu. 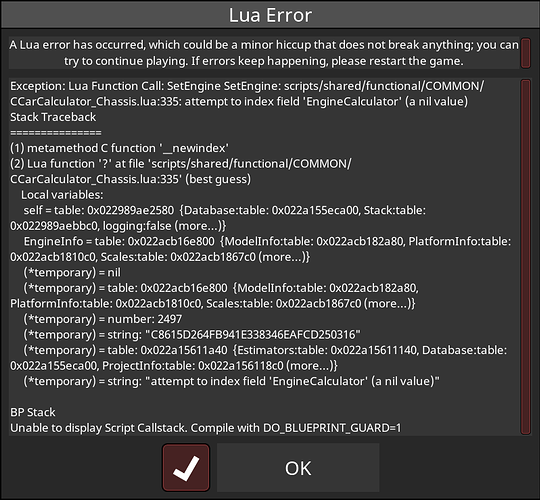 I had that last night. I was editing the database. I fixed it by deleting the offending car.

How can I edit the database to delete an offending car?, note that I still get the same error in Lite Campaign 4.2.14 hotfix even without any mods installed. 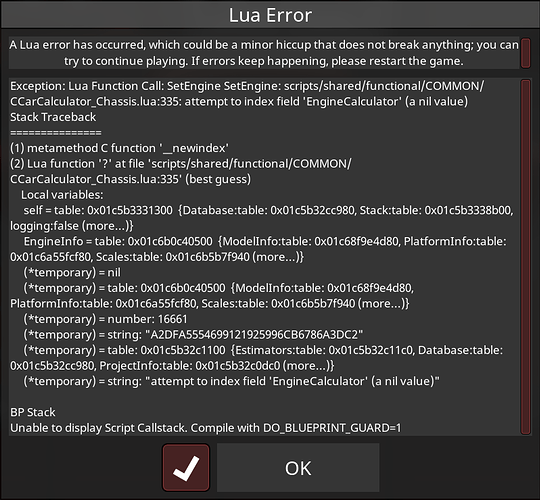 If you can still play, load engines one at a time

Yes, I can still play it, When I load an engine from Engine Project Selection (then click Existing Engine) rather than accessing Engine Manager menu, the bug does not occur.
However, there is another (variable) Lua bug after I deleted an existing engine from Main Menu. 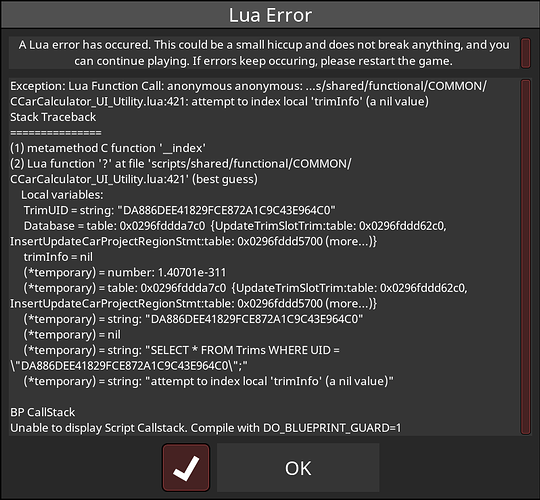