So, after 1000 sold cars, a new facelift for Monsterrex appears.

This time there was a sports version for the track.

As the main competitors, I think one of my favorite cars should be kept in mind - the Kia Stinger 370 hp and the BMW M3, although the latter is obviously much more sporty and squeezed for the track.

Everything has been improved, from the appearance to the motor. To receive you need to the same successful motor’s performance curves as the Modern Paints, were used similar calculations. And in the end, after the new motor was assembled, it turned out to be quite similar to the previous one, but much more powerful that the company made happy. 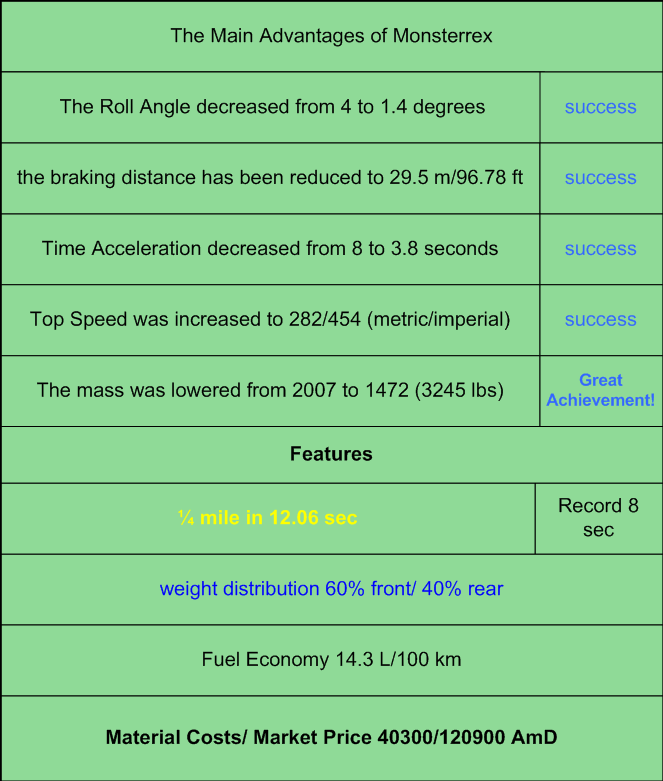 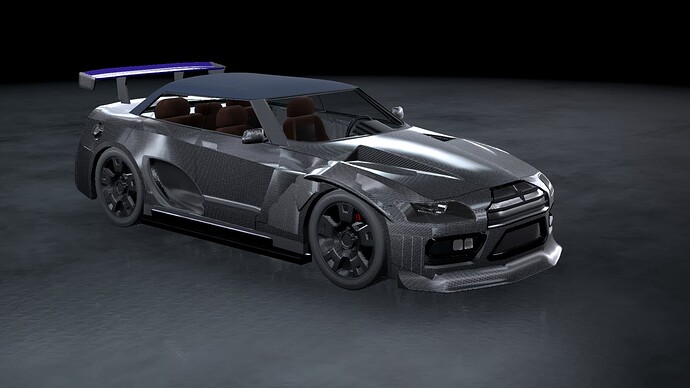 Wheels and brakes also too.

I suggest you compare them:
Monsterrex_-_Monsterrex.car (54.6 KB)

also, did you have to make a new thread for this? it’s a single car- post it in your pre-existing company thread.