Two mates have just finished their final studies and are out into the real world. With neither of them having any particular direction in life and being the car guys they are, they decided to start a kit car company in their spare time. One being a just graduated engineering student, and the other just completed his welding certification, the two combined efforts to get the initial prototype out. With help from some initial investors, the two were able to get a couple more people on the team. Using the investments, the group rented out a large workshop to begin production in. By late 1998 their first car was ready for production, with the first one reaching the customer 3 days before Christmas of '98. 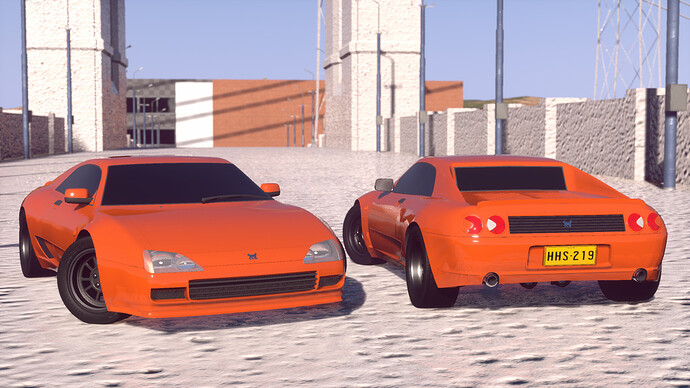 Standing for “Rear wheel drive, Transversely mounted 6 cylinder” the first car was powered by a mid mounted 2.5L V6 pumping out an impressive 261hp. Mated to a 5 speed manual and sending the power to the rear, the car was good to make the sprint to 100 in just 4.4 seconds and top out at 236km/h. This was helped by the lightweight fibreglass body and tube frame chassis.

Starting in 2000, the RT6 was also available as a rolling shell, allowing the customer to install an engine of their choice rather than being limited to the V6 that came as standard.

I will update the thread with more cars once I get around to doing them.

Is that from a naturally aspirated engine? If so, it would be quite a feat.

Why not offer a 6-speed, preferably a close-ratio one, as an option for those who want it?

Anyway, the Lynx RL6 would have made for a great alternative to a 993 or NSX.

Edit: While there are arguments for using a transversely mounted engine with the body you’ve chosen, it’s still possible to fit a fairly big V8 in it (probably as an option - though it would need a name change to RL8) if you use the longitudinal configuration.

I think you should have made in mid-transverse. In that case you could make the argument that the 5-speed transverse gearbox was ripped out of a FWD car’s parts bin, and rigged up to work with the mid-engine and RWD layout, kinda like how Lotus uses Toyota’s FWD drivetrains but mid-mounted to power the rear wheels

Right, i hadn’t thought of that, I’ll change that up.

And to address the 5 speed concerns, it’s a kit car startup, they aren’t going to have the most state of the art parts.

Yes the engine is NA and there likely won’t be a v8 option for this specific model, though there will likely be an I4 option as a more budget alternative.