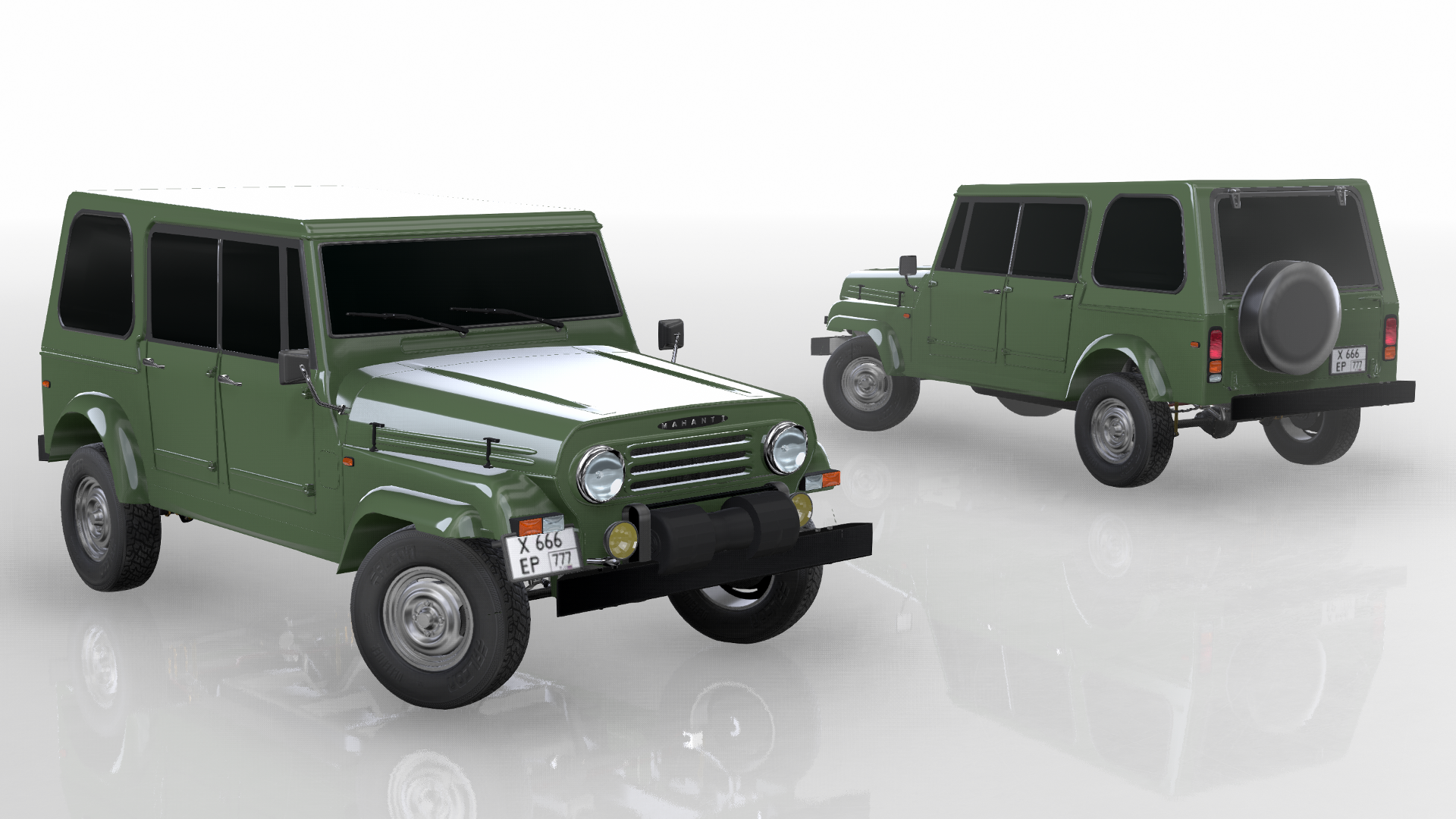 Since 1956, Mahanti had been known for manufacturing the venerable Nishima Tansa X10 under license. Though the Tansa was cheap and easy to manufacture, by the late 70s, the limits of the design were beginning to show. As such, a replacement had to be found.

Initially, Mahanti would approach Nishima to license the next generation X20 Tansa, however, in 1976, Nishima would begin exporting the X20 themselves to India, forcing Mahanti to find another solution. 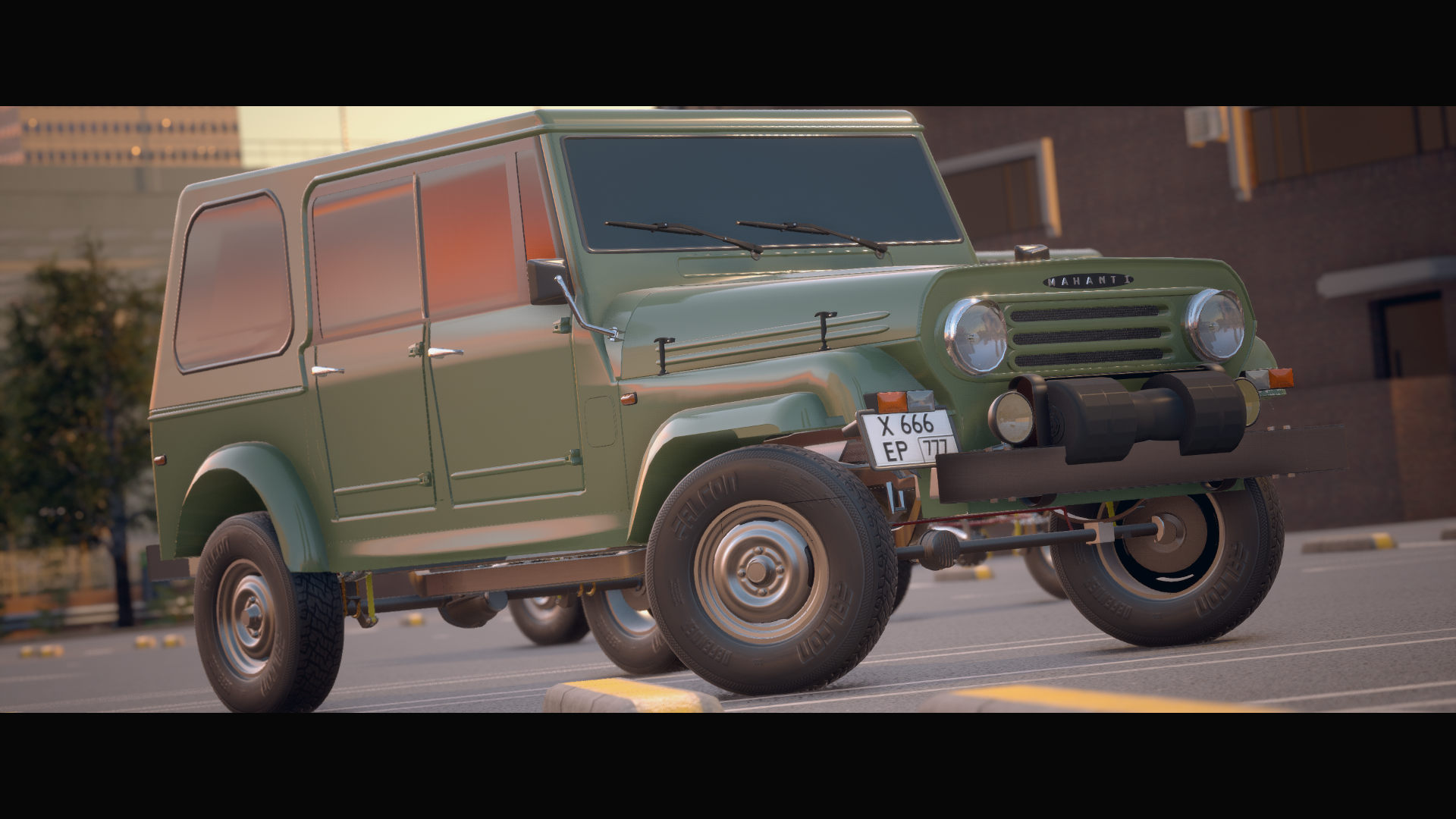 The solution that Mahanti found came in the form of a young engineer, Hira Chakarvarti. Chakarvarti and a group of Mahanti engineers used their knowledge gained from manufacturing the X10 to design a completely new design.

Powered by a license built Merciel 1.8L inline 4, the new car was more rugged than the old X10, cheaper and easier to manufacture, and would also attempt to solve the issue that plagued the X10, frame rust, though it was unsuccessful. 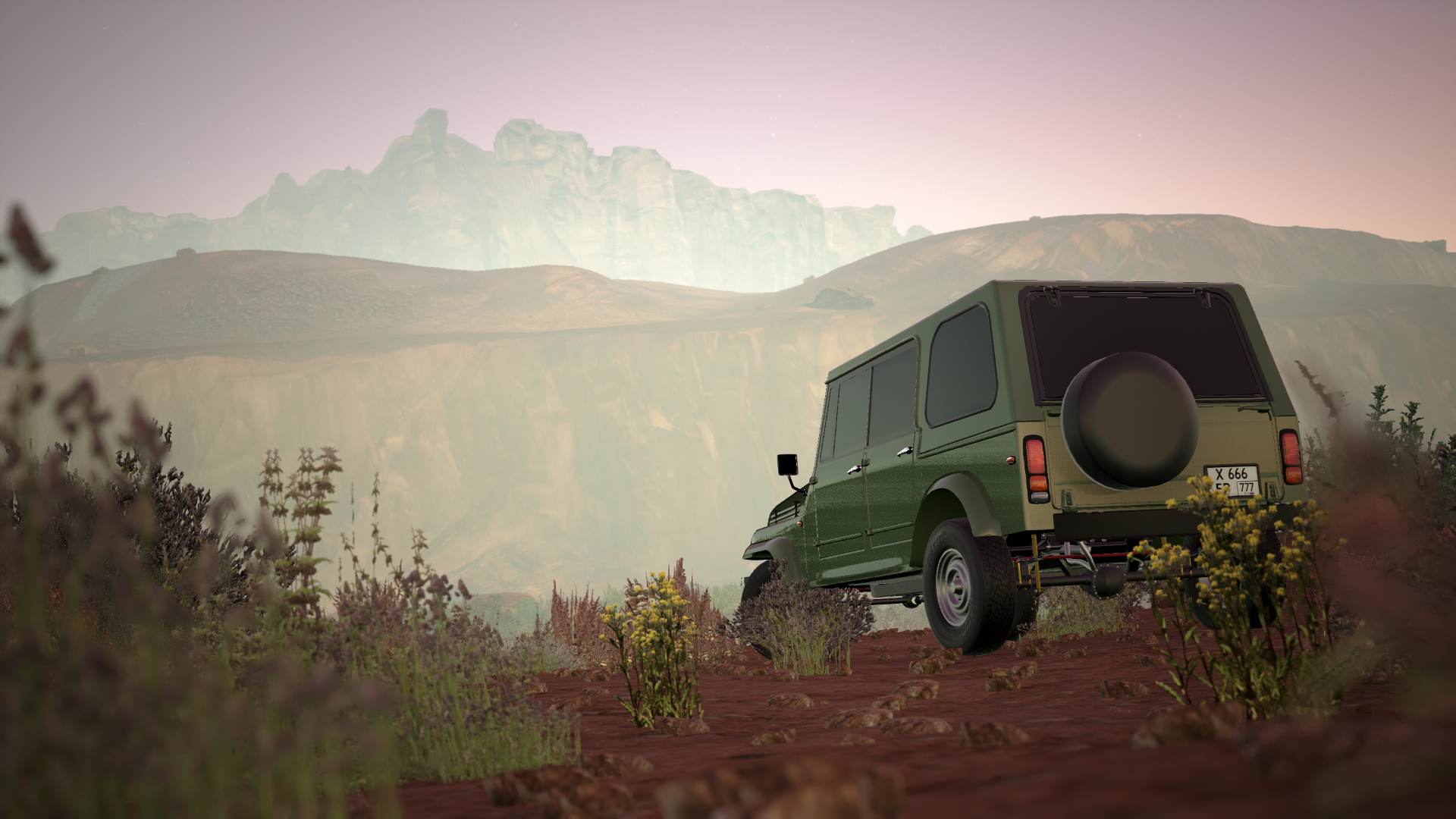 The new car would be unveiled in a press event in 1981 and would be named the Mahanti F8. The F8 would be very successful. As a family car, the F8 was spacious and could seat up to 6 people comfortably. As an affordable offroader that could handle any terrain, it was perfect for the rural countryside. A PTO was even offered as a factory option, increasing the versatility of the F8.

From the factory, the F8 would come in two body styles, 4 door hardtop and 2 door pickup, though many can be found with custom body work to convert it into anything from a minibus to a draisine. 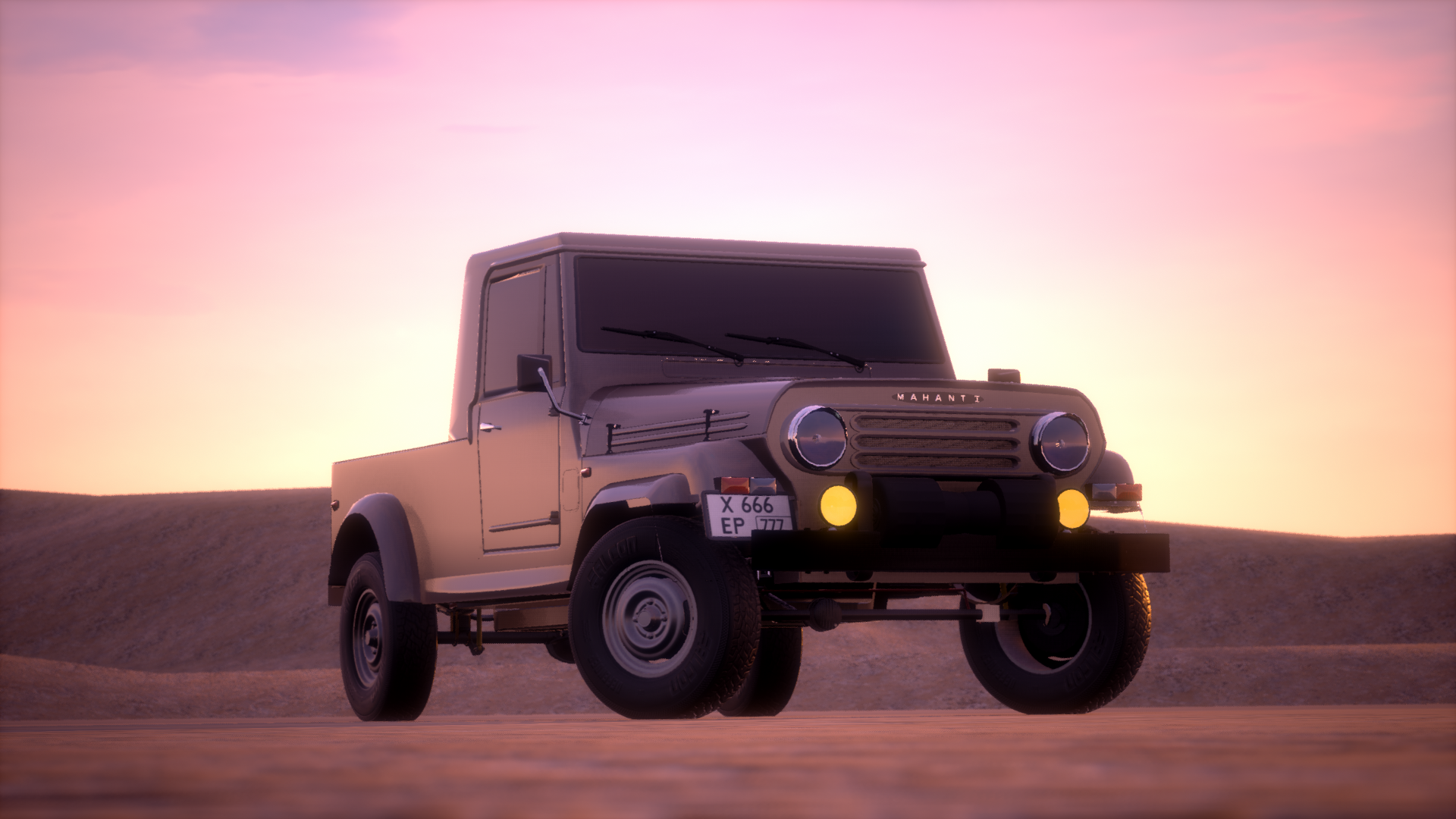 The F8 would be manufactured in Mahanti’s Chennai plant from 1982 to 1999, where it would be replaced by a newer design. The F8 would be exported all over Asia, with many finding their way to places like Indonesia, Vietnam and the Philippines, where they would see sales success. The F8 would also be used by the Indian military before being replaced in 2004.

Is that just a coincidence where me and you made Indian companies at the same time? Just saying.

BTW, nice SUV you have made.

Oh I’ve was planning on making an Indian company for a while now, I just never got round to making a thread for it. So when I saw you made a thread, I felt that I should actually make a thread myself

With looks as rugged as its underpinnings, it’s unlikely that any examples of the F8 that were sold to the Indian (and Asian) public would have been consigned to the ignoble… erm, fate of being confined mainly to roads paved with tarmac - this thing deserves to be taken off-road, deep into the countryside and far away from civlization. 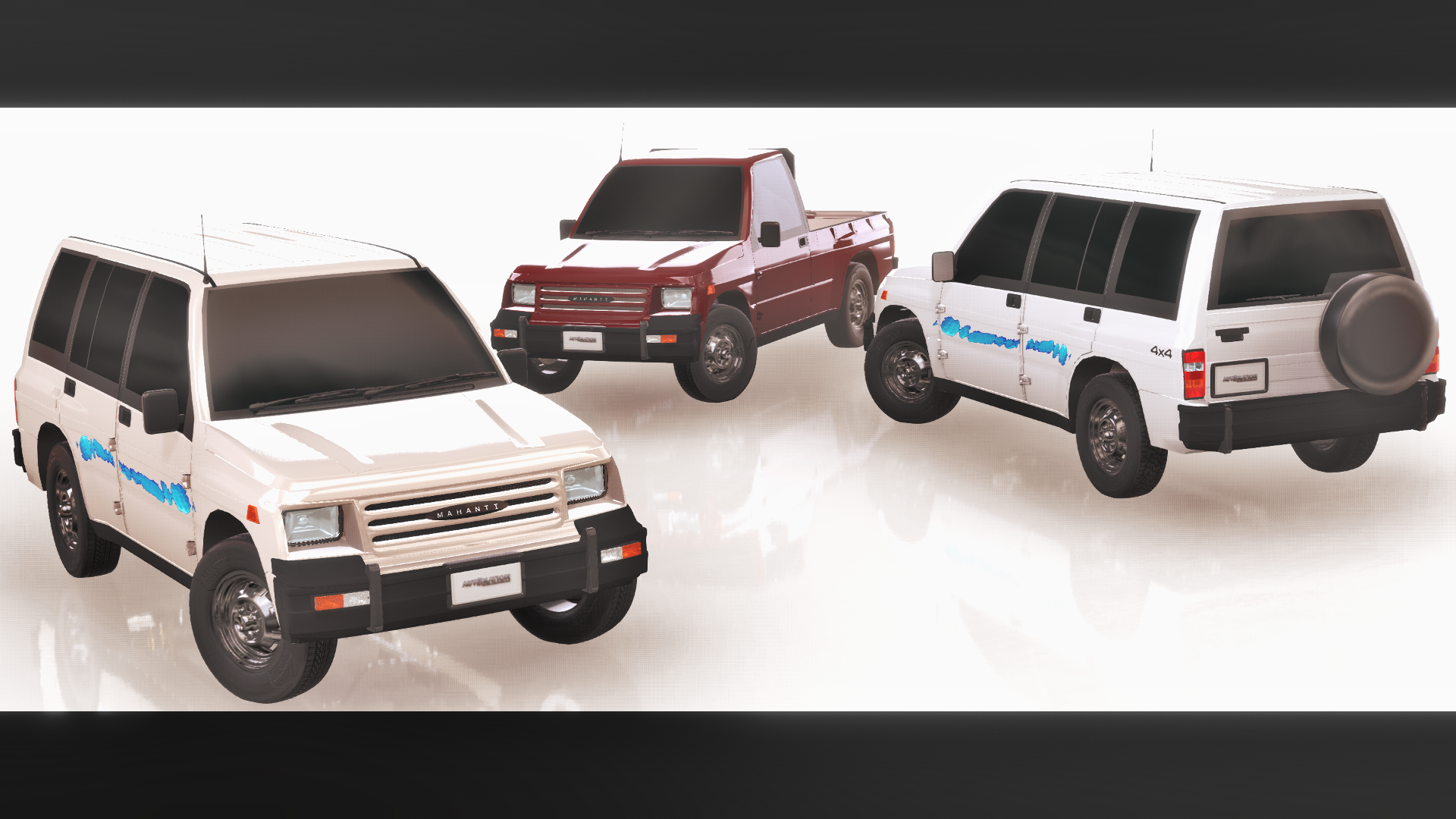 Released in 2002, the Mahanti Bachata would replace the ageing Mahanti Commodore MUV. The Bachata was designed to fit more in an urbanised environment compared to its predecessor, replacing the front leaf springs for coils. Despite this, the Bachata was more than capable of traversing off the beaten track. 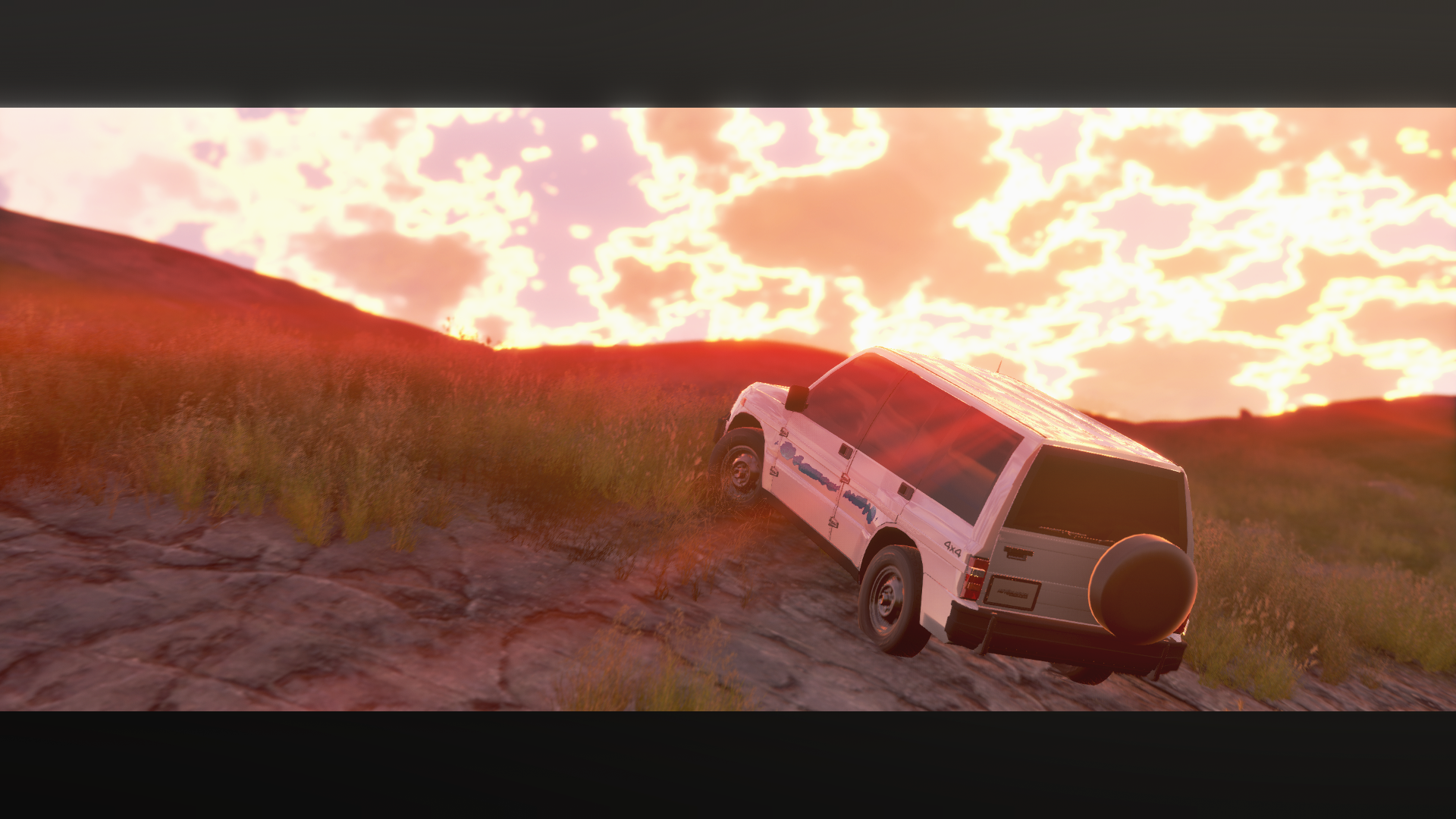 Designed to seat up to 9 people (with the rear jump seats) the Bachata became very popular as a family vehicle. It would be a common sight in the busy city streets all around India. Much like its predecessor, these cars could also be found roaming the countryside and used as makeshift tractors. A PTO would also be offered initially, though this option would be dropped a year later.

Most famously, the Bachata would be the vehicle of choice for the Indian Police Service. The rugged design and spacious cabin made it suitable as a police squad car, and could even be modified for riot police use. 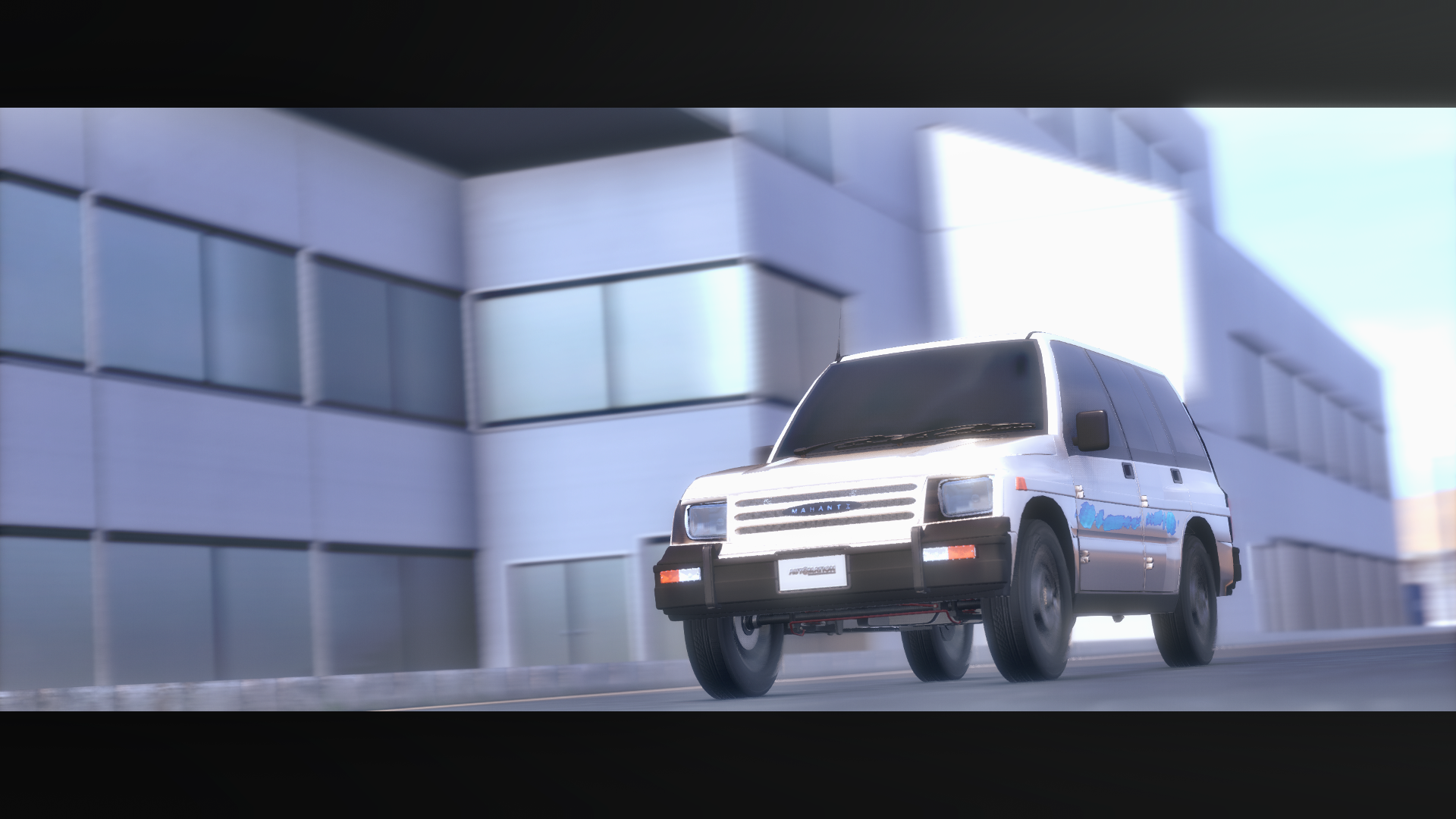 Powered by a license built Merciel 1.8L inline 4, the Bachata would make up to 70hp, however due to emissions regulations, this engine would be replaced by a newly developed 1.5L inline 3. Diesel options were also available. Transmission options were limited to either a 5 speed manual or a 4 speed automatic.

From the factory, the Bachata would be sold as either an MUV or a pickup, though much like other Mahanti vehicles, many custom made body styles were available. 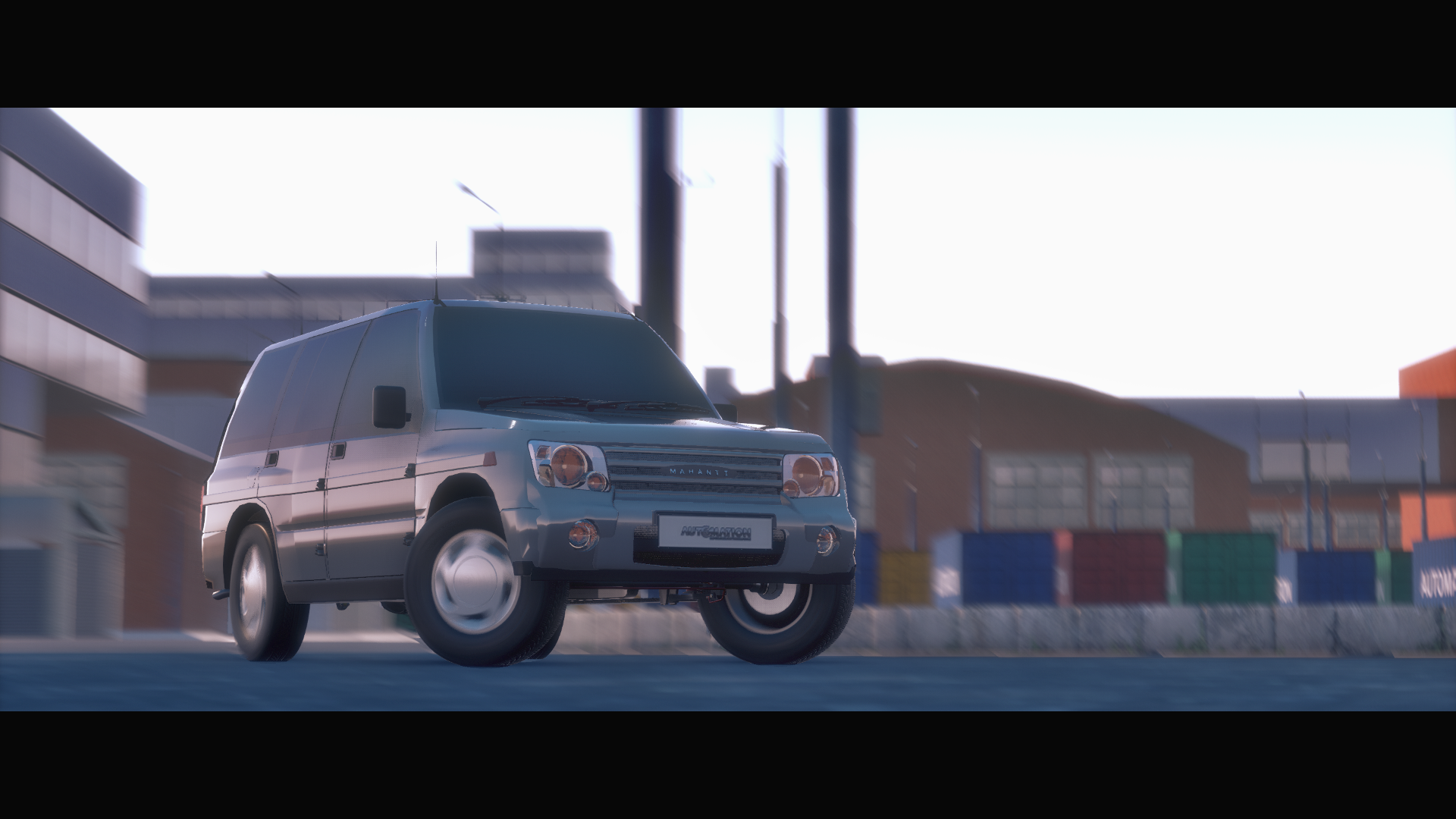 In 2007, the Bachata received a facelift as well as some major safety changes. From 2001-2005, it was found that accidents involving the Bachata were 5 times more likely to be fatal compared to other vehicles. This prompted massive backlash against Mahanti, and a lawsuit against the company was filed. Mahanti would later settle the case out of court. Despite this, the Bachata would continue to sell.

As such, for the 2007 facelift, major were done to improve the safety of the passengers. Thicker steel would be used for the body panels, changes were made to the crumple zones, headrests for the rear seats, as well as side airbags for the driver and passenger. With these changes, the Bachata moved from 1 star to 4 stars in Indian testing (in Global NCAP testing it received 0)

I would be interested in testing an early Bachata in Trafikjournalen, it’s up to you if you want me to do it, but if you would like it, just PM me a car file. 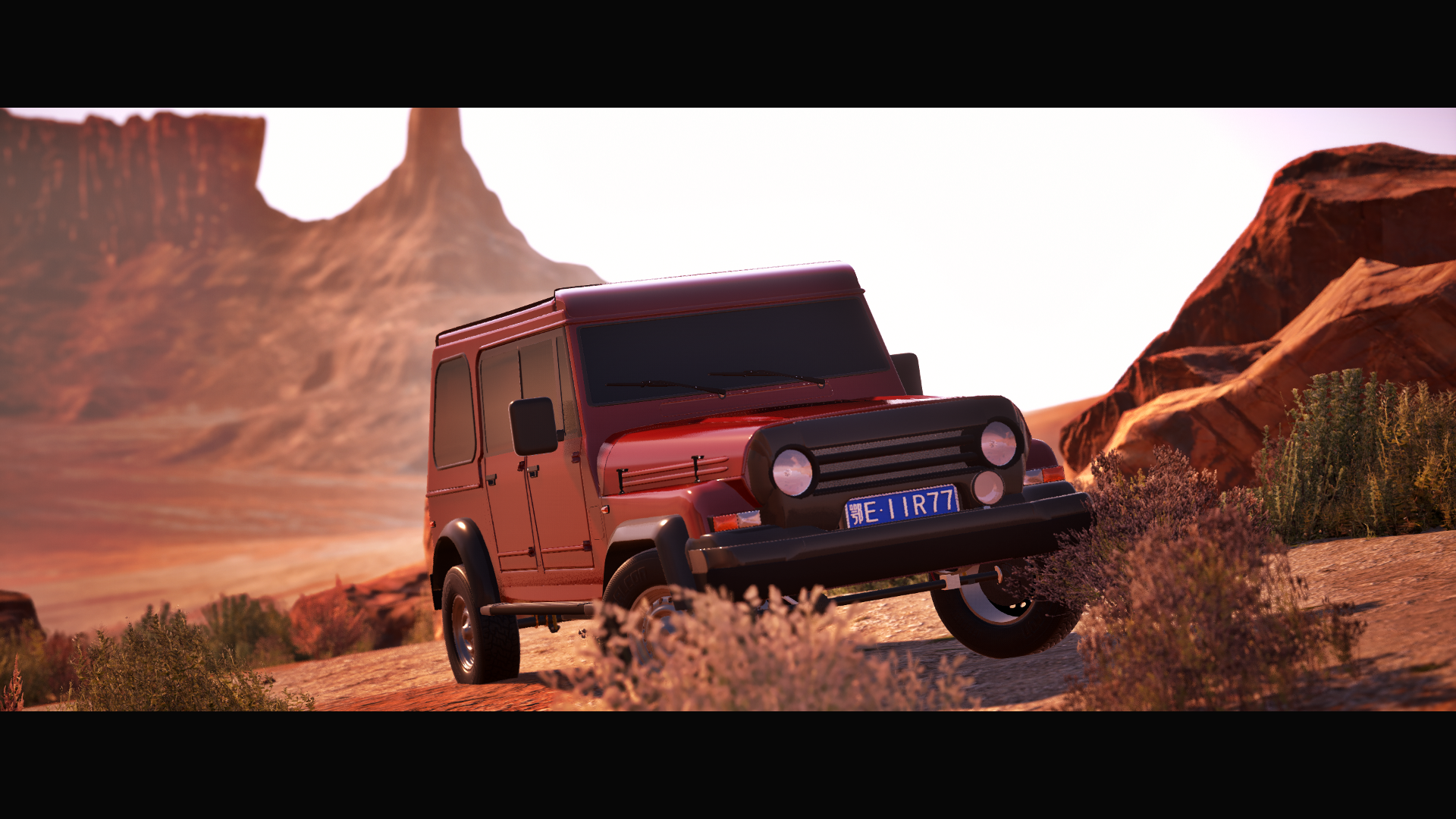 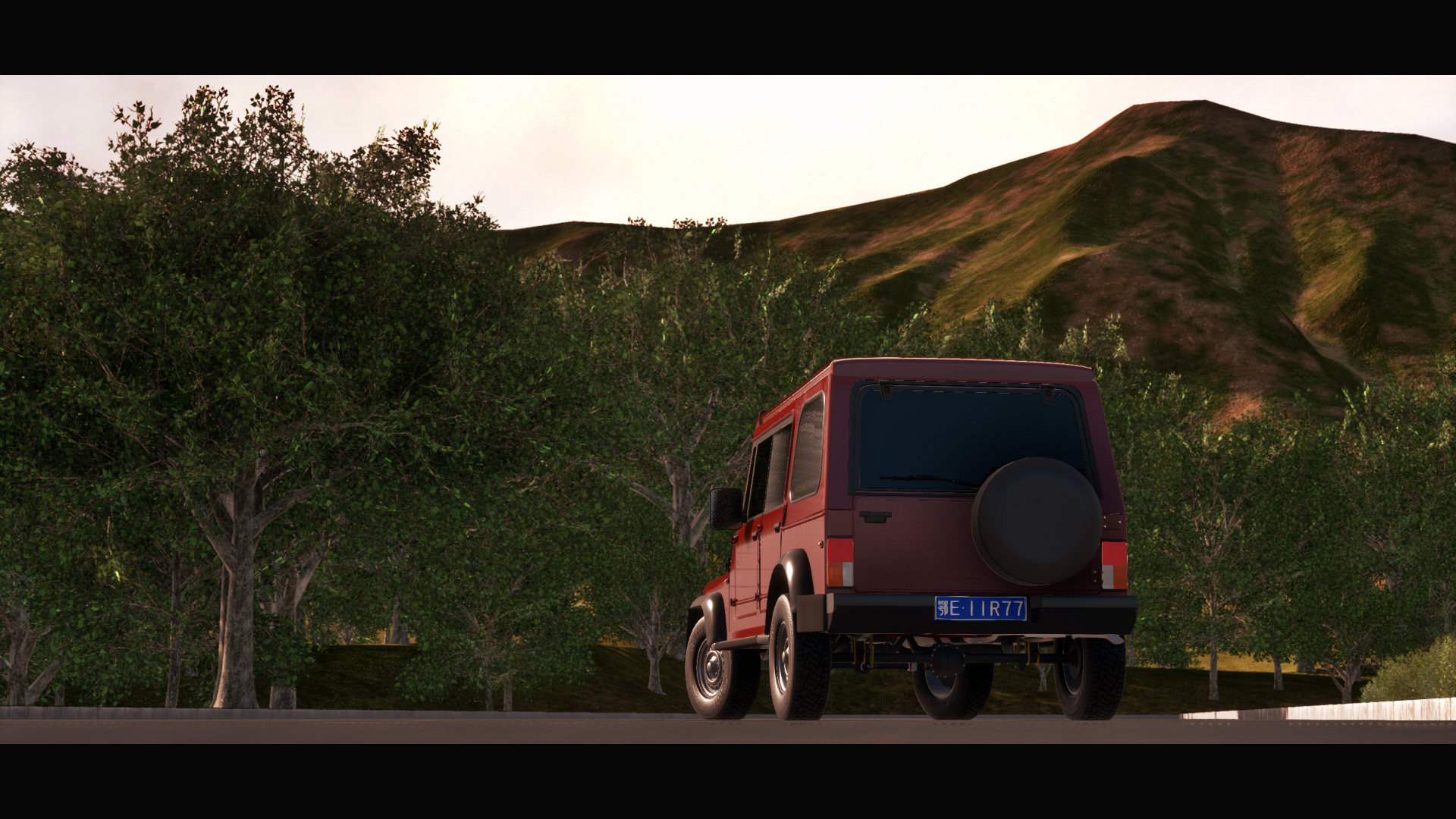 Very little had been changed between the F8 and the new F20. Chassis wise, it was practically the same, though once again, effort was made to improve the rustproofing, and an offroad undertray was now a factory option. 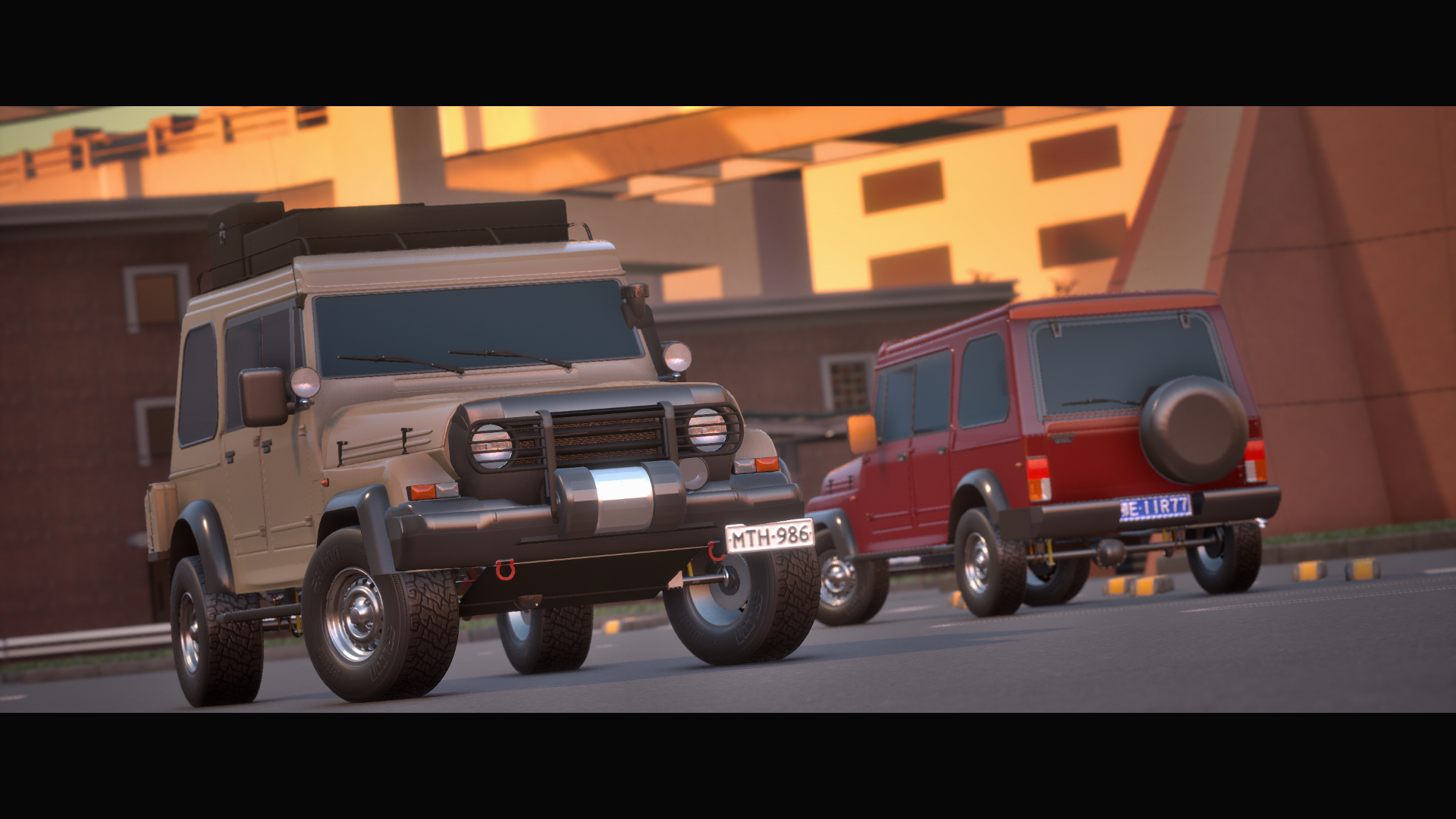 Engine wise, the F20 shared the same engine as the F8, up until 2007 when new emissions regulations would lead the Merciel based i4 to be replaced by a newer Mahanti designed 1.5L i3 turbo, which made around 70hp 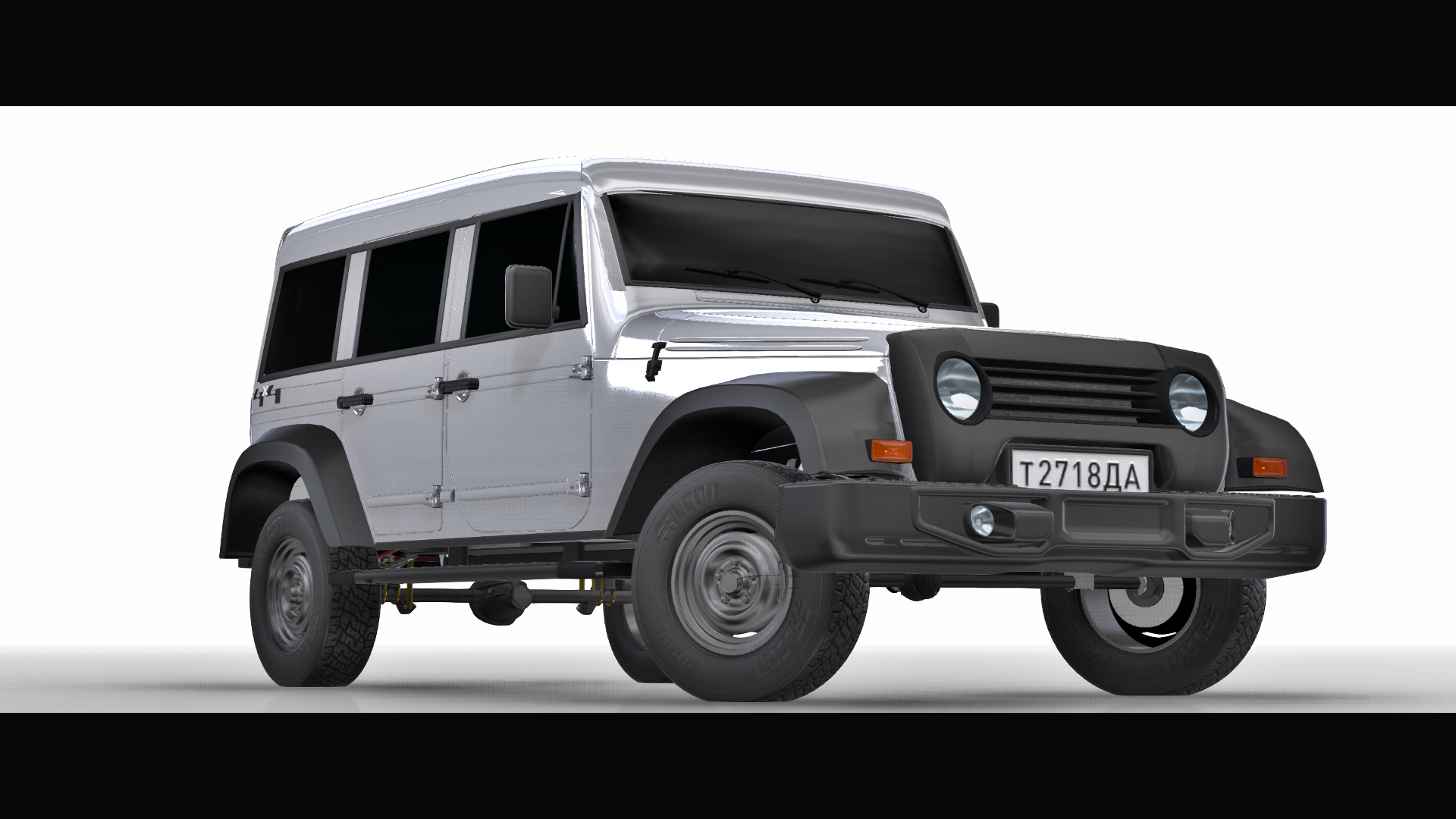 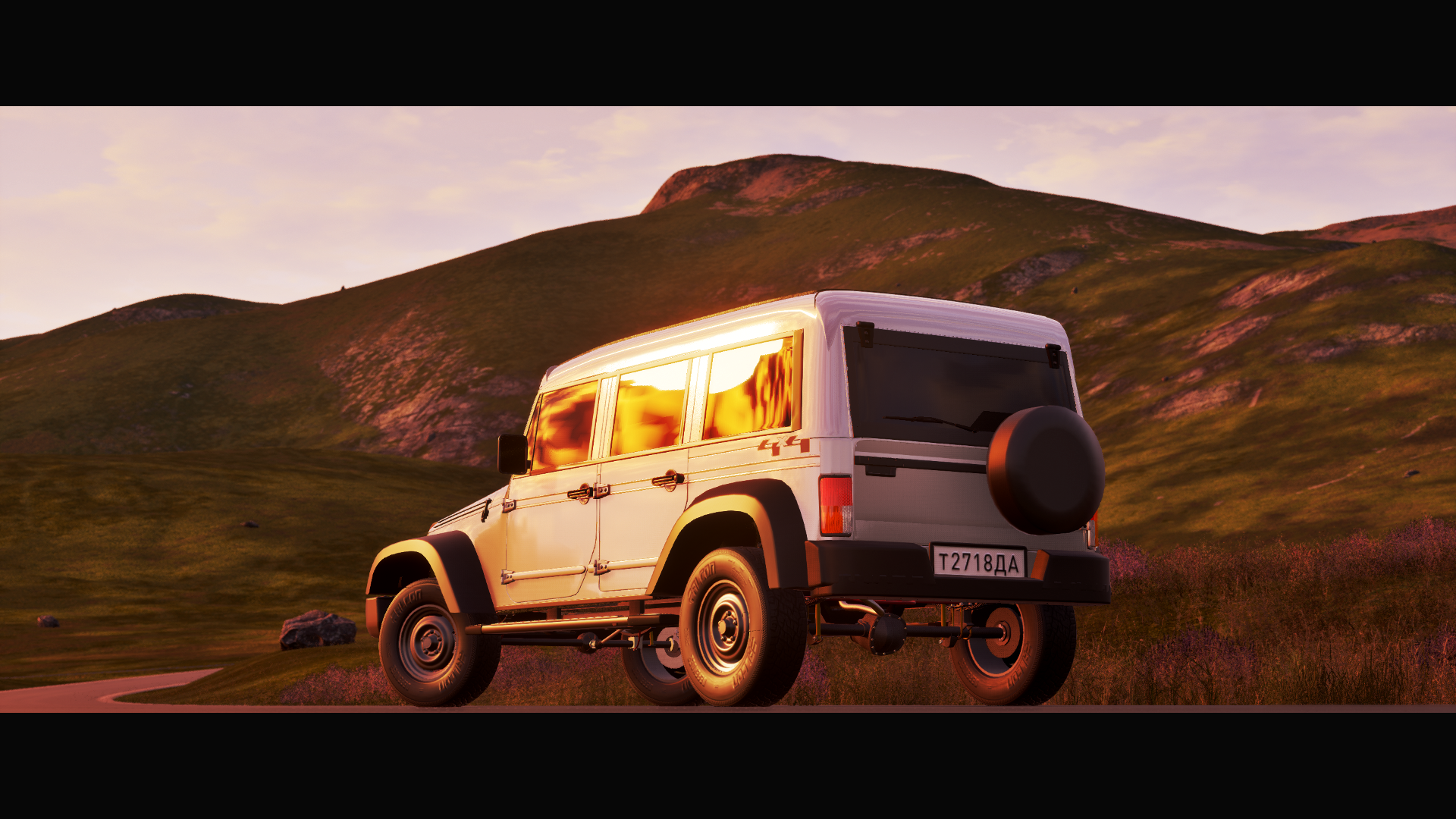 However, while the Capricorn was heavily based on the F20, there were several major changes made to the chassis. Firstly, the Capricorn had improved safety over the old F20. The crumplezones on the front and rear had been redesigned, with the A pillar being strengthened. Side impact airbags were also added. 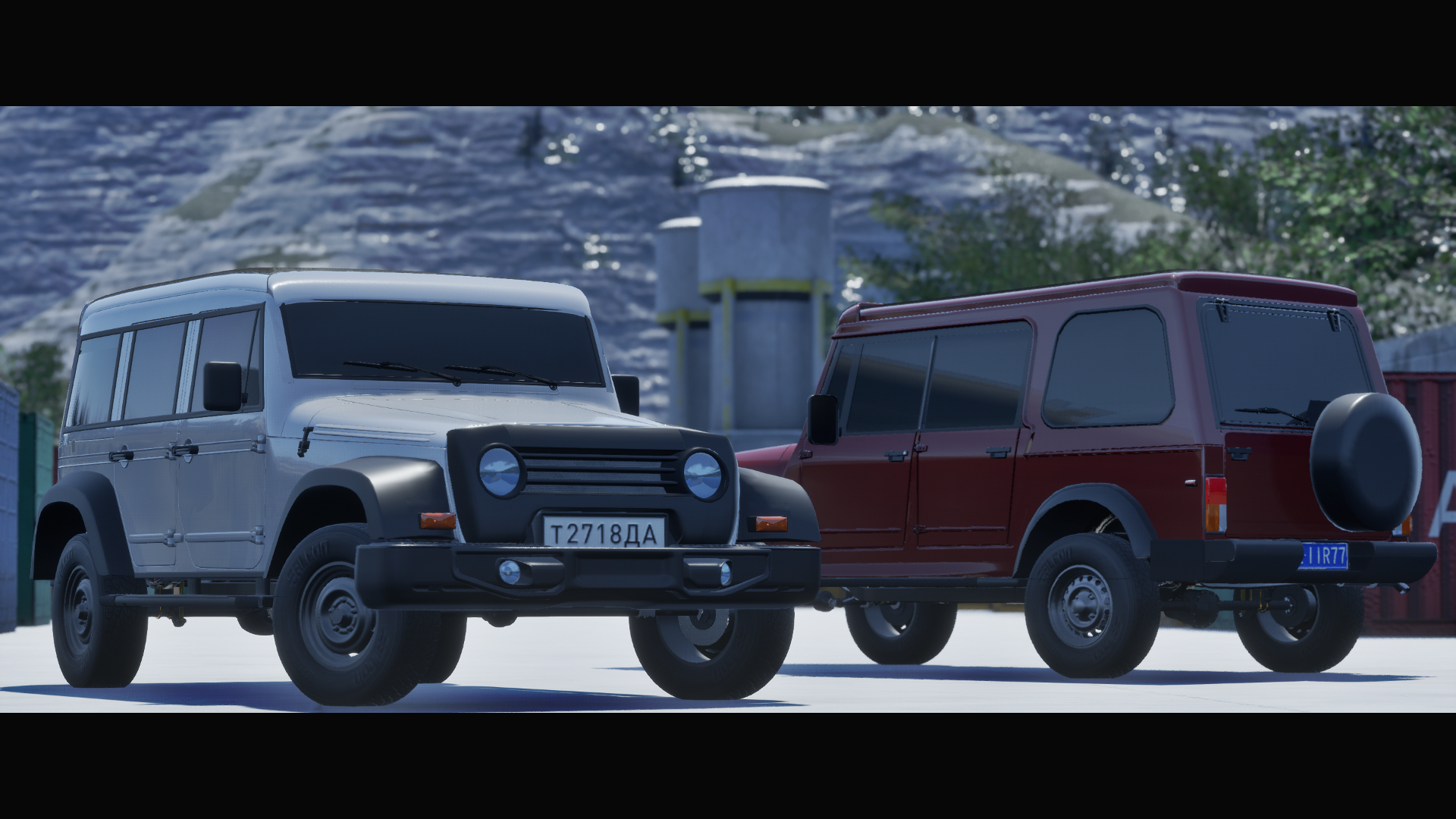 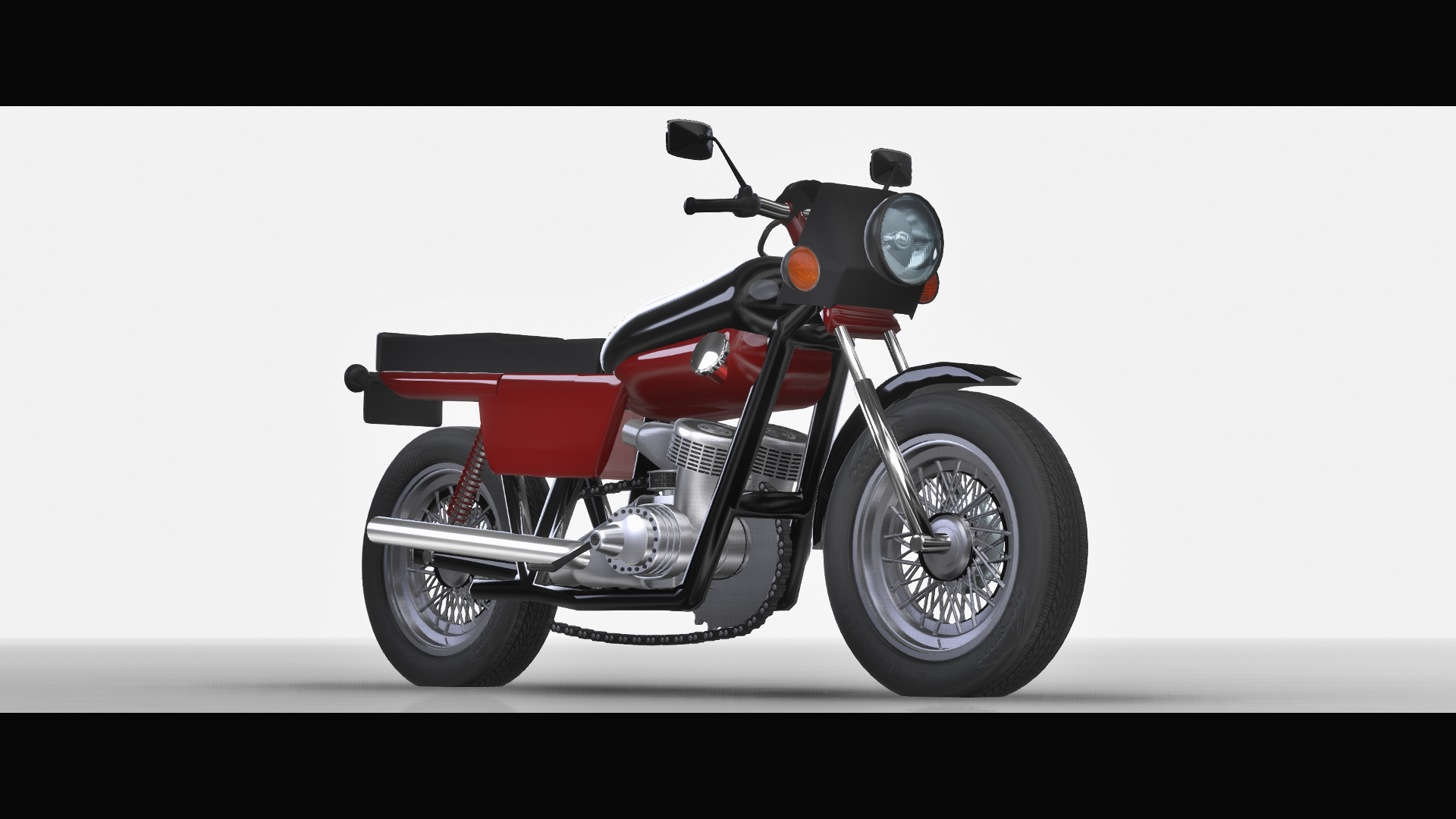 While Mahanti is well known for making trucks and other commercial vehicles, what is less know is the other vehicles that are sold under the Mahanti brand. Like the F1000 motorcycle. 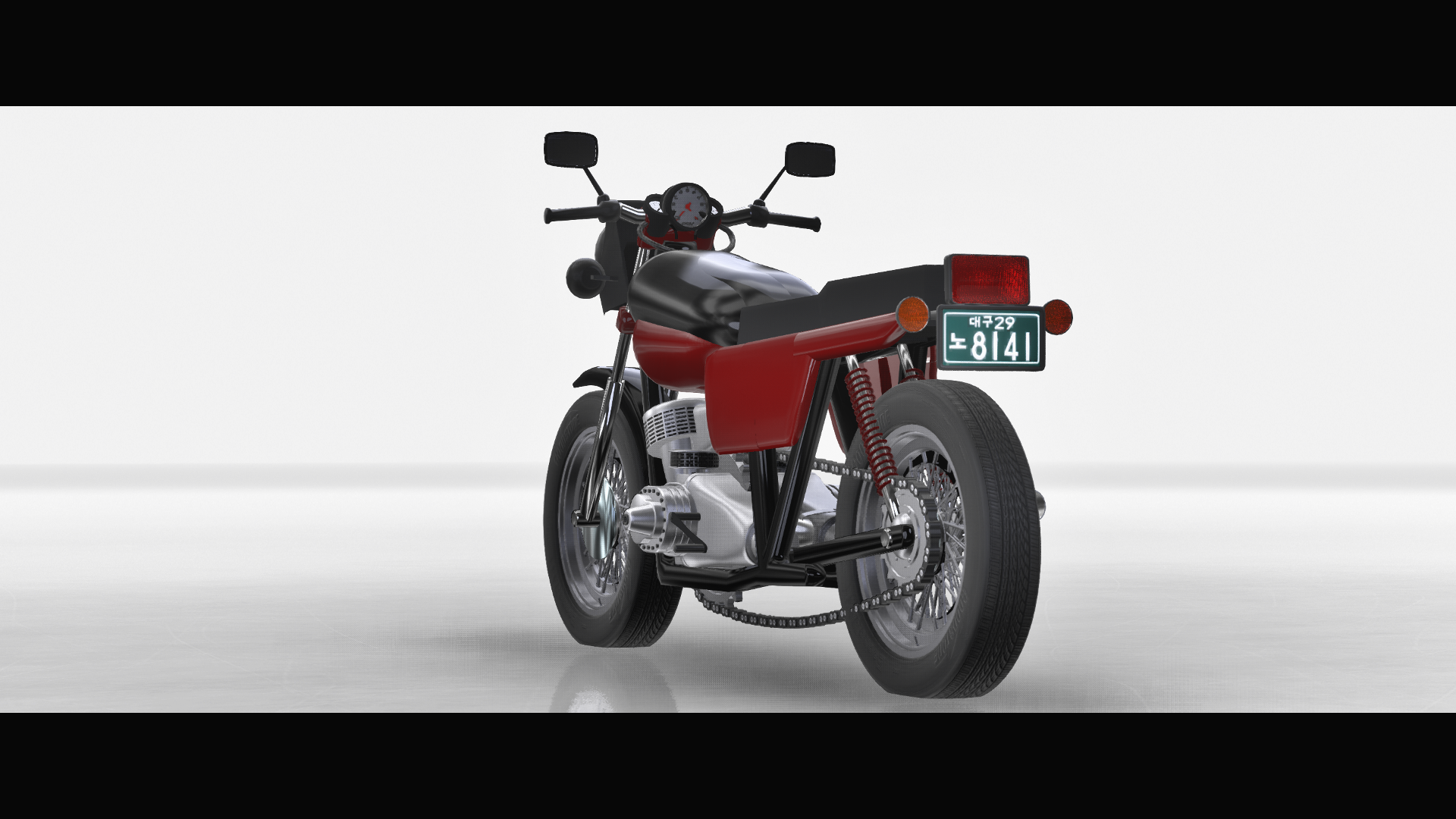 Based on an older design, the F1000 is one of Mahanti’s more popular bikes, so popular, that its still in production to this day. While more commonly seen with a 250 cc single cylinder engine, a 250cc straight-twin was made for a short period of time between 2001 and 2004. 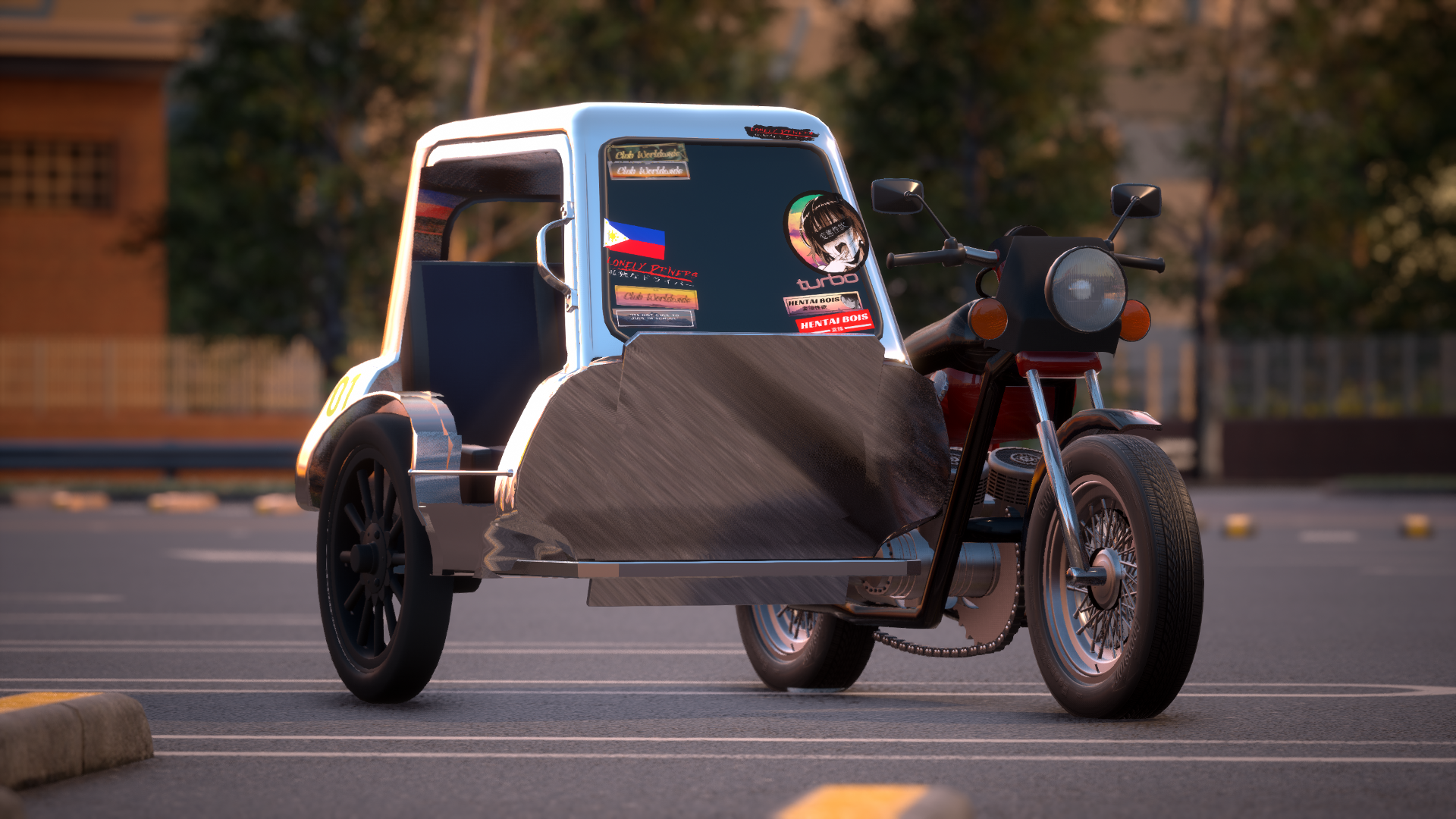 Well liked for their reliability and ease of maintenance, the F1000 would be sold all over South East Asia. Many of them can be seen in the Philippines were they were used as tricycles. 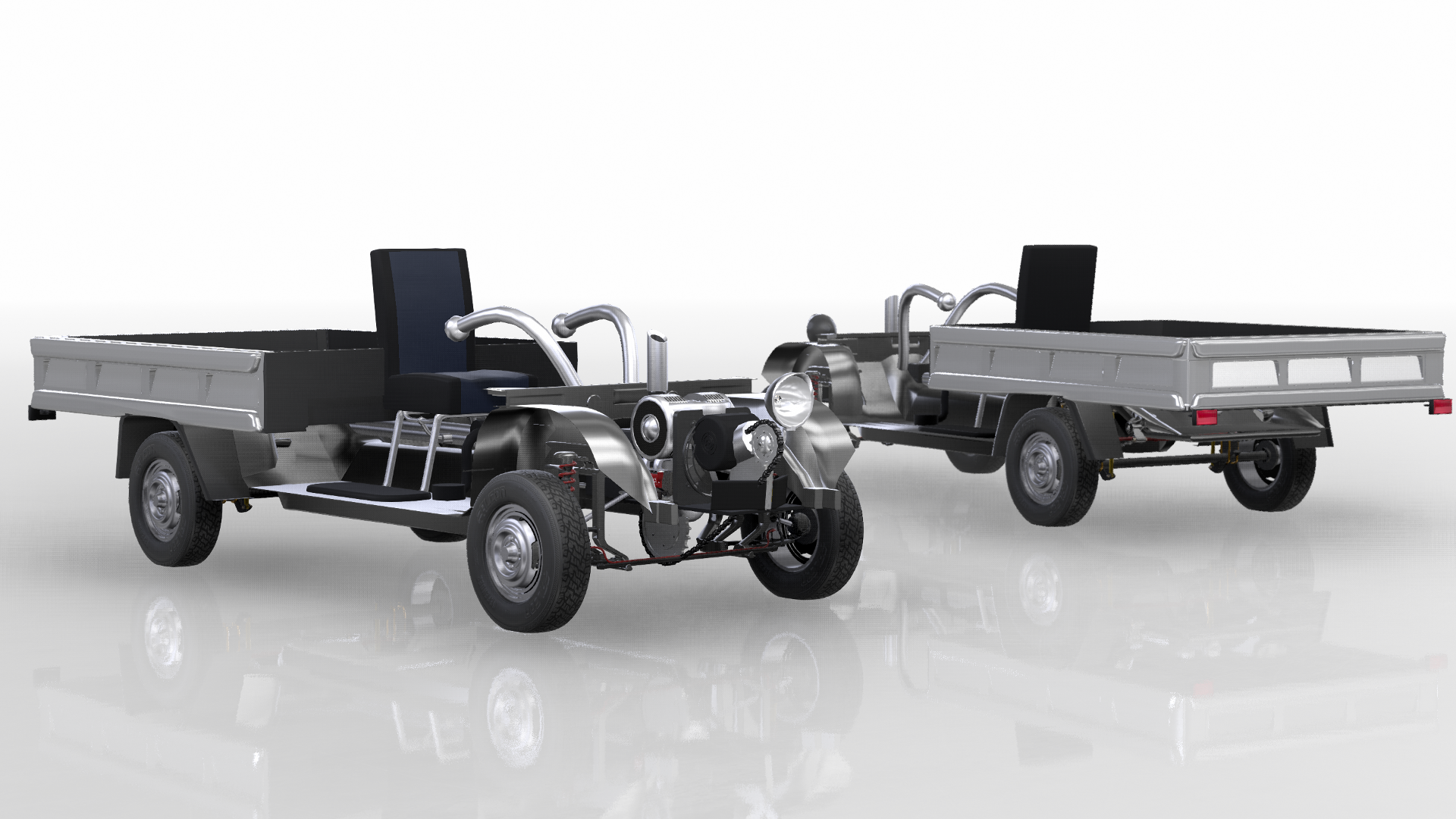 Another one of Mahati’s lesser known products, the tiller. If you’ve lived/been to the countryside in any South East Asian country, India or China, you’ve seen one of these I literally just ripped off Yang. While Mahanti doesn’t exactly sell the tiller with a trailer attached to it, a farmer with basic fabrication skills could probably make one fit. 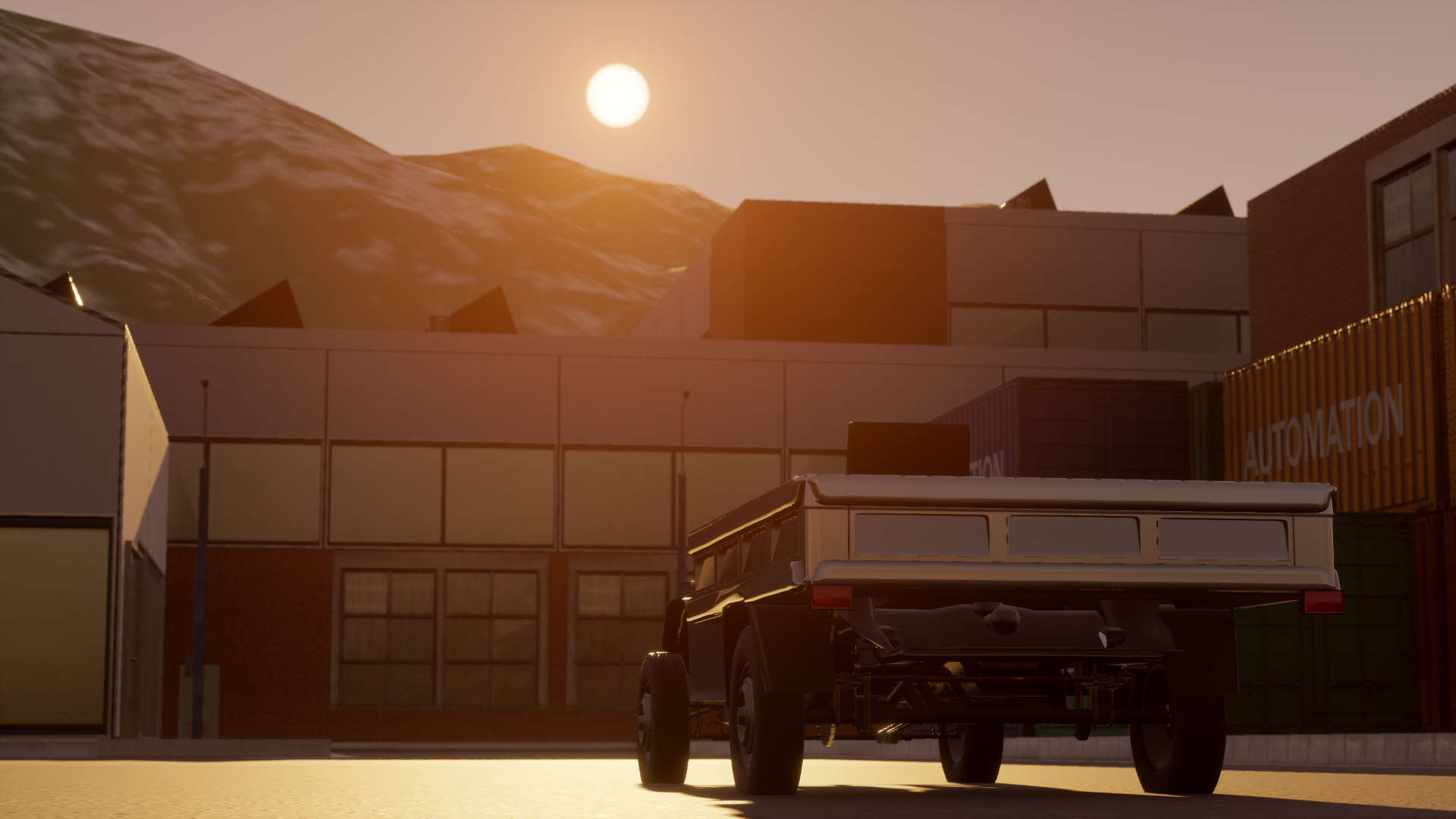 As a cheap way to move farm equipment and/or family around, the tiller trailer is a pretty popular choice for farmers who don’t have much money. Why get another vehicle to move shit around in when you can just hook the tiller up to a trailer. 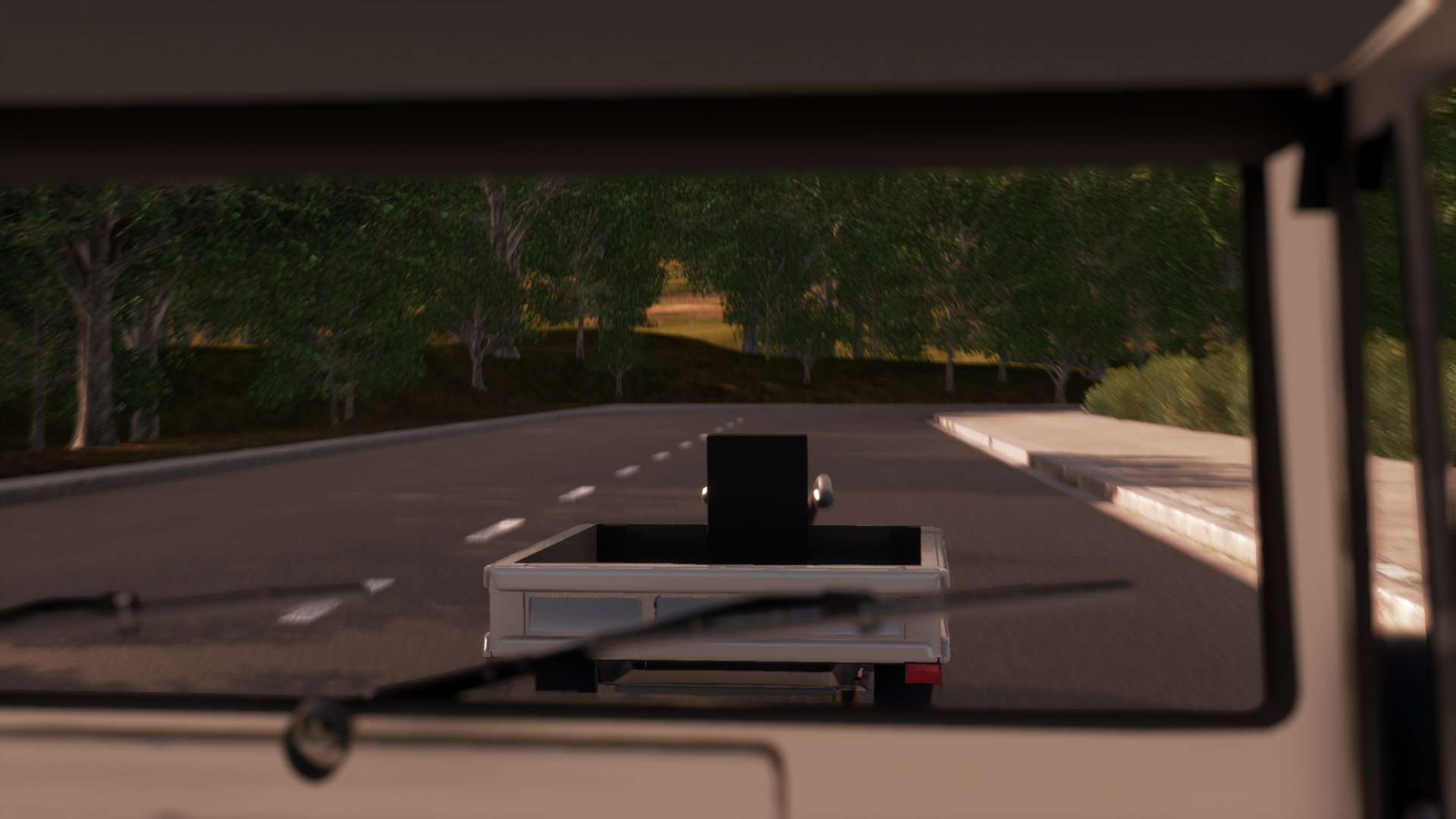 Yeah its slow as fuck…

Engine choices…depend on the tiller being used, though usually its just a single cylinder engine. The one seen above only makes 8hp, so don’t expect to go any faster than 40mph, or climb a hill. Though unlike a carabao, horse etc, the tiller doesnt shit all over the road, or need constant feeding (constant fuelling…maybe required)