There is a really weird and annoying texture/fixture bug that I encountered.

This happened after I finished working on a car. What happened is that, the body/paint texture covers the grilles and rear number plate on my car. It happens in the car designer and when exporting to Beam.

When I go into the Beam export screen, this bug will randomly choose which grille fixture to mess up. If I go in and out of the Beam export screen, it changes the bug. I managed to finally get lucky and get the grilles to show properly, but the rear number plate on the car stays hidden. This bug also carries over into Beam. So far I have only had this happen on one car, the 1975 coupe (Porsche 911 slant nose look-a-like).

Here are some photos to show what I’m talking about:

In this photo you can see that the top grille and number plate has been covered by the body and paint: 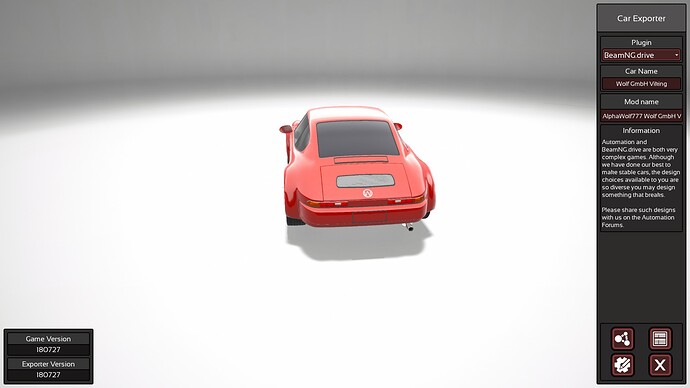 It happens in the designer as well: 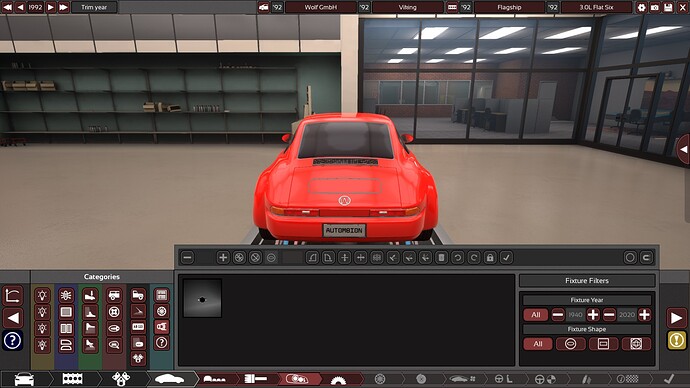 Here it happens again after exiting the exporter and coming back in: 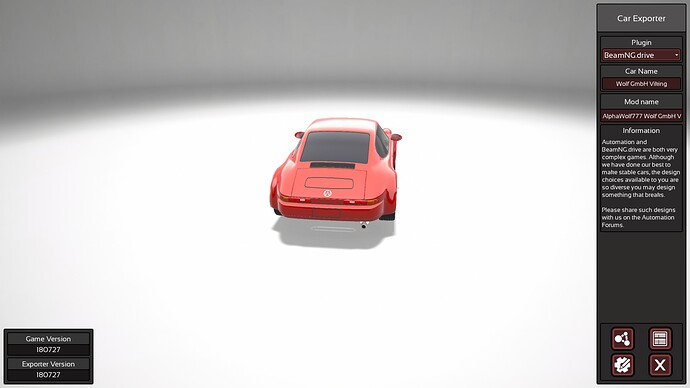 Here it is in photo mode: 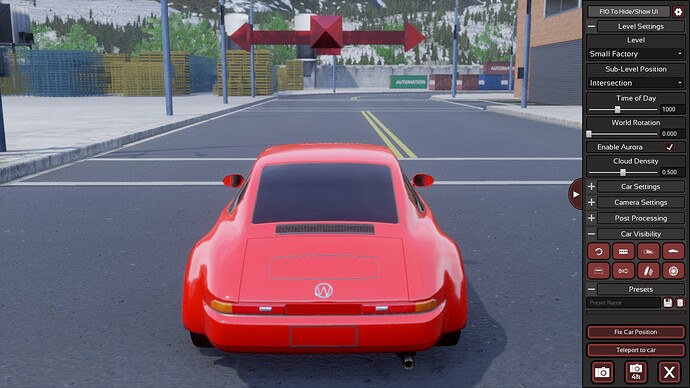 And it shows up in Beam NG as well. In this photo you can see how the grille and number plate are not showing properly: 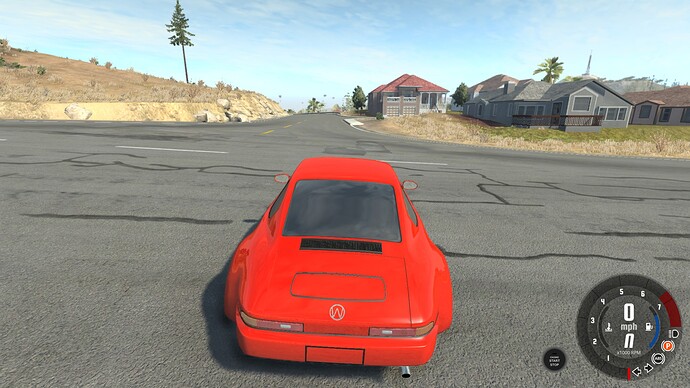 This bug is really irritating and hurts some of my enjoyment of the game. If you are able to fix this I would really appreciate it. Thank you for looking.

A Few Bugs To Report Support

Hello, I noticed 3 bugs in the game. Bug #1: The car body/paint frequently covers the openings of grilles and number plates in Automation and BeamNG. I’ve noticed that this only starts happening after I finish my car and I’m at the summary page. However, also when I go to the screen to export to BeamNG, and photo mode; this bug actually gets worse; because then the game randomly glitches with the car body covering the grilles and number plate. If I use the option “Bring it forward” in the fixt…

Was there any need to report this for a third time?

May I add there hasn’t been an update since you’ve reported it as well. These things take time to fix

Also, when reporting car body bugs, it helps the devs if you post the name of the body that pops up when you have your mouse over the thumbnail →

May I add there hasn’t been an update since you’ve reported it as well. These things take time to fix

Also, when reporting car body bugs, it helps the devs if you post the name of the body that pops up when you have your mouse over the thumbnail →

Okay, I’m just frustrated with it because I spent so much time on that car, and was so excited about it until I got the bug.

Thanks for putting the body name here.