Man and Machine was started by Mr. Bell End back in 1997. Since then they've reviewed basically ever performance-oriented car that has ever graced existence.

•Car must be performance-oriented

•You must give some basic information about the car. Name, country of origin, .car file and proposed sale price in GBP are all required

•You must submit a car, shitposts and meme cars are not allowed

I will be judging these in a Top-gear-esque manner.

I will be writing a sample article tomorrow, it’s late now, cheers.

Does that refer to the trim year or the model year? If it’s the former, then facelifts of older (pre-2017) cars will be accepted.

That refers to the trim year.

Let me talk you through the basic recipe for a CR P. It should have 5 seats for businessmen in the middle, the ability to rival sports cars in the sprint to 60 and a monstrously powerful engine at the front. 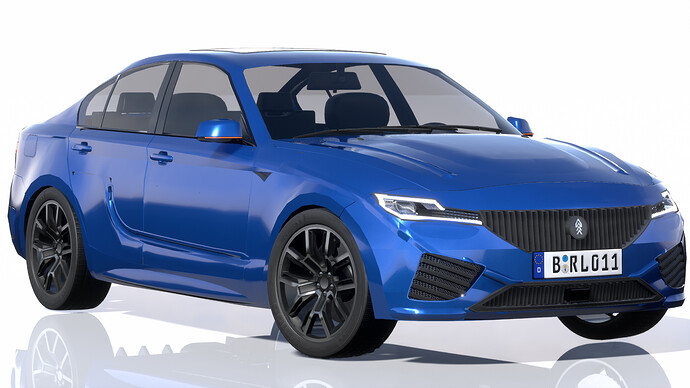 Recanna says that this one is the fastest and most powerful yet, but I'm not going to take their word for that.

Right, so traction control off, gearbox in sport, engine in dynamic, right hand on the paddle, left foot on the brake, right foot on the throttle. Here we go...

So, as you can see, the new CR P is indeed extremely fast... But has the basic fast Recanna recipe been ruined?

Well it has turbocharging, the first ever CR P to do so, and instead of a twin-clutch gearbox, it has a regular old 8-speed auto.

The soundtrack is also a bit muted, and when I put the gearbox in sport mode, the shifts are so sharp that I actually jolt when I change gears.

But apart from that, it's properly good. I mean the auto gearbox in this must change gears slower than if it were a twin clutch, but I can't feel it. And surely, there must be turbo lag, but I can't feel that either. The throttle response is positive and instant.

But don't think that this is just some lazy muscle car that is only good in a straight line. Recanna have fitted the new CR P with adaptive suspension and AWD. Now, this may seem like the CR P has lost a bit of its lunacy, but it really hasn't. If you don't fancy it, you can actually turn off the AWD system, drive in rear drive only, behave like a complete yobbo! This car really is like a missile. Aim where you want to go and then BAM.

That said, it's not without its faults. The styling, for example, is a bit iffy. The armrest doesn't lock in place, so when you put your foot down, it shoots backwards. It's not particularly comfortable either, the seats are too hard and the suspension is crashy and bumpy. This then, really is a thoroughbred super saloon.

However, this car's biggest drawback isn't the questionable design decisions or hard suspension, it's the price. This car, without any options costs over £90,000. And for that price, you'd probably be better off with an M5, or an RS6.

The newest CR P received a measly 7/10 rating on Mr. Cooper's review. It's not as comfortable or as cheap as the competitors, however it is extremely fast, faster than any other car in its class.

Will there be crepes