The Mátra car factory was founded in 1965 under the socialist government. Its first models, the B series, were presented in the early eighties. The models were initially equipped with three-cylinder engines, later the more advanced versions were made with four-cylinder engines. Series B is the oldest of all, as they have continued to this day. The goal of Mátra was to provide the middle class and the upper class with sporty and comfortable vehicles. Since Western cars were not yet available at that time, they were very popular. It was the only manufacturer that did not sell its cars through the Merkúr car dealership, but instead you could order a vehicle directly from the factory. At that time, such a car could cost up to HUF 100,000. Mátra also designed and manufactured station wagons under the name Karaván. Also, the L95 all-terrain vehicles intended for the national defense. The all-terrain vehicle was also available to civilians, but it was difficult to get hold of, and you could only get hold of these models second-hand. The factory has been privately owned since its foundation. It is a big rival of the Raab car company.

I’ll be back soon with pictures and more stories. 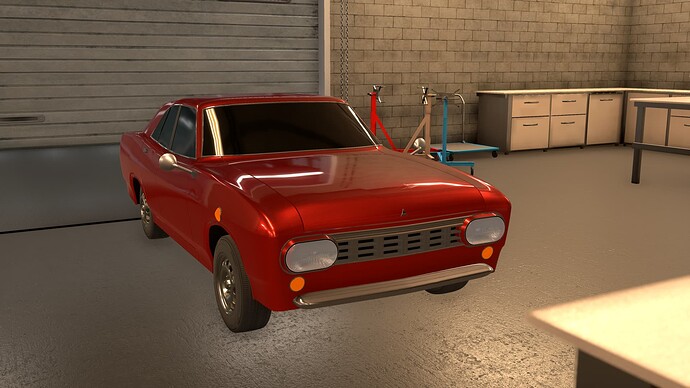 The first model was launched in 1966. The first three-cylinder engines proved to be sufficient mainly for urban use. The manufacturer produced nearly a thousand units of this model. The success of the B1 was only due to the fact that it was much cheaper than its competitors, and it did not have to wait ten years. Its power is diminished compared to Ladas or other big brands. But it was completely acceptable to the average person, so it served the working class perfectly. Thanks to the simplicity of the engine, it could be repaired on the side of the road with a wrench. However, these engines proved to be very unreliable after 10 years of use. The camshaft often cracked, and the crankshaft was prone to rapid wear due to poor oil lubrication. The last model ran out in 1969. Because its successor turned out to be much more modern. The interior of the vehicle is very simple and inexpensive. It had neither ABS nor power steering. Few of them remain today, as time has destroyed these cars.