Design an engine designed for maximum power. Only one rule: It MUST be able to make at least one run up the drag strip, so no 0 MTBFs please.

Remember, 0 MTBF doesn’t count. It’s no good if it doesn’t get past the pit entrance!
The Monster turboRev0.lua (72 KB)

WTF how can everyone get more than me LOL xD

I managed to get well…3084bhp here are the stats

I’ve tuned the monster some more…
The Monster turboRev1.lua (73.4 KB)

I know I would love to Quad turbo that beast of an engine…and then really crank the boost up to 6 Bar and let it ROAR! could you imagine how much power that would be if I had 6 Bar boost, 4 Turbo Chargers and DevMeth…I guess somewhere approaching 6000bhp to 9000bhp+

And “Ultra Heavy Duty” bits for the bottom end. 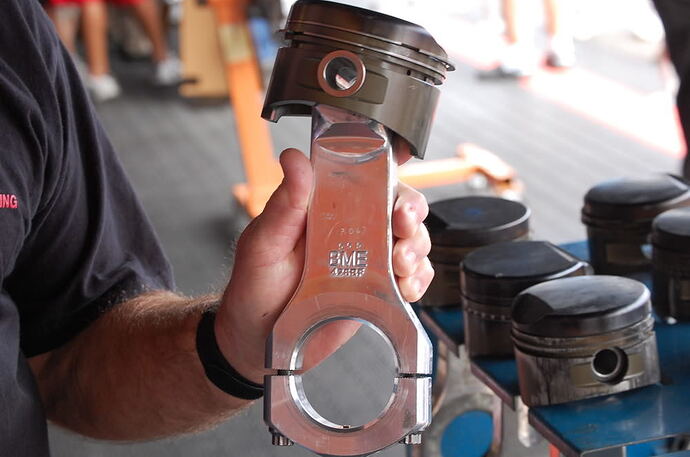 DAFFY add this please to the game ultra heavy duty conrods and pistons!

that one wouldn’t rev very high

I just did some sums and this engine is right on that 250kw/L limit well, im at 249.7kw/lL so maybe there’s a few more horses to gain yet

I managed a 2999 bhp engine which ran, but when I changed something, it died.
I couldn’t for the life of me figure out how to get back to 2999