Maximum power from an Inline 4

This is my simple challenge to you:
Create the most powerful Inline four ever made!
No restrictions here; go mad with the quality slider. Oh, and don’t forget to change the date to 2020

I seriously wonder how it’s possible for just 4 pistons + etc to bear the load of 1420 pounds of torque, no matter what they’re made of.
Technology is a beautiful thing is suppose.

Here’s my attempt below. 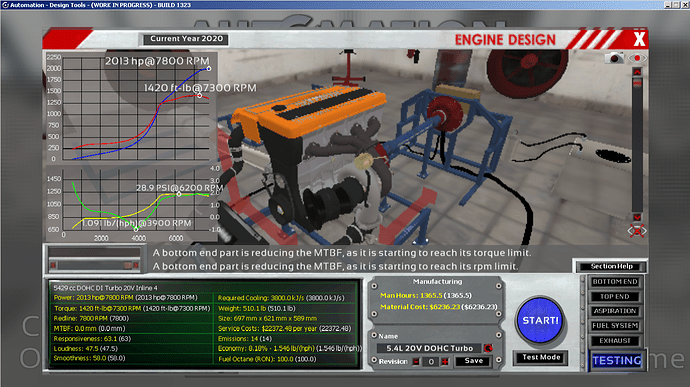 Well sir, i haven’t managed to beat you, but i have managed to equal you.

Unless you or someone else can beat this, I do believe we’ve reached the limit to what the 4 banger can put out. 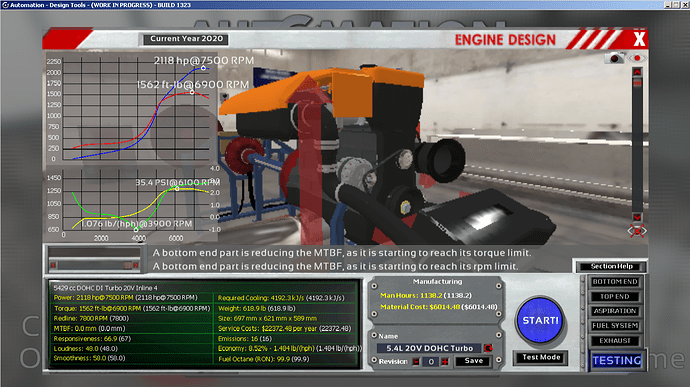 On N/A engines you can sometimes get more power with narrower exhaust, is that not the case with turbo engines?

On N/A engines you can sometimes get more power with narrower exhaust, is that not the case with turbo engines?

Nope, narrow exhausts make back pressure which is a n/a’s best friend, but is kryptonite to boosted motors.

Then, why do you have 2 mufflers on the engine? Straight exhaust, let it ROAR!!

Well, in 2020, the straight-through mufflers have no impact on power at all (there was a time where due to a bug the mufflers ADDED power)

As it turns out, that bug is still crawling, because there are a lot of examples where mufflers still add power.

That one is not a bug. In this particular case, the mufflers restrict the airflow, acting like lowering the exhaust diameter a little bit, which, in this case, improves the engine’s performance. 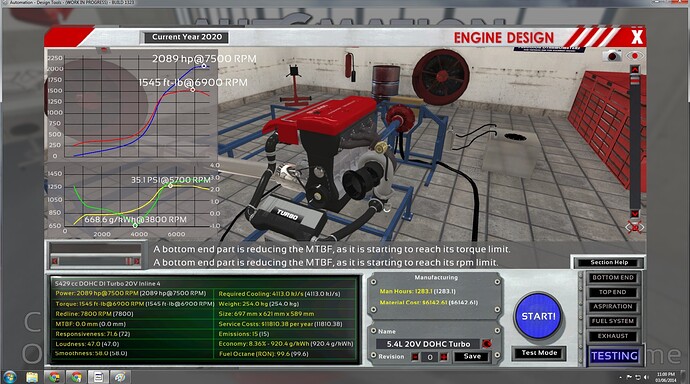 here’s how you get 5-10 more HP out of any 4 cylinder engine.
edit your platform on which you’ve put the engine into
FWD or RWD or AWD, doesnt matter.
find the biggest, abnoxious wing you can find and slap it on the back of your car.
(it’ll look tacky at first, don’t worry chicks dig it.)
slap as many JDM stickers on your bumper, hood, lip, pretty much anywhere you can.
At least that’s how I see it done when I go out driving.
HA HA

You guys pretty much set the limit for the 4-bangers. great work guys. The inline 4 is my favorite engine, you guys just made it better by squeezing out 2k+ HP out of 4 cylinders. good on ya.