Nice to see see you again!
I’ve decided to write again in my first section here to show you some relevant replicas and modern or historical prototypes or fictional production cars.

The base 1.6 is a slug and should be avoided. The 1.8, on the other hand, gives it the grunt it needs to become a legitimate sports car, and a true object of desire.

It should be the other way around, and I suspect it is just by looking at the bare chassis.

A few things I would like to point out: 24v makes sense for a V6, but the screenshot shows a V8, so it must be a 32v unit since three-valve heads can’t be combined with DOHC valvetrains. Also, aluminum/silicon alloy is preferable to pure aluminum in this day and age. Finally, since the game does not support diesel, I’m assuming you tuned the engine to simulate a diesel-like powerband - but on what type of petrol exactly? I’m guessing either regular (91RON) or premium (95RON) unleaded.

As for the optional engine in the ST8, an SUV like the G50 wouldn’t be the only place in which it belongs; it would also be a fitting choice for a sports sedan or a grand tourer, for example. And the 650-horsepower version you hinted at would be more potent still - if it were slotted into the engine bay of a more fitting machine, such as an actual supercar.

_After the SUV G30 and G50 attempt, MCF decided to go back to its sporty roots, presenting a brand new coupé with a good power / weight ratio, without necessarily put a forced-inducted V8 with over 600 hp. In facts the new Serie-C is offered with two engine displacement, and the most powerful of the two is a 6 cylinders in-line engine, naturally aspired. Handling was the center of the project, and so, the aim was to keep the weight under 1300 kg, while the Cd had to be kept under 0,32, in order, of course, to reduce at the minum possible, the resistance. As said before, the most powerful engine is an in-line 6, but don’t think the smaller one isn’t as exciting as this last one, because, although it’s a 4 cylinders engine, there are a few particulars that makes this engine a really interesting one… 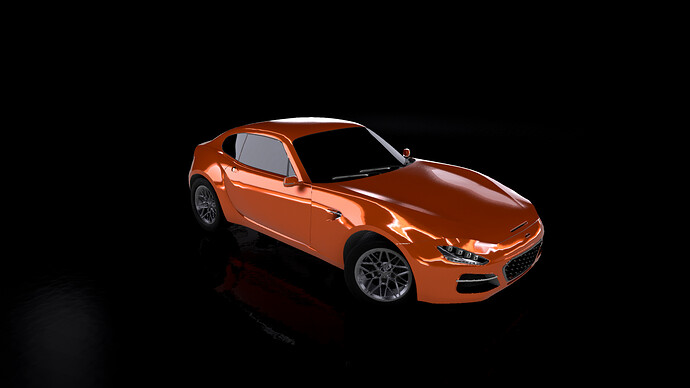 Nowadays 4 cylinders engine, thanks also complicated twinchargers systems can reach great amount of horsepower, so much high that only 15 years ago, (which is - howerver - a big technological gap) neither a series production 6 cylinders engine could reach. That is the visible effect of how powerful, but also controversial, is downsizing. This means, obviuosly if this trend keeps going, that V12 and V10 displacements will disappear, in favour of smaller and high-supercharged V8 and V6, which can guarantee a same or major amount of hp. MCF thought about that, and decided to reach a compromise by choosing for a 2486 cc (91,5 x 94,5 mm) DOHC, 4 cylinders, biturbo boxer engine. This means that each bank, which is composed by 2 cylinders, has a turbo, and the hole engine is able to output 280 hp at 6800 rpm, and 367 Nm of torque at 4500 rpm. This system allows the car to offer yet the 50% of the torque at only 1500 rpm, which means a great acceleration at low revs. The two turbos are set in order two work greately also under 3500 rpm, when comes the shot and power and torque start to reach the apex, continuing to offer very good performances until 7400 rpm, when comes the rev limiter. 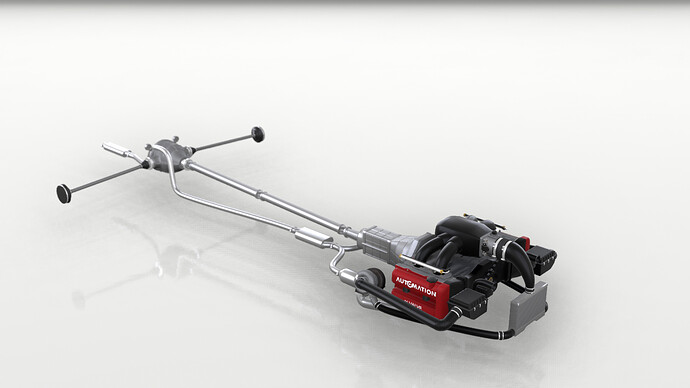 For the frame and body side the most advanced materials and technology were used: we can find carbon fibre for the monocoque chassis and a front double wishbone suspension at the front and a rear multilink system. The clear sporty DNA of the car can be made quiter by the complex ANIMA Drive Set ®. Thanks to this, drivers can choose from different type of drive modes, from the standard one to the most dynamic, which influences engine response, the 7-speed double clutch gearbox, and the suspensions. 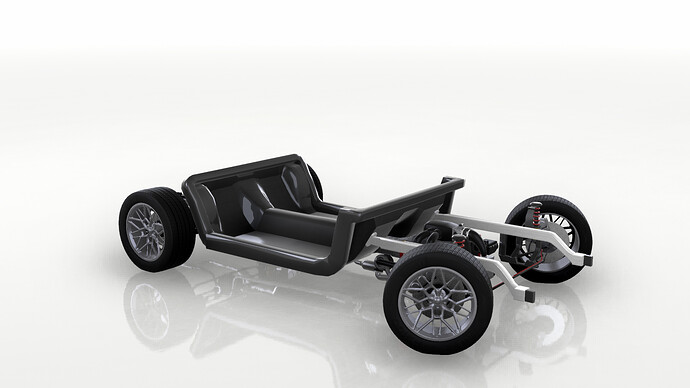 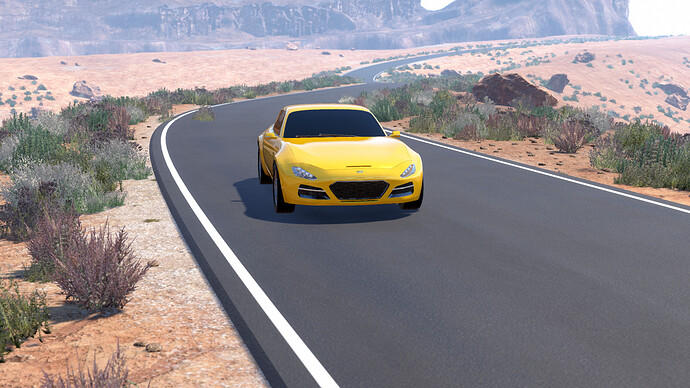 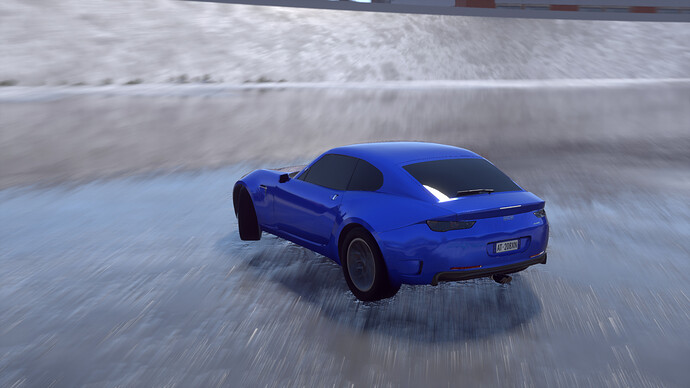 The weight is contained in only 1161 kg, thanks to the materials used for the chassis and the body which allowed not to sacrify some comforts that almost every car has today.
This means that a 0-100 in 4,4 s and 263 kph car is capable to offer also some luxuries, which is, in a way, accentuated by a reasonable wheel diameter: 18".
The surprising dynamic abilities are proved by a 1:22:09 in the Airfield circuit, just 0,2 seconds under the 2005 Ford GT.
But if you are not interested in that few luxuries, MCF has also thought for you, because the C40 R is even more sport-oriented… 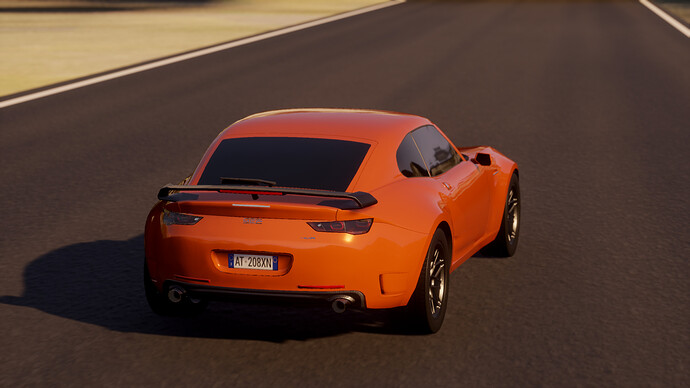 It’s rather strange to find in the market a naturally-aspired straight-six, and even more to find a 3997 cc (94 x 96 mm). When speeding in a secondary road, the C40 R will be easily recognizable by its hig-revving engine, setting off 370 hp at 7600 rpm and 406 Nm at 5100 rpm. The power curve is pretty smooth and uniform, feeling a regularly and powerful flow of hp and torque, constantly high without sudden pikes typical of huge huge-turbocharged engine. 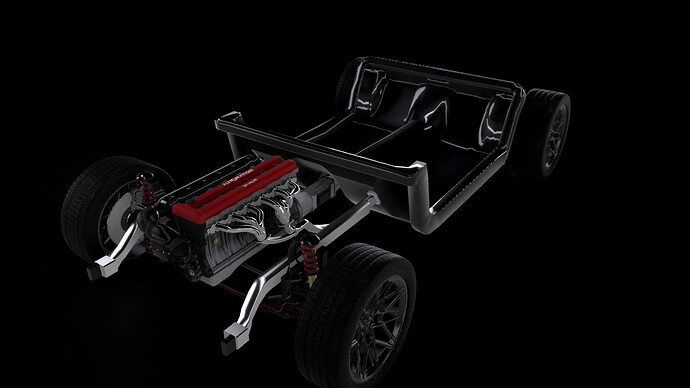 Instead of a more traditional front engine + rear wheel drive configuration, the C40 R uses an AWD system, allowing this little beast to complete 0-100 in only 3"4 seconds, reaching the top speed of 273 kph, speed at which the car is still fully maneuverable, keep in an excellent way the trajectory thanks also to the rear active wing. Can be said that the C40 R is a valuable oppenent of the Porsche Cayman GT4, which has a better top speed but am inferior 0-100, which is 1 second more than the MCF.
The more racing DNA is confirmed by an astonishing 1:19:29 at the Airfield which is, to giving you a benchmark, just 0.2 secs under the 458 Italia and 0.2 secs less than a Gallardo LP560-4.

To demonstrate that MCF is doing things really serioulsy, the 40R is equipped with a special shift lights set, for a even more superior racing impression. MCF is rumored to be taking a C40 R to the Nurburgring to mark a lap that could be a new benchmark for sportscar like this. 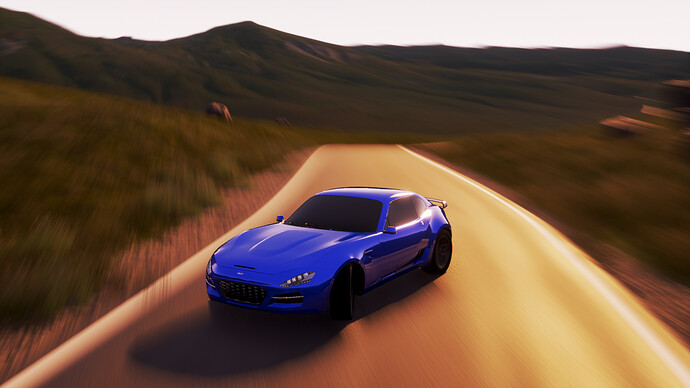 It’s rather strange to find in the market a naturally-aspired straight-six,

That feature reminds me of the Speed Six TVRs of the Noughties, but…

If they want to really satisfy the purists, they should make an RWD version of the six-cylinder model - it won’t be quite as quick off the line, but it will definitely be lighter and hopefully even more fun.

they should make an RWD version of the six-cylinder model

Who knows, maybe it’s coming next