A large executive car, the bread and butter of the Australian automotive industry, intended to compete with the Holden Commodore and Ford Falcon. Very popular as a police car and among bureaucrats and government officials. 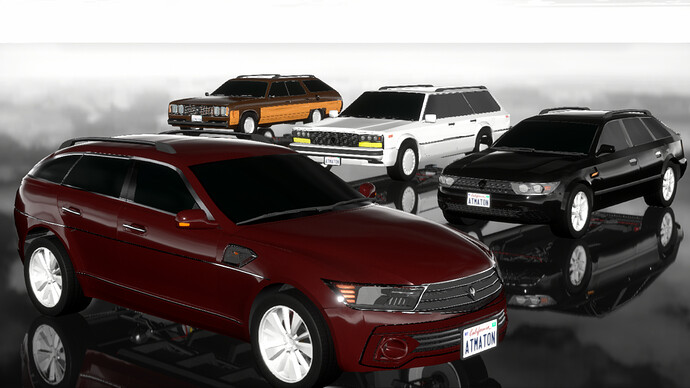 An agreeable, middle of the road family car, which in certain specs can turn into a very competitive premium sports sedan on par with comparable Audis and BMWs in every way other than price: its retail price is more in line with a well equipped family sedan from a non-premium brand. MTC believes that with this approach, they ate killing two birds with one stone, and I’m bound to agree.

A sensible, affordable compact car with some trademark offroad capability and rally heritage.

An affordable and fun AWD subcompact 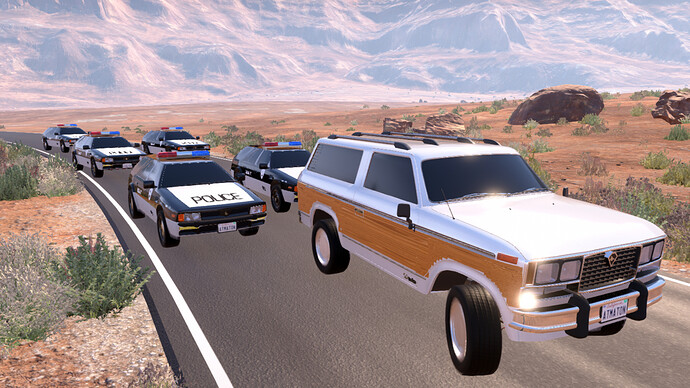 Rugby player AJ Dimpson’s great escape , chased by police through the Australian Outback in his Grand Navajo after being suspected in the murder of his wife

[Placeholder for the MTC Grand Blackhawk]

[Placeholder for the MTC Grand Chinook]

A no-nonsense heavy duty cheap offroader, available in pickup or 9 seat SUV form, targeted at the American and Australian market. Powered by a 4.0L pushrod boxer 6

A van with a plan.

On a regular full-sized passenger car, this kind of construction would not make much sense in reality - most (all?) manufacturers use a full unibody construction for such cars nowadays, although Ford’s Panther platform (which underpinned the Crown Victoria and Lincoln Town Car) used a traditional ladder frame instead. In that sense, the Tomahawk Trailmaster is part Crown Vic, part Falcon FG/Commodore VE. However, the combination of a light truck monocoque and live rear axle makes it more durable than Euro and Asian equivalents when driven off-road.

As for the rest of your range so far, here are some of my thoughts: