My next event will now officially have a lawnmower class to compete in. 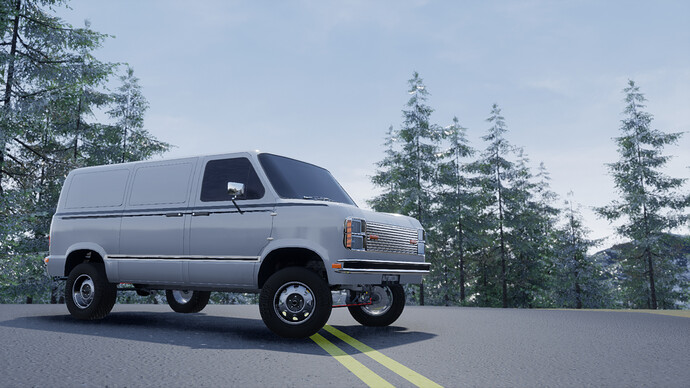 HighresScreenshot000241920×1080 731 KB
The 1990 MEN 176X, actually a rebranded ACA Ecoflow from 1979. Soon after the Solidarity movement succeeded in removing the Communists from the Polish government and the economy became less restricted, MEN was forced to rapidly modernize their fleet made of almost entirely aged soviet vehicles. They began negotiations with several other companies to borrow tech and import vehicles, the first of these deals to bear fruit was with ACA to import old Ecoflow vans, and re badge them as MEN vans. 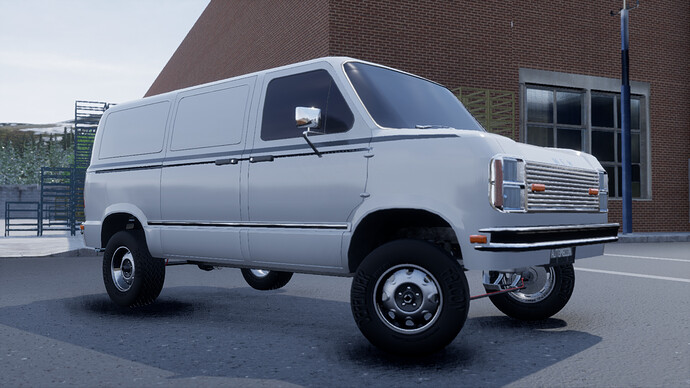 Changes from the ACA ecoflow to the MEN 176X include changing the 440 V8 to run on 80 octane Soviet fuel, adding a standard 4WD system with locking differentials, an offroad skidplate to protect from the damaged roads, as well as larger, offroad tires and raised suspension to deal with the potholes. The vehicle was very thirsty, only getting 8MPG, however it served as a halfway between a standard small utility vehicle and a much larger Lorry. 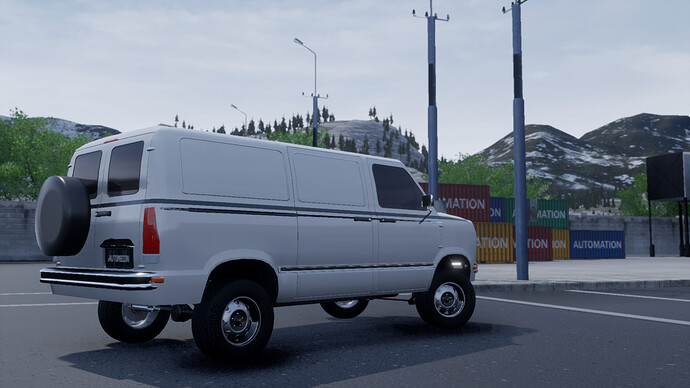 Do you even lift, men? 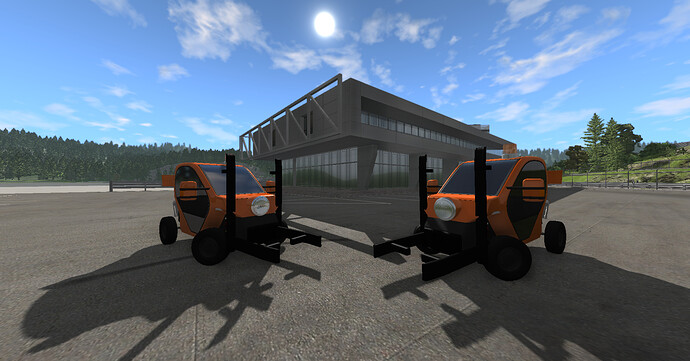 screenshot_2019-01-16_16-59-491884×986 565 KB
MEN’s Large Electric Forklift gets the job done, quietly and reliably. With 12,000 pounds of lifting power, its a zero-emissions ride that is perfect for your toughest warehousing challenges, even in the food and beverage industries. It speaks softly and carries a big lift. 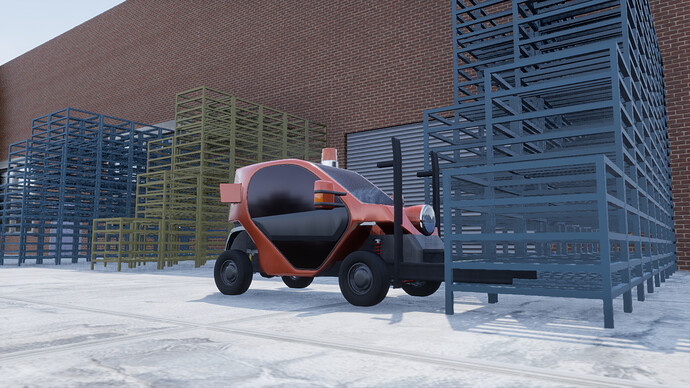 The ruggedly designed MEN Large Electric forklift has been built to withstand your toughest warehouse jobs while keeping the operator comfortable and emissions at bay. Just like a car, truck or another motorized asset, periodic maintenance, service and upkeep is required, even under normal operating conditions, to keep your MEN Large Electric Forklift operating to peak performance. It is not uncommon for MEN forklift owners to well exceed 10 years of use, as long as the forklift is properly maintained. Paired with a Planned Maintenance (PM) Plan, the Large Electric Forklift can be an asset for your company for years to come. 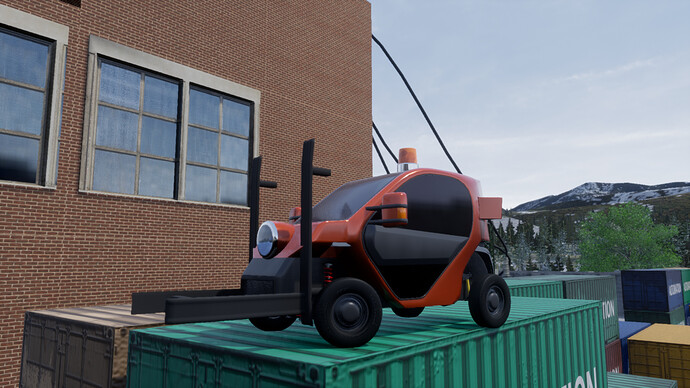 Prices start from $12,990, with discounts for larger fleet purchases.

how do we top this 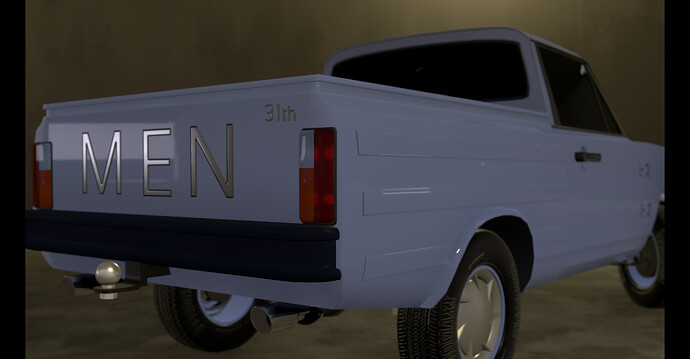 To Celebrate the 31th anniversary of the Polish People’s Republic, the Soviet Agitprop department commissioned MEN trucking company to celebrate the occasion with a special edition 1260X, initially pitched as a more sporty, exciting and prestigious model of the original 1260X, however it quickly became watered down and the only marginal differences would see the light of day, such as 4 horsepower over the standard edition, 31 vs 27, twin stainless steel exhausts despite only one being functional, and decorative steel wheel covers. Also the 31th special badging. All 31th Anniversary models come standard with 4WD and locking differentials, both optional on the standard car. 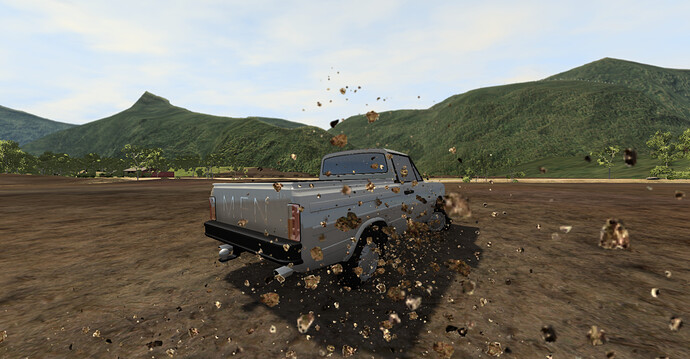 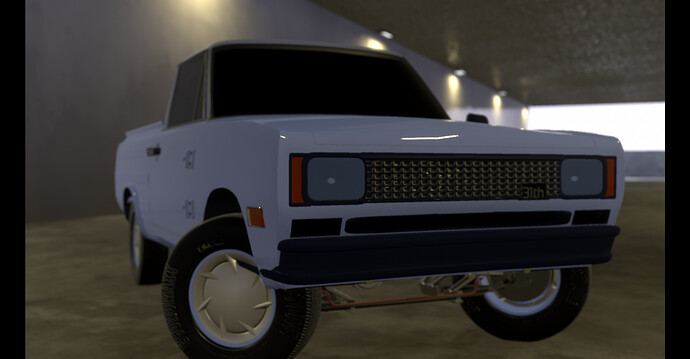 The Armored defense vehicle with a soul! 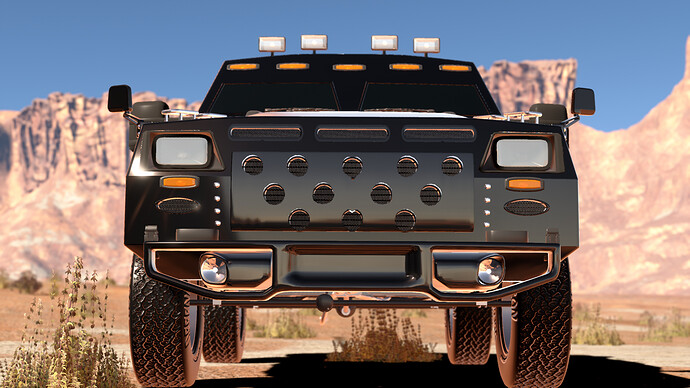 The MEN MualRV is tactical armored light vehicle, for both civilian and industrial use. With standard B7 Armored window protection, and IED resistant STANAG 2 underbody protection the MUAL-RV is Policja tested and street proven. 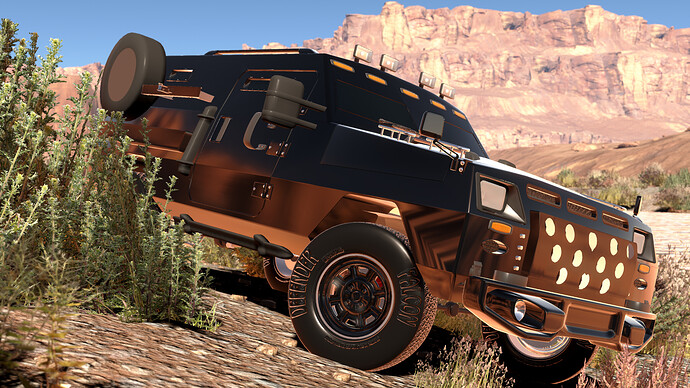 Powered by Men’s Hussar 6.7L V8 Turbo diesel, with 385 Horsepower and 785lb/ft of torque, as well as 4.75 rear gearing, The MUAL-RV can not only move itself wherever necessary with extreme haste. What’s more, it comes with selectable 4WD which can be changed on the fly, as well as high and low transfer case, for response over any terrain. The MUAL-RV is speed rated for up to 85MPH. It also weighs 7220kg with a GVW of 8730KG. 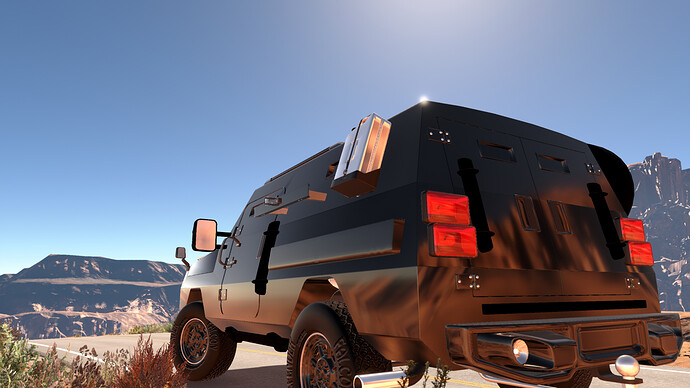 Contact your local MEN logistics dealer for pricing of the MUALRV Today! 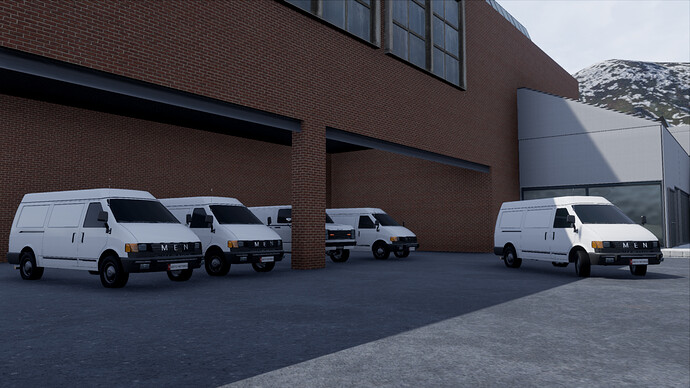 For nearly the entirety of its existence, workers in the eastern bloc had little choice other than the MEN vans and trucks. However, during the late 70s, more and more began turning to imported vans from China and other socialist countries. To combat this, more funding was given to MEN to develop a new Urbvan and keep the manufacturing industry afloat. However, as the Soviet involvement in Afghanistan developed, funding was shifted away from the Urbvan project and toward vehicles suitable for the conflict. The end result was the Urbvan LD, after almost every corner had been cut to get it to production.

It used a 3.2L 6 Cyllinder engine with much more power than any predecessor. 112 Horsepower. And the MEN engineers (Or Mengineers) were forced to reuse the existing 3 speed manual to save on costs. It had solid axle suspension all around, in part due to save development costs, in further part to handle the tough, poorly maintained roads. All Urbvan LDs were equipped with 4WD with transfer cases to give the engine more punch when needed. 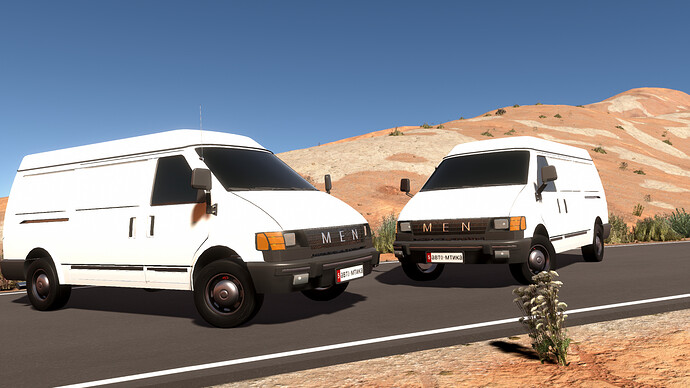 Function-wise, the Urbvan LD was acceptable. However complaints of refinement, break downs and poor build quality, the issues that drove up the popularity of imports in the first place, were not addressed. Most who purchased the Urbvan LD did so out of nationalistic defiance, and probably would have had a certain song about a siege playing on the radio, had the van come with one as standard…

You can’t upload MP4 files onto Discourse. You have to hyperlink it through a third party site like streamable or YT. 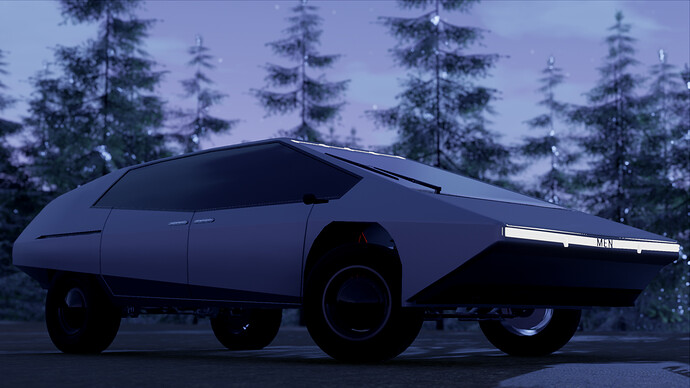 It’s time to be upgraded.

A better future awaits us with the MEN CYBER_MEN. Our commitment to electric vehicles has driven us to find the future. And the future is in the past. We saught the advice of our best, most forward thinking and infuential designers, then locked them in a padded white room, with naught to design the Cyber_Men but a straight ruler and a pencil. 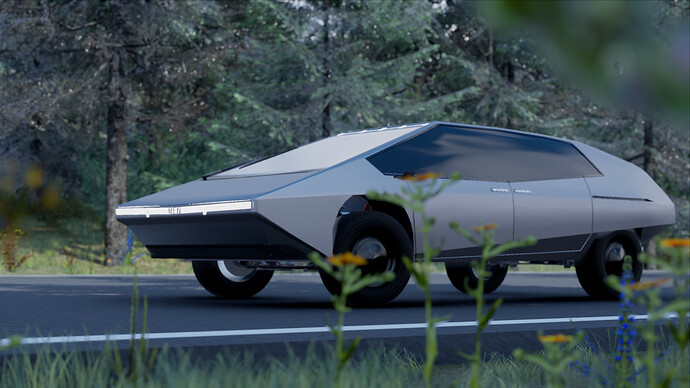 All Electric. All MEN.

With 0-60 in under 3 seconds, thanks to 4 individual motors. One on each wheel, to perform All Wheel Drive. EPA range will be roughly 400 Miles. More specs will come as the CYBER_MEN nears release. 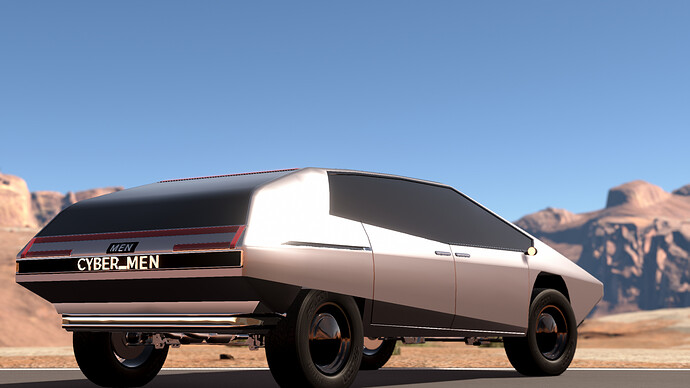 Ruggedness to a whole new level.

Look, we get it. You can’t drive to save your life. So the MEN CYBER_MEN is made of dent resistant steel, leaving you free to crash into as many filthy peasants backwards progress haters as you want. Then, post the video on Teslarati thanks to our integrated video dash-camera system, and claim it was their fault. And, by association, all drivers of petrol are irredeemable jerks who are out to get you!

But don’t worry. Even if the truth does catch up to you, the CYBER_MEN is bulletproof. So feel free to drive through those dangerous parts of town where people don’t have the sensibility and dedication you do to work hard and buy electric cars. 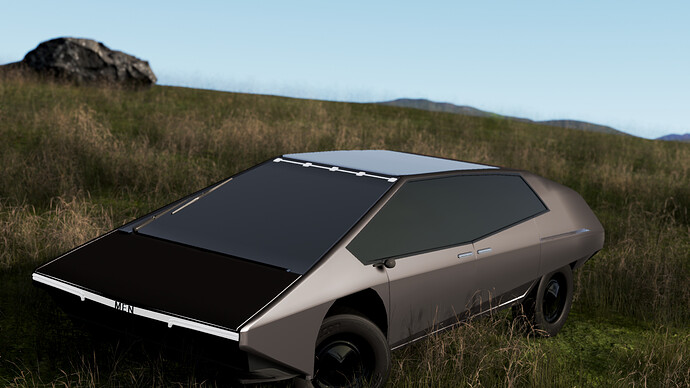 Visit the MEN website to give us free money for the promise that we may one day make this thing if we find it in the kindness of our hearts make a deposit on the CYBER_MEN today!

You did it. You crazy son of a bitch, you did it.

I thought there should be a broken glass… 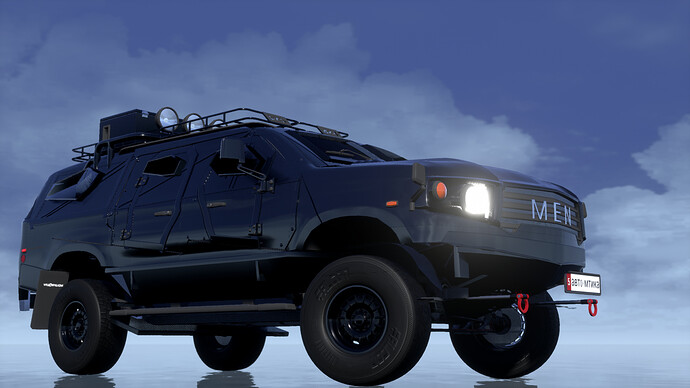 shoutout to @Dorifto_Dorito for the awesome design! 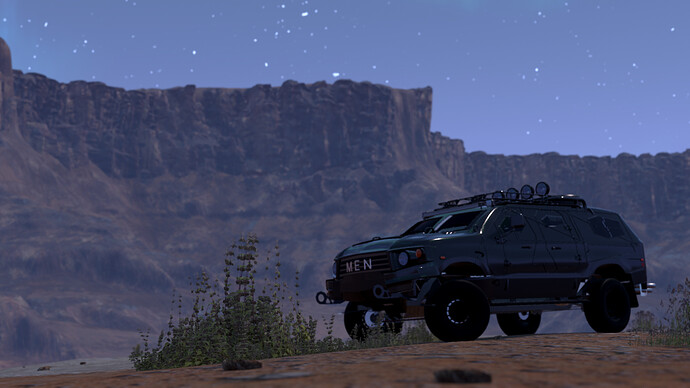 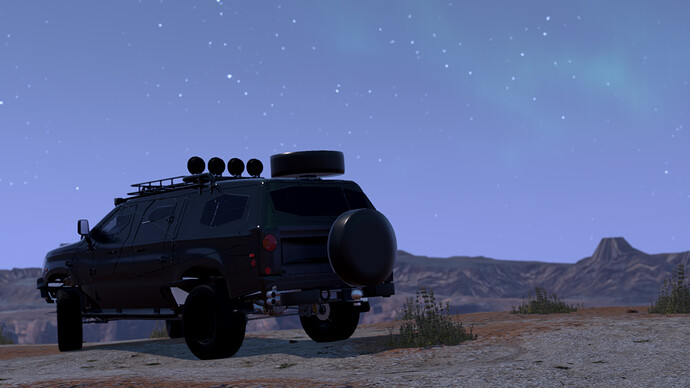 MADE FOR THE CHALLENGING DEMANDS OF THE US ARMY Global Patriot has a defined growth path that will ensure the system continues outpacing the threat through 2048 and beyond. MADE FOR THE CHALLENGING DEMANDS OF THE RUSSIAN ARMED FORCES S-400 Triumf has a defined growth path that will ensure the system continues outpacing the threat through 2048 and beyond.